Early last year, LEGO® introduced a new range of bricks, which have a magnet within them. As well as offering them as simple sets of plain magnetic elements, a special destination magnet set was released in the Leicester Square store. It was later made available across other LEGO retail channels globally. Earlier this year the range expanded to mainland Europe with the Eiffel Tower Magnet set and now there are two new locations to choose from London and New York. The London magnet recreates the iconic city skyline and the New York magnet is focused on the Art Deco Empire State Building skyscraper. Here’s a closer look at both sets. 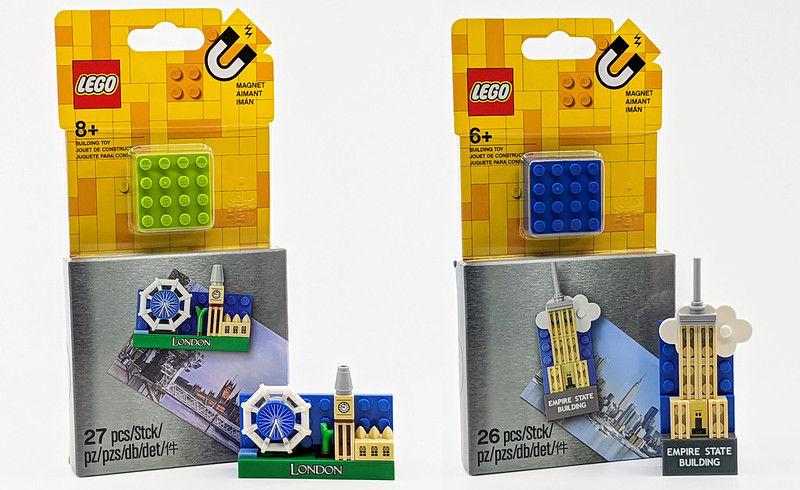 Kids get to celebrate various well-known landmarks with the LEGO® Iconic Landmark Magnet Build sets. Including a magnetic 4×4 brick base and various LEGO building elements. These fun-to-build micro-scale recreations of the iconic global monuments can be attached to a fridge, locker or any other magnetic surface to add a touch of globetrotting LEGO style 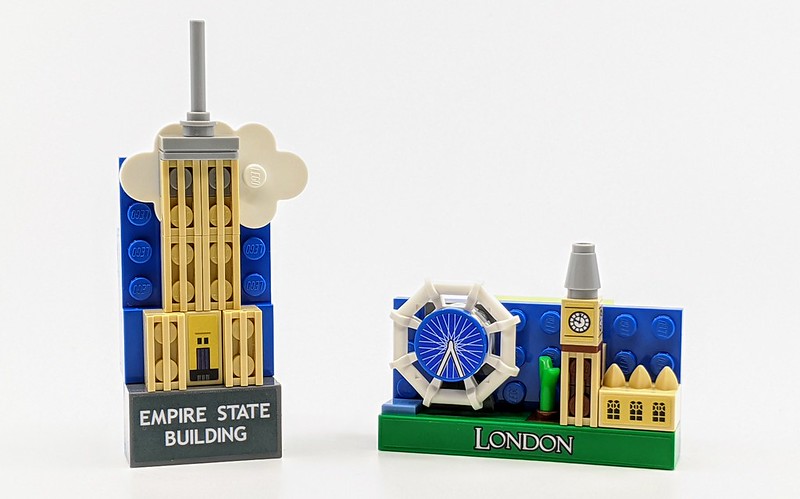 Although the design of each magnet is different, the basis of them is the LEGO magnet. This 4×4 brick features an enclosed magnet within it. As well as allowing them to be attached and displayed on metal surfaces, they also act as the base of the build. Just like the Eiffel Tower magnet, these two new sets are also based on iconic landmarks. 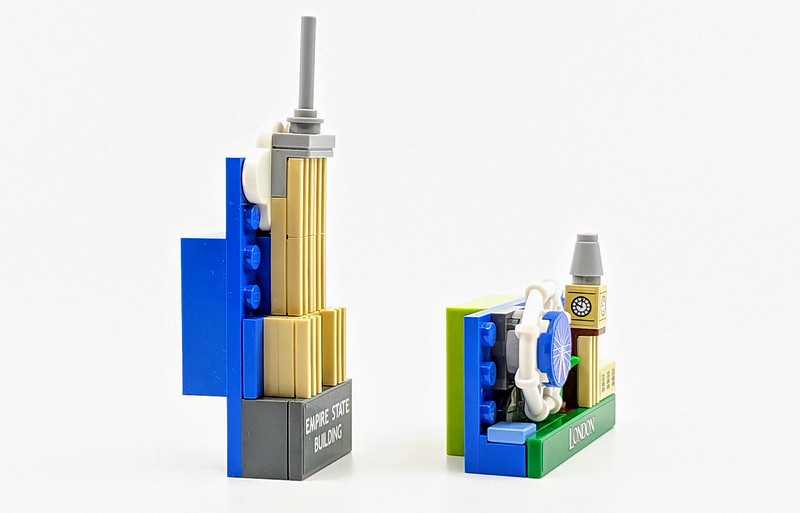 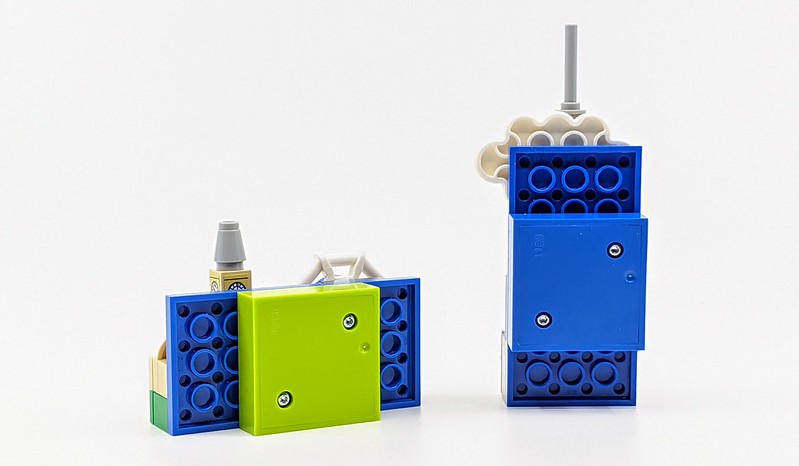 London is filled with iconic landmarks so it’s no surprise that the magnet based on the location is based on the skyline instead of just a single landmark. To be fair, if the set was based on just the Big Ben tower it would look to similar to the Empire Stae Building magnet. So the London magnet includes the smallest LEGO version of the famous bell tower which houses the Big Ben bell and is joined by the ‘Lastminute.com’ London Eye big wheel. The simple use of parts does a pretty decent job of capturing the appearance of both landmarks. With much of the details achieved with stickers, yes there’s a sticker for each of the clockfaces. The whole thing is finished off with a 1×8 flat strip, on which you’ll place the London place name sticker. 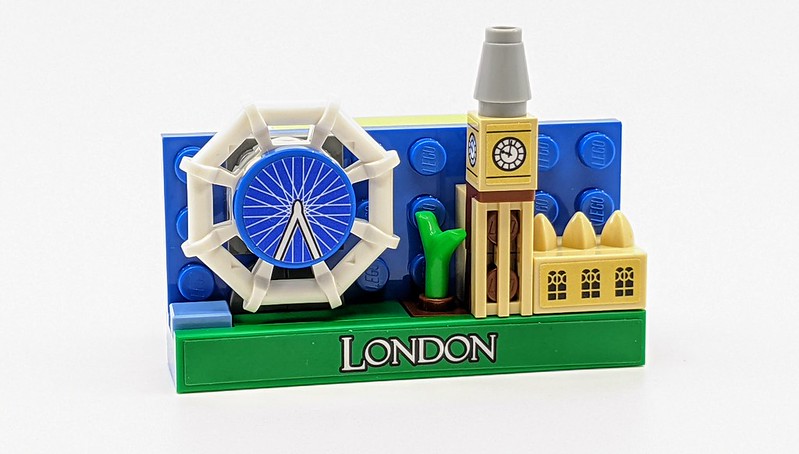 A quick trip over the Atlantic Ocean and we arrive in the US, with a magnet set based on the famous Empire State Building. This 102 storey building has stood tall over New York since the 1930s. Obviously the magnet is on a much smaller scale but I do like how the Unikitty cloud plate helps to give it a little loftiness. The various grate elements are the perfect way to recreate the style of the Art Deco building. A small sticker on the building recreates the entrance and another shows off the Empire State Building name. 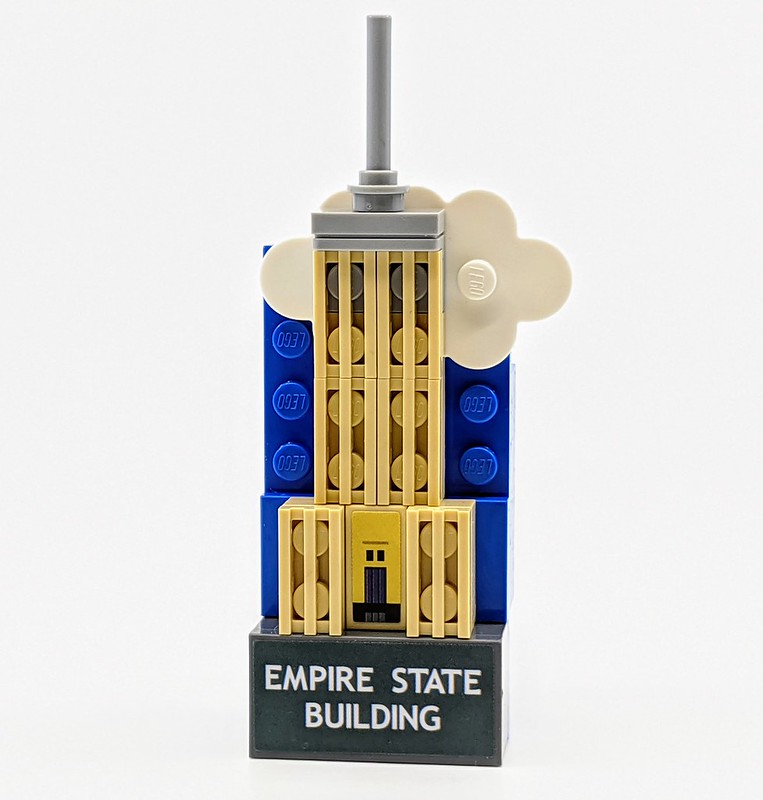 When the LEGO store opened in London’s Leicester Square, I thought it needed some sort of touristy things to sell alongside normal LEGO products and these sort of small sets are perfect for that. I welcome the option to buy them online as it certainly saves on any airfare, not that people will be travelling much nowadays. As a build, they won’t take you long to put together, but the end result is rather nice looking. Despite being built with minimal elements, you can tell what each magnet is meant to represent. They certainly look nice alongside the London Bus and Eiffel Tower magnets. 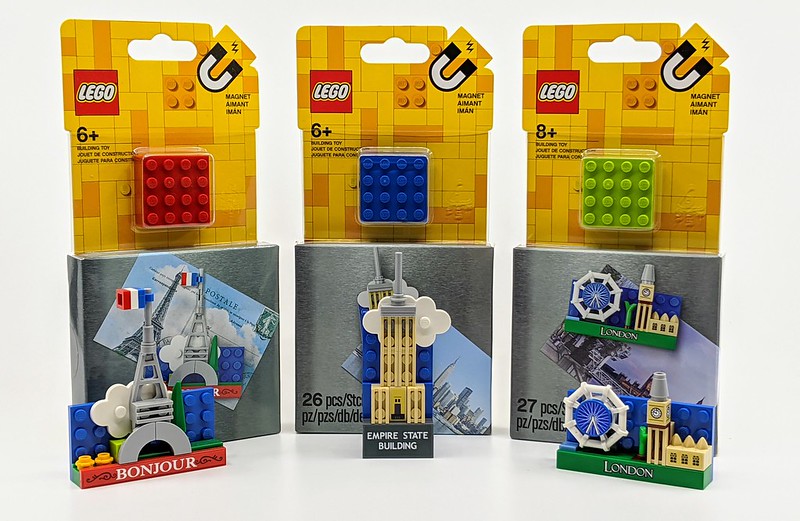