Since LEGO® House opened in Billund, it has sold sets and other souvenirs found exclusively in its onsite LEGO Store. As with many attractions and theme parks, the only way to purchase these exclusive goodies would be to visit the location selling them. However, since Covid-19 shut down LEGO House things have changed. It was announced a few weeks that the current three sets found exclusively at LEGO House, would be made available online for a limited period. These include the LEGO House Architecture set which sold out rather quickly, along with the Tree of Creativity and LEGO House Dinosaurs sets, both of which are still available. I’ve had the Tree of Creativity for a while and ordered the Dinosaurs set online, so decided to build them both and do a short review of them. 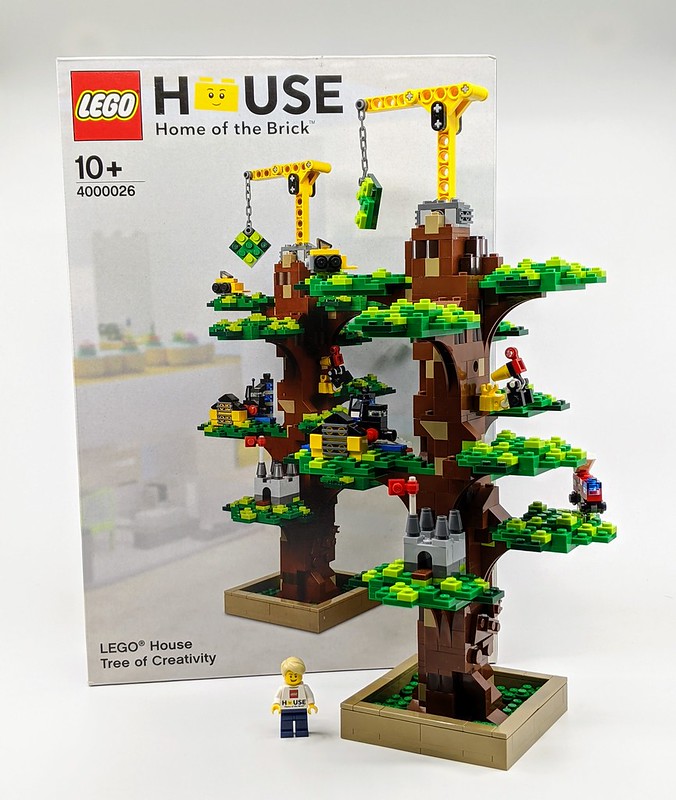 Standing as the focal point of the LEGO House, the Tree of Creativity is a huge structure which celebrates the history of LEGO. It also distils the essence that from the smallest of things, big things can grow. So it seems only fitting that the first exclusive set to be created for LEGO House would be a smaller-scale version of the tree. But this isn’t the first time the tree has been a set. A slightly bigger and more detailed variant was created as a LEGO Inside tour gift. The retail version isn’t greatly different and has the same basic design. 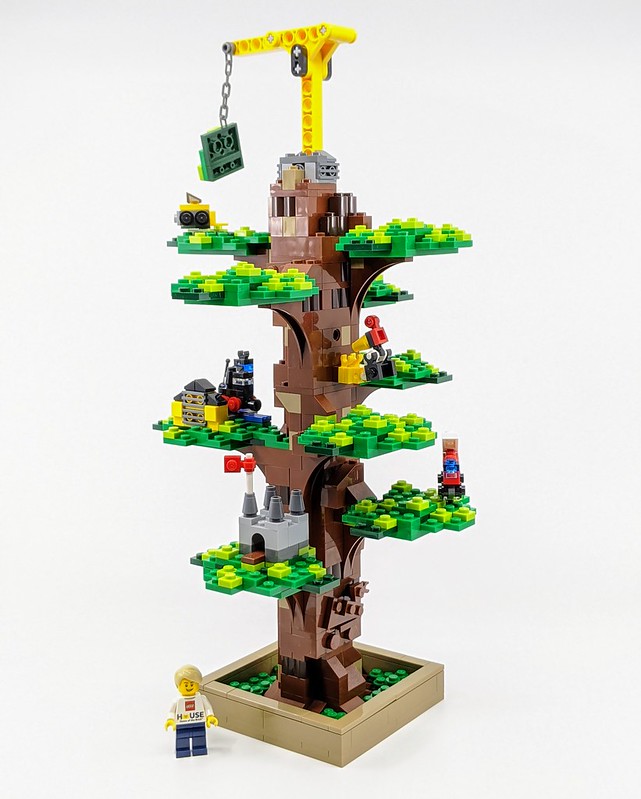 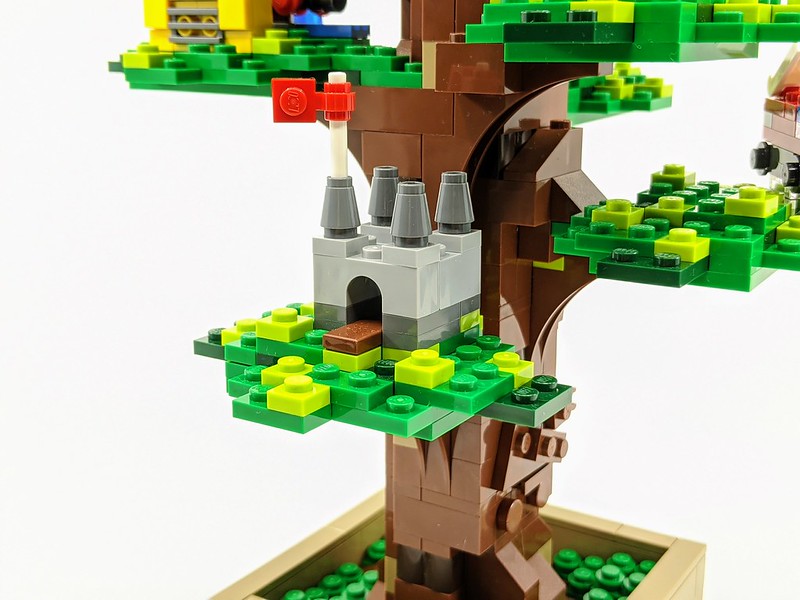 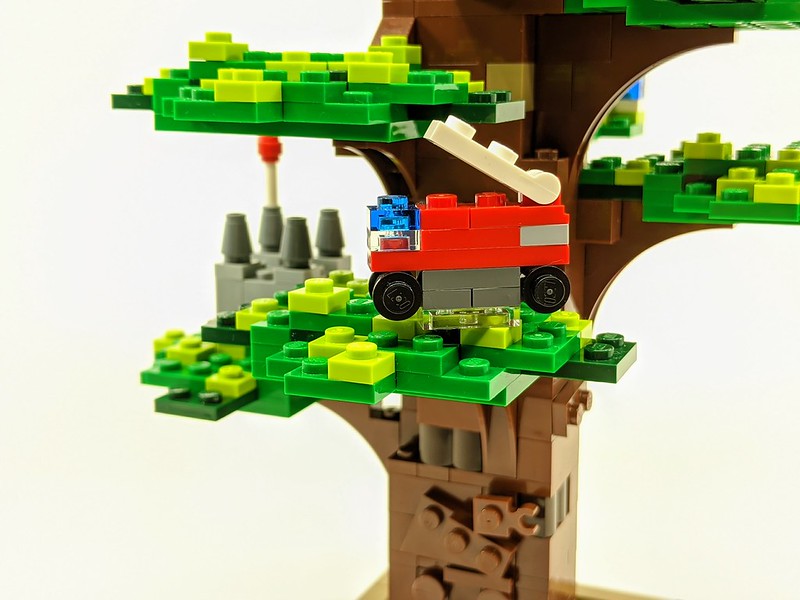 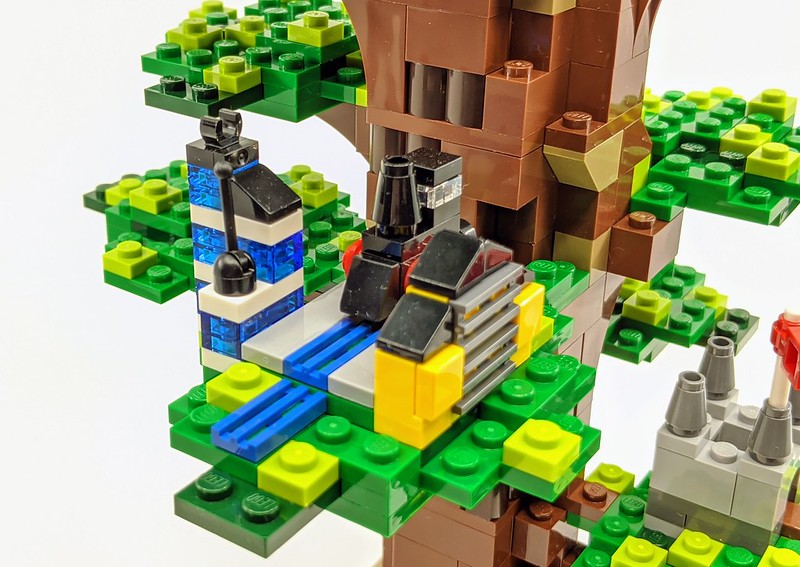 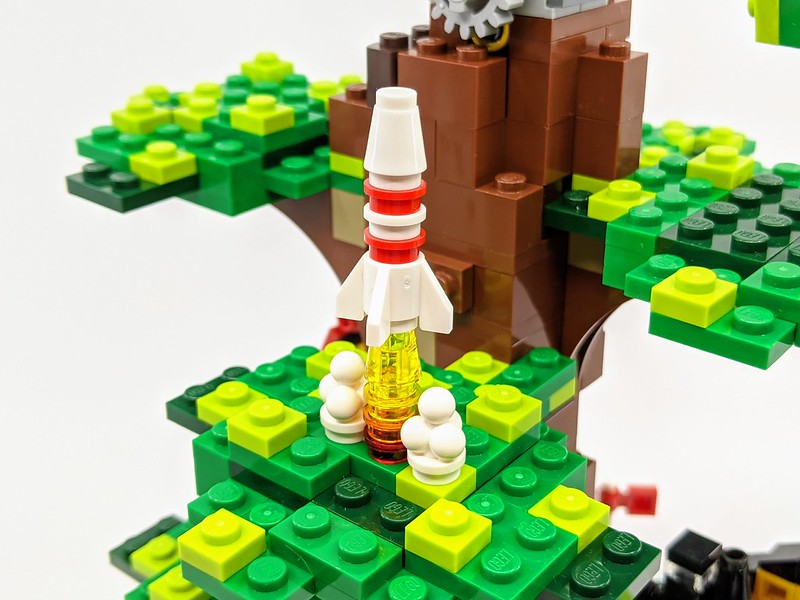 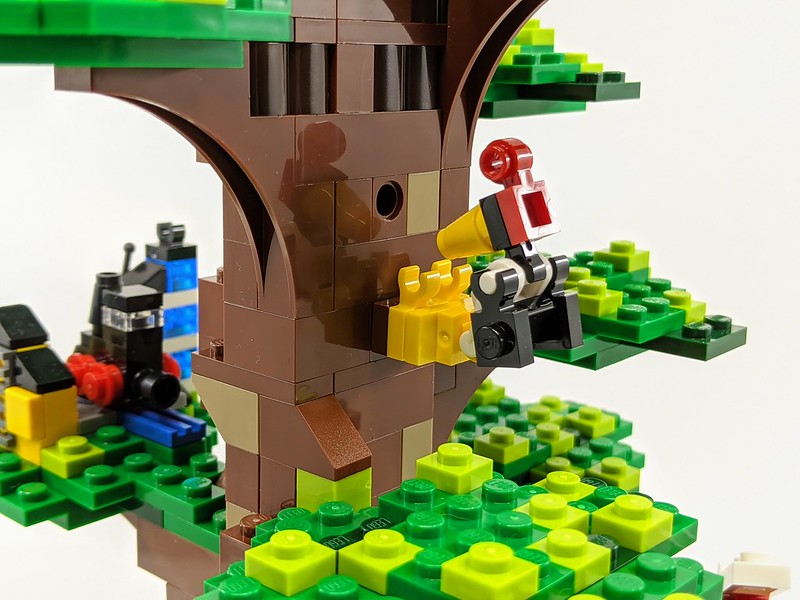 Just like the larger tree, it’s based on the set features a central trunk and a number of branched platforms, each of which features mini versions of various LEGO sets. These include a Fire Engine, Castle, Rocket, Construction Vehicle and a Train. They can be attained to various LEGO themes, but don’t really connect to any particular set. The whole thing is topped by a crane, showing that the build is never complete. There is also a generic Minifigure included with the set, which features the LEGO House logo on the torso. 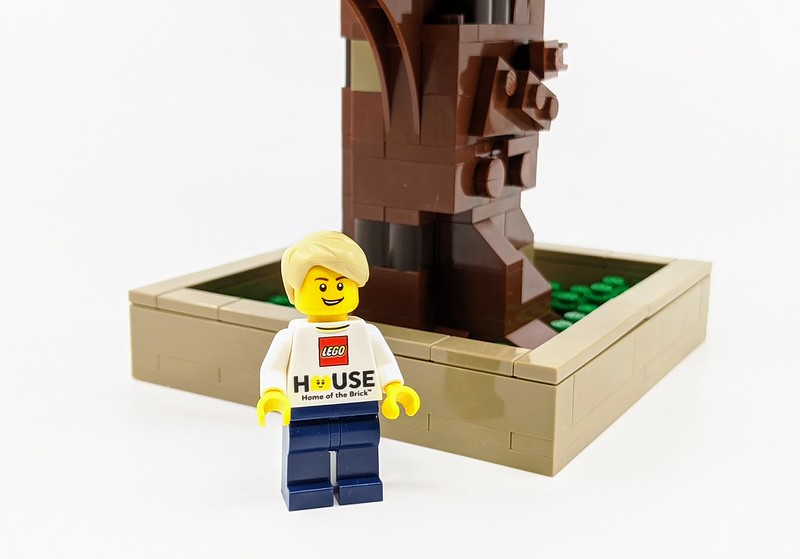 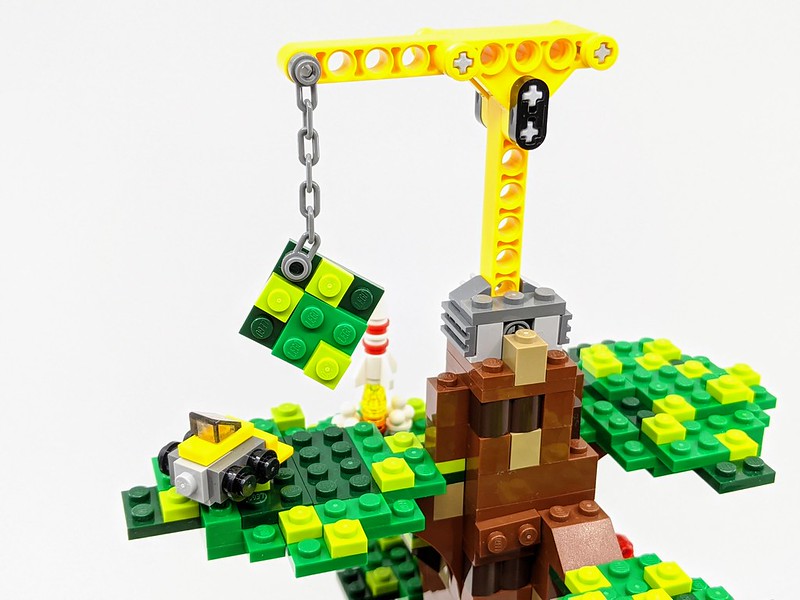 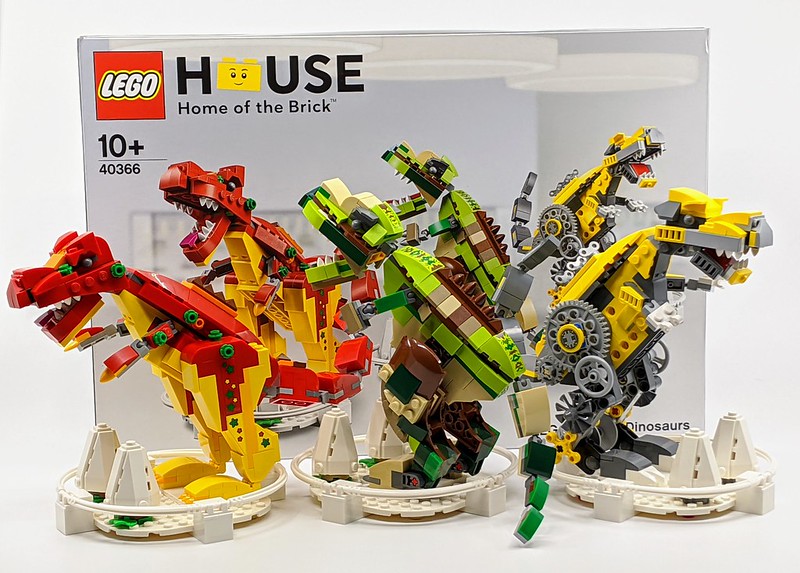 Alongside the Tree of Creativity, the LEGO House also features a trio of large-scale, brick-built dinosaurs. Each is built with elements from the three key LEGO play systems – DUPLO, Technic and System bricks. This gives each creature a unique appearance, which isn’t easy to achieve on a smaller scale. But they are a key element of the LEGO House’s Masterpiece Gallery and so make for an interesting second LEGO House exclusive set. 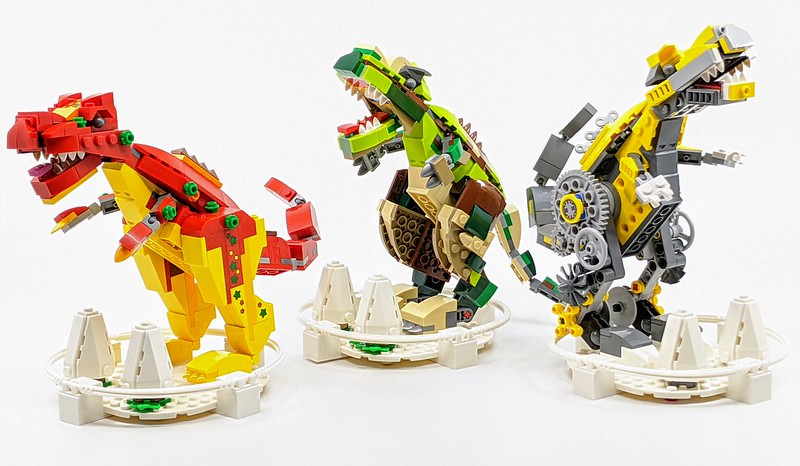 As mentioned above the big builds this set is based on uses elements from three different systems of bricks. Something which isn’t possible to repicate with the same elements on a smaller scale. Instead a mix of standard LEGO pieces and Technic elements are used to create each dinosaur. The result is surprisingly effective, with each of the builds looking different enough from each other to partly recreate the use of different LEGO systems. Each dinosaur stands on a circular white display plinth and a couple of eggs. 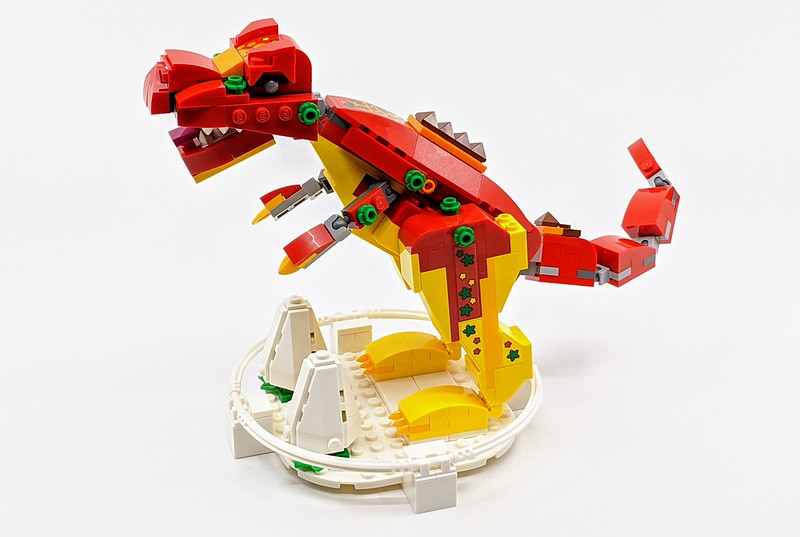 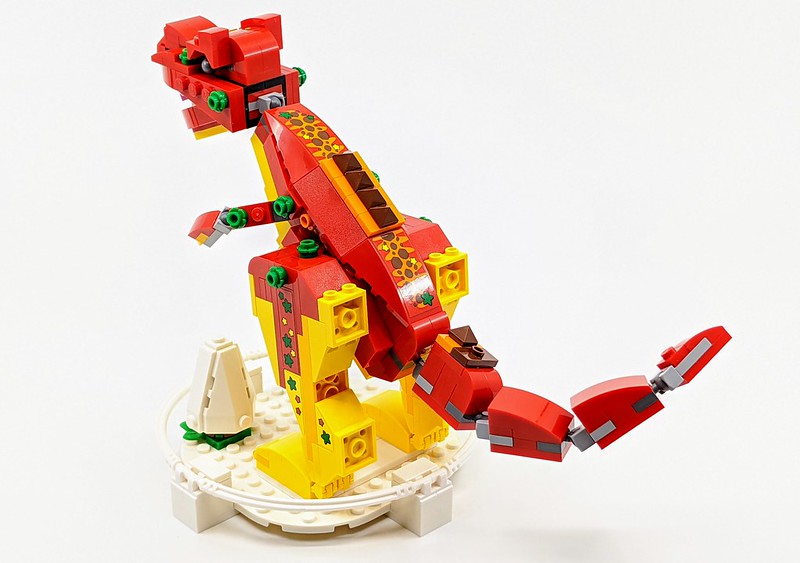 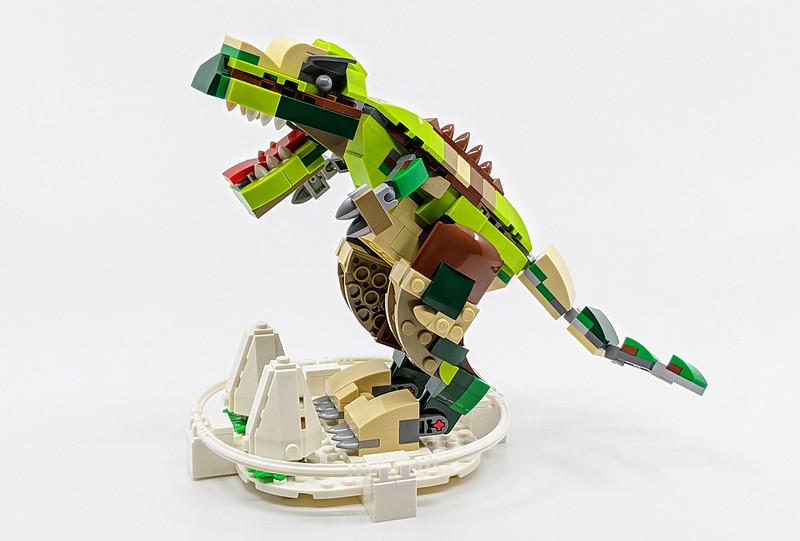 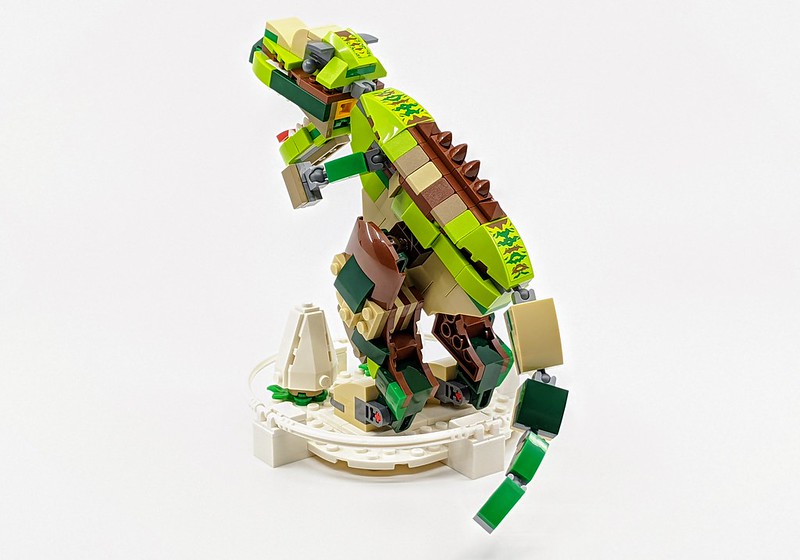 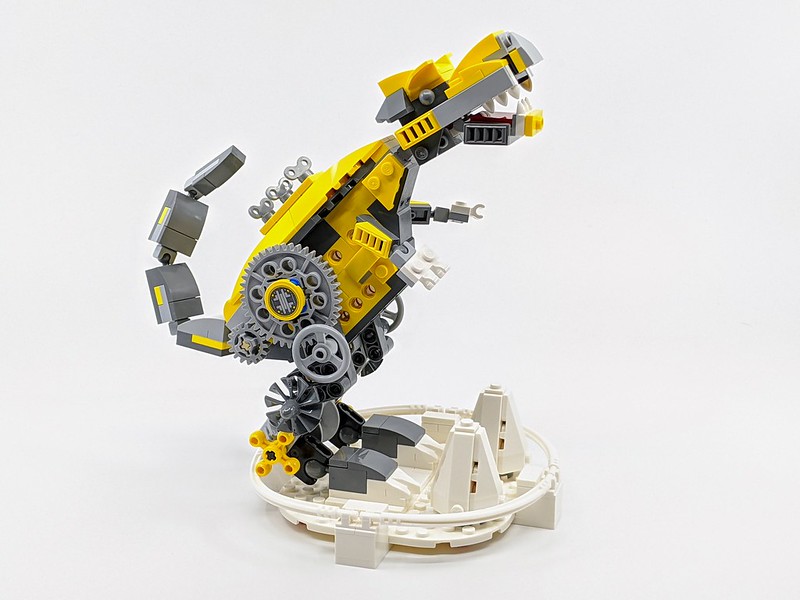 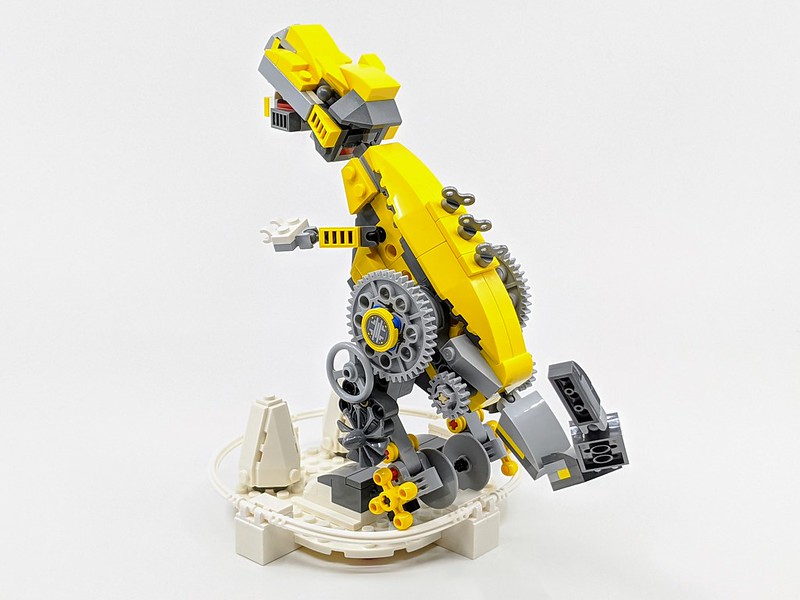 Depsite all the foray surrounding the sets being made available online, I personally welcome the chance to be able to complete my collection. I was lucky enough to have someone I know visit LEGO House and get me the Architecture and Tree of Creativity sets. So just needed the Dinosaurs. I was surprised at how much fun the tree build was but prefer the overall look of Dinosaurs. The higher price of the Dinosaurs set is very off-putting, but I guess you don’t need to pay for a flight over to Billund to buy it. With LEGO House set to reopen next month, I would assume both these sets will soon be removed online and once again become exclusively available in the LEGO House store. So if you plan on adding them to your collection get your orders in sharpish.