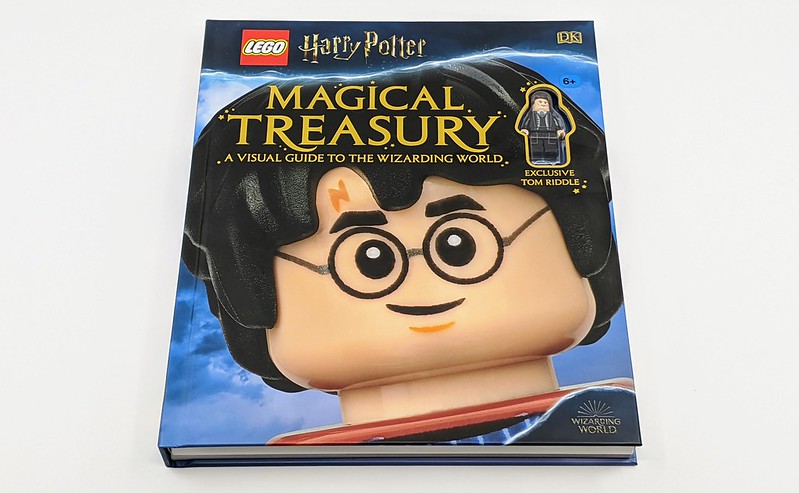 A spellbinding book featuring the very best sets and minifigures in the LEGO Wizarding World – plus an exclusive minifigure from the LEGO Harry Potter theme for your collection.

Packed with sets, minifigures and magical accessories from the LEGO Wizarding World, DK’s LEGO Harry Potter Magical Treasury covers the very best of the LEGO Harry Potter theme – from a Hogwarts castle with over 6,000 pieces to a perfectly moulded minifigure-sized wand.

Learn how these magical sets are created in a behind-the-scenes chapter, which features an interview with the award-winning LEGO Harry Potter team.

DK has been publishing interesting LEGO books for many years now. They are often packed with great imagery, LEGO facts and exclusive LEGO elements. The Magical Treasury includes all of these and takes a detailed and informative look at the many sets and Minifigures released in the LEGO Wizarding World of Harry Potter theme. Chapters focus of characters, locations, the Fantastic Beasts spin-offs and best of all a feature around how the LEGO Harry Potter Design Team go about crafting all these magical new sets. 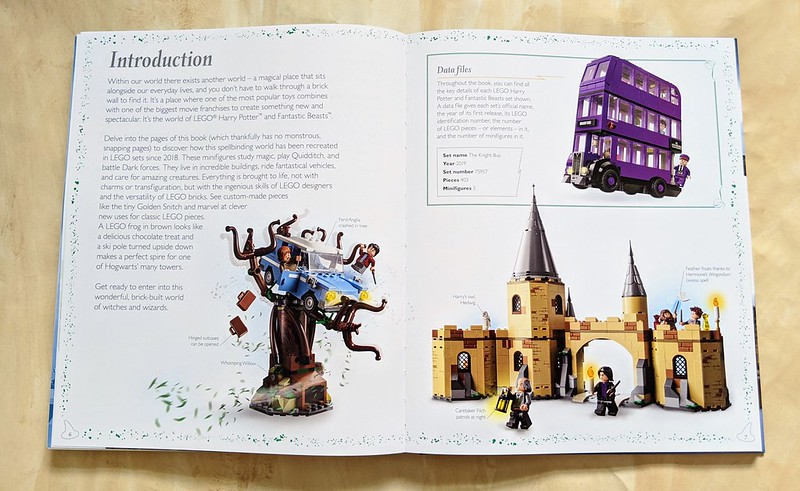 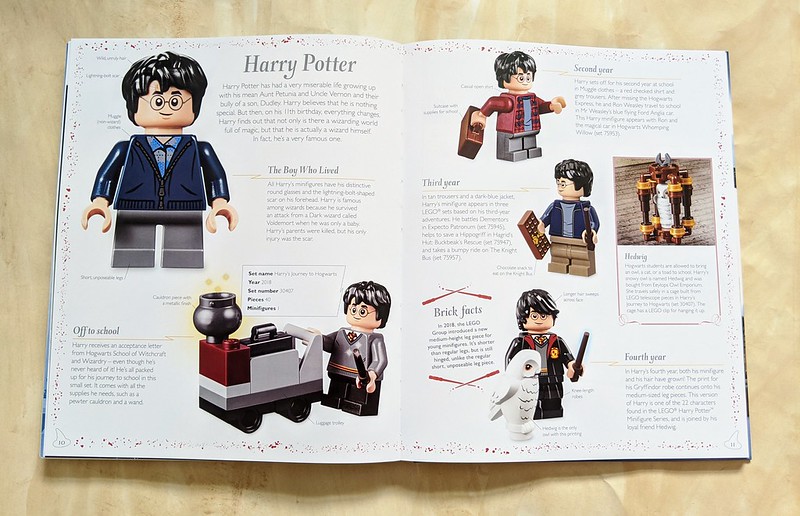 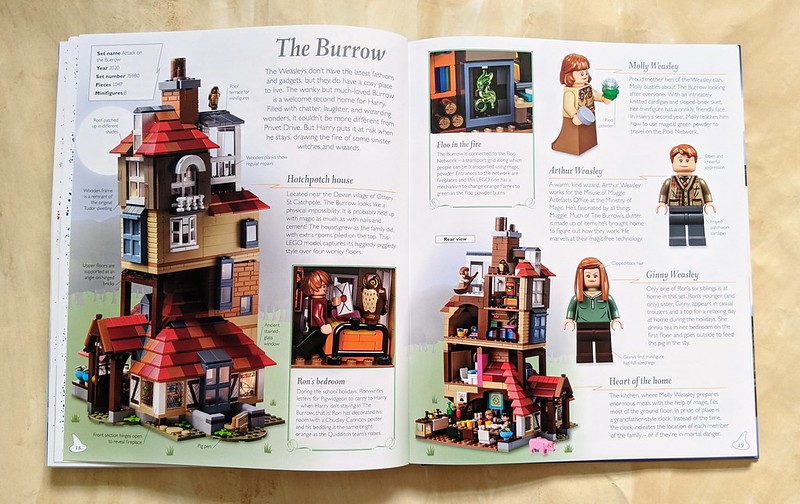 Pages are filled with various images and information. One thing I like are the images used, DK can something use stock images of LEGO products. Although that is partly the case here, unlike some of their other books, they don’t just look like they have been slapped on the page and surrounded by jazzy colours and words. Most of the pages include a Data File boxout, which details year of release, set number, piece count and included Minifigures. There are also Brick Facts which are more connected to behind-the-scene information. 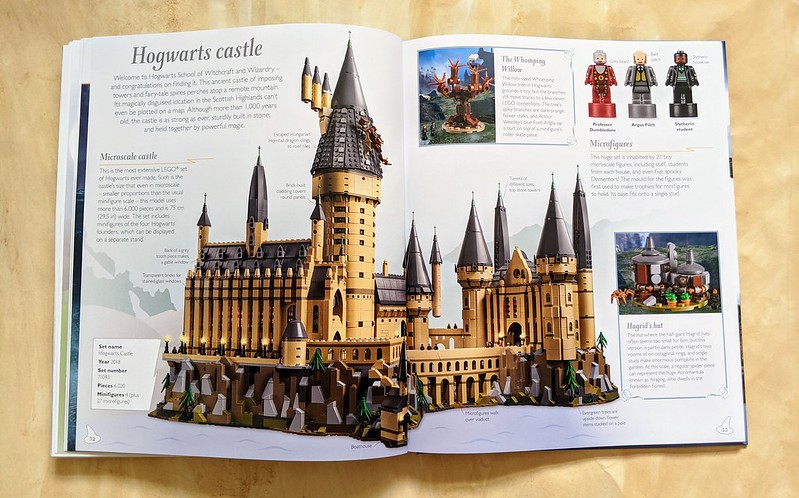 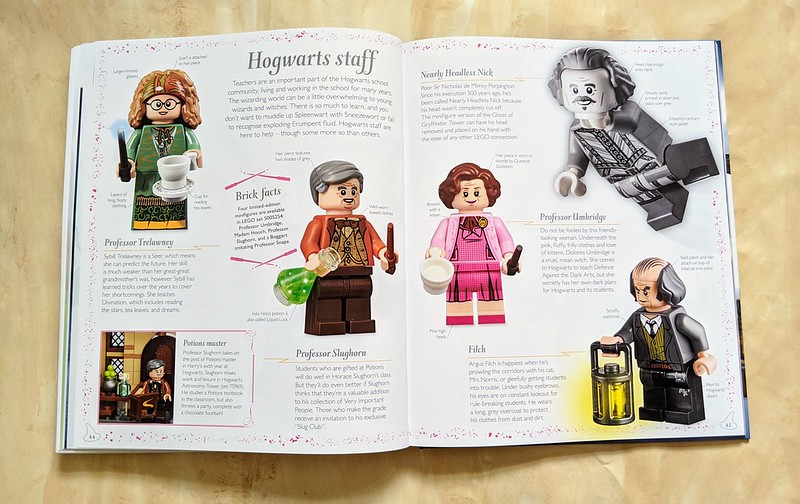 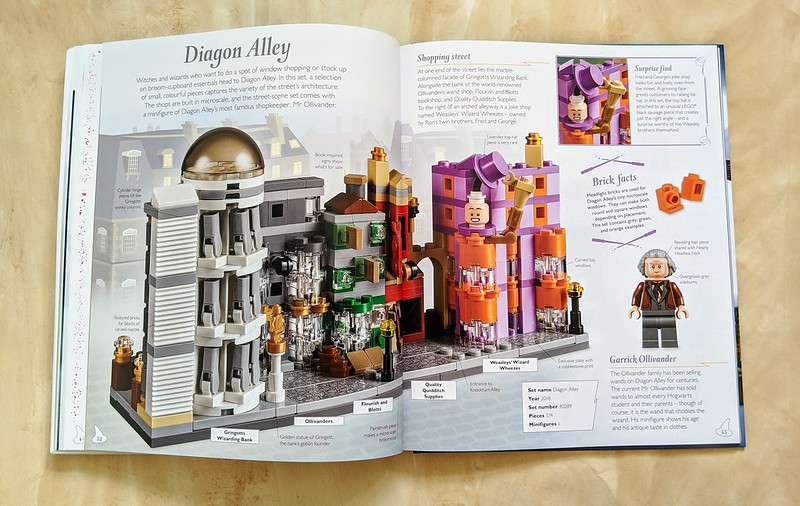 But Brick Facts aren’t the only peek behind-the-scenes. The book features a few pages dedicated to the LEGO Design Team behind the LEGO Harry Potter theme. This offers an insightful chat with some of the people who have worked on various sets and offers a great chance to see the work which goes into bringing the Wizarding World of Harry Potter to life through LEGO bricks. Finally, you’ll find a Minifigure Gallery, which offers a visual guide to all the Minifigures found across the LEGO Harry Potter theme. 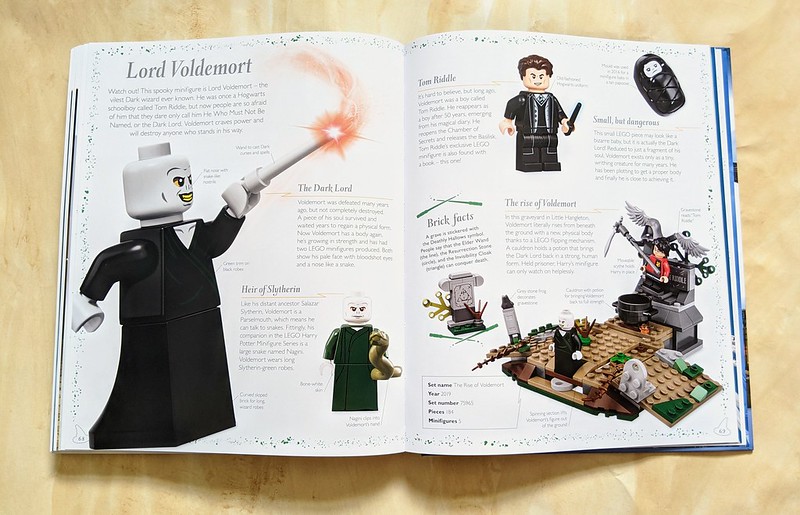 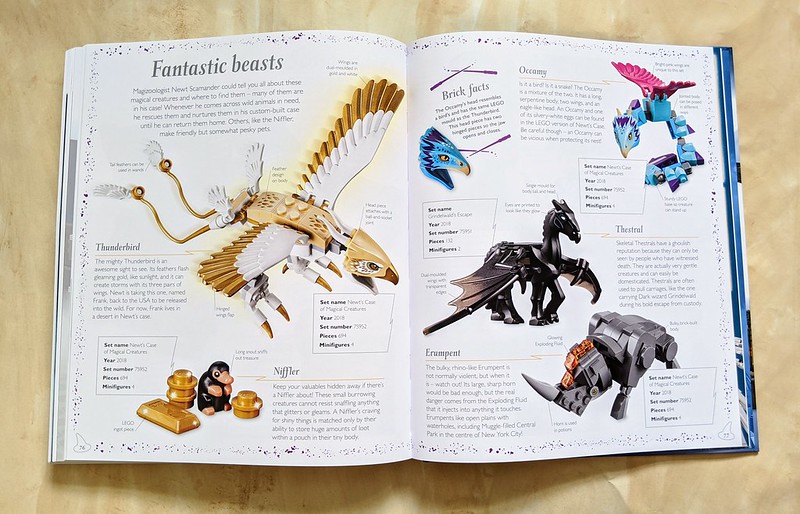 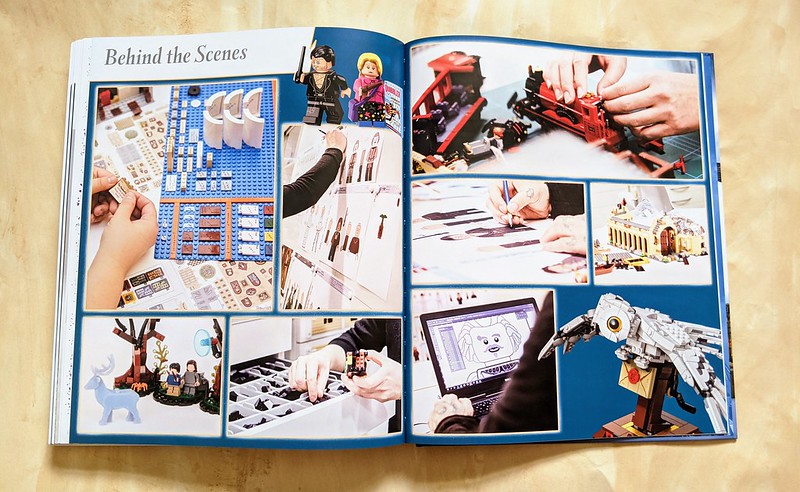 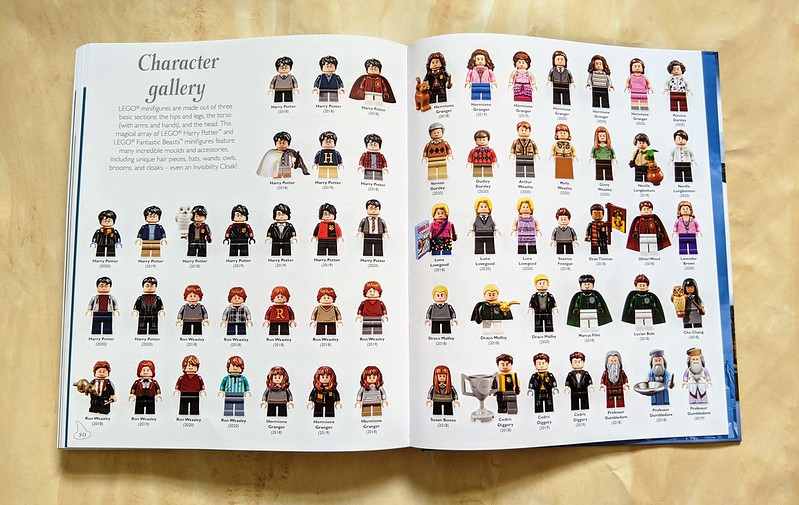 One such Minifigure is found exclusively with this book. Tom Riddle hasn’t been included in any of the current generations of LEGO Harry Potter sets, so it’s a genuinely exclusive character not found anywhere else. Tom Riddle is the real name of a certain bad dude – he who should not be named. Admittedly, the Minifigure does look like a random smart looking gentleman, but for those who are collecting the various Wizarding World characters, he’s a much-needed addition for your collection. 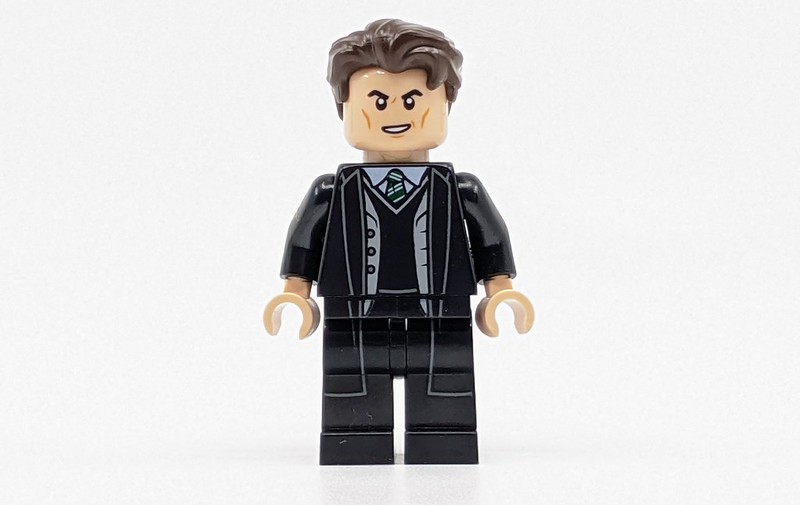 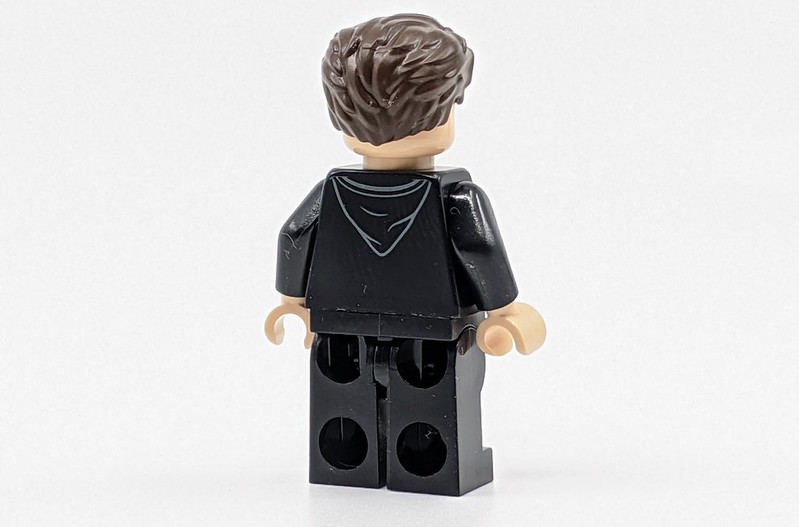 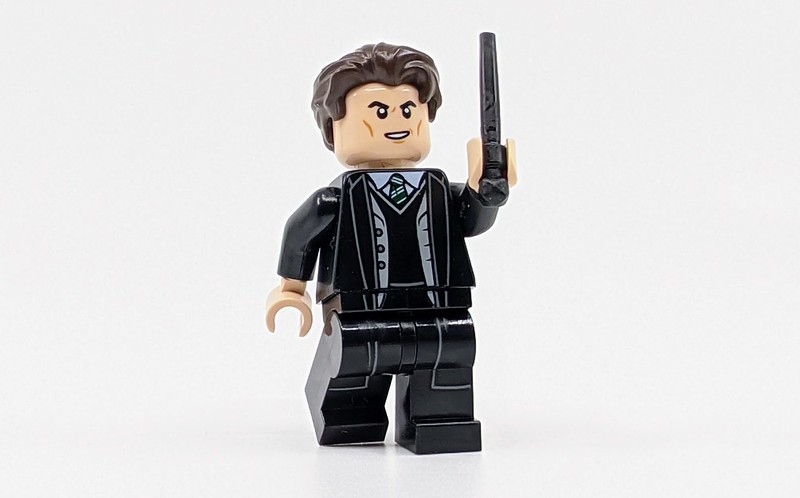 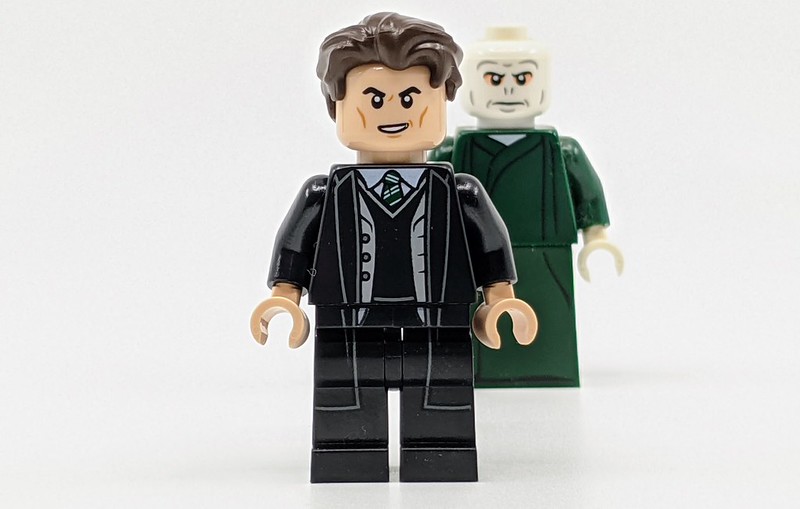 Many of the LEGO books from DK, fall into one of two categories – a great book with no physical LEGO elements or so-so book with great LEGO goodies included. But this is a straddles both. The book is an interesting read for Potter fans, LEGO fans in general and the exclusive Minifigure is genuinely only found on the book. Is it worth the RRP? No, but most Supermarkets offer these new LEGO books at crazy low prices and even Amazon are offering it for below RRP already. The LEGO Harry Potter Magical Treasury is available now from Amazon and all good book retailers.