LEGO At 85: Inside The LEGO Idea House

Home » Features » LEGO At 85: Inside The LEGO Idea House

Earlier this year I had the privilege of flying over to Denmark and spending a few days in Billund – the home of LEGO®. So with the LEGO Group celebrating their 85th anniversary, it’s the perfect opportunity to share our experiences during our time in Billund. Over the course of my stay there, I got to visit LEGOLAND Billund, take a tour of the LEGO factory and have the unique opportunity to explore the LEGO Idea House. This unassuming building can be found in the centre of Billund. Peering through its windows gives up its LEGO connection with a number of old sets on display but it’s not until you venture inside do you discover its amazing secret. The LEGO Idea House combines the original family home of Ole Kirk Christiansen and the original factory and workshop in which LEGO began life as a wooden toymaker. 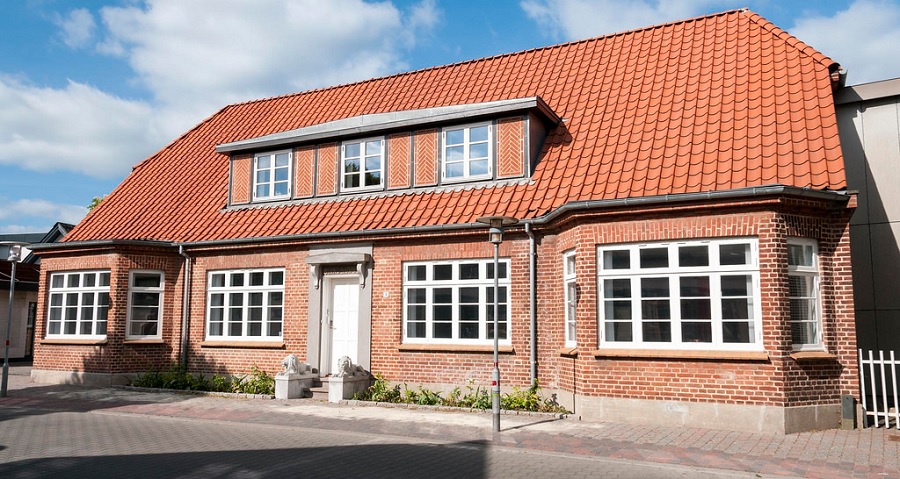 The LEGO Idea House is now a private museum that recounts the story of LEGO from its humble beginnings into the major toymaker it is today. A unique walk-through exhibition is adorned with old photos, promotional material and of course plenty of old LEGO sets. However, to truly tell the story of LEGO and the bricks which have become so popular today, you must marvel at how the family-run company began. It’s common knowledge that LEGO started by crafting wooden toys, many of which are proudly on display. 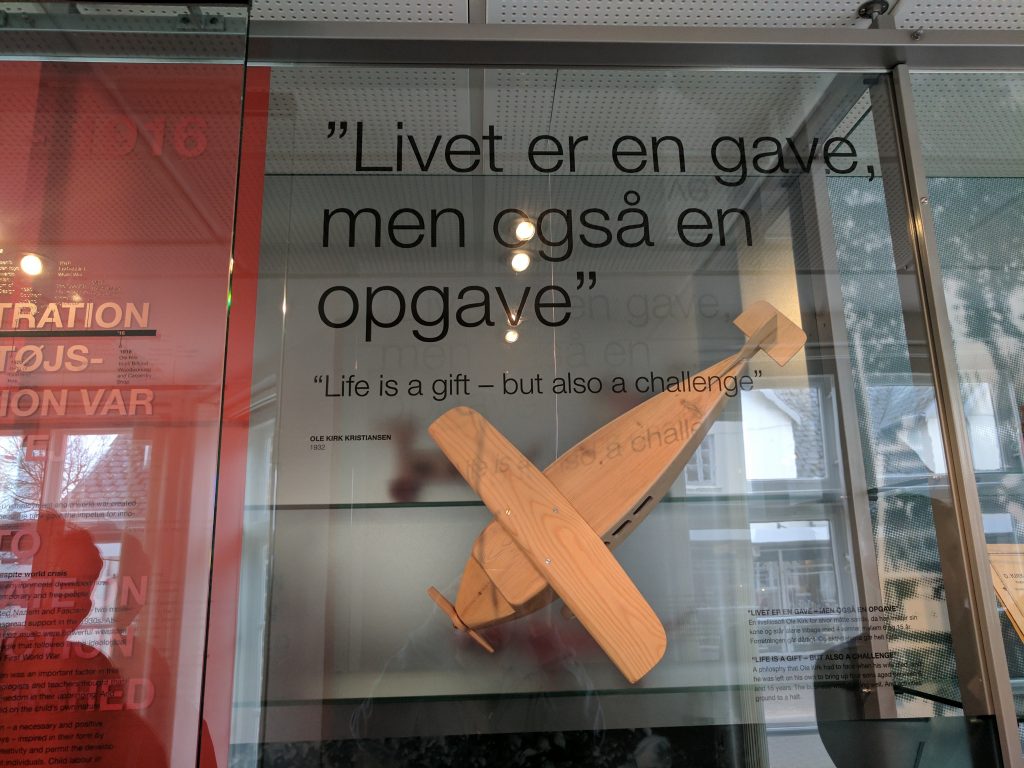 There’s even original tools and machinery used to create some of the first LEGO products. Including some of the hand tools used by the workers in the carpentry workshop to craft many of the wooden toys seen above. 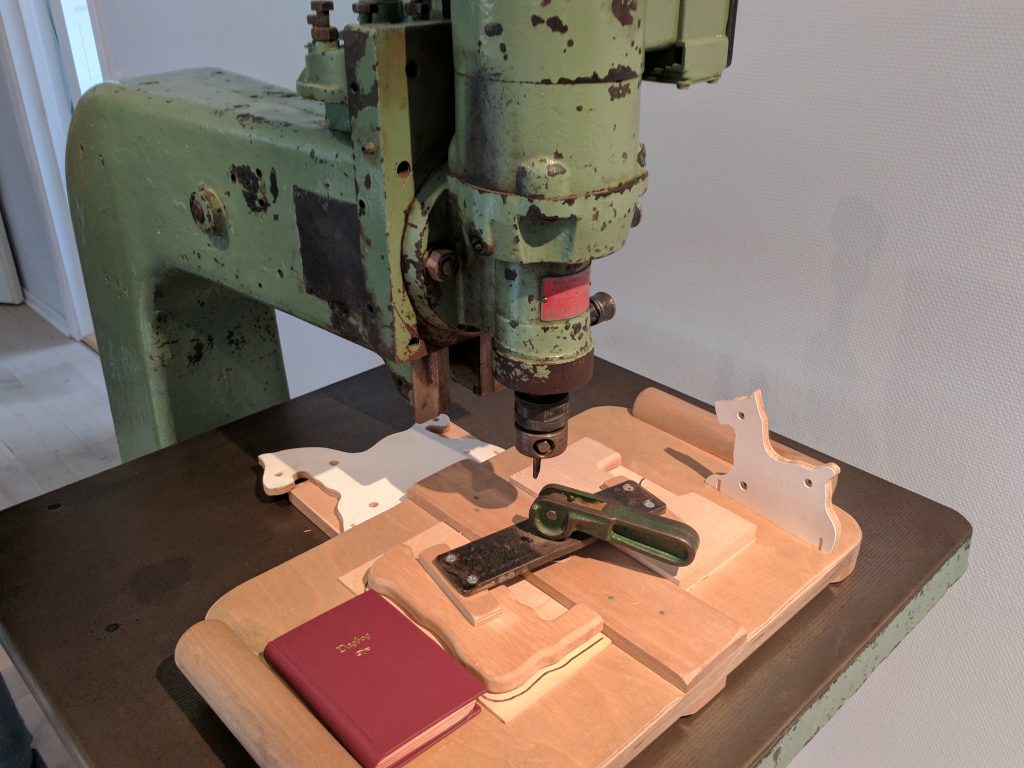 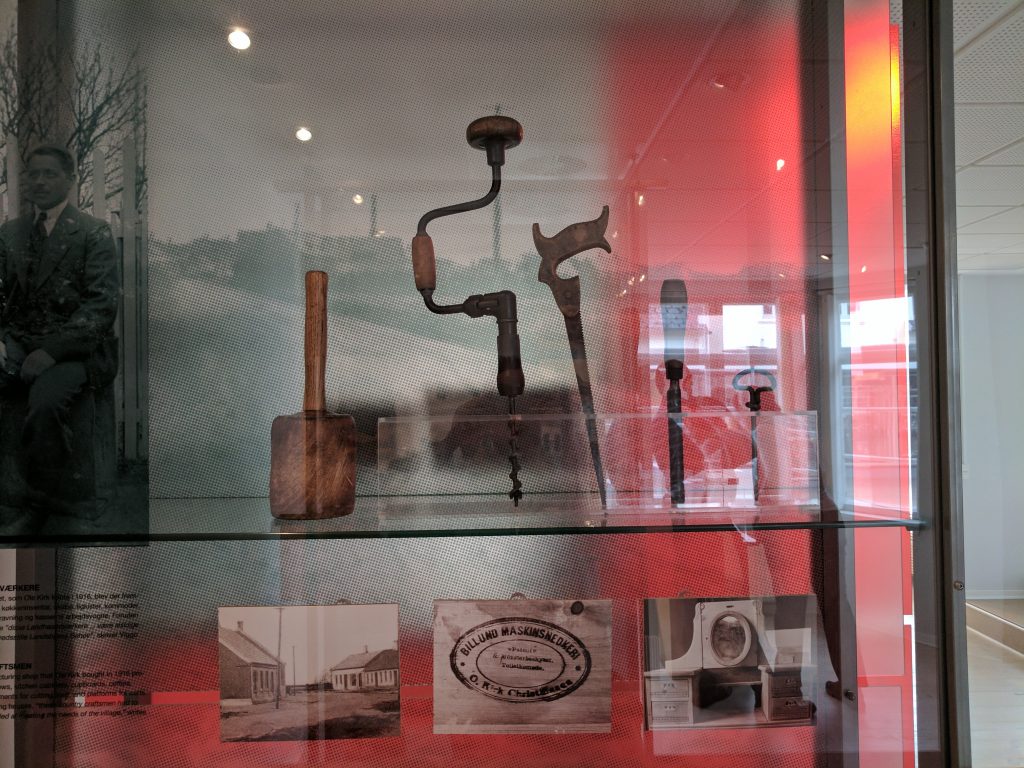 As the Christiansen family moved their business into realms more similar to what we expect from LEGO toys together, their base materials moved away wood to plastic. Early toys would be made from both plastic and diecast. The LEGO Idea House includes one of the early moulding machines, which created small plastic bears. 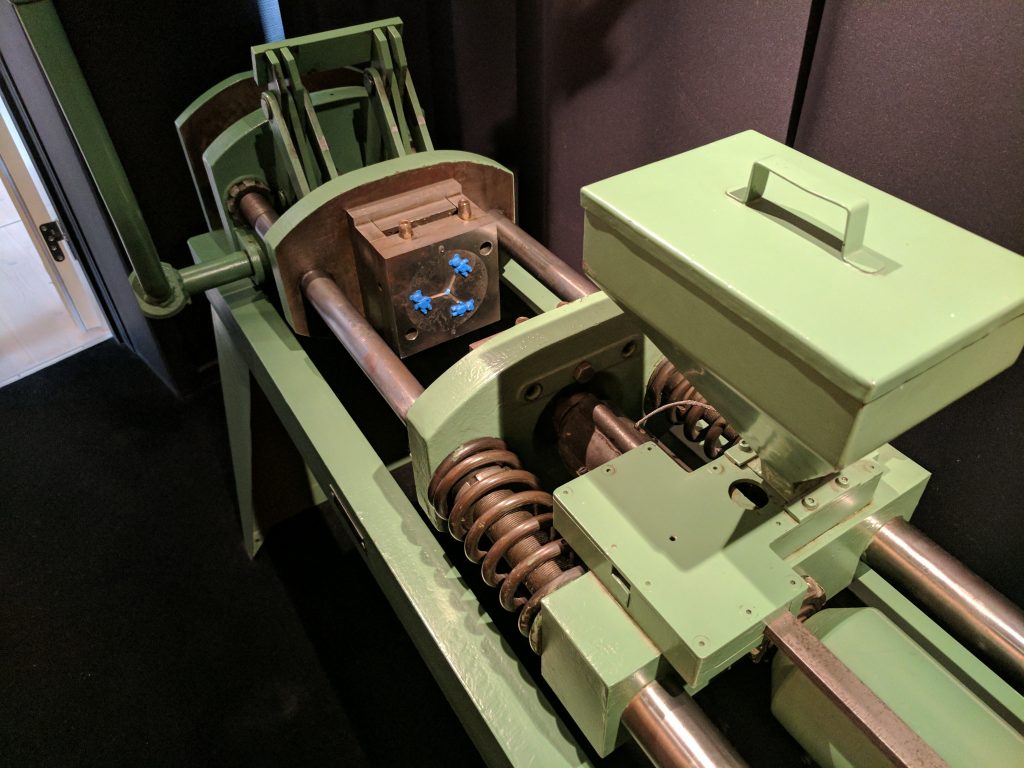 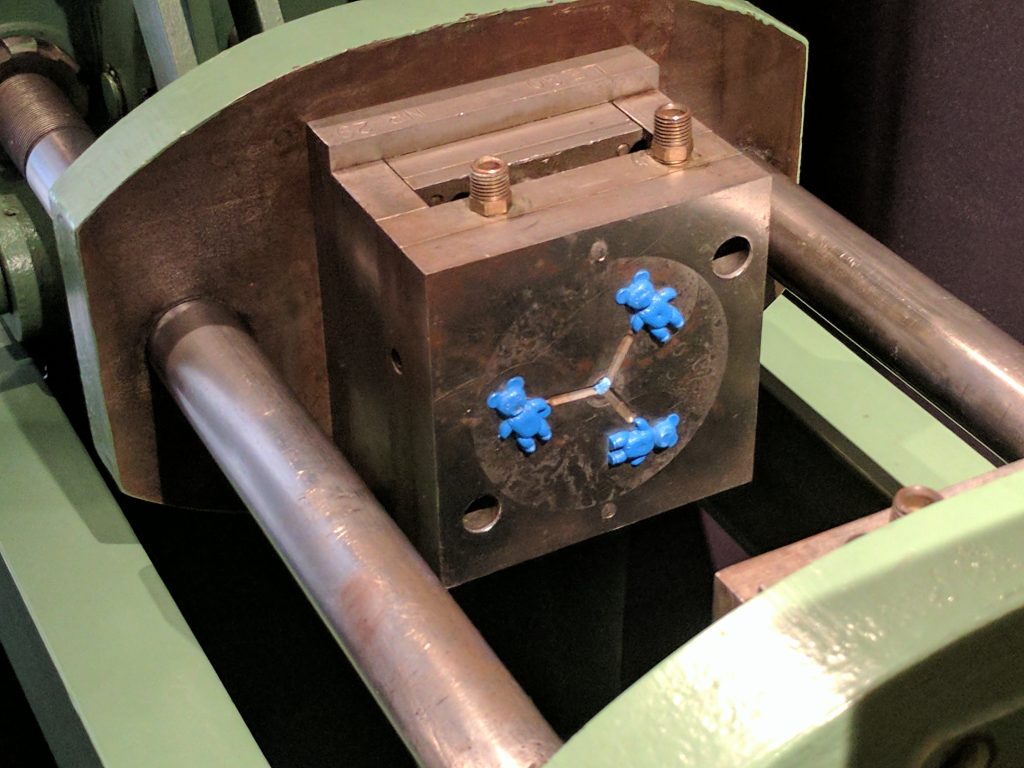 It wouldn’t be long before the LEGO bricks we are familiar with now, made an appearance and inside the LEGO Idea House, there is one of the early brick moulds. These are so highly prized, the moulds currently used to create LEGO elements are housed within a nuclear bunker within the LEGO factory. Should the place burn down (or be attacked by zombies) the moulds would be completely unaffected. A neat piece of the LEGO Group’s heritage is the original patent document filled at Danish Patent office along with a series of 2×4 bricks showing off the various connection tests. The LEGO Idea House is a great showcase of what LEGO has achieved over its 85-year history and it’s an amazing privilege to be able to step foot inside a building so steeped in history. What is even more joyous is seeing some of the sets from your childhood just sitting there as if you’d just stopped playing with it moments before. 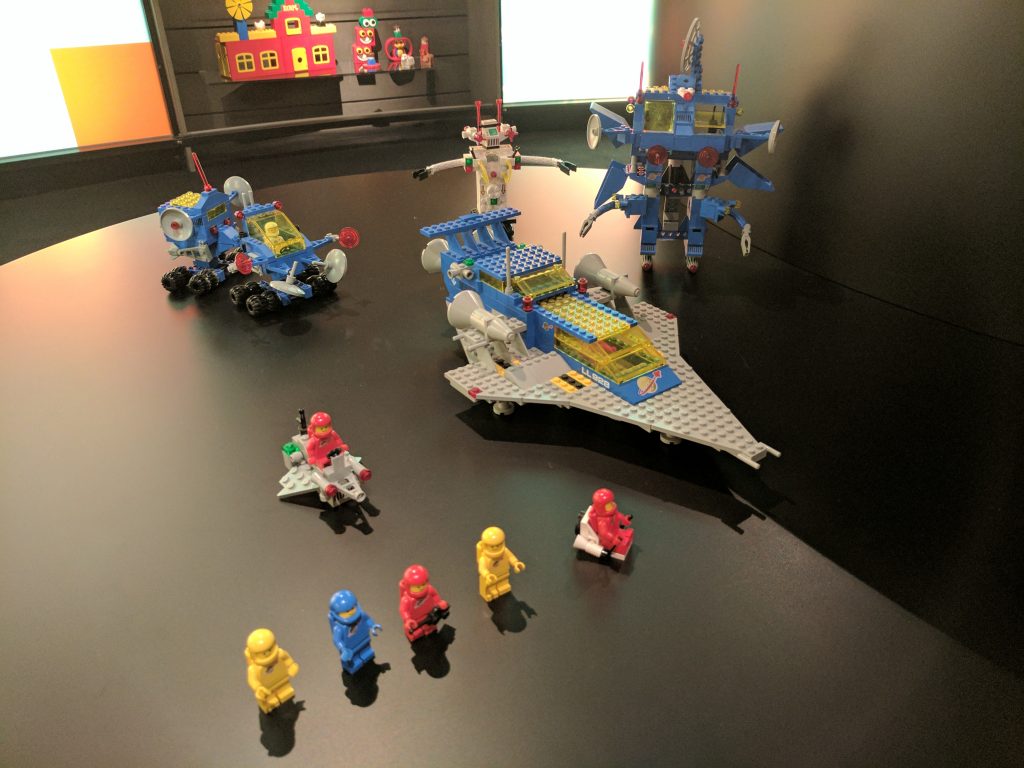 One of the most extraordinary areas of the LEGO Idea House is completely hidden from view, deep within an underground vault. Here is something not many get to see and I’ll take a closer look at in another feature. Unfortunately, the LEGO Idea House isn’t open to the public, which makes visiting it, all the more special. However should you make the pilgrim to Billund, you can still take a look around the outside of the house. Soon the LEGO Groups history will be able to be experienced by many more LEGO fans as The LEGO House opens its doors this September. It’s located just a stone’s throw from the LEGO Idea House. 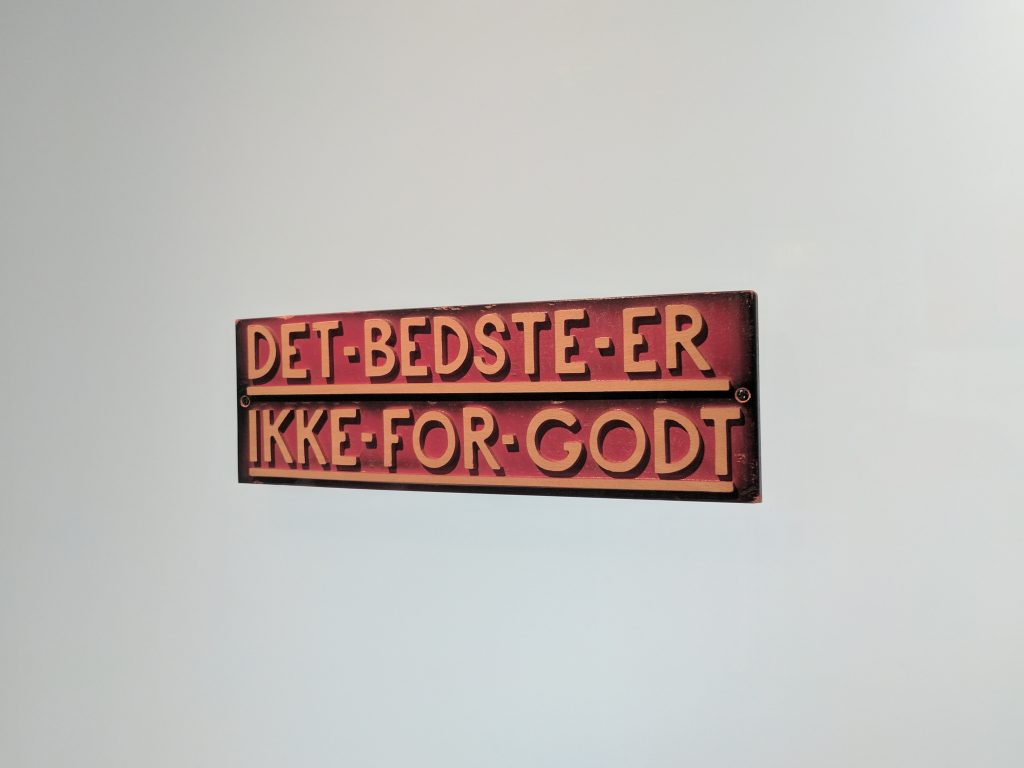