As a LEGO® Ambassador, I’m lucky enough to receive a wonderful Christmas gift from the folks at the LEGO Group. It’s not just us Ambassadors who are graced by some festive generosity. Every year members of the LEGO Design Teams create festive-themed sets, with one being chosen to become the set gifted at Christmas. The chosen set then gets given to all LEGO employees. Thanks to the AFOL Engagement Team, all of the Ambassadors and certified professional builders receive the same set as LEGO staff. Last year it was a set celebrating the 10th Anniversary of LEGO NINJAGO, with previous sets also marking 40 years of LEGO Education, the 20th Anniversary of LEGO Star Wars with the Yuletide Squadron X-wing and an oversized Santa’s Sleigh and Reindeer, which celebrated 40 years of LEGO Minifigures. This year’s special set marks another special moment in LEGO history. with a set celebrating 10 years of LEGO Friends and the end of the journey of the current Heartlake City gang. Here’s a closer look at the set. 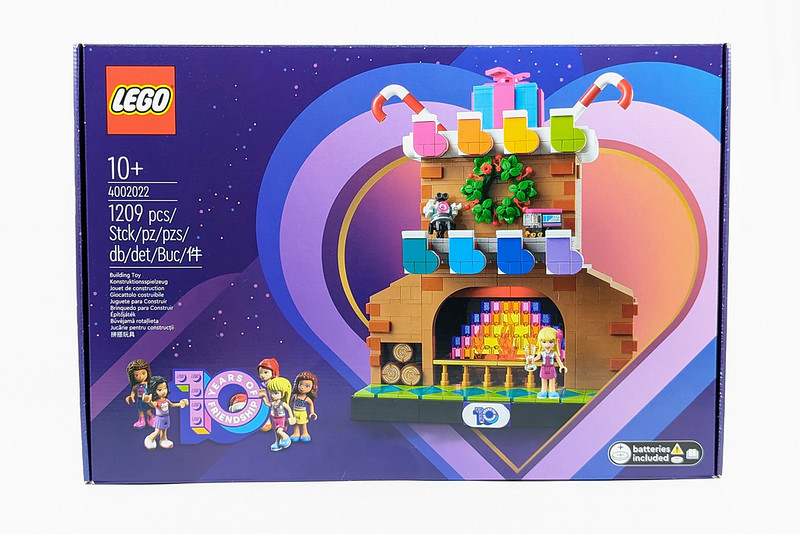 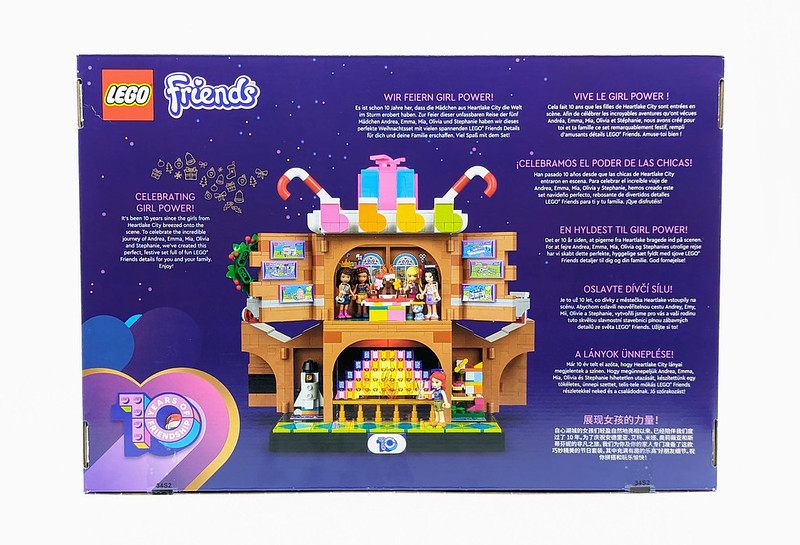 The 2022 LEGO Employee Gift is called 10 Years of Friendship and is a festive celebration of the popular theme LEGO Friends. As previously announced, in 2023 the theme is being rebooted with new characters. But this set celebrates the original group of Friends who have appeared in sets since 2012. 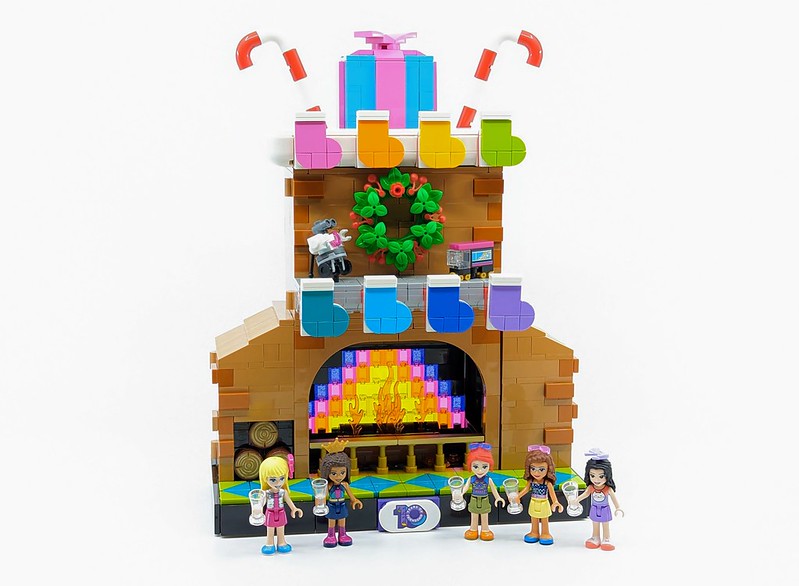 On the surface, the set doesn’t appear to be overly festive. Instead, it lends more towards marking the special milestone for the LEGO Friends theme. That’s not to say there isn’t some Christmas trimming around the build. There are a series of stockings, a wreath and a wrapped gift sitting atop the fireplace-themed building. 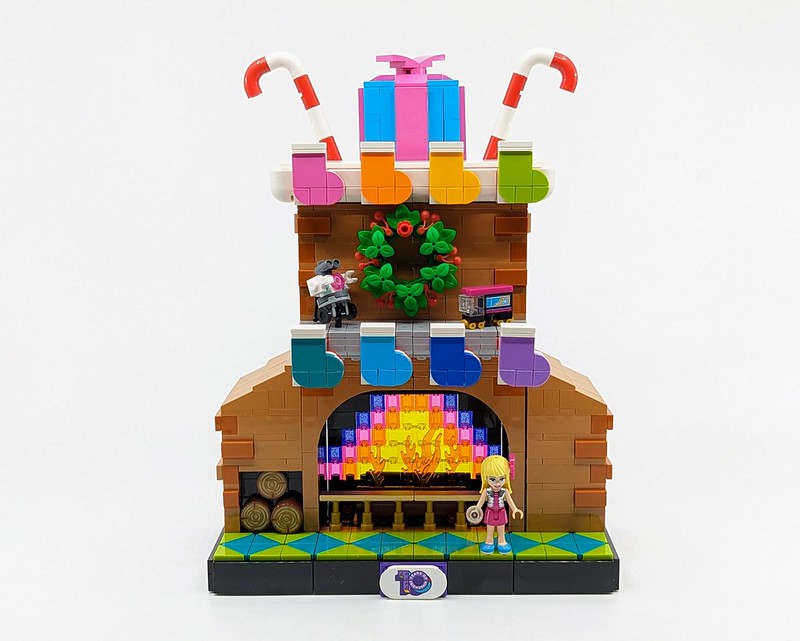 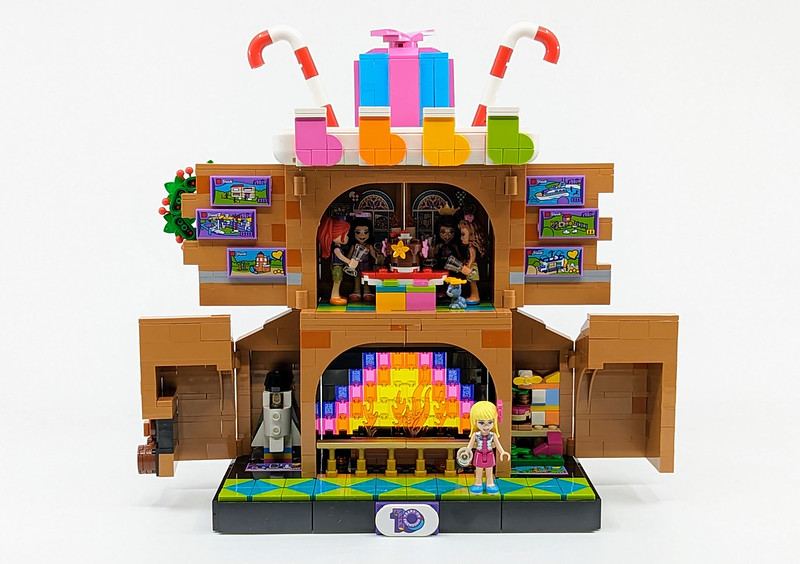 It’s built in sections which allow the set to be built by numerous people at the same time. This can be done with multiple instruction booklets or using the LEGO Builder App. Each stage of the build also includes one of the Friends character mini-dolls. The instructions also act as a send-off for each character, with a small section about each one. There are also little details about various Friends sets released over the years. Some of which are highlighted in the set. 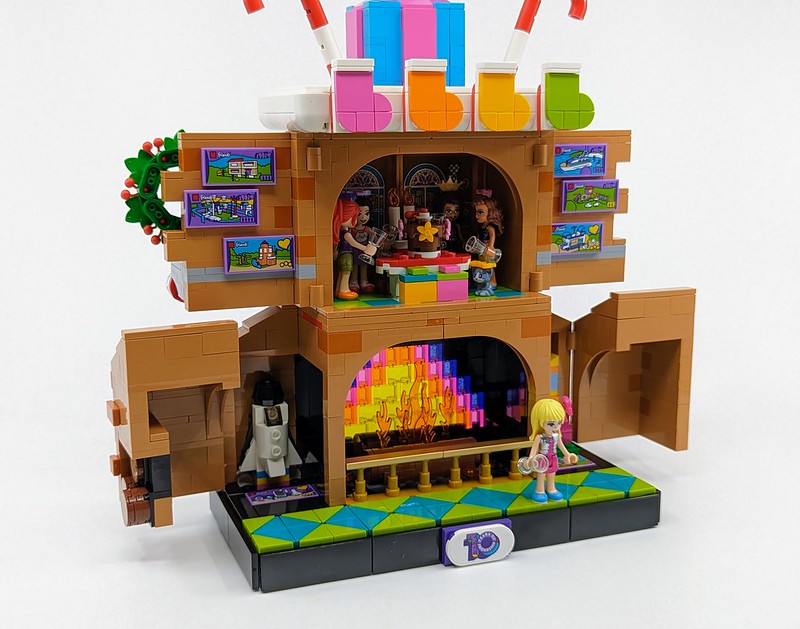 The set is styled to look like a fireplace, within the bottom section is a flame, which can be moved with a handle on the back of the set. Another one above activates a light brick, this can be activated with a similar handle and illuminates the fire below. In the section about the fireplace is a small room with a tasty-looking cake and room to fit the 5 LEGO Friends Mini-dolls around it. 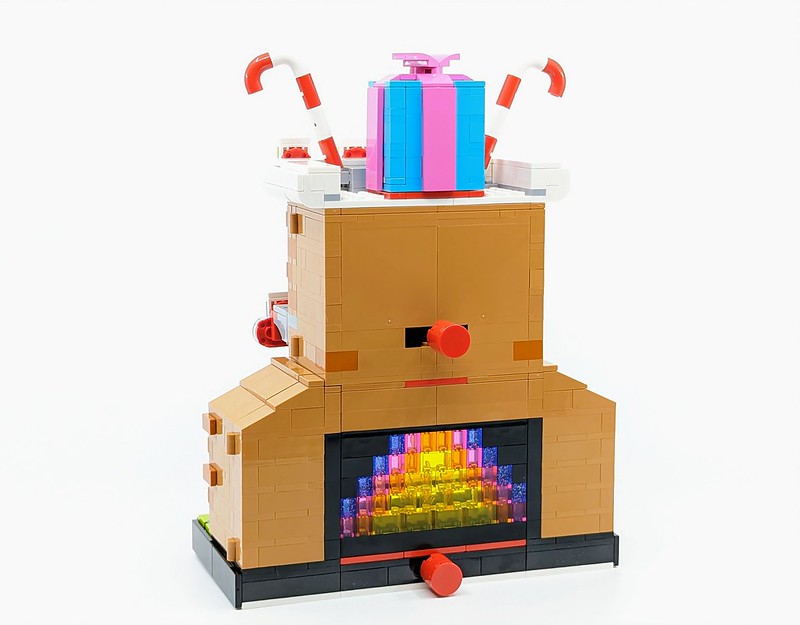 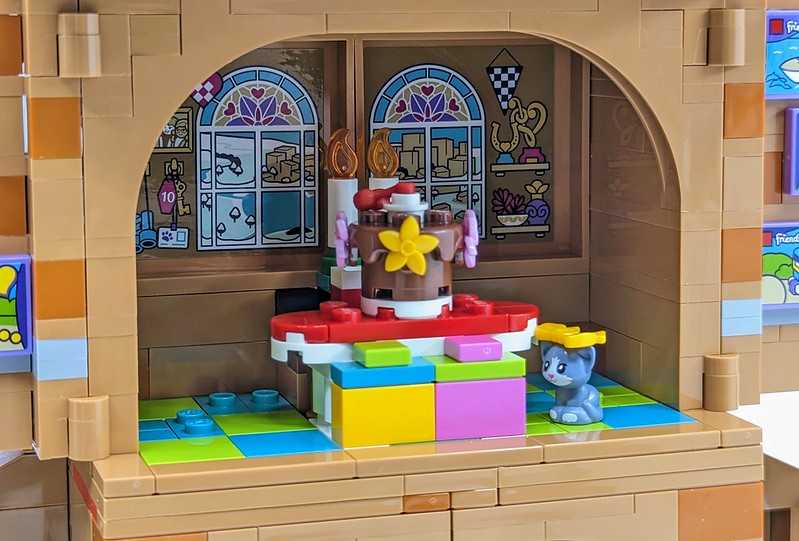 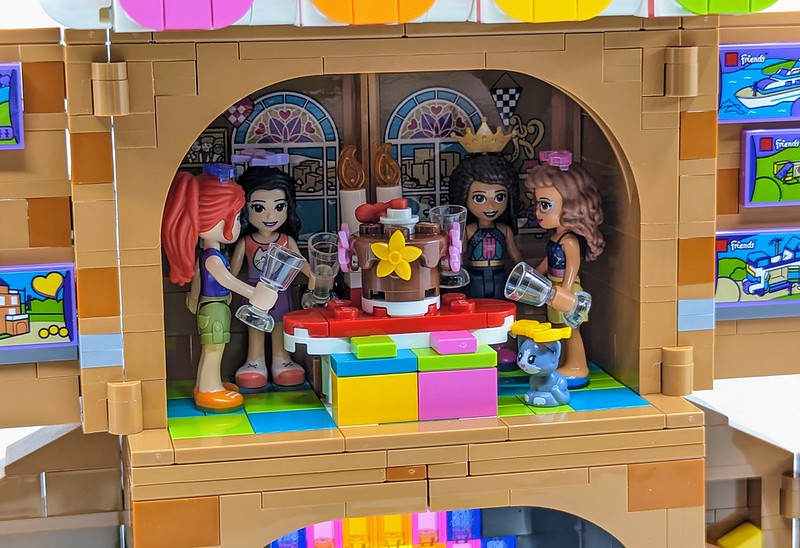 The highlight of the set is the way it celebrates 1o years of LEGO Friends. There is a plate on the front of the set which features the 10 Years of Friendship logo. Inside the set are a number of 2×4 tiles each featuring a LEGO Friends set. Unfortunately, they are all stickers but they still look from lining the walls inside the set and within the side sections. Here are two microscale versions of Friends sets, the Friendship Tree House and Olivia’s Space Academy. 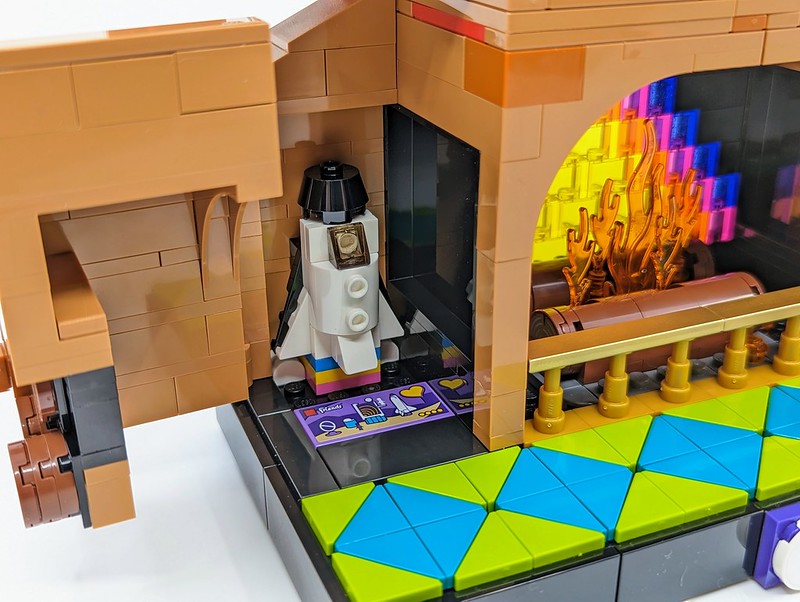 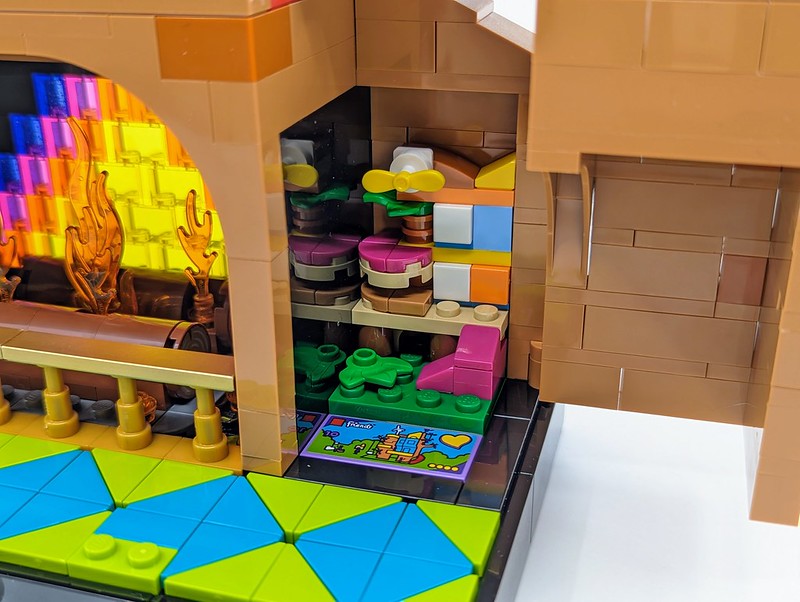 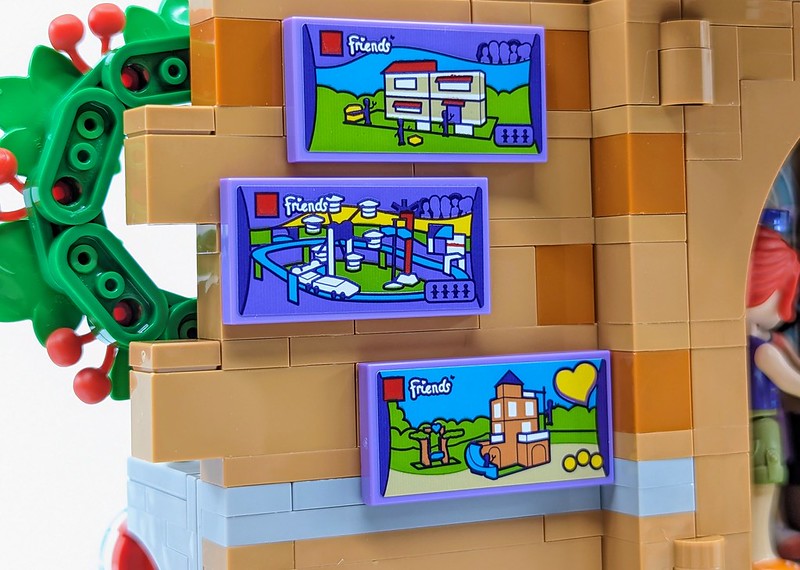 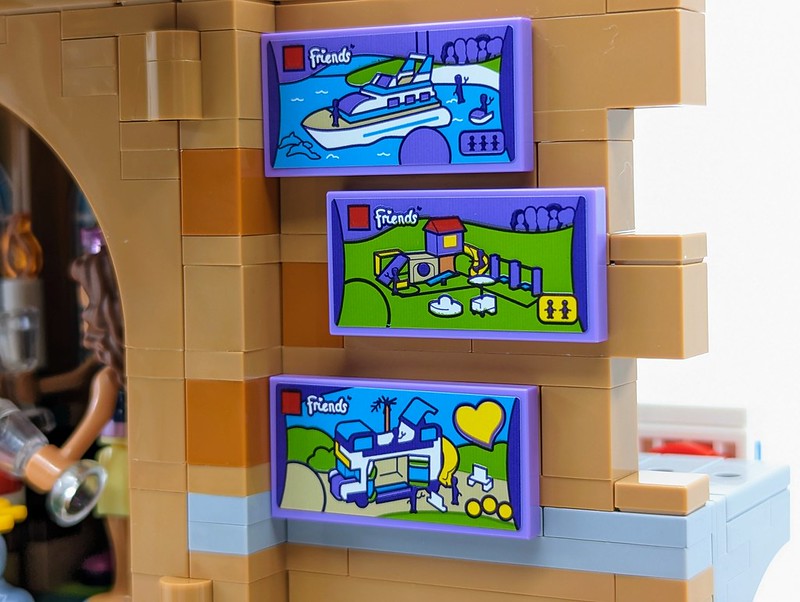 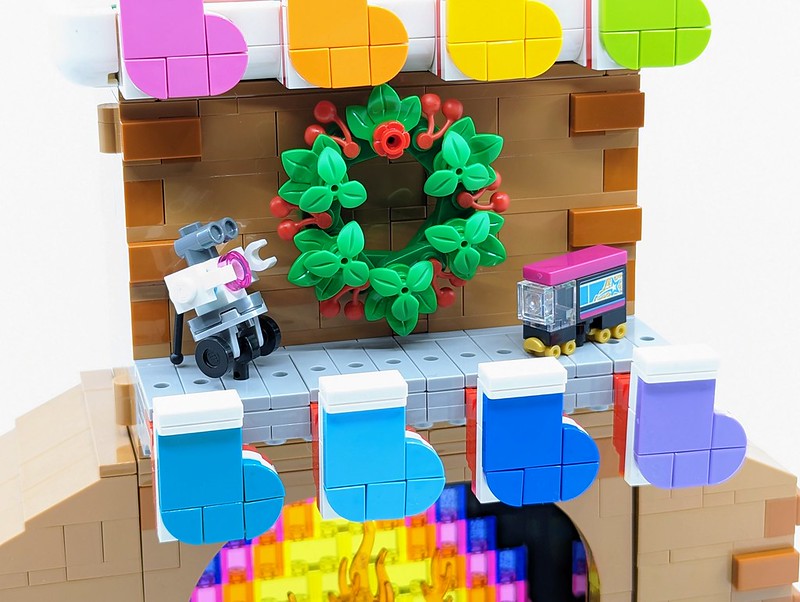 It’s a wonderful celebration of the LEGO Friends theme as well as being a fun-looking set filled with fun secrets. Including a Santa mini-doll inside the present on the roof of the set. It appears Santa has smuggled himself to Heartlake City. Although this set is billed as employee gifts, just to be clear LEGO Ambassadors are not employed by the LEGO Group. As ever thank you to the LEGO Group and the AFOLET for this wonderfully unique gift. Merry Christmas! 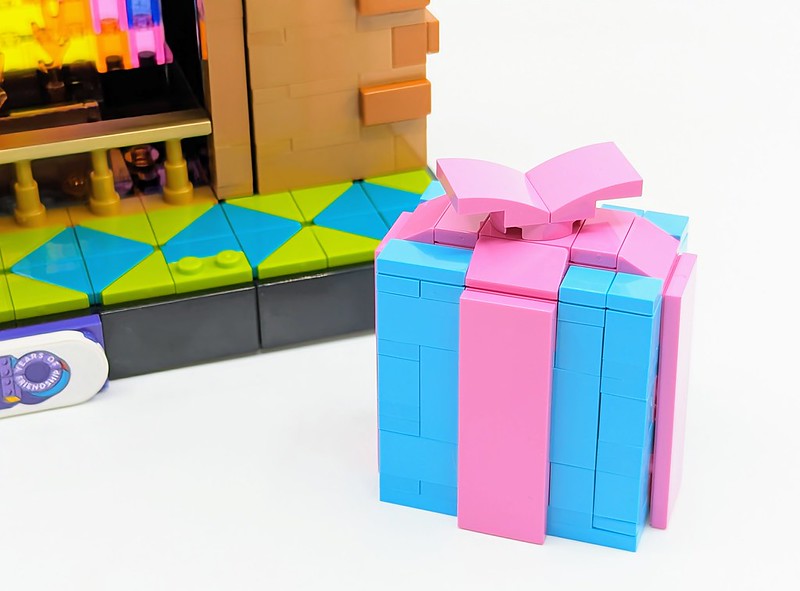 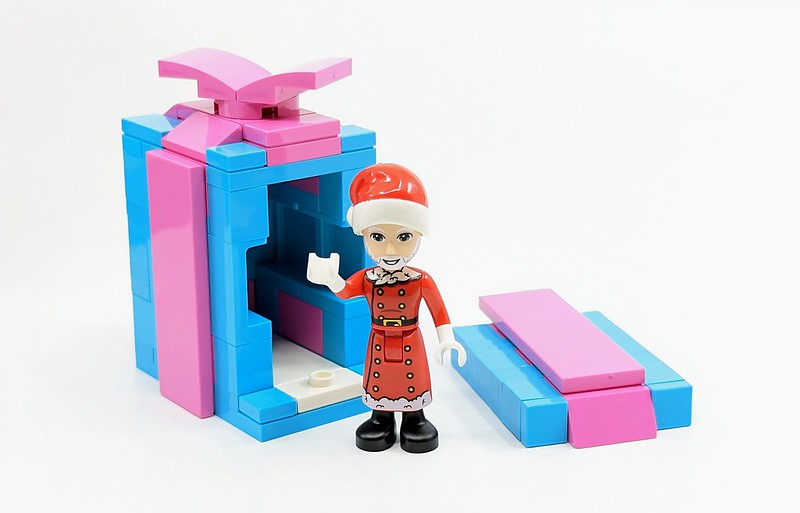