The second season of the Disney Original animated series based in the LEGO® Star Wars universe, The Freemaker Adventures will be heading to DVD on March 13th. The DVD pack will include all 12 episodes of season two, 5 bonus shorts and an exclusive Darth Vader pin badge. The Freemaker Adventures follows a family of scavengers who build and sell starships from battle debris strewn throughout the galaxy. When their youngest, Rowan, discovers a natural connection with the Force through an ancient artifact, the Kyber Saber, his world is turned upside down, and he and his family are thrown into an epic struggle against the Empire to restore peace and freedom to the galaxy. In season two the Emperor sends his menacing new droid MOC in pursuit of the Freemakers, in hope of getting his hands on the legendary Saber. 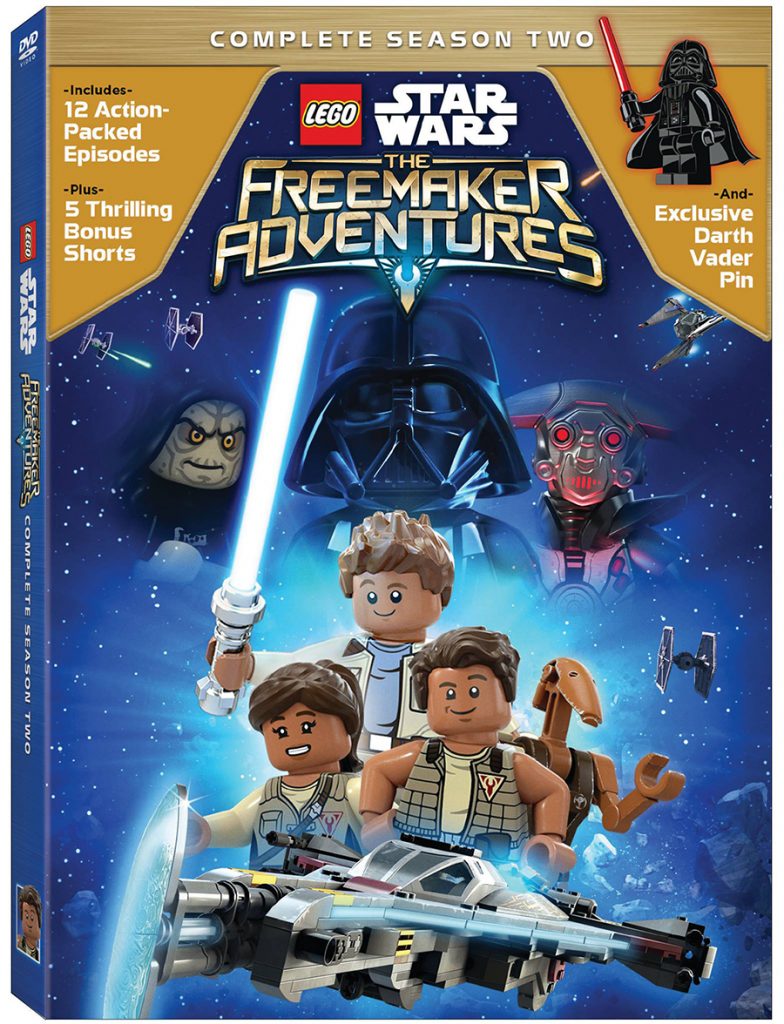