Spoiler alert at the end of The LEGO® Movie, alien invaders from the Planet DUPLON beamed down to Bricksburg. This is where The LEGO Movie 2 kicks off. Many suspected that the new sets based on the sequel would include some form of DUPLO, but it wasn’t until all 19 sets were revealed that just how DUPLO would be featured in the range. In some of the sets the DUPLO aliens are created from LEGO elements, but there is one sets that’s all DUPLO. Not only does it feature a group of DUPLO invaders, it also transforms Emmet and Lucy into cute little DUPLO figures. So let’s continue with The LEGO Movie 2 set reviews and take a look at set 10895: Emmet & Lucy’s Visitors from the DUPLO Planet. Introduce your toddler to the color and creativity of THE LEGO® MOVIE 2™ with this LEGO DUPLO® 10895 Emmet and Lucy’s Visitors from the DUPLO Planet preschool toy. Little fans of Emmet and Lucy will love helping them defend against the easy-to-build alien invaders! Then mix all the bright and chunky DUPLO bricks up so young children can create more aliens of their own, developing imagination and fine motor skills on their journey to becoming the next master builder! Includes 2 LEGO DUPLO figures: Emmet and Lucy, plus 4 buildable alien invaders. 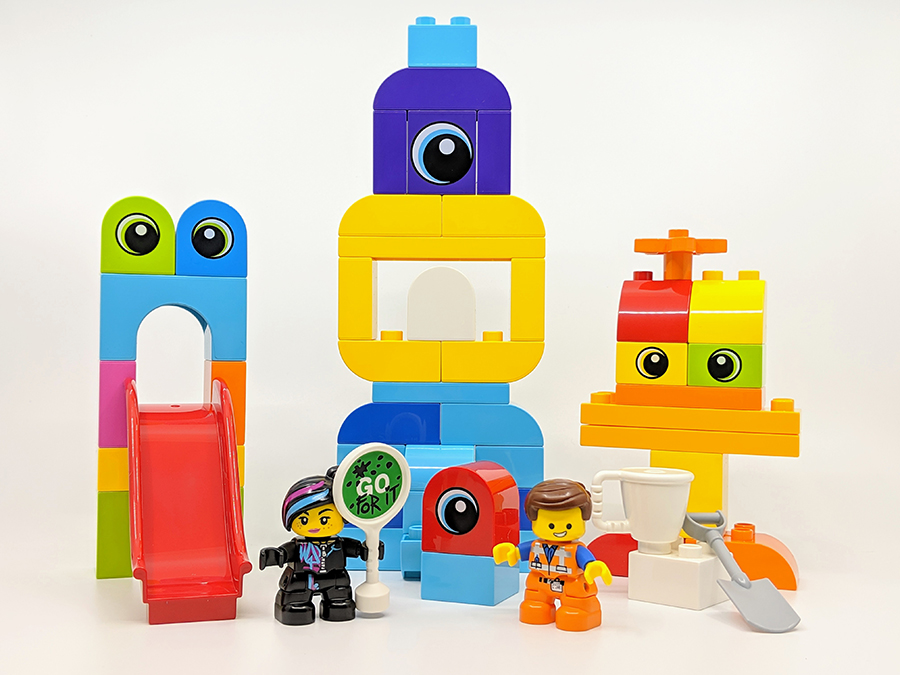 It’s a DUPLO set so the build is neither complex or lengthy, there is a small booklet with a few build steps to create each of the DUPLO aliens. There are four of aliens of varying sizes. 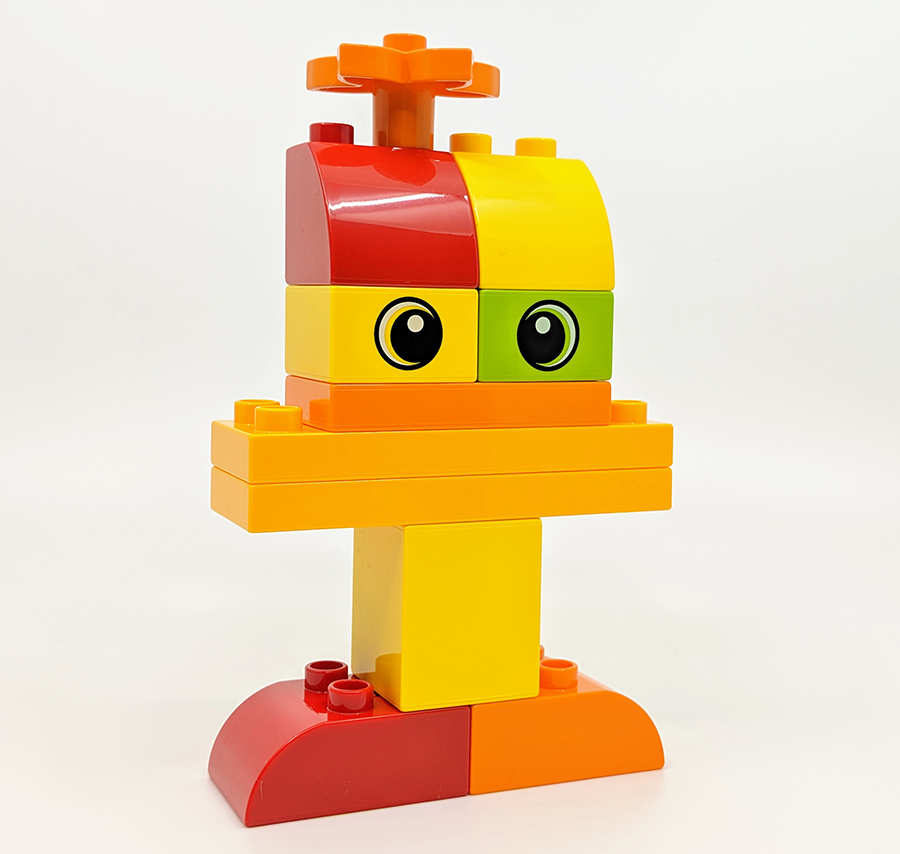 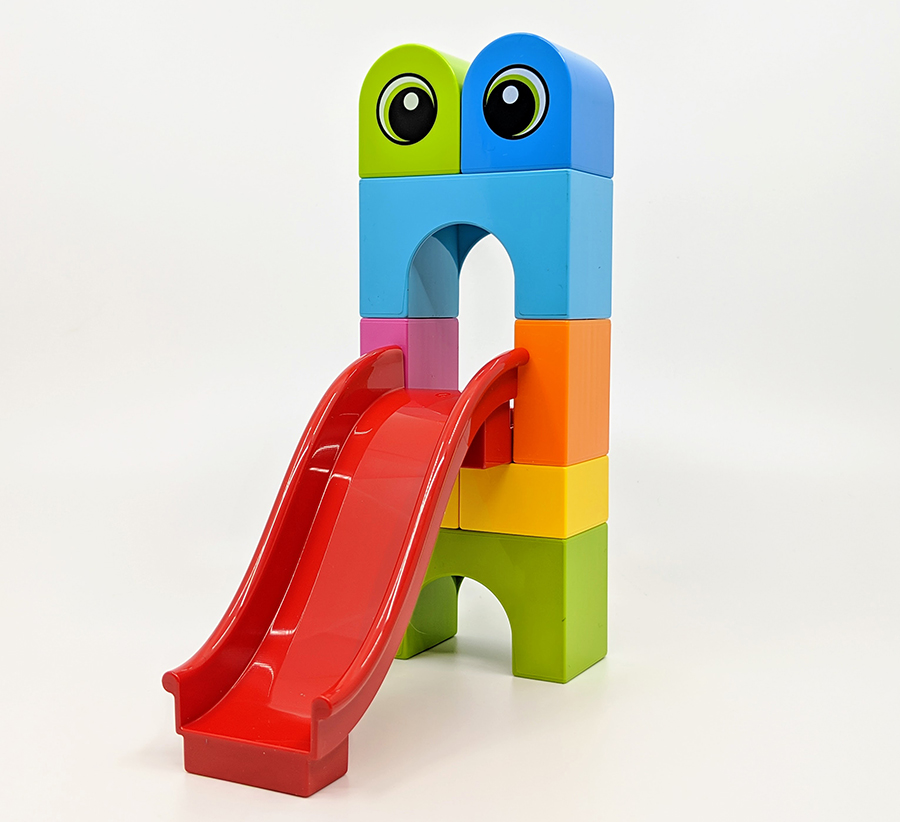 Basically they are just DUPLO structures with eyes and there is nothing wrong with that. It makes them look neither cute or scary. Just odd looking, perfect for an alien invader built by a 2 year old. The alien featured in the second image above, is the most recognisable as it’s the one featured during the end of The LEGO Movie and in the most recent ‘Space’ trailer for The LEGO Movie 2, I assume it’s classed as the leader of the DUPLO invaders. It’s also my favourite of the four creatures. 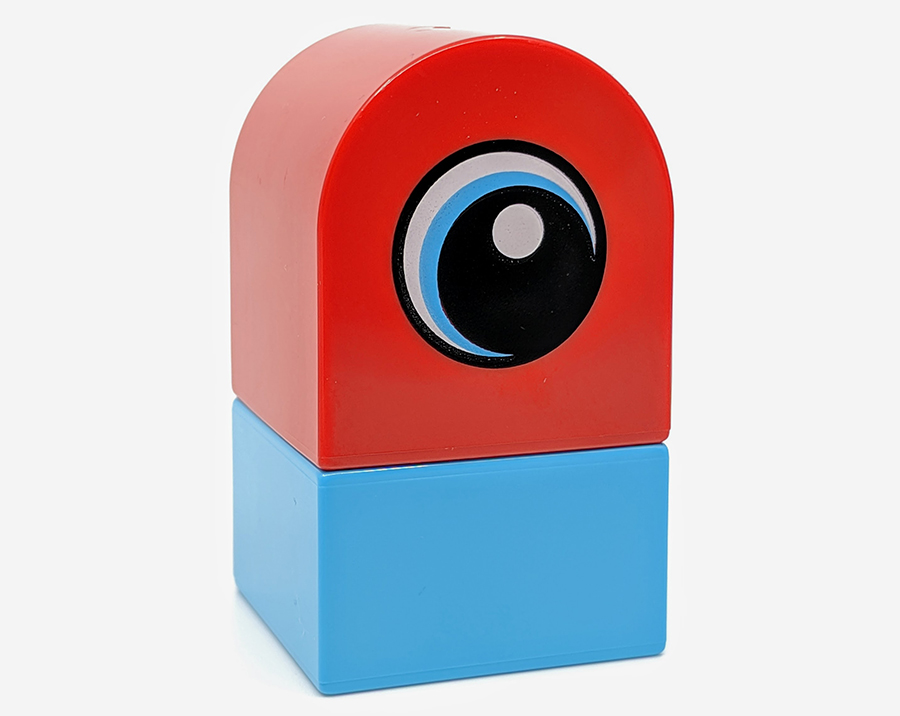 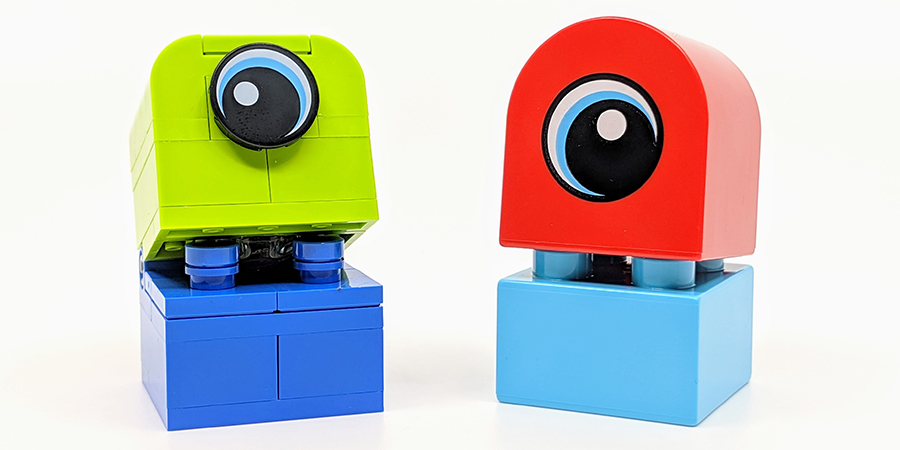 As mentioned in the intro, the DUPLO invaders do appear in other The LEGO Movie 2 sets but they are brick-built using System elements instead of DUPLO bricks. As you can see they are similar, but it would been great if the smaller DUPLO invader appeared in sets in place of the brick-built one. 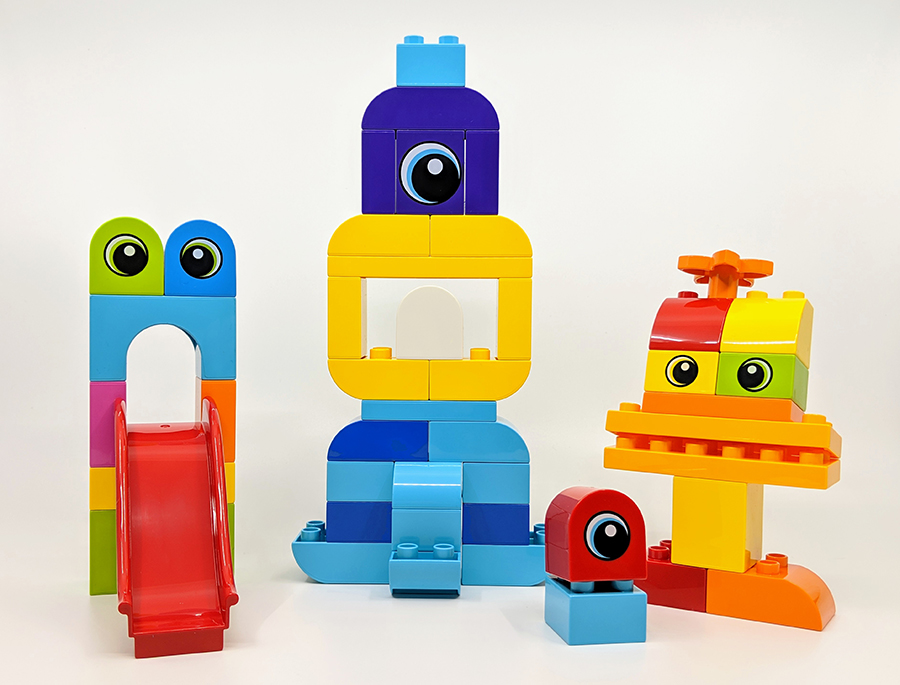 As well as the DUPLO invaders the set also includes a few accessories, namely a huge mug, shovel and a double-sided roadsign featuring a slightly edited ‘GO for it’s and Never STOP artwork.

The set features two DUPLO figures of Emmet and Lucy. They look similar to their Minifigure counterpart, but a lot chuckier. Unlike other DUPLO figures, Emmet and Lucy have a different shapes head, that looks more like a Minifigure’s instead of the usual rounded features of other DUPLO characters, that also means no nose or ears, which frankly would of look odd. Each figure has articulated legs and arms, plus the head can be turned. 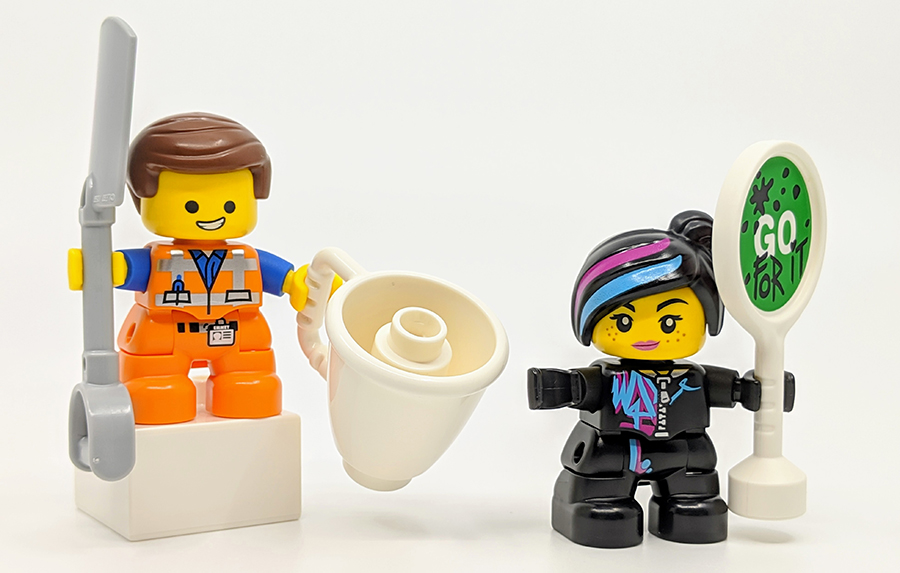 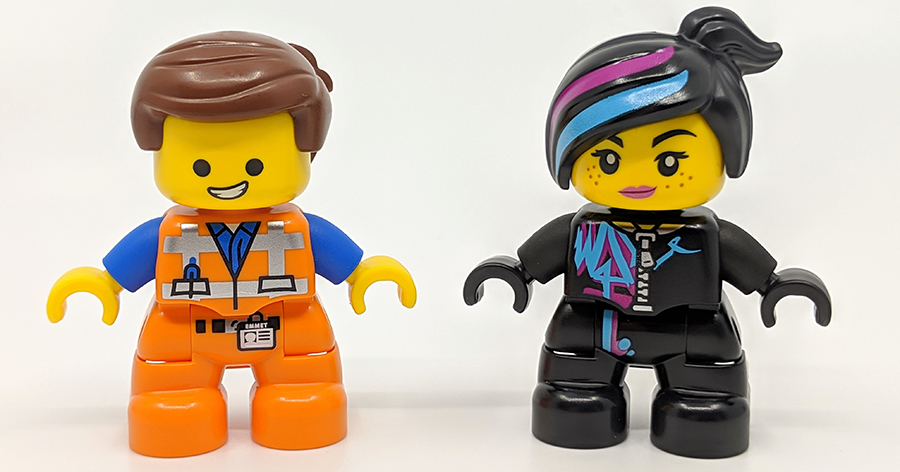 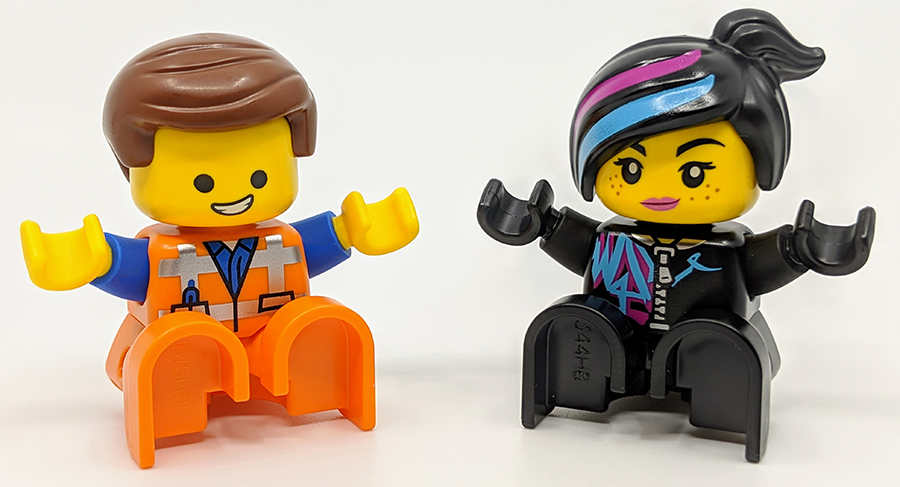 I was surprised to see that the versions of Emmet and Lucy included in the set were smaller than normal DUPLO figures. They are the same size as the kid DUPLO figures. You can see the different below with Chris Pratt’s other DUPLO character. They are odd looking and I suspect, we may not see them in the actual movie but I quite like how cute they look and how the DUPLO style has been blended with elements of the Minifigure.

It’s a shame that actual DUPLO builds aren’t included in the system sets, especially since some of The LEGO Movie 2 sets include mini-dolls. So if you want a truly authentic The LEGO Movie 2 collection, then you really need this set. The DUPLO aliens look fun and those DUPLO figure versions of Emmet and Lucy are super cute. DUPLO is a great way to introduce the younger builders to the world of LEGO and this is a great set for that, as it features a number of fun DUPLO bricks. 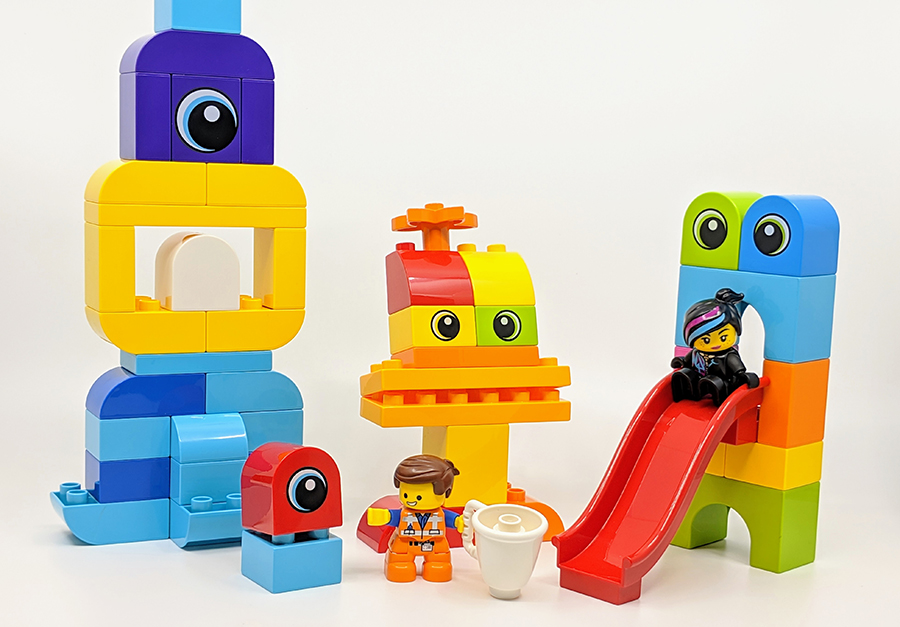