This time last week, the lid was lifted on the second series of LEGO® Disney Minifigures. The new series features 18 new iconic Disney characters to collect and will be available from May 1st. Thanks to LEGO I’ve got my hands on a them early and will be reviewing them shortly but until then, let’s take a peek at the box and packets they in. For those who are collect the current series of LEGO Minifigures based on The LEGO Movie 2, you’ll know that the style of bags the Minifigures come in has changed. That same packaging is once again used for the second Disney series, so bags are longer and made of a thinner material. Inside there is once again and mix of loose and bagged elements, depending on characters, along with the check sheet. Find out how many of each character are in the box below. 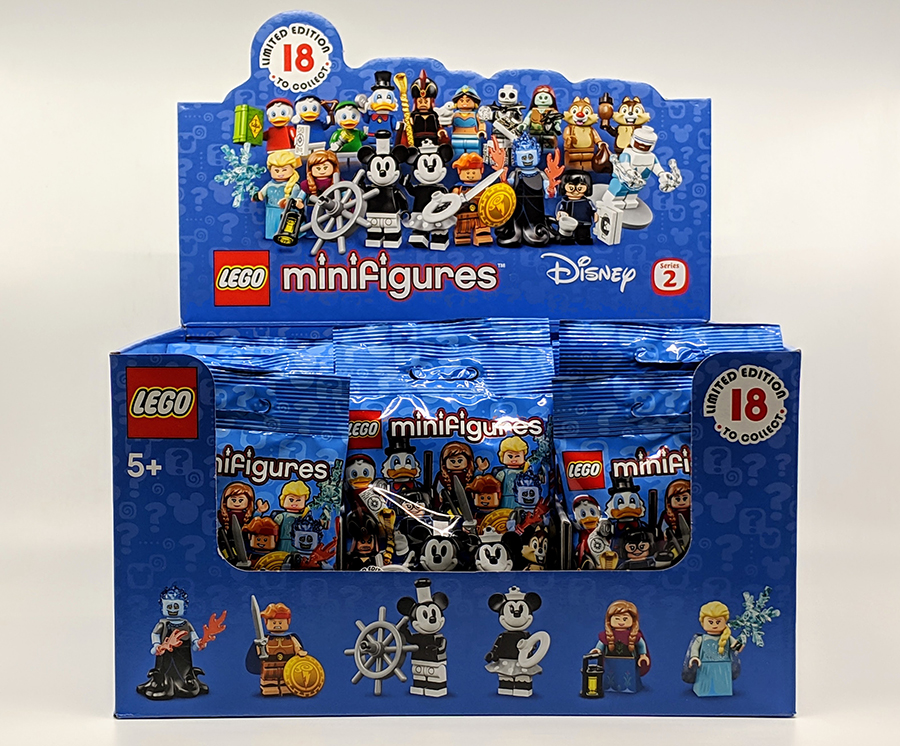 Box distribution is as follows, and unfortunately there are only two full sets in a box. There is little point listing where each figure is in the box as they are not all the same, like The LEGO Movie 2 series. 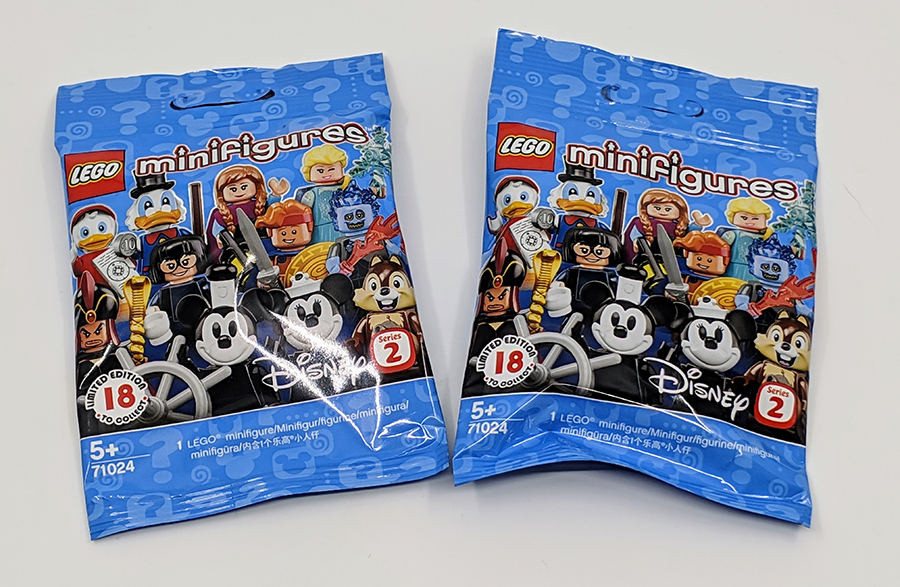