Y’arr me hearties today be National Talk like a Pirate Day so we thought we’d set sail for one of LEGOLAND’s most beloved themes and take A Look at LEGO…. Pirates, which is also celebrating its 30th anniversary this year. The Pirates LEGO theme first launched way back in 1989 and featured Minifigure pirates, soldiers and islanders along with system sets including sailing ships, desert islands and military battlements.

The original Pirates sets included the first LEGO minifigures to not feature the traditional two eyes and a smile face print. Instead having a variety of differently printed features including hair, eyepatches and facial hair. The Pirates theme was also one of the first to feature LEGO created characters, even to this day Captain Brickbeard, Rummy, Governor Broadside and King Kahuka still hold fond memories with LEGO fans.

As well as bringing a little more character to the Minifigures, the Pirates sets also introduced plenty of new elements, many of which are still in use today. These include a selection of wildlife like a shark, monkey and parrots. 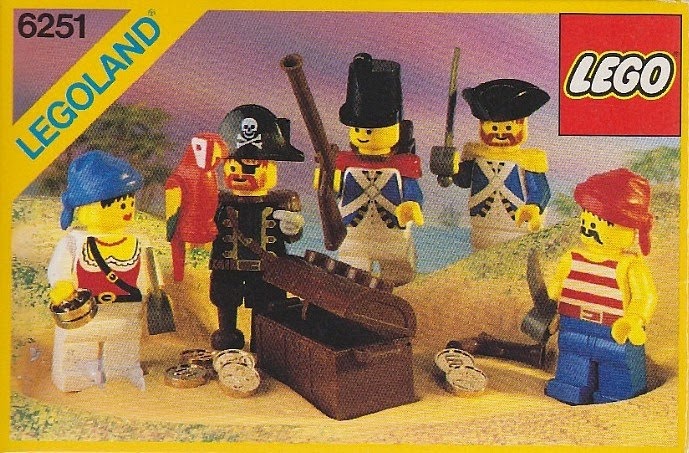 Since it was first discontinued in 1997 the Pirates theme was also used within the Duplo and 4+ sub-brands. Before being retrieved from Davy Jones Locker in 2009 to mark the themes 20th Anniversary. By 2010 the LEGO Pirates theme had once again walked the plank into the big blue.

But the spirit of the LEGO Pirates returned during 2011 in the form of sets based on Disney’s Pirates of the Caribbean movies. A total of 14 sets were released along with a TT Games developed LEGO Videogame which followed the storyline of the first 4 PotC movies. LEGO would return to the world of Jack Sparrow and his pirate chums in 2017 with a large-scale ship from Dead Men Tell No Tales/Salazar’s Revenge. The Silent Mary was ghostly ship, complete with zombie sharks. 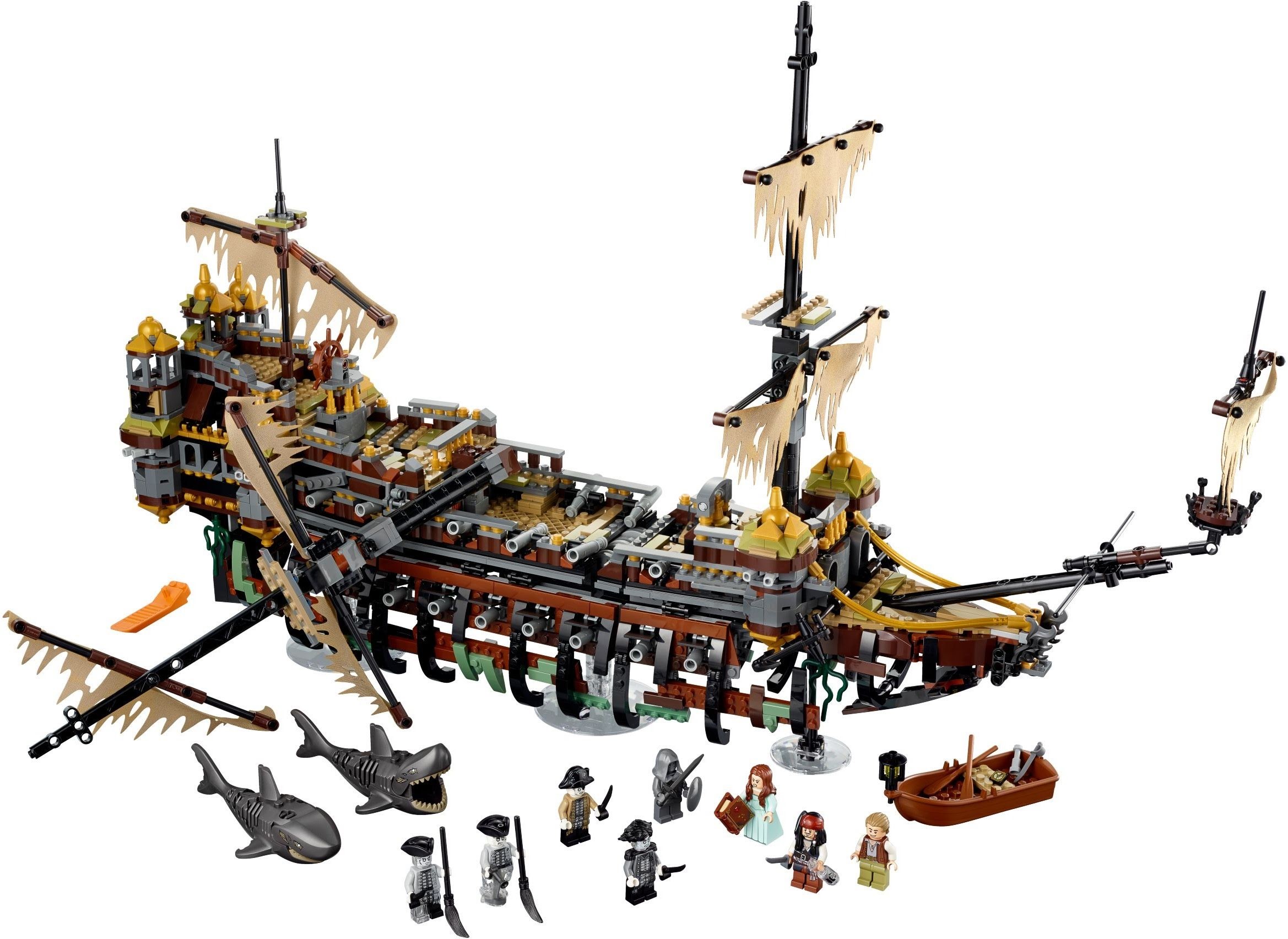 In 2015 the LEGO Pirates theme hit the big 25 and to mark the occasion, a new ship set sail, which was named by a LEGO fan. The Brick Bounty was a love letter to the classic era of LEGO Pirates. With a band of motley pirates and blue coat soldiers. The set was a fun mix of new build styles but with a classic look. 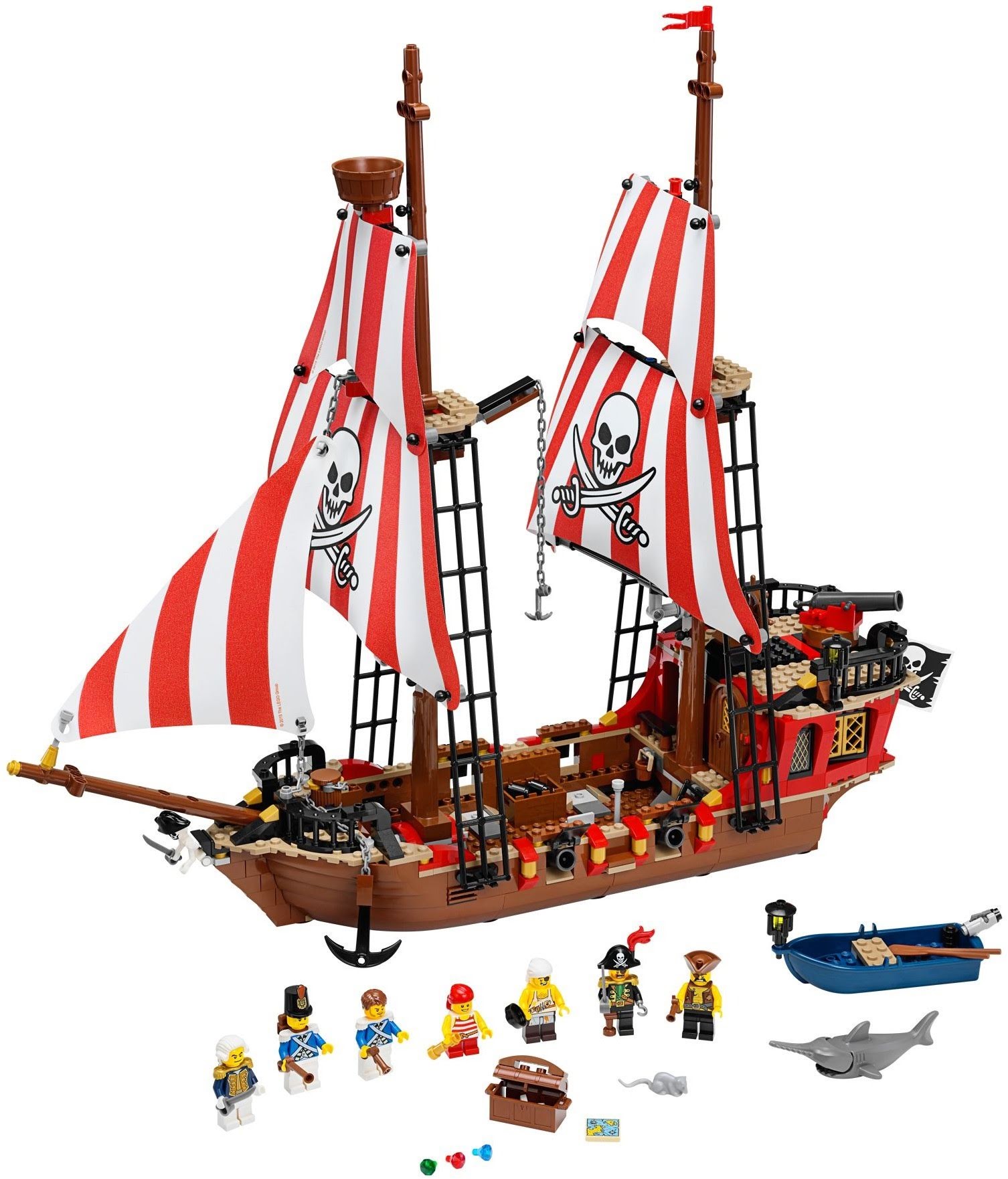 Although the LEGO Pirates have been left at sea since 2015, they have managed to inspire other themes in the last few years. A band of Master Builder Pirates lead an attack on Lord Business’ Octan Tower in The LEGO Movie. They were lead by MetalBeard, a brave Master Builder, who only survived the attack with his head and organs. MetalBeard’s appearance in The LEGO Movie lead to an amazing D2C set based on his epic ship. 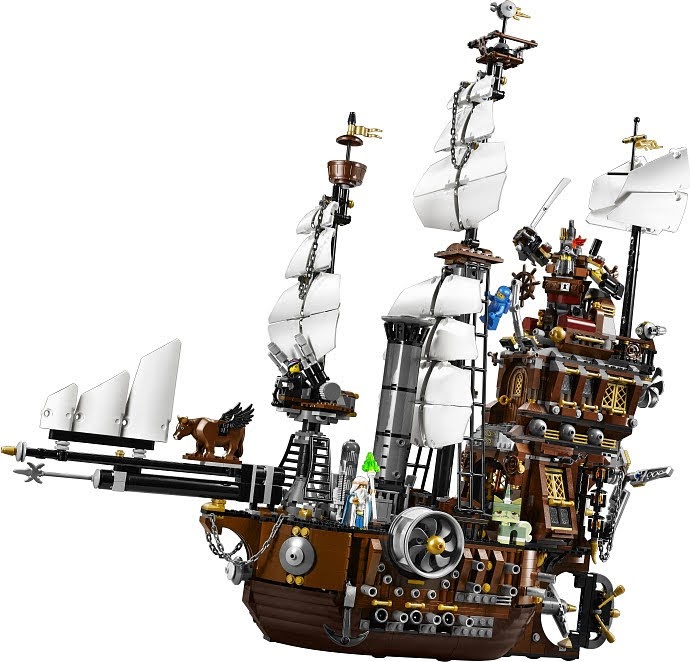 There was also a brief pirate themed adventure for the Master of Spinjizu in 2016 as NINJAGO headed to the skies with the Skybound storyline. Although not set upon the seas, the sets had a plenty of connections to pirates. Do you have fond memories of LEGO Pirates? Would you like to see them set sail again? Or how about Space Pirates? Let us know in the comment below.

Some images via Brickset