One of the largest sets in the latest wave of LEGO® Super Mario releases is the Master Your Adventure Maker Set. This is a far more than a mere Expansion Set and introduces a neat new play feature. As well as including numerous pieces to add to other sets, you’ll also find a new member of the Koopa Clan, a new warp pipe and a cool contraption, which brings new customisation options to your LEGO Super Mario play experience. But what do all these elements do when combine and does it make for a decent addition to the LEGO Super Mario collection? Find out in my final LEGO Super Mario set review, as I take a look at Master Your Adventure Maker Set. 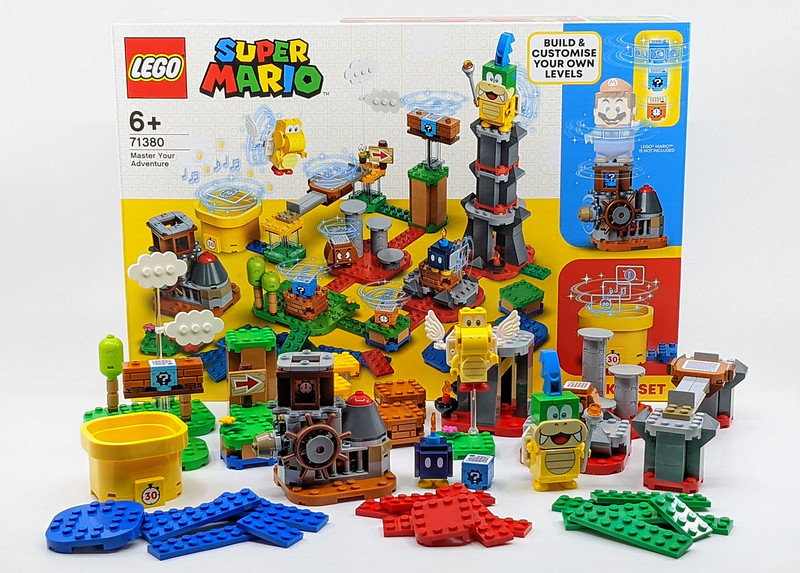 Enhance your LEGO® Super Mario™ experience and create unique levels with this Maker Set! Choose rewards for LEGO® Mario™ (figure not included) with the Customization Time Block and Customization Item Blocks. Build new challenges and introduce Larry and a Goomba, Bob-omb and Koopa Paratroopa to the play. Add the Special Pipe: Dash 30 and try to finish your level in 30 seconds to win more coins! 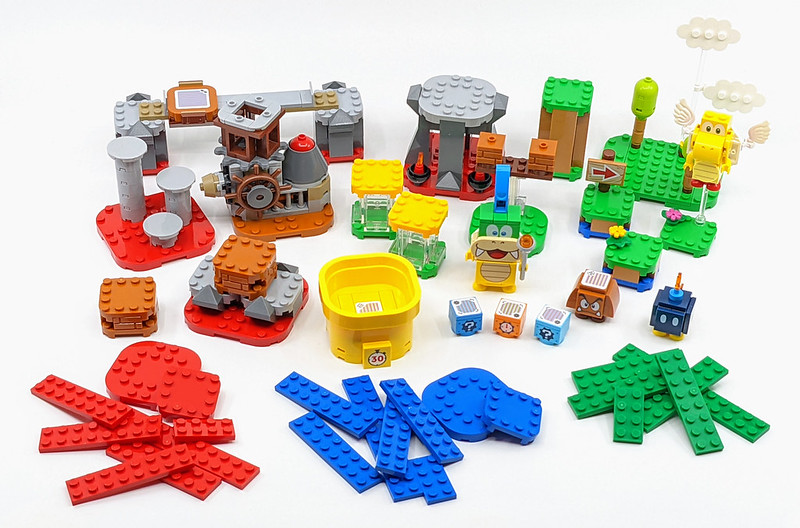 Although the Marker Set is largest of the new LEGO Super Mario sets, much of it features elements and minibuilds similar to those in many of the other sets. These are mainly focused on the lava-filled and grassy areas of the Mushroom Kingdom. So you’ll find a few battlements and grass-topped islands, as well as ‘floating’ platforms. 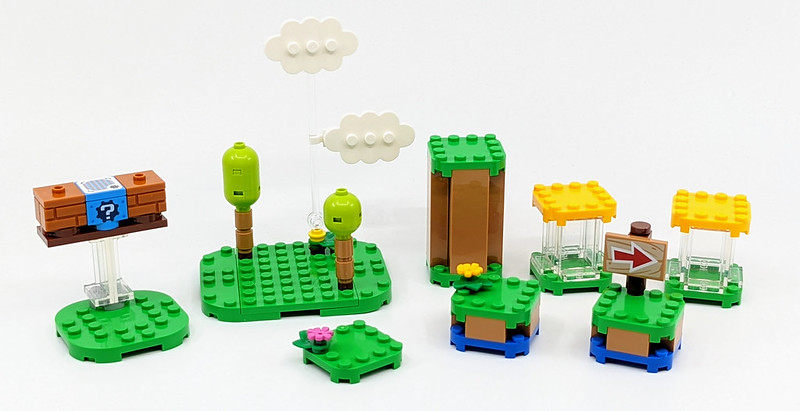 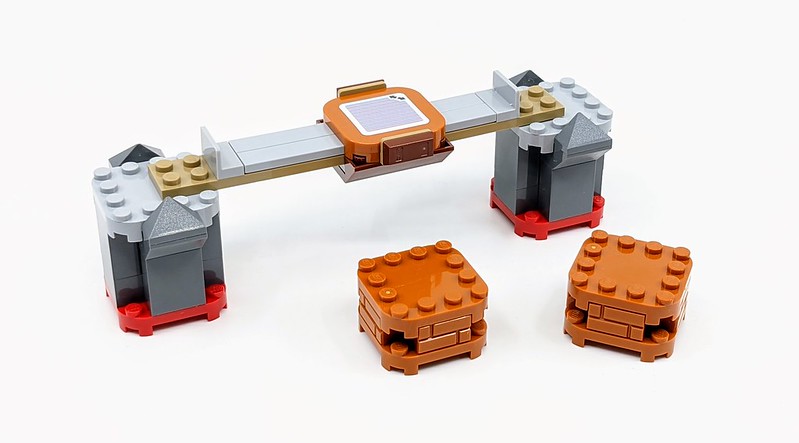 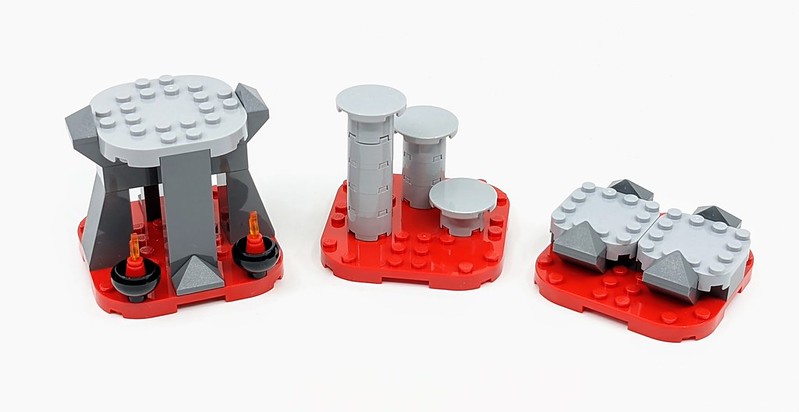 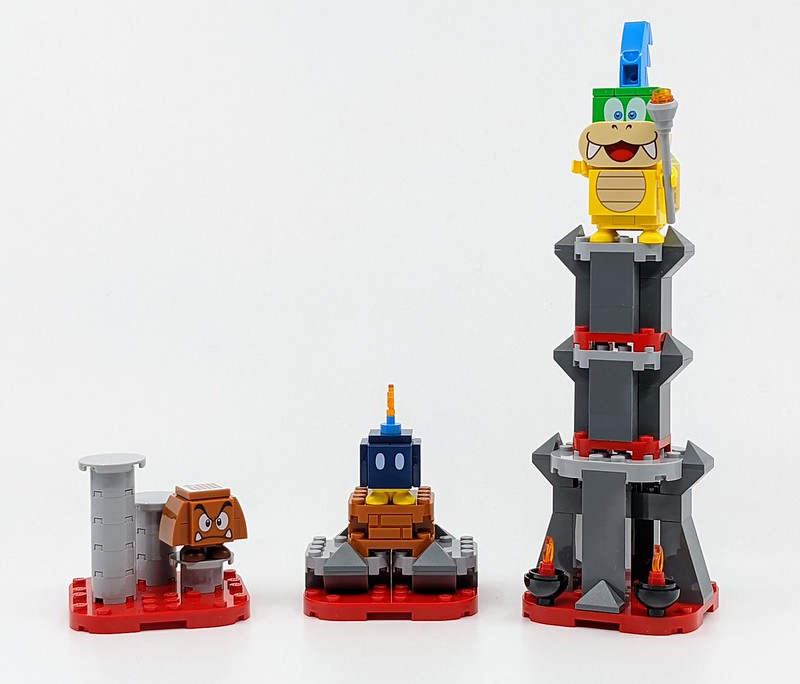 Despite all these little sections, platforms and plates, the main focus of the set is the Customization Machine. This lets you program one of three different Item Blocks. One is focused on time, with the ability to add different time bonuses to the block. The other two are focused on items and you can add things like Star Power or Mushrooms to these blocks. You program these blocks by adding them to the machine, you then place LEGO Mario on top and push the plunger. This pushes the block up towards LEGO Mario’s scanner. The act of twisting the machines, causes LEGO Mario to scroll through the various powers. Once you have the one you want, drop the item block back into the machine to lock it in. Once these programmable blocks are scanned after LEGO Mario hits one of the Start Pipes, the locked its power will be accessible. It’s certainly not a traditional aspect of Mario gameplay but it adds a fun element to play and it works nicely, something some of the other Expansion Packs struggle with a little. 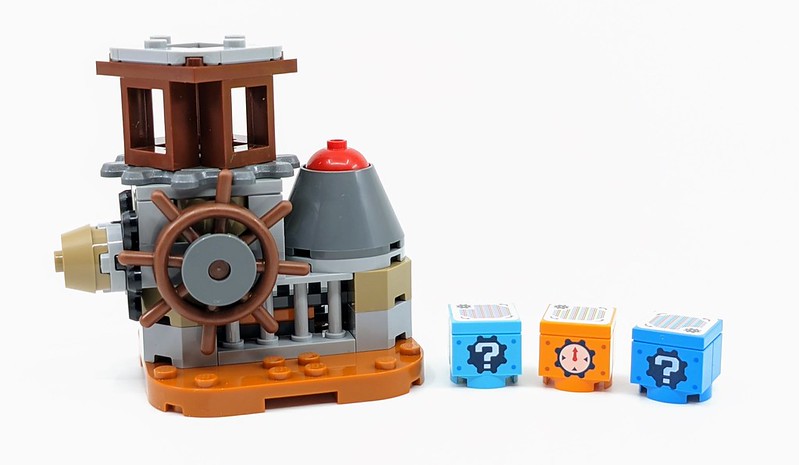 Another new aspect of play is the yellow coloured warp pipe. Just like the Start Pipe from the Adventures With Mario Starter Pack, this kicks off the level run. But this time you are only given 30 seconds to reach the finish flag and it can’t be integrated with the green Start Pipe from the Starter Pack. It also adds another piece of iconic music from the games, this time it’s the music from the slide sections of Super Mario 64. 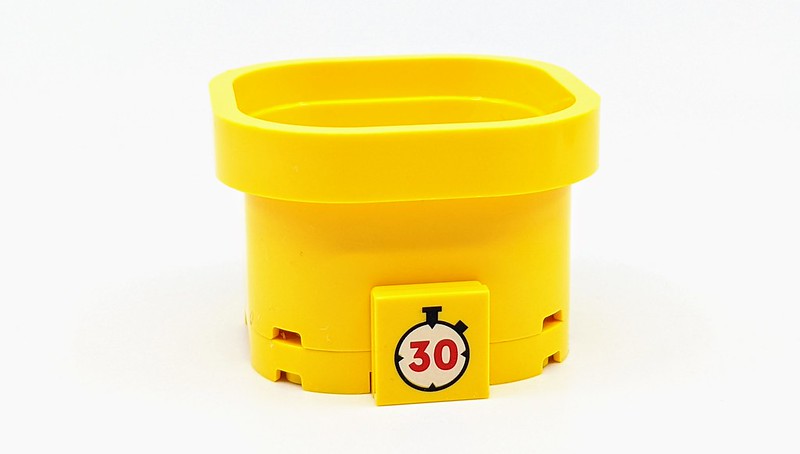 The set also adds another member of the Koopa gang, in the form of Larry. This blue-haired Koopaling Kid made his debut in Super Mario Bros. 3 along with his six siblings. His build is similar to Bowser Jr and used printed pieces for his face and chest. He also uses the same shell element but in blue. He’s joined by a Bob-omb, Goomba and a Koopa Paratroopa, none of which are exclusive to this set. 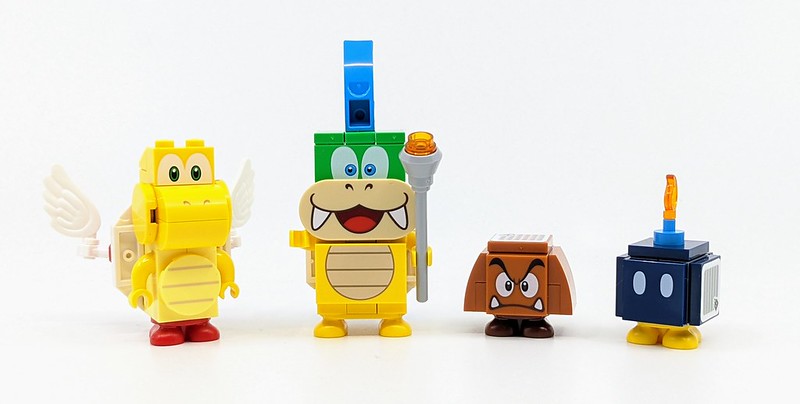 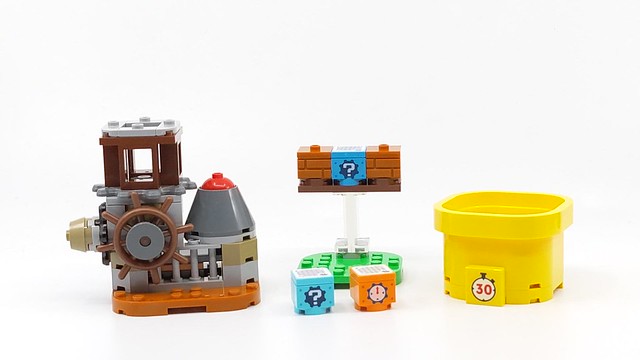 The set includes 9 Action Bricks, with each of the enemies featuring one. As Larry is considered a boss character, he’ll take multiple hits before being defeated, unless you’re powered up. The new yellow Dash Pipe acts as a new start point and when scanned, activates an iconic piece of Mario music. The bridge section activates a sort of mini-game, upon which LEGO Mario must stay on the Action Brick to gain coins as the platform is moved. Now the Item Blocks act very differently compared to others, they each have an Action Brick scan plate, but how LEGO Mario interacts with them during play can be changed to the Time Block can add extra time including +10, +20, +30 seconds. The two Item Blocks can be digitally filled with various goodies including a Mushroom, Poison Mushroom or a Super Star. 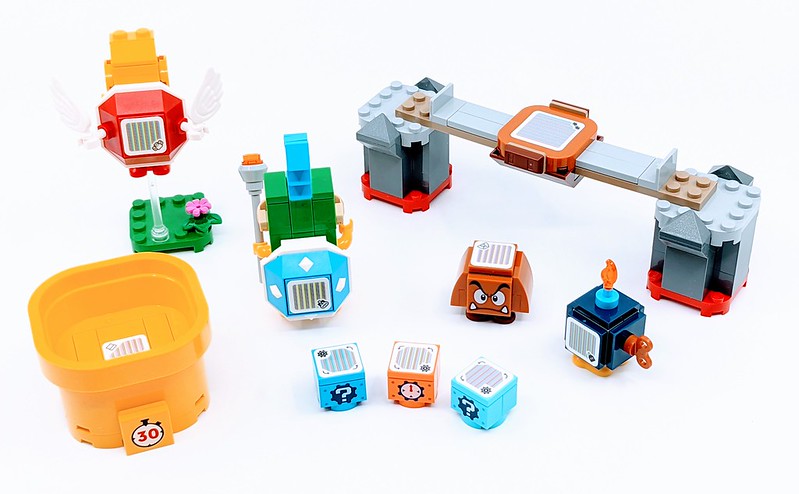 Even if you don’t grab many of the LEGO Super Mario Expansion Packs, you can have a great experience with just the Starter Pack and this new Marker Set. Although much of the set is similar to others, the Customization Machine is a really fun addition to the overall experience. It’s certainly one of the better sets in this new wave. There is a missed opportunity with this set, as it could have been tied nicely with the Mario Maker games, which could have seen the Builder Suit being included with the set or at least utilising it to unlock some sort of special bonuses. In all honesty, the LEGO Super Mario sets are difficult to review, although images and words can partly describe them, you need to get hands-on with them to appreciate the interactive elements. Which is why the sets do not have traditional instructions, although I’ve seen numerous complaints because the build steps are presented via an app, it really is the best way to do so. Please note the LEGO Mario interactive figure is not included with this set. It can be found in the LEGO Super Mario Adventures with Mario Starter Set. 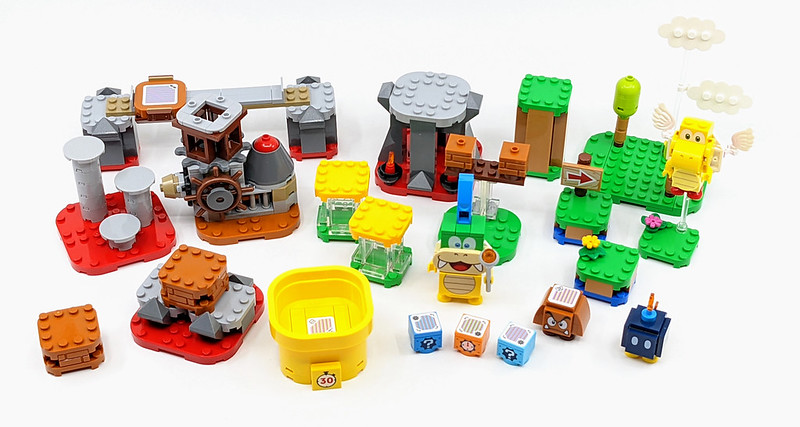