When he isn’t blasting around the racetrack or smashing the heck out of his fellow Nintendo chums, Mario likes to relax in a quiet corner of the Mushroom Kingdom. Mario’s House is a very obscure choice for a LEGO® set to be honest as it only really features in the overlooked but amazingly funny Paper Mario games, as well as the Superstar Saga titles. Where they act as the starting point for your adventures. In LEGO form it’s a great way to introduce a certain green dinosaur. As with much of the LEGO Super Mario range, the Mario’s House & Yoshi is an expansion set, which can be combined with the Starter Course and other Expansion Sets to create your own ‘levels’. So as I continue my reviews of the entire LEGO Super Mario range, read on for my review of the Mario’s House & Yoshi Expansion Set. 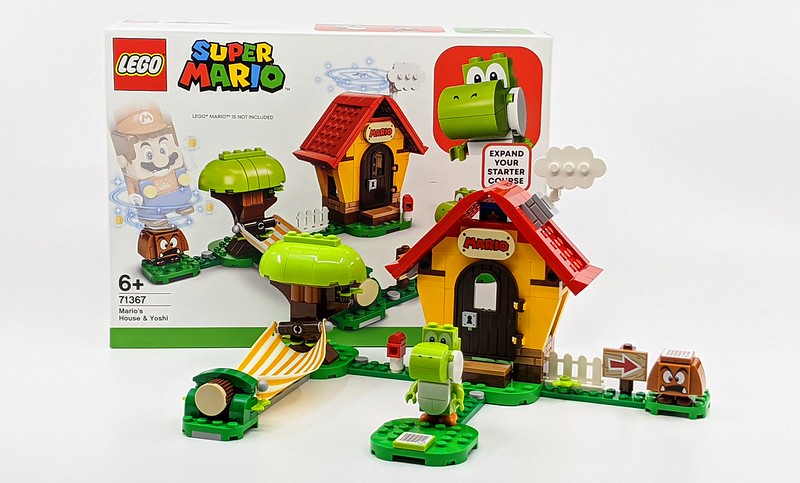 Fans can enhance their LEGO® Super Mario™ gameplay and enjoy lots of creative role-play fun with this Mario’s House & Yoshi Expansion Set (71367). This collectible toy playset features a buildable house with an opening door and roof with a Super Star Block underneath. A great gift for kids who have the Adventures with Mario Starter Course (71360), it also has a hammock to rock LEGO® Mario™ (figure not included) to sleep, plus Yoshi and Goomba toy figures to interact with and win coins. 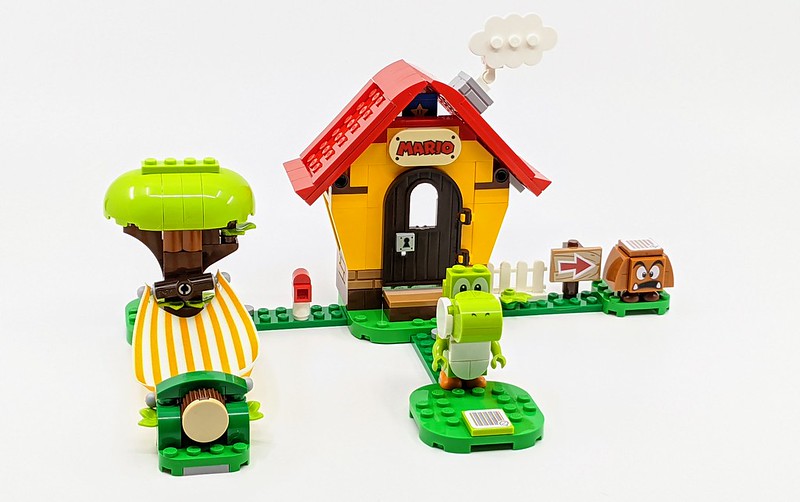 The focus of the set is a small hut-like house, which sits alongside a hammock, a tree and is also home to Yoshi. Although this egg flinging dinosaur is hanging out here, the house is Mario’s and has his name featured on a printed round-edged tile. The roof on the house is built like many other LEGO dwellings, with the sloped roof panels attached by hinge plates. But here they aren’t just used as a way to get the correct angle, they also act as a play feature. LEGO Mario can jump on the slip edges to open up the roof and uncover a Super Star Cube. 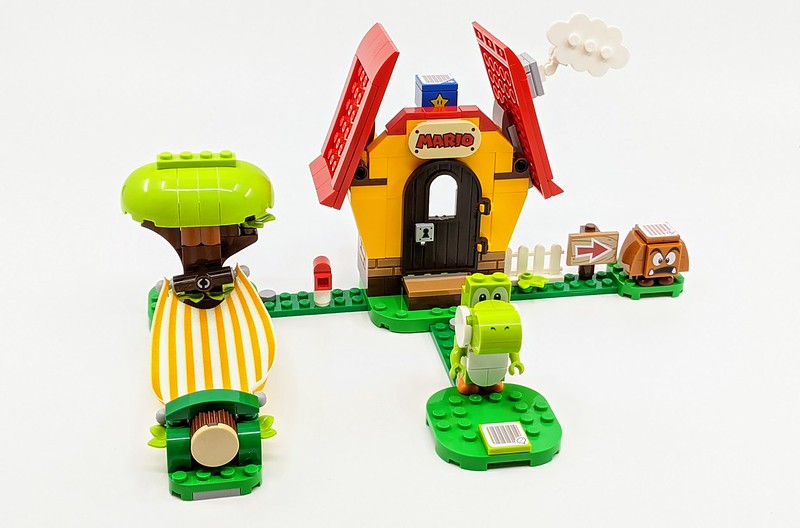 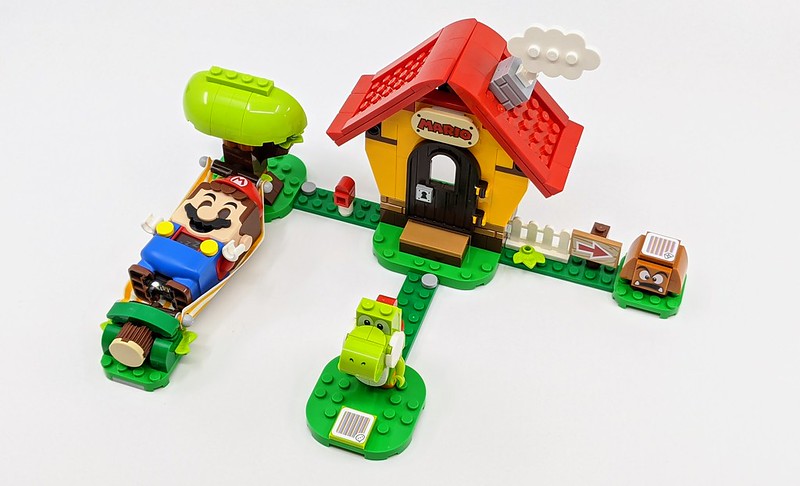 The tree isn’t just a bit of scenery, it’s the anchor point for a hammock, made from a unique material piece. Laying LEGO Mario down in this makes him rather sleepy. It doesn’t affect gameplay but does activate a fun Easter Egg. Other elements include a small post box, a directional sign, which is a printed piece and a small picket fence. 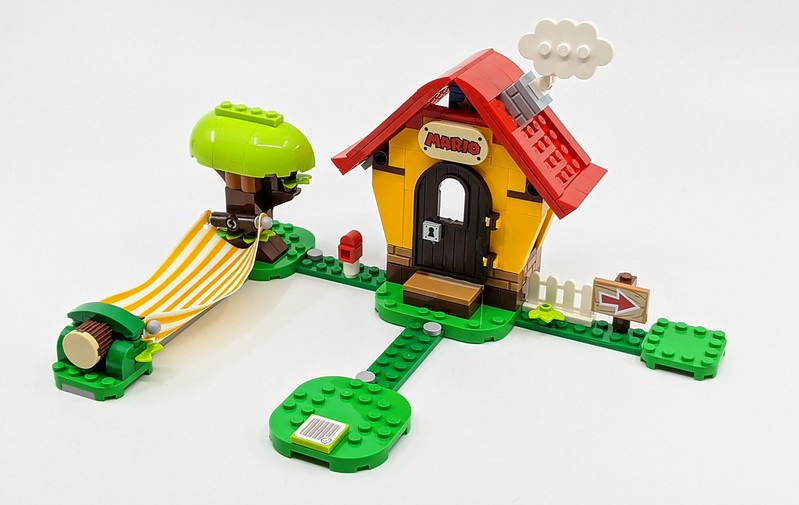 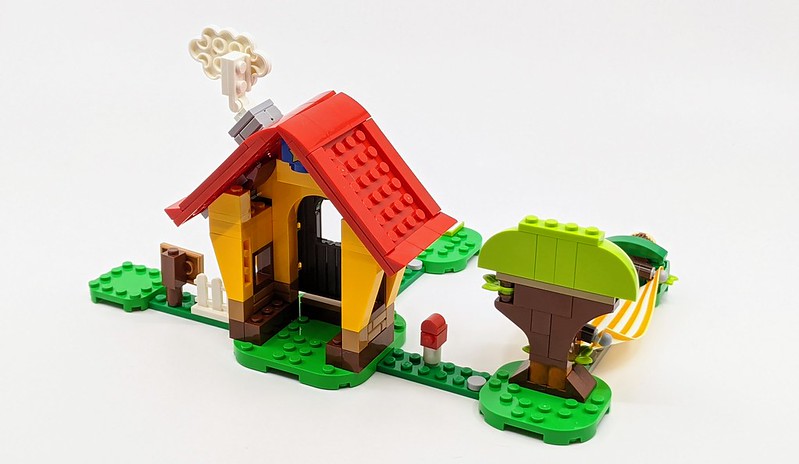 There are two brick-built characters included in the set a Goomba and Yoshi. Although all the fungus goons are built in the same way, the one here has a different printed face than the one found in the Starter Course. Yoshi is best described as compact, he looks like you’d expect Yoshi would, but little squashed. Yoshi’s eyes and nose are both printed elements, the eyes are the perfect example of build feeling compact, as they are particularly covered up but the nose section.

The set features three action Bricks, one on top of the Goomba, one on the Super Star Block and finally one on a plate where Yoshi stands. LEGO Mario can recognise each plate to gain coins. These can be integrated into other sets to let you gain a better score. 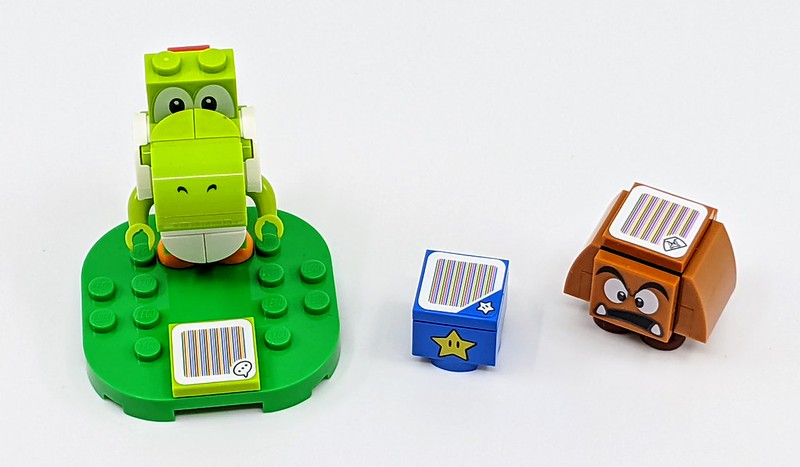 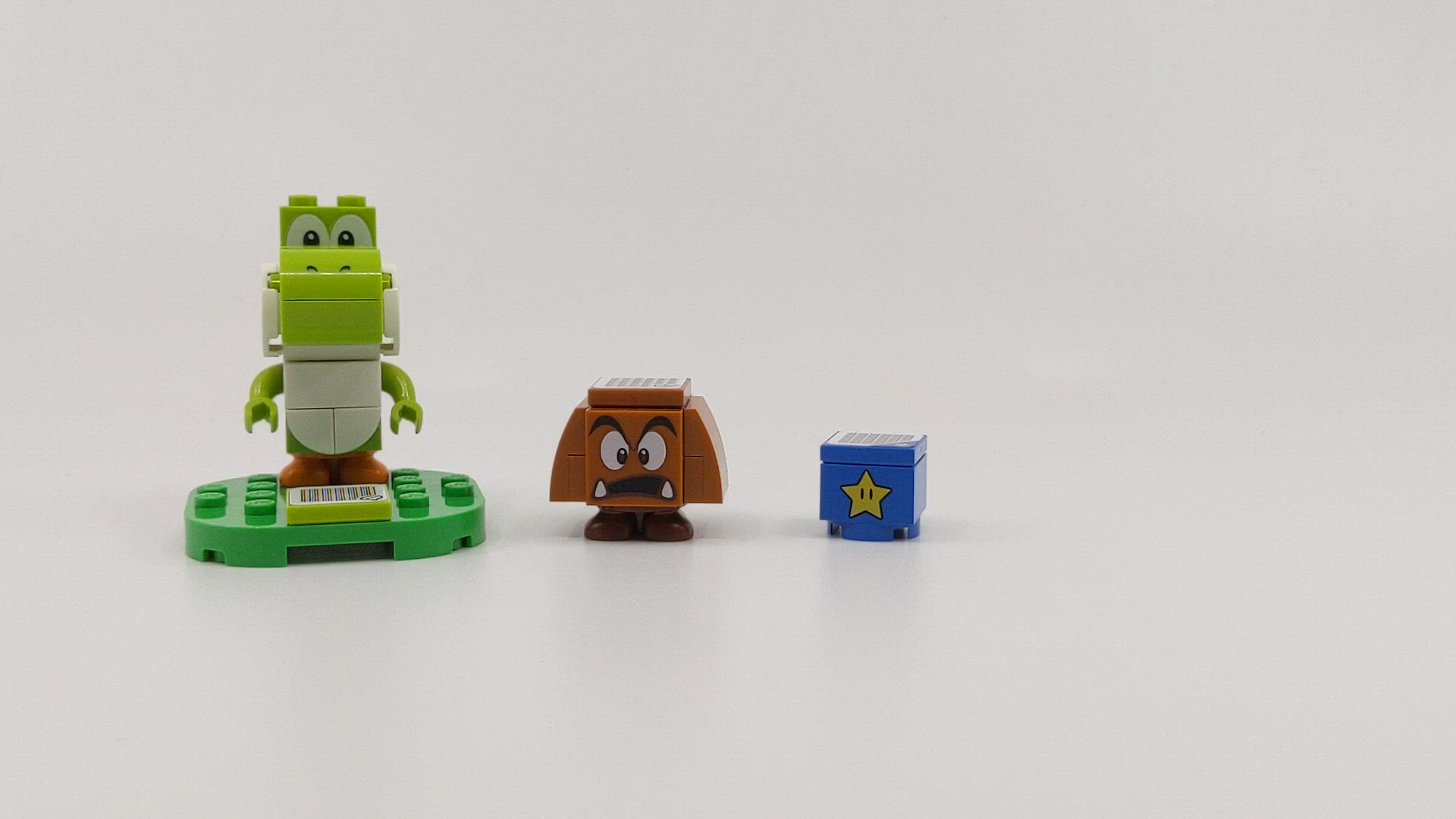 As one of the ranges mid-priced sets, it offers a slightly more substantial build compared to the Starter Course. It doesn’t offer much in terms of gameplay, although it does have one of only Super Star Blocks and of course is the only set to include Yoshi. The set is a little less modular than others, due to only having a couple of buildable elements but that makes it much easier to integrate into a larger course. It would have been nice if Yoshi offered up more than a friendly hello from Mario and some coins, I’d have taken a simple Yoshi gulp SFX. Still, it’s a fun little set and I love that even the lesser known Mario games can act as inspiration for the LEGO Super Mario sets. Please note LEGO Mario figure is not included with this set. 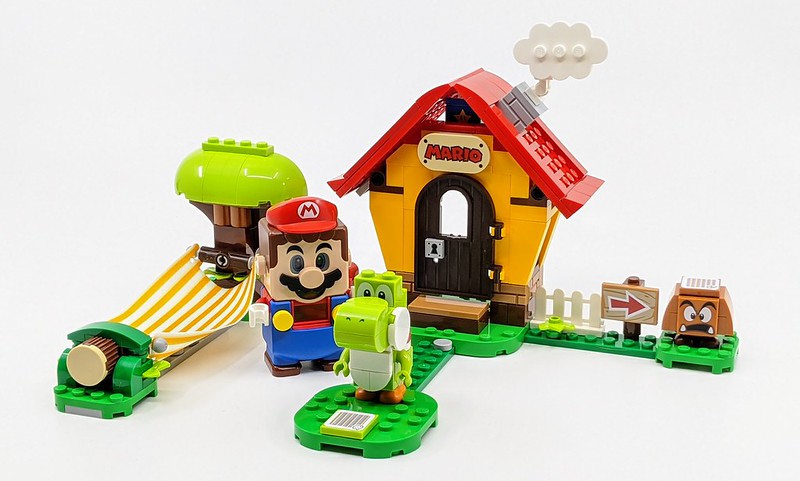