As the witching hour approaches, the interest in spooky-themed LEGO sets grows. One particular theme still captures the imaginations of LEGO fans, but Monster Fighters has long been retired. However, an equally spooky contender has been haunting toy stores for the last couple of years. LEGO Hidden Side shares a lot of traits with Monster Fighters with a gang of heroes taking on evil forces from another realm. They also both feature a large-scale building, with Newbury home to an ancient mysterious castle. So as we prepare to bid farewell to Jack, Parker and J.B., here’s my review of one of the largest sets in the current wave of new Hidden Side sets. Get ready to uncover the Mystery Castle. 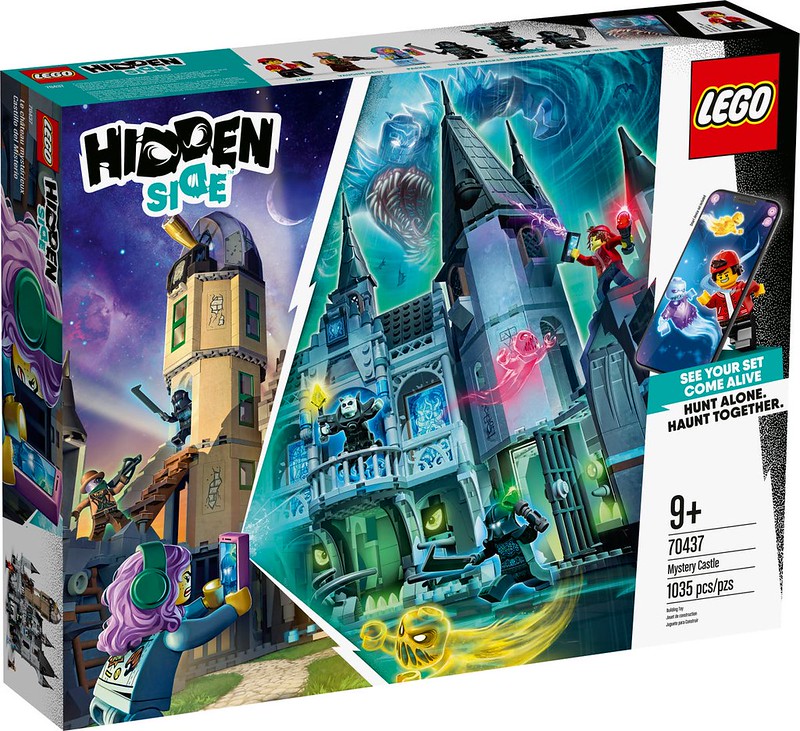 Fans of virtual reality and video games love the amazing LEGO® Hidden Side universe, where physical and digital worlds meet to provide an incredible, single or multiplayer augmented reality (AR) play experience. This LEGO Hidden Side Mystery Castle (70437) playset combines a buildable LEGO model with an app, so interaction with the model triggers events in a digital world.

Digitally interactive ghost-hunting toy
The mystery castle springs to life when viewed through a smart device with the LEGO Hidden Side AR app. Children then get to explore, solve mysteries, hunt ghosts and battle boss ghost The Maw in an exciting digital world. The possessed castle model also folds out, setting the scene for action-packed role play with the Jack, Parker, Vaughn, Nehmaar Reem and 2 Shadow-Walker minifigures. 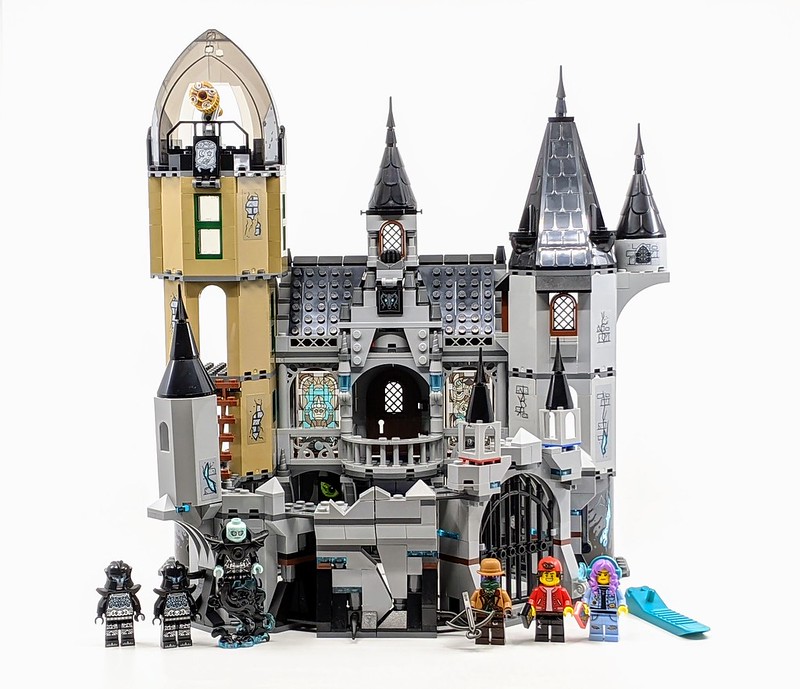 The legendary Haunted House set from the Monster Fighters theme is still much revered by LEGO fans and the Mystery Castle is the closest the Hidden Side theme has come to emulating that set. The build is spread across several bags, with the first couple of stages featuring multiple bags. 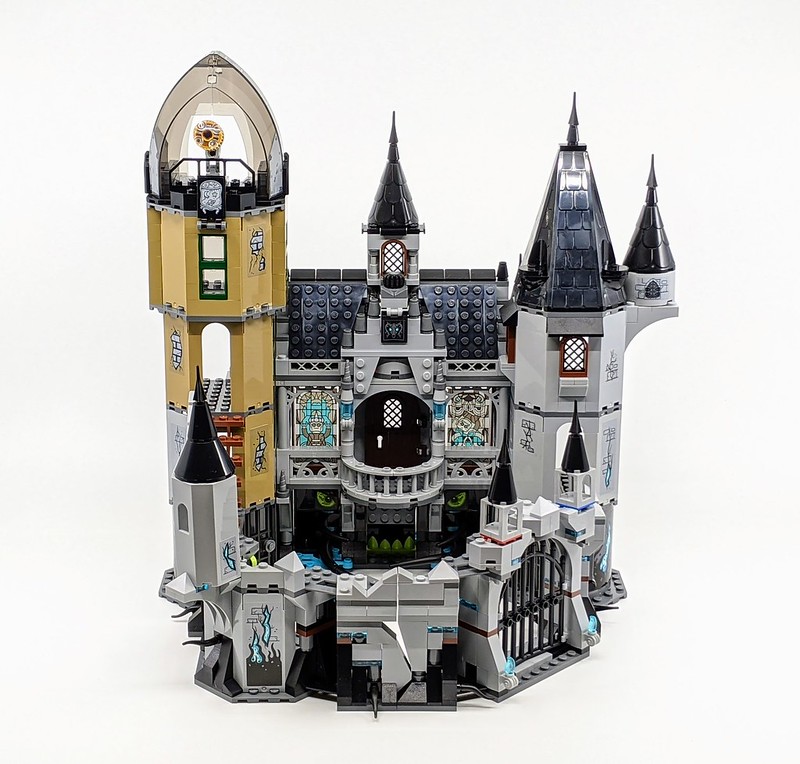 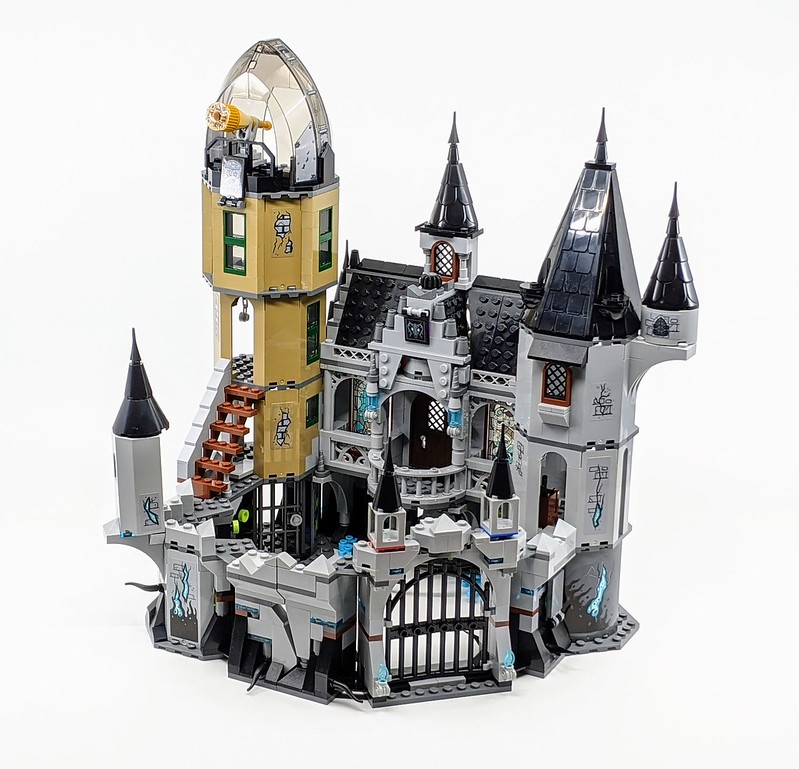 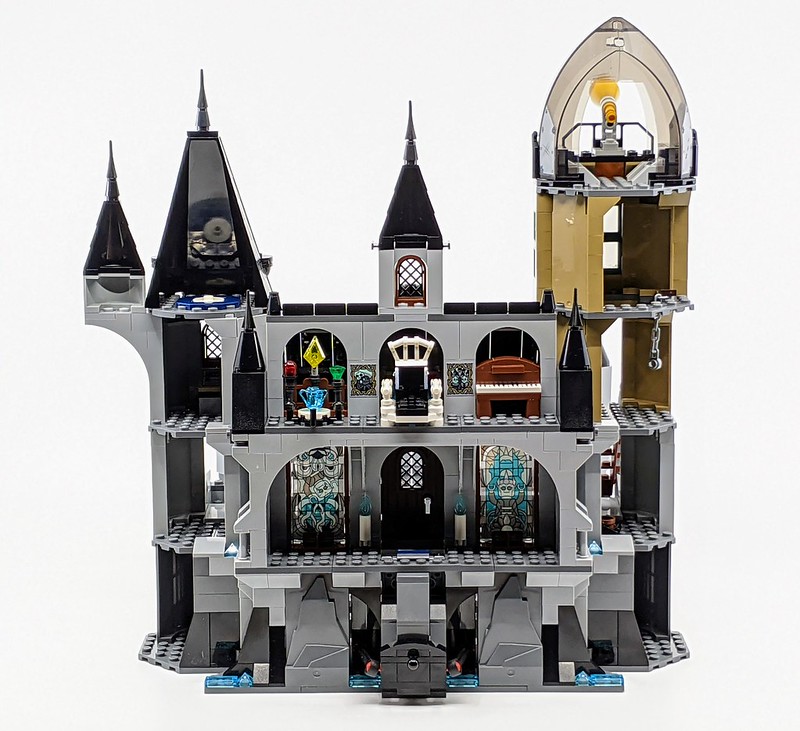 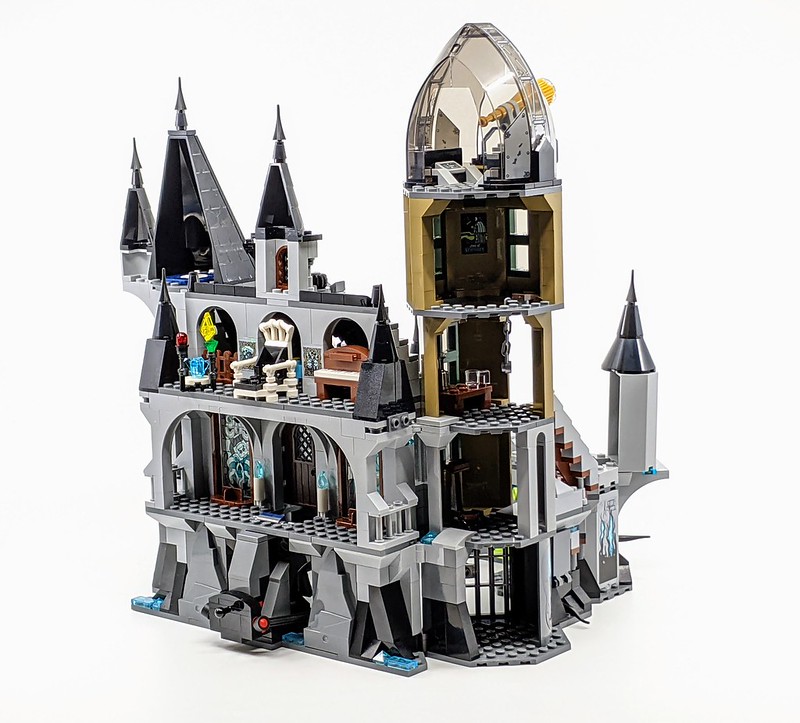 The entire build is focused around a gothic looking castle, so there are no random bits of scenery or odd vehicles included just to flesh out the set, which I prefer. Like other buildings in the Hidden Side range, the Castle is partly a cross-section of a building, so the back is open and the interior is minimal. Despite this, there are plenty of neat details inside the castle. You’ll find a throne and a mysterious bejewelled contraction, which reminds of the Moonstones from Monster Fighters, an organ for playing spooky sounding tunes. 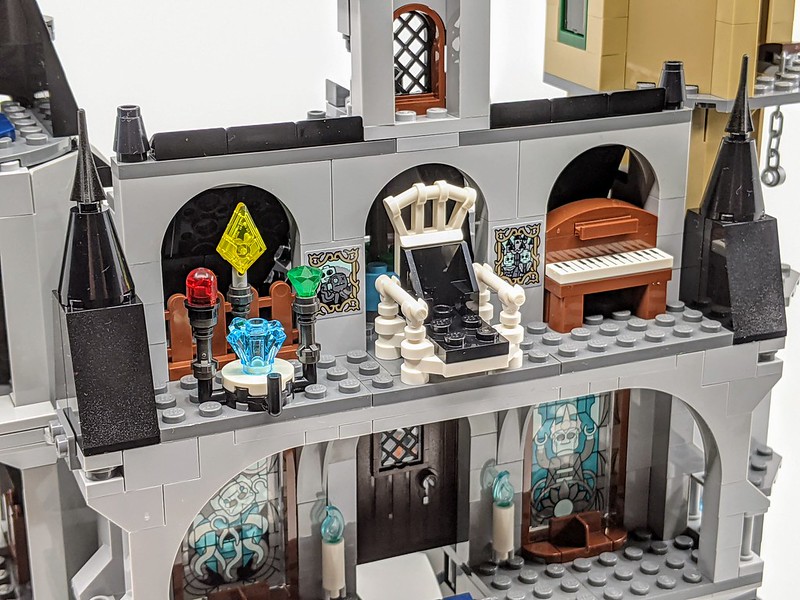 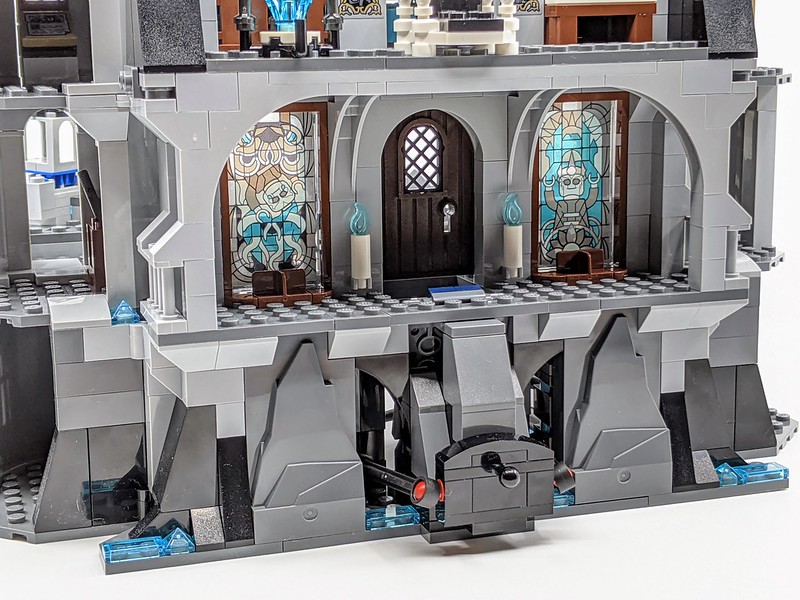 One thing you’ll notice is a large number of stickers, there are two sheets of them. I’ve said it before, I’m surprised by how heavily the Hidden Side sets use stickers but I have to admit most of them do look great. I particularly love the stained glass windows which frame the throne. Most of the other stickers are used to give some brickwork texture to the walls and interiors of the castle and they definitely look better for it. 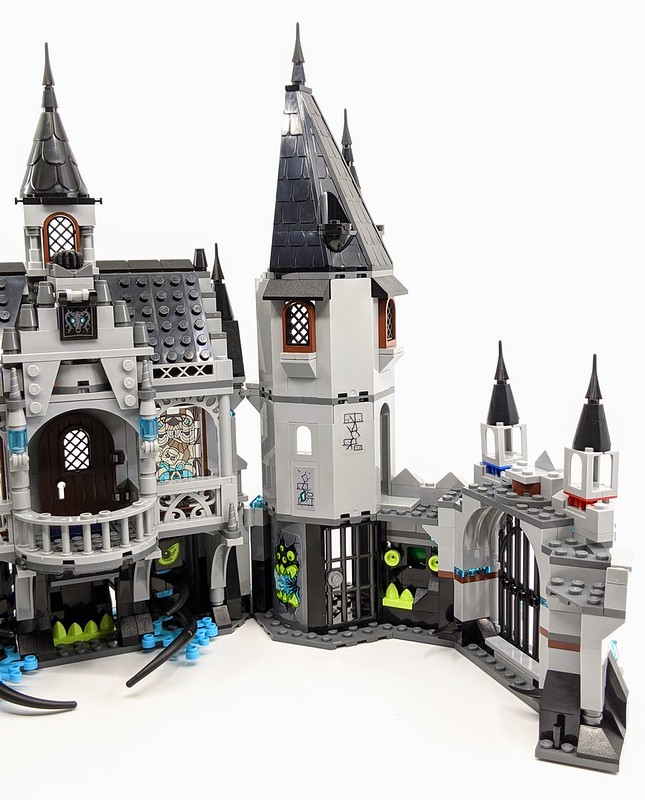 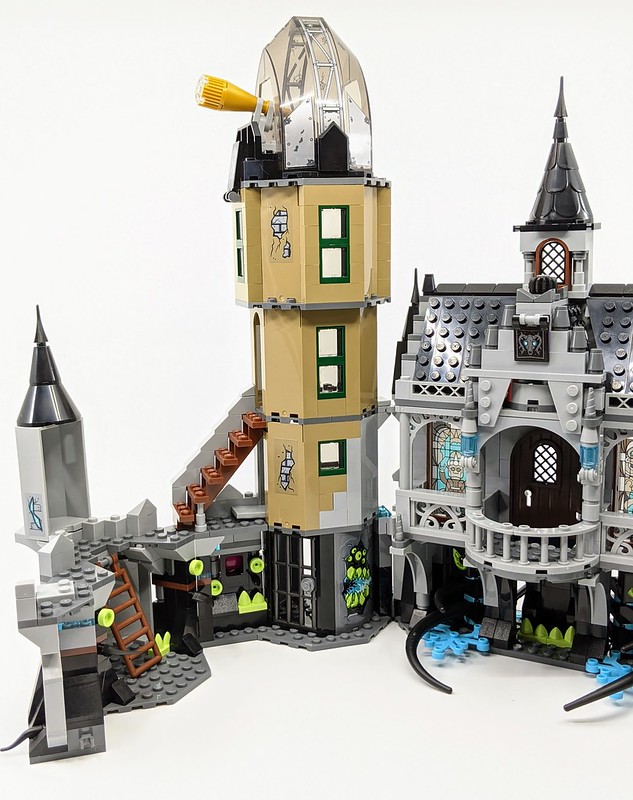 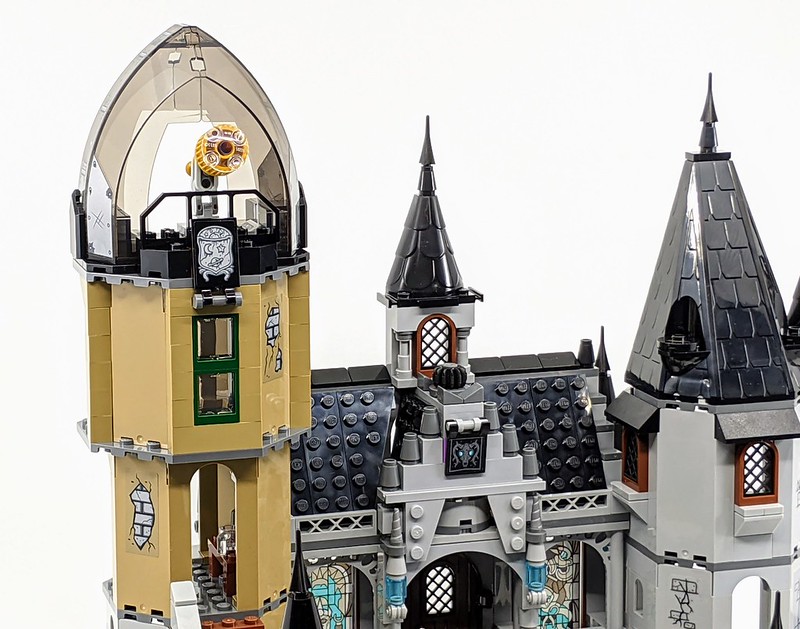 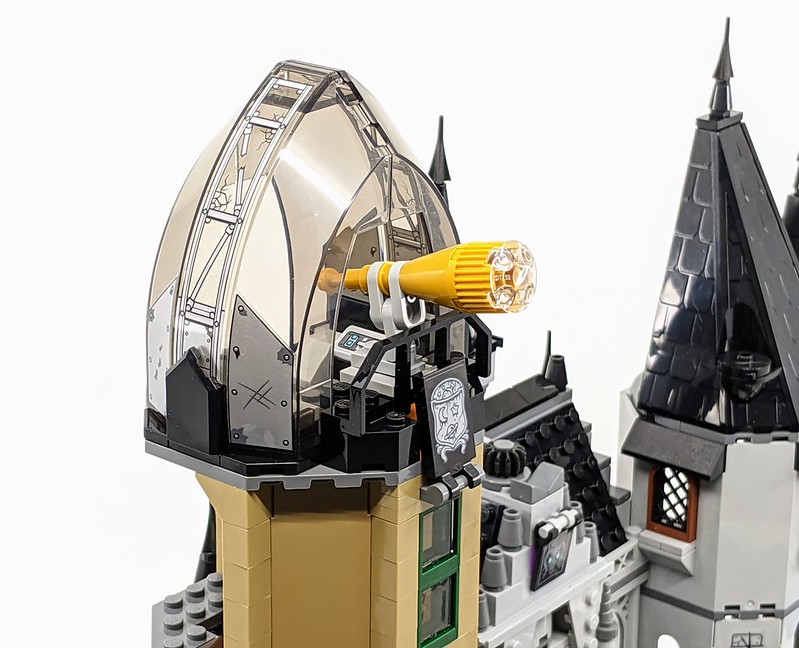 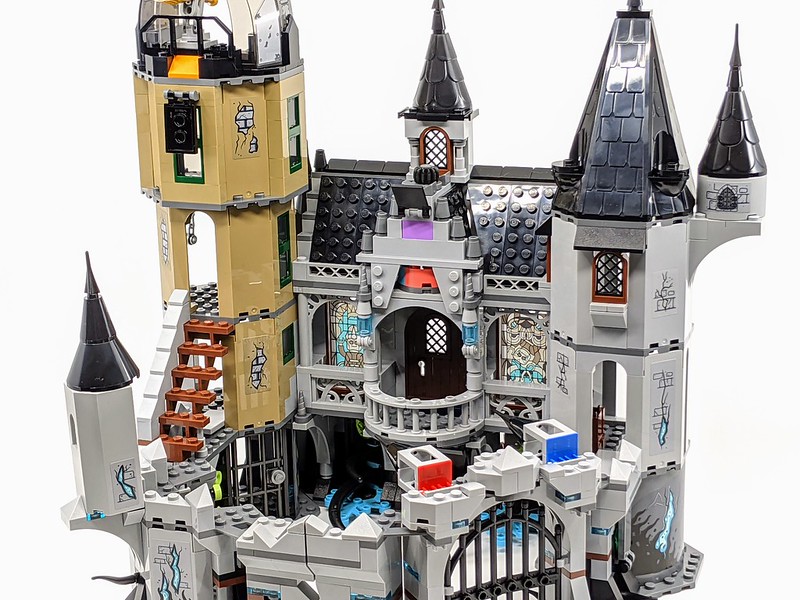 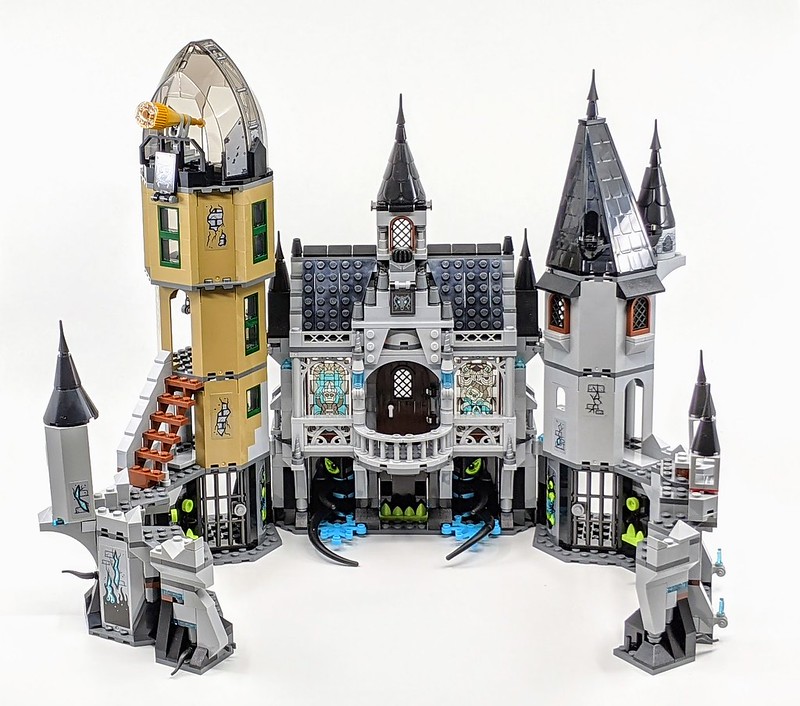 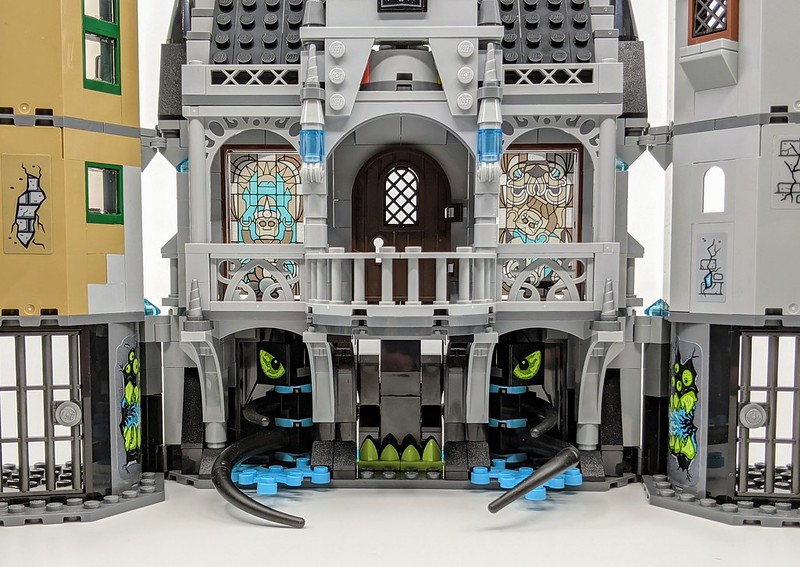 It’s often the Hidden Side transformations which offer the best physical play features and that’s partly the case here. In fact, the only play feature is solely located around the same section. Which includes a block you pull and push from the rear of the set which activates a trapdoor. This also causes a couple of tentacles to open. Apart from that, there’s not really any other play features. One of the things I quite like is the observation tower. This houses a telescope beneath a domed top. The elements used for it were first featured on The LEGO NINJAGO Movie Water Strider mech. 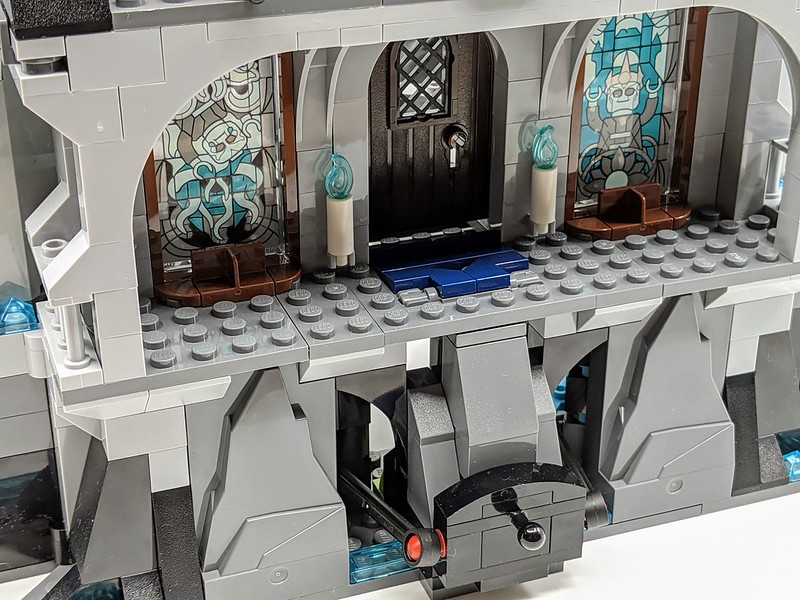 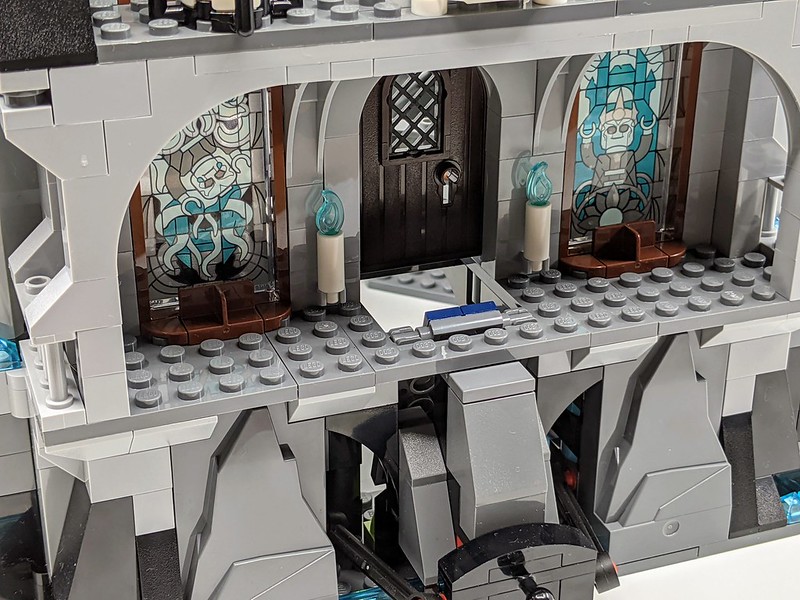 The new Hidden Side sets continue with the AR functions but also expand upon them. The set can be played with as you would with any LEGO set, but you can enhance play with the addition of the LEGO Hidden Side AR app. This brings the set to life by overlaying graphics and animated elements around the physical set. Once you scan the set, it comes to life with an animated background and moving elements. As this is a larger set, find a big enough blank area to be able to scan it properly could be tricky, especially as you have to move around the set to take out the ghosts. You’ll also get to take on The Maw, who is the boss ghost of this set. 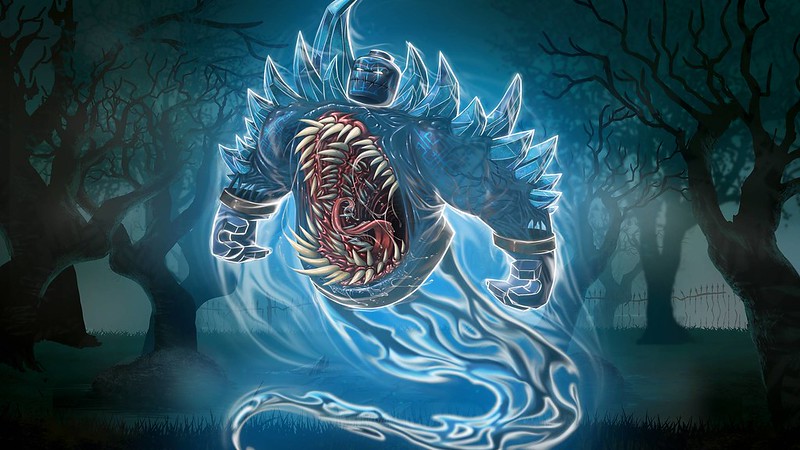 One of the most interesting things about the Hidden Side sets are the Minifigures. Beyond the main characters of Jack and Parker, those who dwell in the Hidden Side have given us some great characters. Which is certainly the case here and unlike other ghosts terrorising Newbury, those hanging out in the castle, are far darker. In fact, the spooks featured in this set are from a realm far beyond the Hidden Side, hence their unique appearance. Nehmaar Reem is a harbinger of the Shadow Walkers and the big bad of the current wave of Hidden Side sets. If he looks familiar that’s because he is included with the Fire Truck set as a brick-built character. Here he is in his Minifigure form, which includes a couple of great elements. His chunky pauldron gives him a menacing look, which looks great when combined with the ghostly trail element. 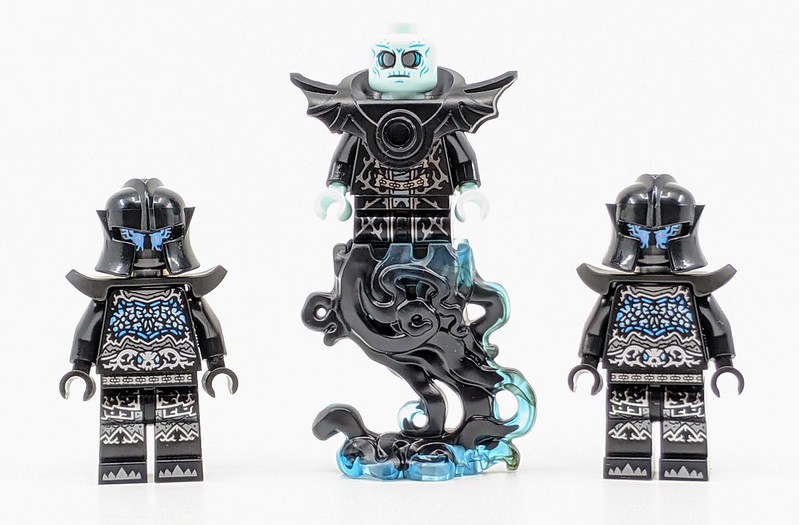 Two of his minions are also featured. These are both the same in their design and match the style of their master so are all in black with mysterious detail on their armour and black orc helmets. One of their best features is the transparent heads, although they are lost when covered with the helmets.

Parker and Jack appear in their newer forms and they are joined by a ghostly ally called Vaughan Heist. This good guy ghoul has a steampunk vibe to him and reminds me a little of Doctor Rodney Rathbone from the Monster Fighters theme. I really like the print detail on the torso and legs of Vaughan, especially the tiny ghost on his belt buckle. He also has a transparent headpiece, to tie him to the ghostly realms. 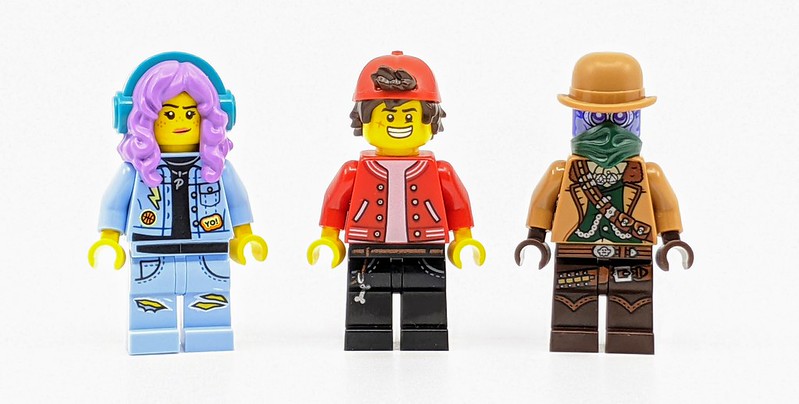 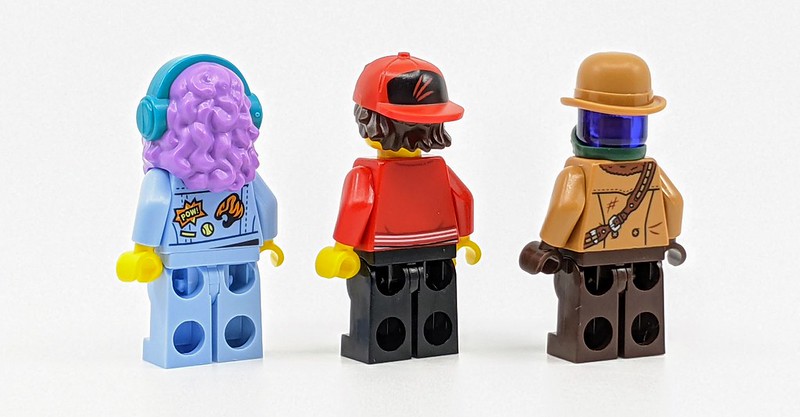 It’s an interesting looking set, which doesn’t really look like a castle, more of a mansion of sorts. In fact, there aren’t any turrets instead there are pointed spires which use single moulded elements. One thing I do find annoying with the build was the constant need to keep turning the entire set around between build steps. One minute you’re putting something on the front of the Castle and the next step has you flipping it around to add something to the back and then over to the front again. This was way more excessive than most builds. There are numerous stickers featured in the set, but they are easy enough to apply on most surfaces and do add much-needed detail. Although it lacks the play features compared to other Hidden Side sides, the additional AR functions are a fun bonus. It will certainly make a great addition to any spooky scenes this Halloween but is generic enough to also be integrated into cityscapes.