The legendary Monkey King has many magical abilities, including being able to transform at will into any form. This has inspired one of the LEGO® Monkie Kid promotional polybag sets. Build Your Own Monkey King, transforms Sun Wukong from a Minifigure into a selection of bricks that can be built into any form you can imagine. So before I take a look at some of the new LEGO Monkie Kid sets, arriving on March 1st, I’ve taken a look at the Build Your Own Monkey King set. 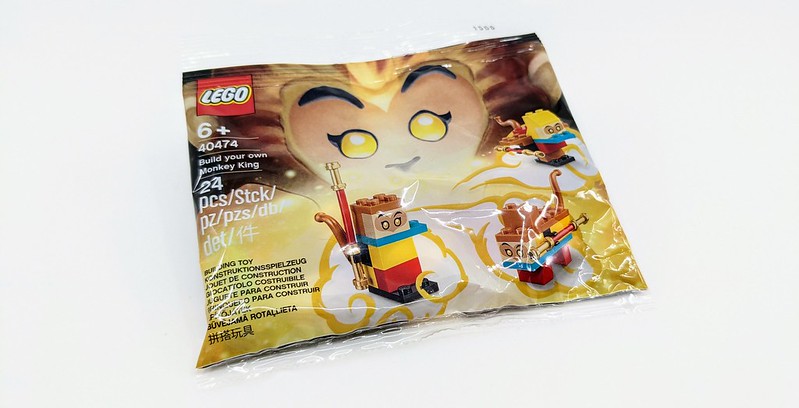 The polybag is a little unusual for the theme, normally the various story-driven or licensed LEGO themes often inspire minisets to give a taster of the larger sets. This is more like a Creator set or that well-known Duck polybag, which is used to show how versatile LEGO bricks are. 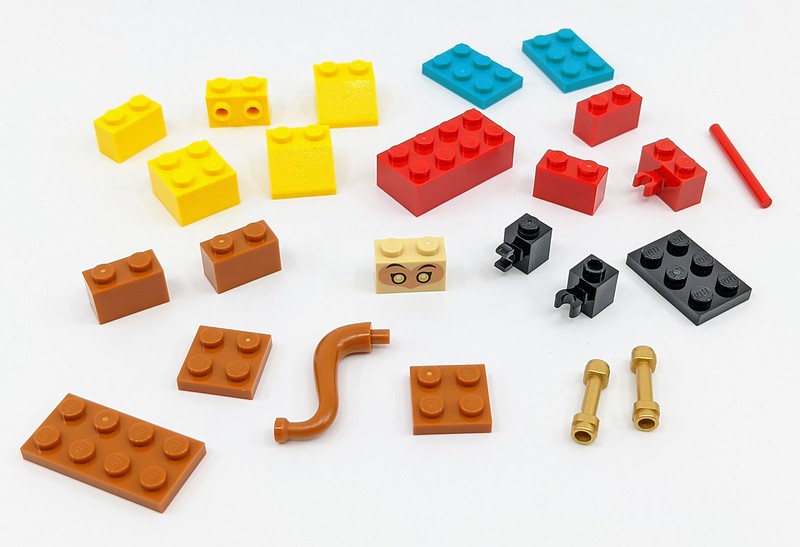 There are 24 pieces included in the set, most are fairly common elements, although there is unique printed 1×2 brick featuring the Monkey King’s face. The ‘elephant trunk/tail’ element is also quite rare in this particular colour. There are no instructions included with the set, instead, there’s a sheet showing some inspirational builds. The key to the set is to use your imagination to build whatever you want. It’s not the easiest set to get hold but is you can I’d say it’s worth tracking down. Not for the elements but it’s a fun set to build and offers almost endless build combinations. 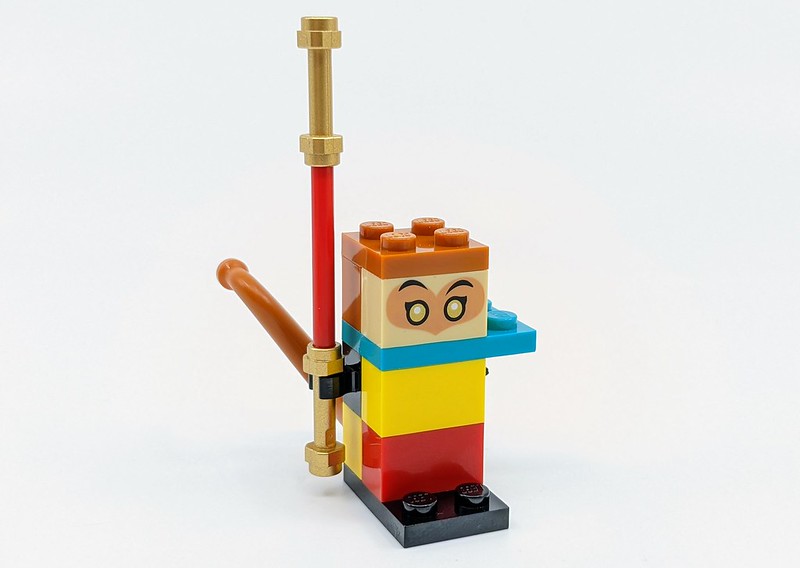 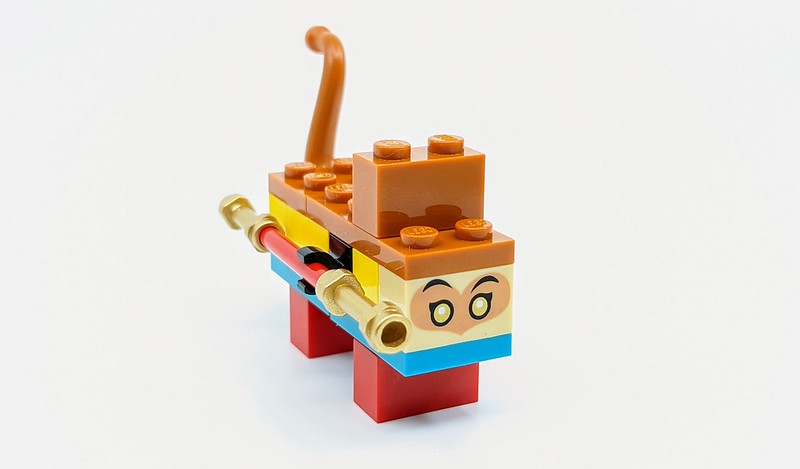 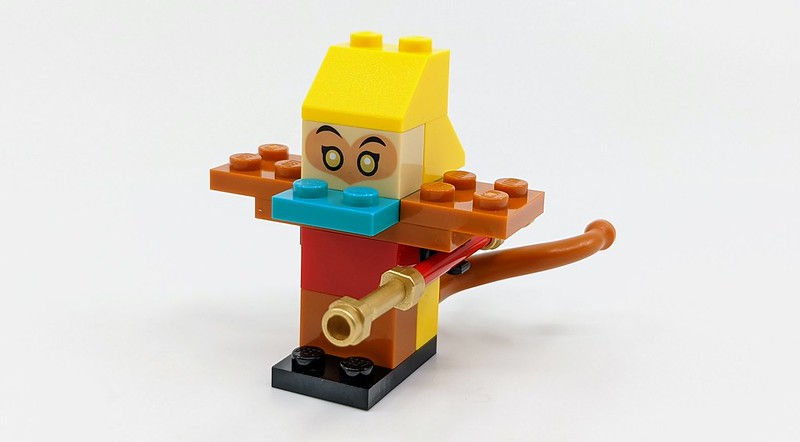 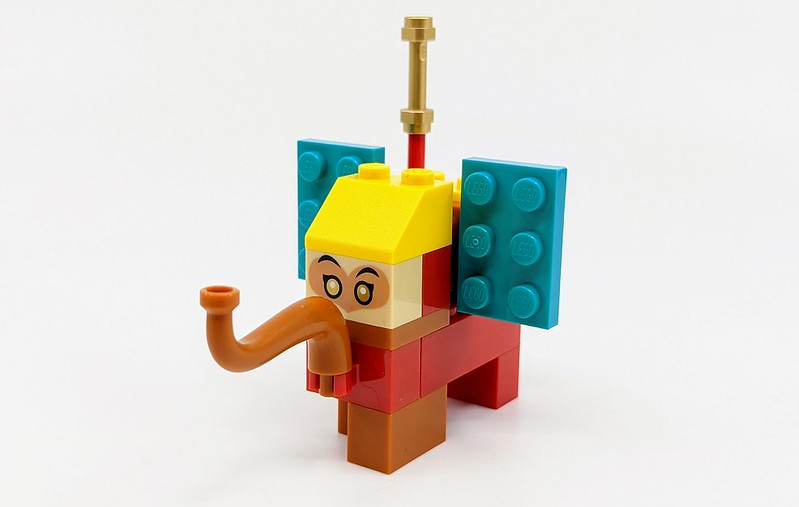 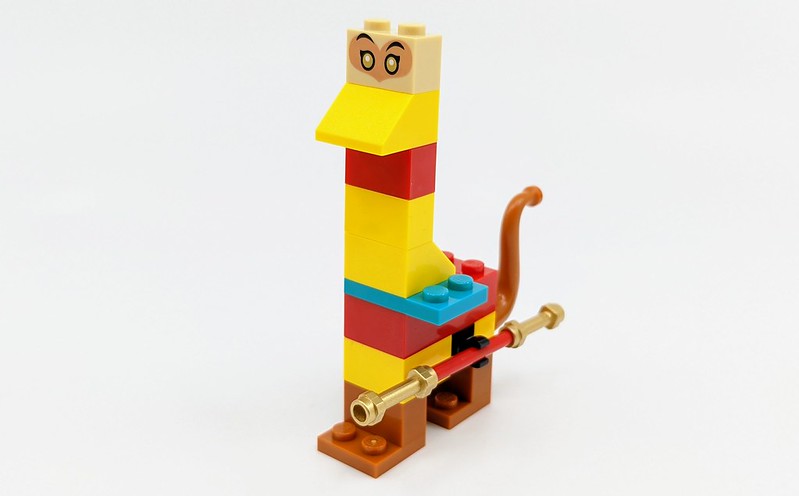 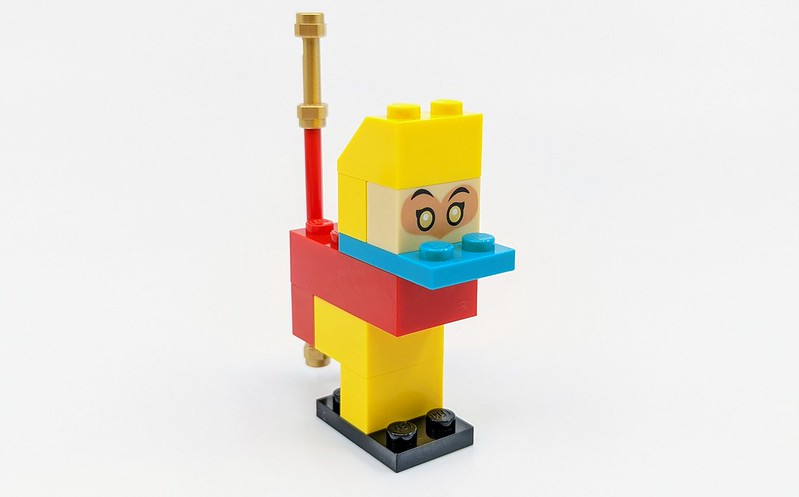