A couple of years after the LEGO® BrickHeadz theme was supposedly set to end, it’s still going strong and the latest addition introduces an all-new license. The Universal Monsters have been scaring up movie screens since the early 1920s and one of the most famous monsters is Frankenstein’s. Based on the classic novel by English author Mary Shelly, Frankenstein tells the story of a professor who is obsessed with bringing the dead back to life. The result of his experiments is Frankenstein’s Monster, who is also the subject of the latest LEGO BrickHeadz character. Here’s a short review of the spooky new set – It’s Alive!!!! 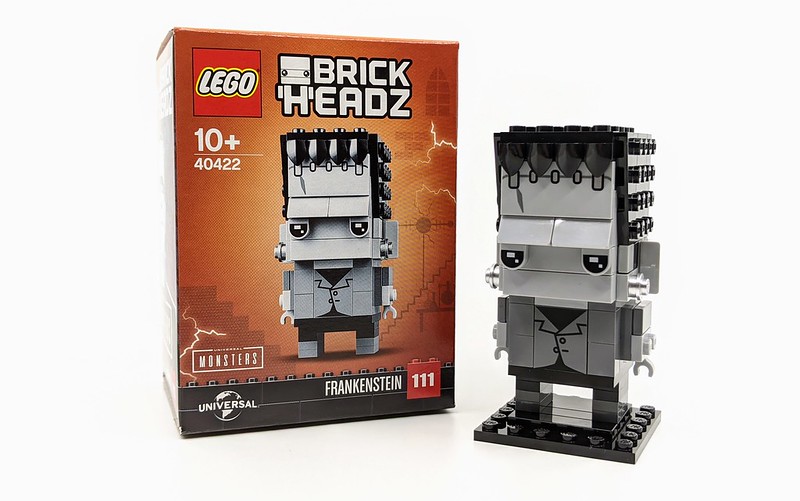 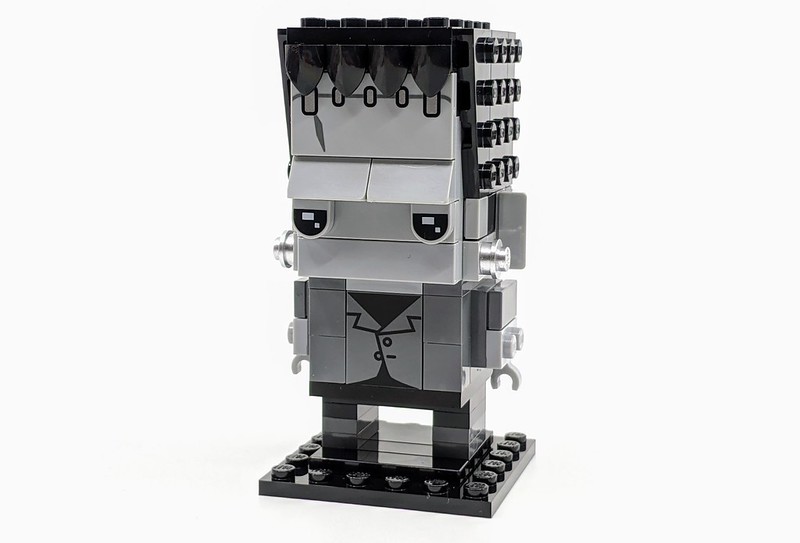 Frankenstein’s Monster has appeared in many forms but the most famous version is that of Boris Karloff’s take from the 1952 Universal Studios movie. This shows the monster as a lumbering beast, with bolts in its neck and stitch marks across its body. This has become the staple look of the creature and is the direct inspiration for this BrickHeadz. 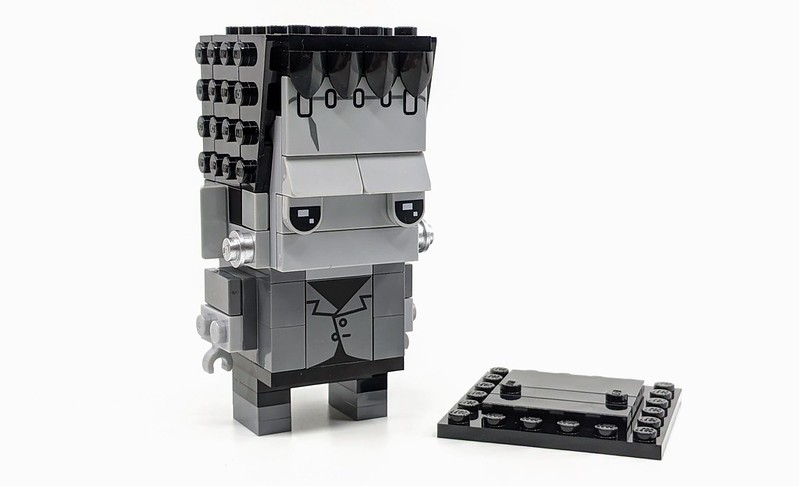 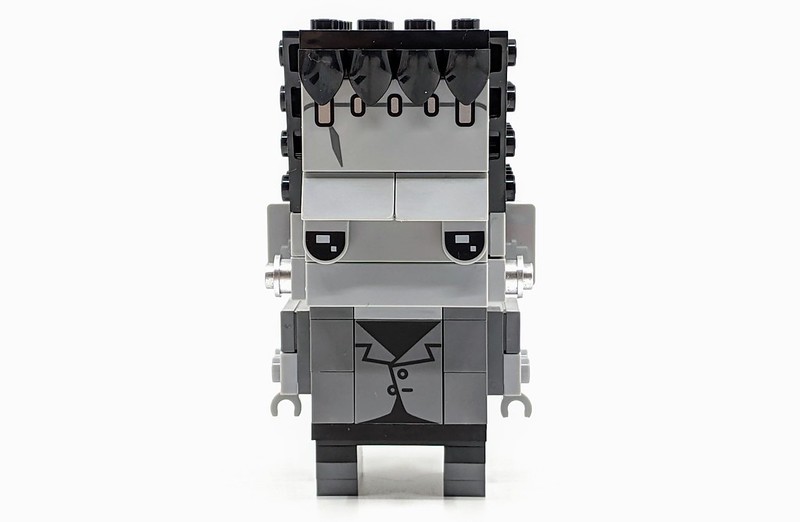 As almost all BrickHeadz have a similar appearance, their build is similar. The body is partly comprised of 2x2x1 bricks, including a printed piece to give a little detail to his jacket. But much of the detail is found on the head and this is always where the build slightly deviates from other BrickHeadz. To capture the Monsters uniquely elongated head, this section is a little taller than most BrickHeadz. A pair of 2×1 slopes frame the eyes to capture the prominent brow and a printed plate features the stitch marks, where different body parts have been stitched together. 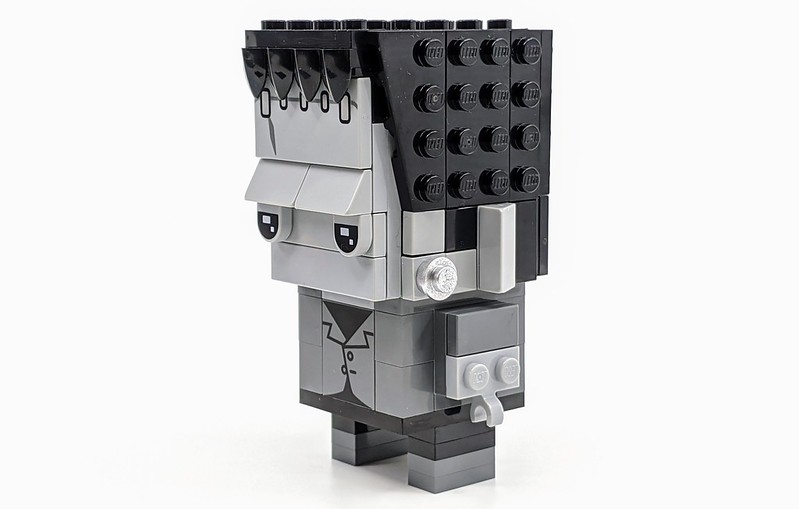 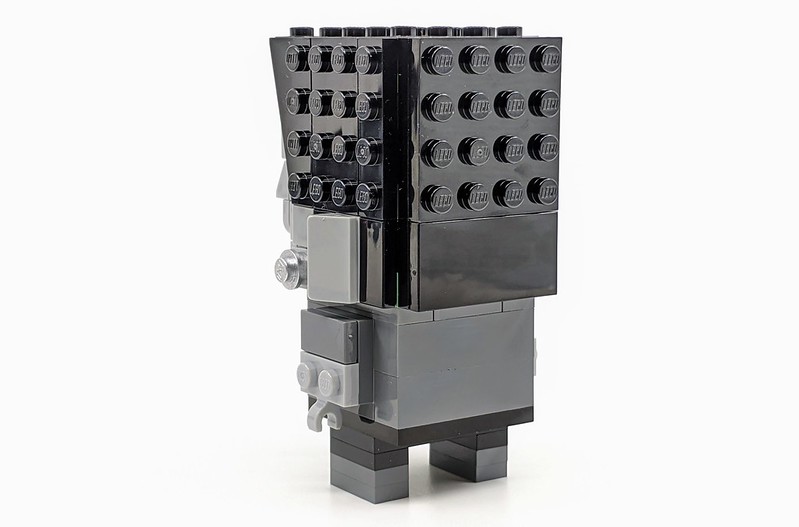 One of the trademark features of the BrickHeadz characters are the eyes and this is one of only a small number of sets to feature slightly different ones. Although the cubic pupils are still present, they are printed onto a 1×1 half-circle tile, which sits nicely against the brow and also gives the creature a sullen look. 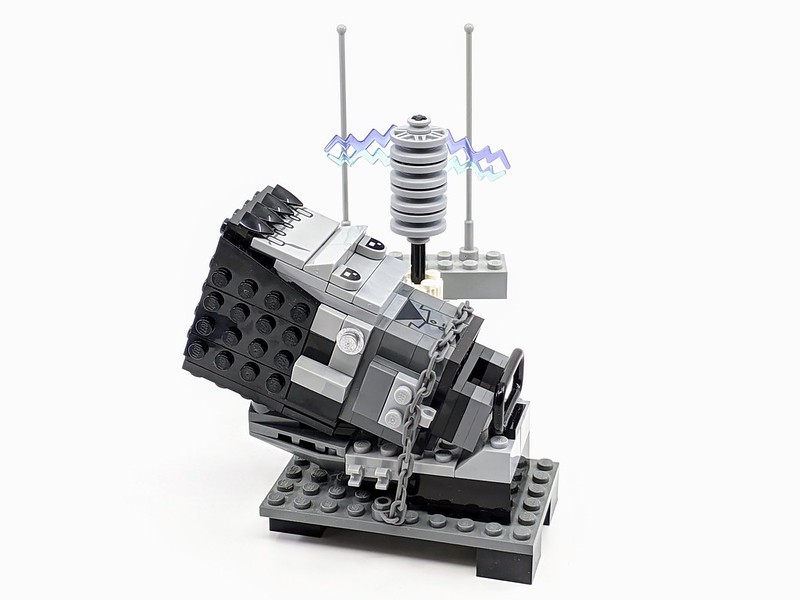 It’s quite surprising how well various LEGO elements match the iconic look of Frankenstein’s creation. Silvery studs for neck bolts, black teeth elements for its hair, they all combine to create a great take on the character. The square nature of BrickHeadz builds also lends well to the look of the character. Only thing I’m surprised about is the colour scheme used. The original Frankenstein movie was shown in black and white, so this BrickHeadz follows that rather muted colour scape. Yet many other takes on the character has shown the Monster with green skin. This would have resulted in a much more colourful creation but I think I prefer that the set is directly inspired by the classic film. Hopefully, other Universal Monsters will get the BrickHeadz treatment, The Mummy, Wolf Man and Dracula would all make great builds. However, the Invisible Man could be a bit of stretch. With Trick or Treating out this year, this little set is the perfect treat to stay at home and build when the witching hour approaches. Please note additional elements used to create the lab table shown in image above and the feature image are not included with the BrickHeadz set.