Even before the LEGO Group began to focus on the Chinese market since 2013 they have created a LEGO® ‘Year of the’ set based on animals from the Chinese Zodiac. The current style would be introduced a couple of years later in 2016 and ever since then each year a new animal has been released. The zodiac animal for 2021 is the Ox and you can currently get the Year of the Ox set for free with various spend amounts on LEGO.com. With Chinese New Year celebrated later this week, here’s a closer look at this fun new set. 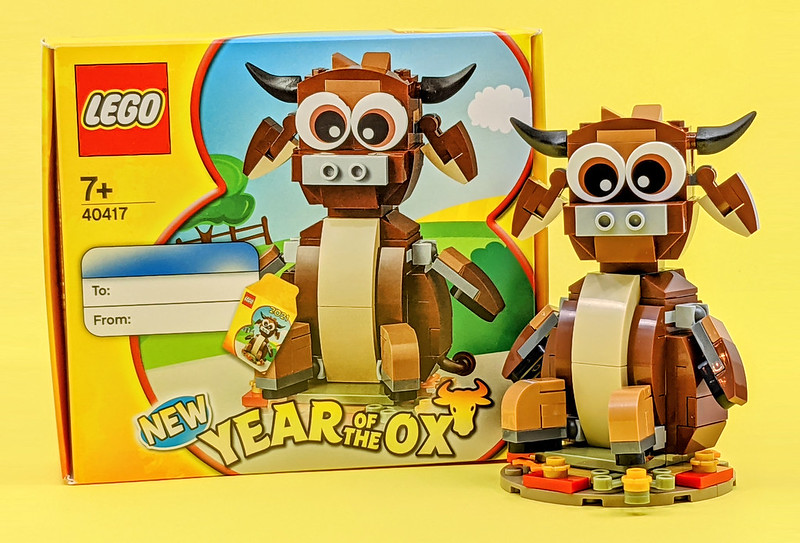 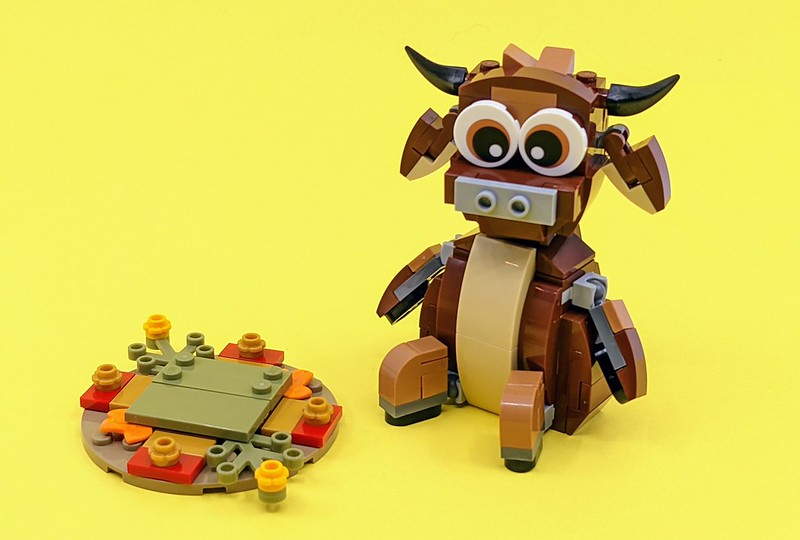 As mentioned above, the current style of the Year of sets was introduced with the release of the Year of the Monkey set. Ever since then each of the animals has looked similar in their design. So they feature a rather cartoony take on the creature linked to that year. Another running theme of the sets is the inclusion of a money envelope. Part of the tradition of Chinese Lunar New Year is to gift money in an often red envelope. The money is less important as the red colour on the envelope is considered lucky and the act of gifting the envelope will bring good luck throughout the rest of the year. The set includes a LEGO-branded envelope, which is decorated with gold embossed details. In fact, the whole box is designed to be gifted, with a closable lid and space on the lid to write to who it’s for and from. 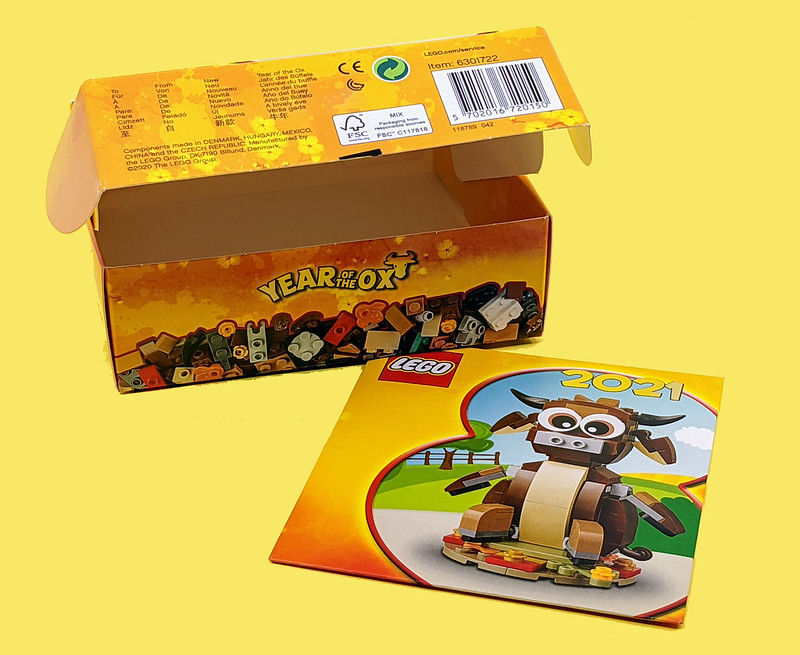 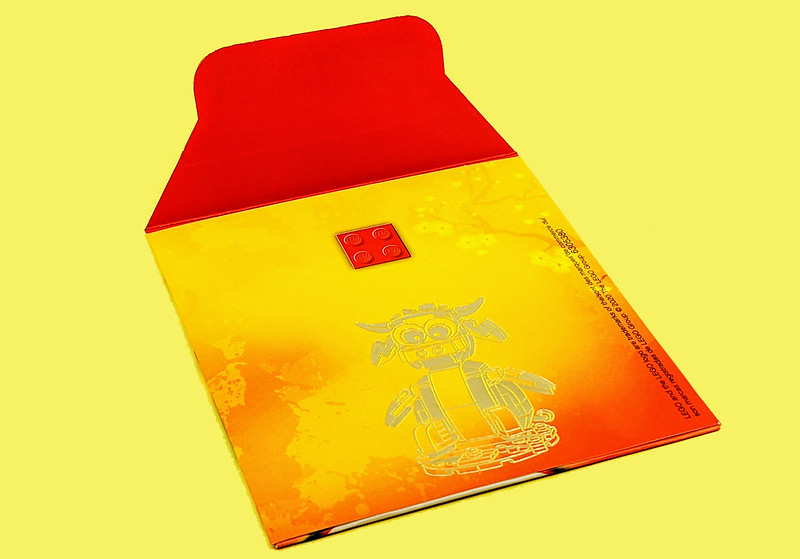 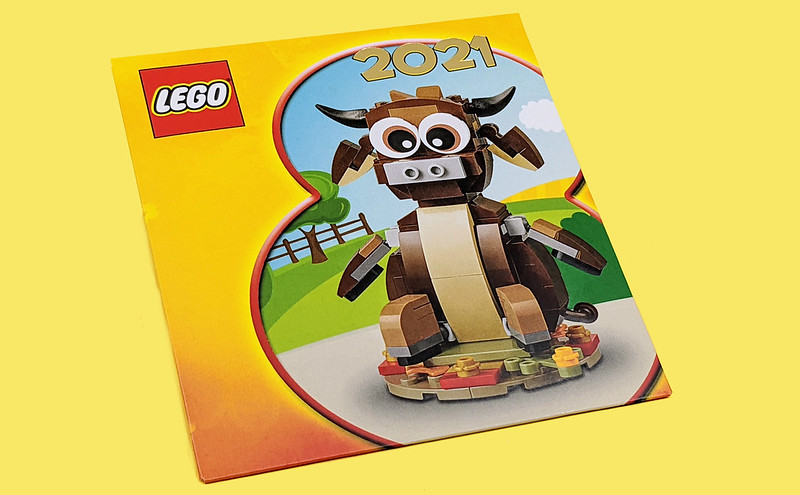 The actual set is a simple enough build. It features various points of articulation including the feet, arms, ears and head. The Ox then sits upon a simple display base, which features the traditional gold and red colours associated with Chinese New Year. I like that even after all these years the design has stayed very uniform. It makes the ‘Year of’ builds a unique collection of sets. It’s a nice set to gift for Lunar New Year or simply collect if you don’t celebrate the event. 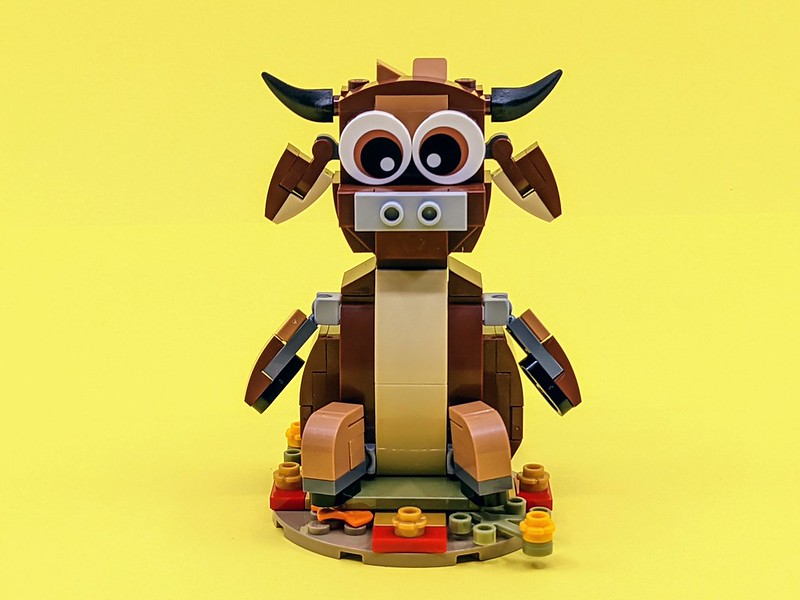 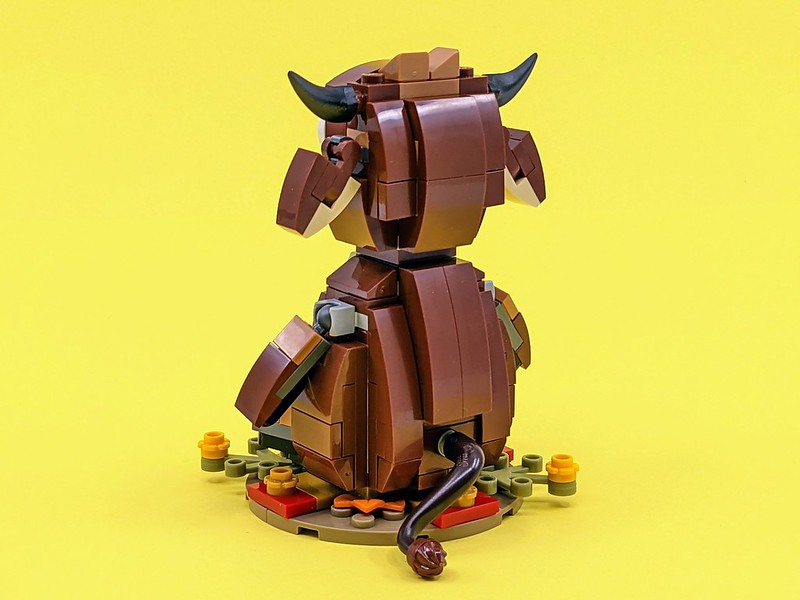 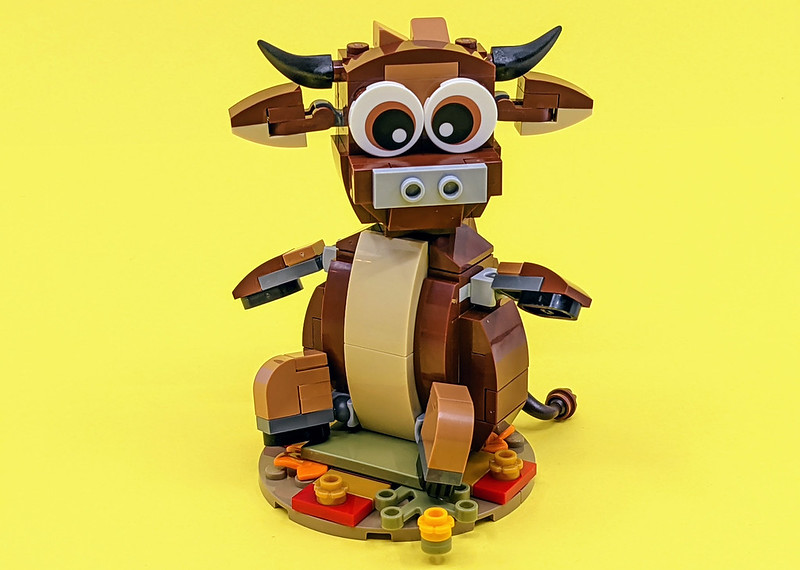 The Year of the Ox set is currently available as a gift with purchase when spending £85/$85/85€ on any LEGO purchases on LEGO.com and in stores where they are open. The promotion runs until Sunday February 14th or while stocks last.