LEGO® have really stepped up their game with recent promotional items, Diagon Alley late last year, Mustang VIP keychain and the upcoming Star Wars Battle of Hoth are all pretty cool little free gifts to compliment various LEGO releases. But one of the coolest has to be the currently available Avengers Tower. This freebie celebrates 10 years of Marvel Studios and is a nice way to mark the cinema release of Avengers: Endgame. This promotional is still available so I thought I’d give it a little review. So let’s take a closer look. I do like a bit of Microscale and I’m rather happy to see the scale being used more within the realms of licensed LEGO products. There are many iconic characters, moments and locations in the Marvel Cinematic Universe, but one particular location has played a key part in the MCU. Previously known as Stark Tower before being the New York base for the Avengers, Avengers Tower is a unique looking building, which is instantly recognizable. The set shrinks down the tower into a cool little microscale version complete with mini Quinjet and an exclusive Tony Stark Minifigure. 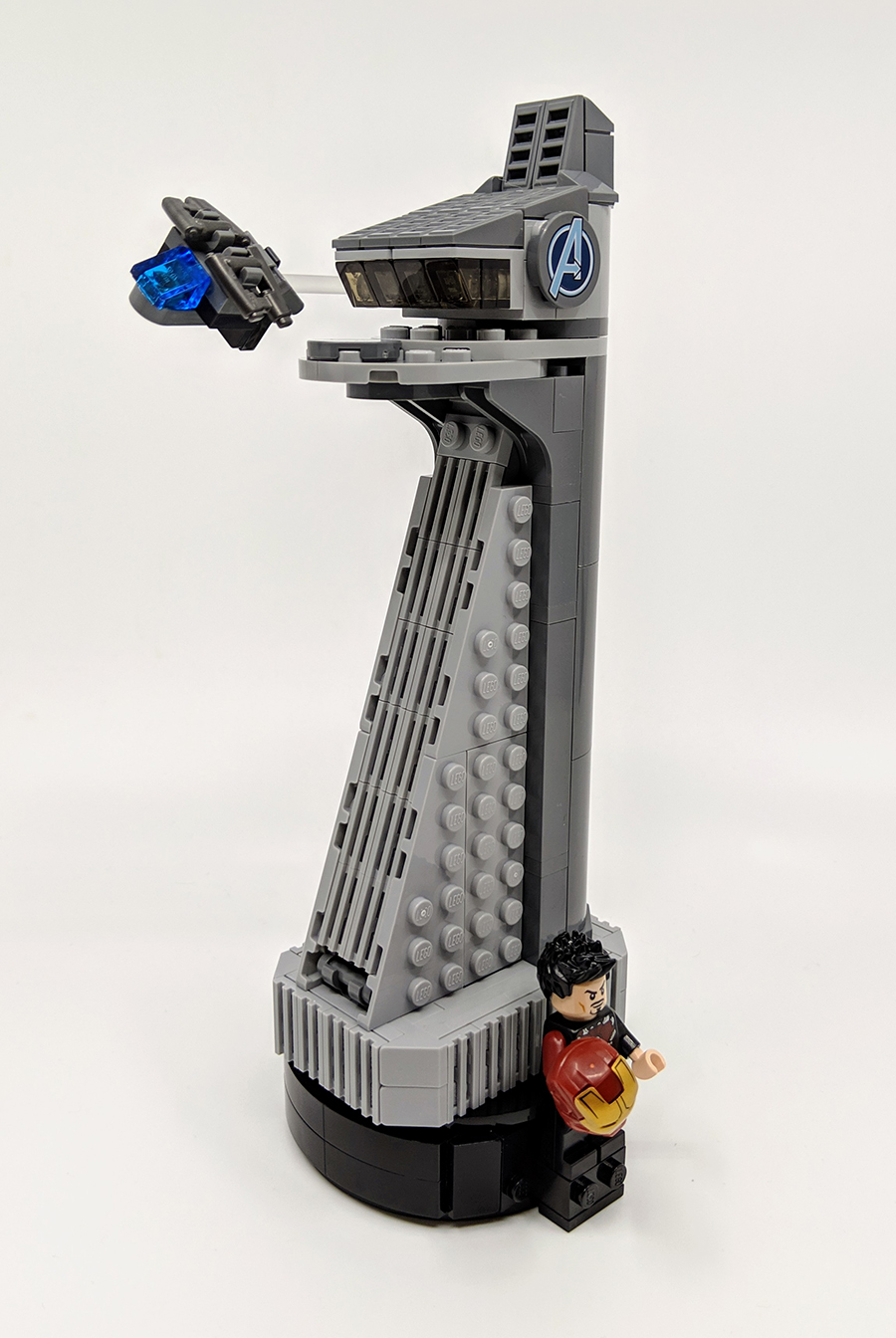 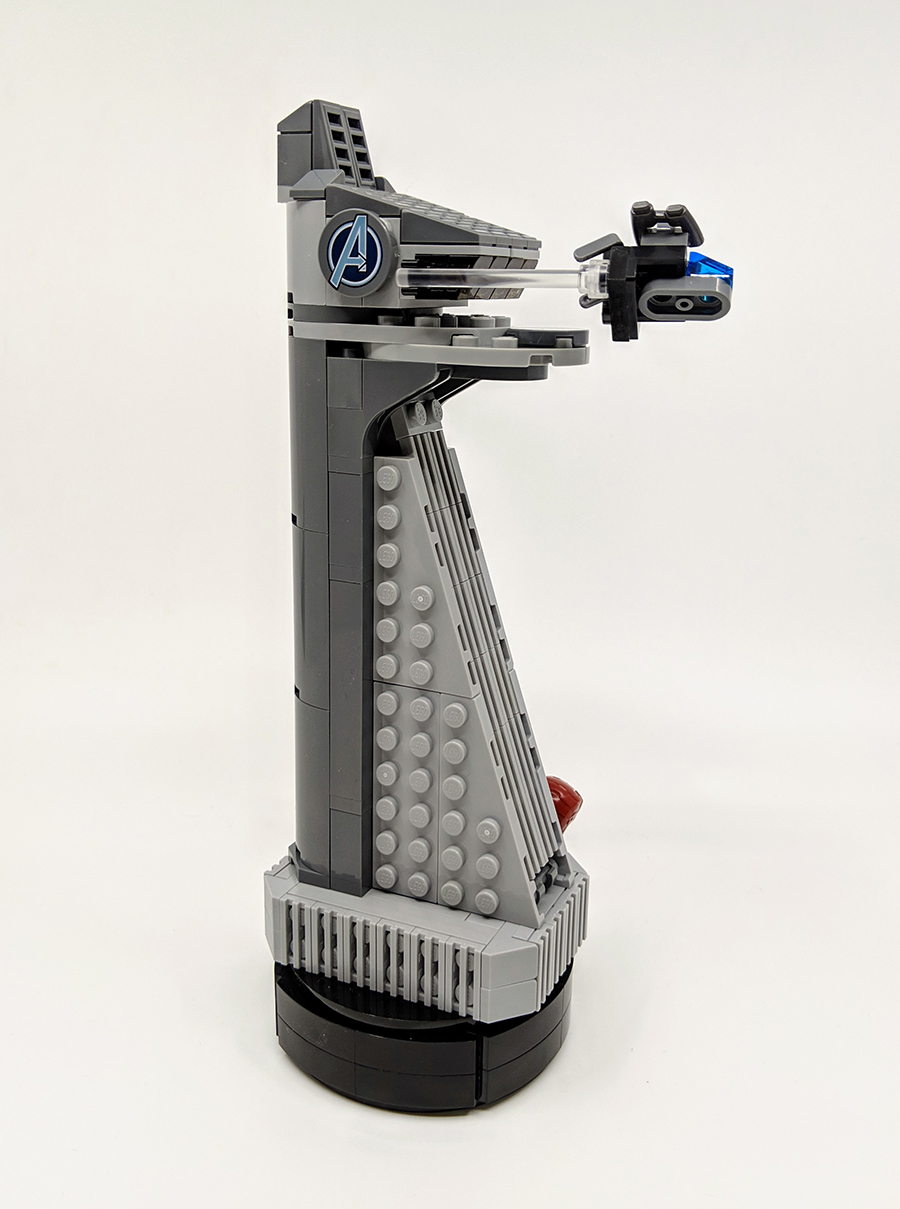 The tower is mounted upon a plinth-like base, which also acts as an area to place the Tony Stark Minifigure. The actual tower’s unique shape, really lends itself well to LEGO. A trio of rounded wall elements make up one side of the building with the other side of it having a sloping plate, mounted on a simple hinge plate. At the very top of the tower is the apartment section which has two printed 2×2 rounded plates featuring the famous Avengers A logo, this also features a landing pad and tiny little Quinjet. This tiny part of the build showcases the unique nature of Microscale building. Often parts used for one thing become something completely different in Microscale. So Star-Lord’s blasters become the jets wings and a bucket handle, the crafts spoiler. It’s connected to the tower, with a transparent rod, to give the impression it’s flying in for a landing. 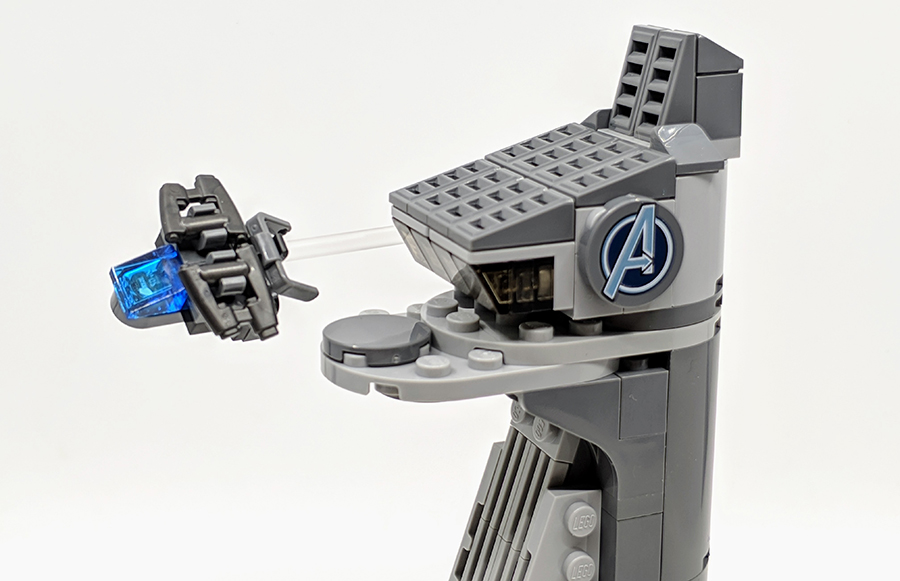 The set also includes an exclusive version of Tony Stark, who is mid-transformation from his standard clothes to the Mk 8 Iron Man armour. This is achieved with a mix of print detail on Tony’s torso and head element, which has Tony’s standard face on one side and the pale blue HUD overlay other. Plus there you also get a Iron Man suit helmet. It’s a nice way to mark 10 years of the MCU as Iron Man kicked it all off back in 2008. As mentioned above some of the recent free promotional items have been really impressive and this is a particularly awesome little set. One which could easily be sold as a set in its own right. I really enjoyed the build and the finished product looks great, resulting in a cool little display piece. It would of been nice if a little printed (or even stickered) plate was included, which featured the Marvel Studios 10 year logo. Plus maybe a Iron Man microfig would of made the set perfect, but as a free gift it’s an impressive little set and makes me yearn for more licensed Microscale builds. Just imagine a mini version of Asgard, or Knowhere. You can get the Avengers Tower now, for free when you spend £75/€75/$75 on LEGO Marvel Super Heroes products until May 2nd. 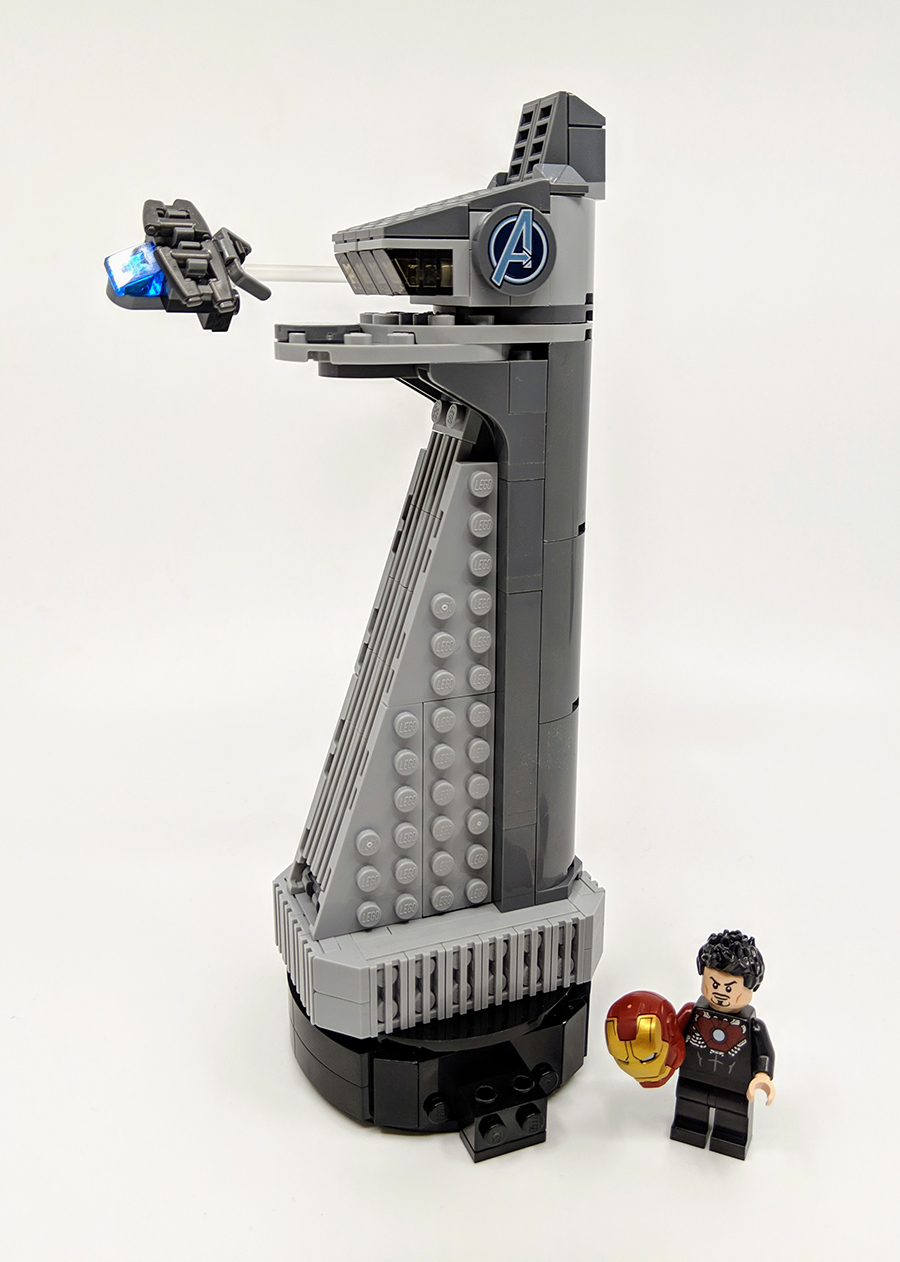