The LEGO NINJAGO Movie may be a few months away but we’ve managed to get our hands on one of the numerous promotional polybags minibuild sets due to be released alongside the movie. In The LEGO NINJAGO Movie each of the ninja have their own vehicles, including Zane, who takes command of the Ice Tank. This particular set is a mini version of set 70616: Ice Tank and although it may be very much smaller, it’s still a interesting looking little set, so for out first ever The LEGO NINJAGO Movie set review, read on. 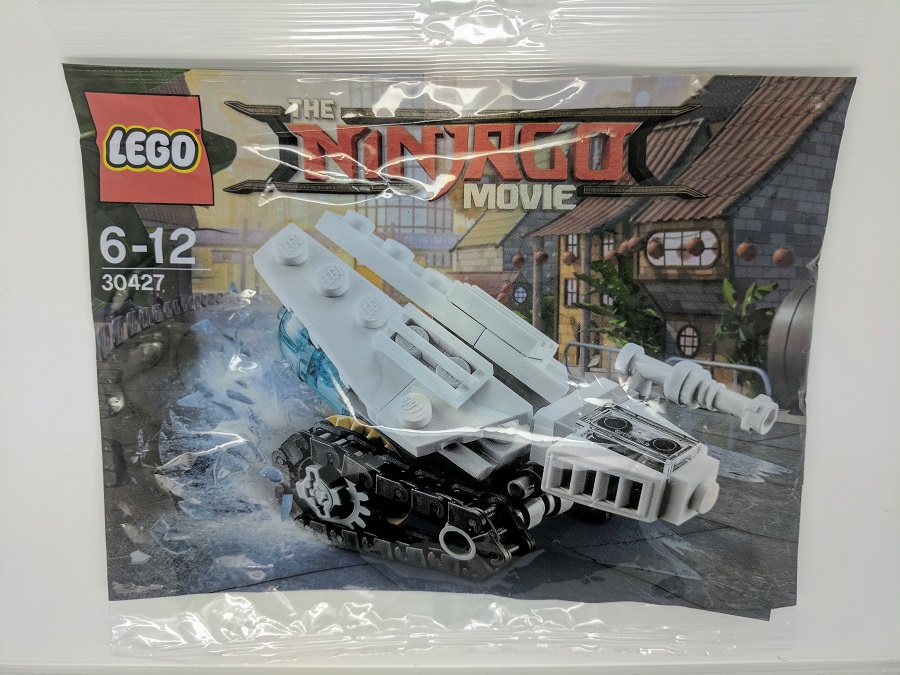 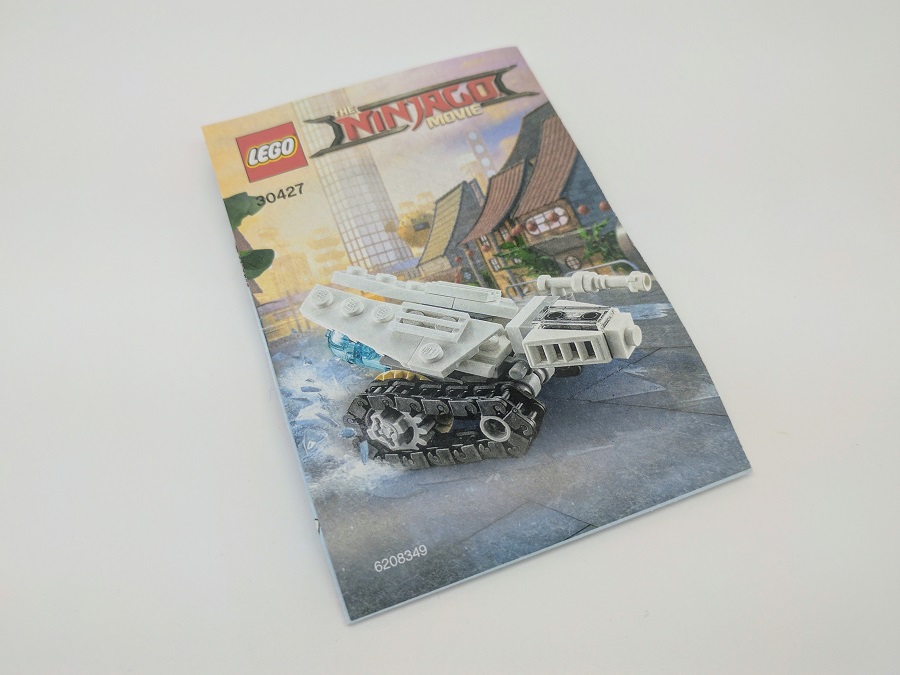 As you’d expect from a polybagged build, the instructions are set across a single doubled-sided sheet, which features the build steps and a beauty shot of the completed set. Oddly there is no other mention for The LEGO NINJAGO Movie itself or the larger lines of playsets based on the animated film. 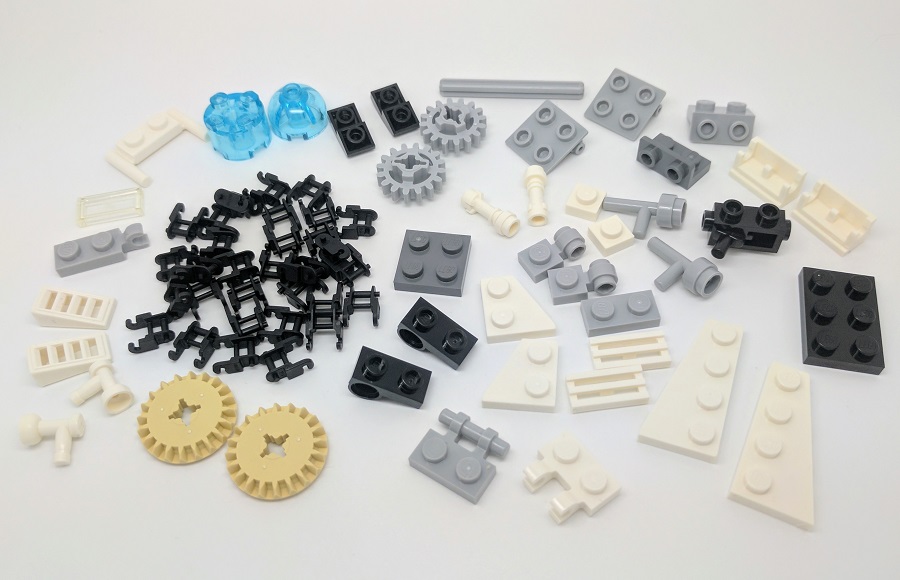 For such a small set, it actually makes use of some interesting elements including a couple of old school parts such has the space gun touch and the camera body. But there’s also a few newer pieces like the 2×2 plates with angles. 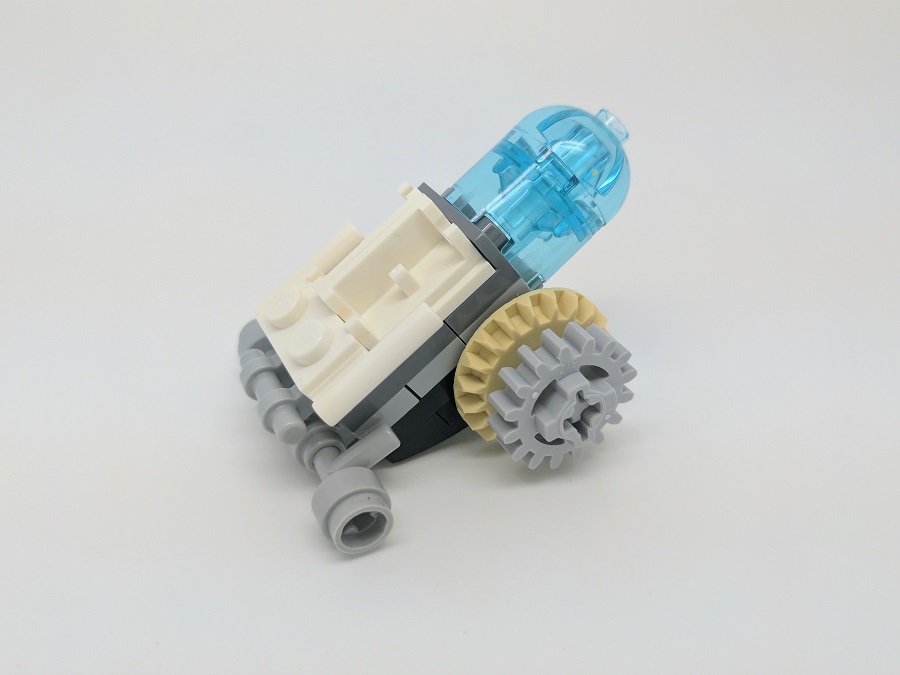 Despite the large amount of elements used to create the inner body of the Ice Tank, midway through build it still looks quite bear. The vehicles ice storage tank is nicely recreated with just a couple of trans blue elements and the sloped nature of the tank is already in place. 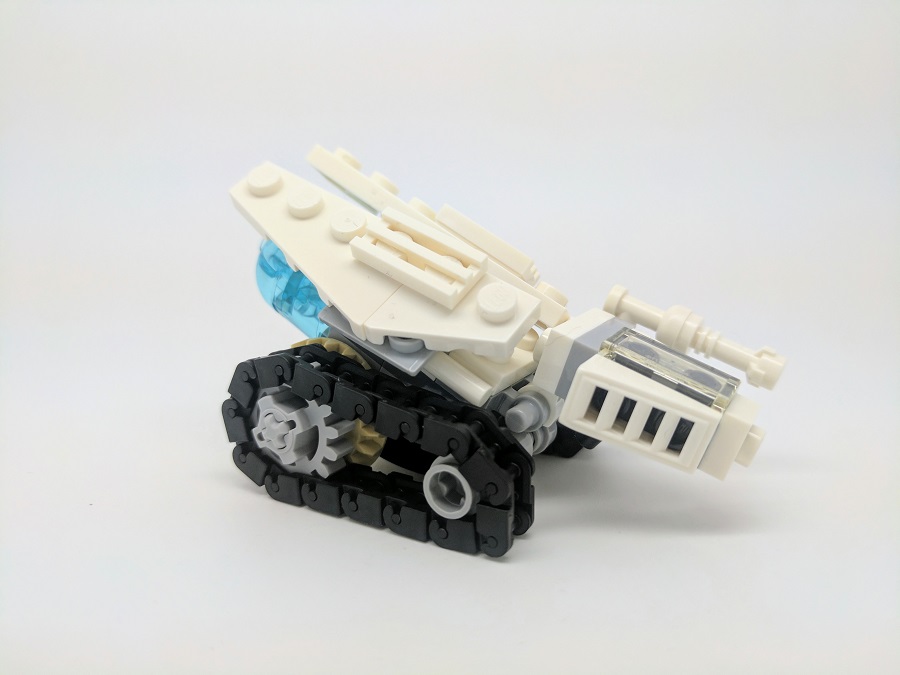 The tiny tracks are surprisingly less fiddling than their larger counterparts although I guess it helps that there’s only 15 of each section per track. They may be small but they move quite well and sit nicely on the two larger gears and those space touch pieces, even though these lack any sort of grip. 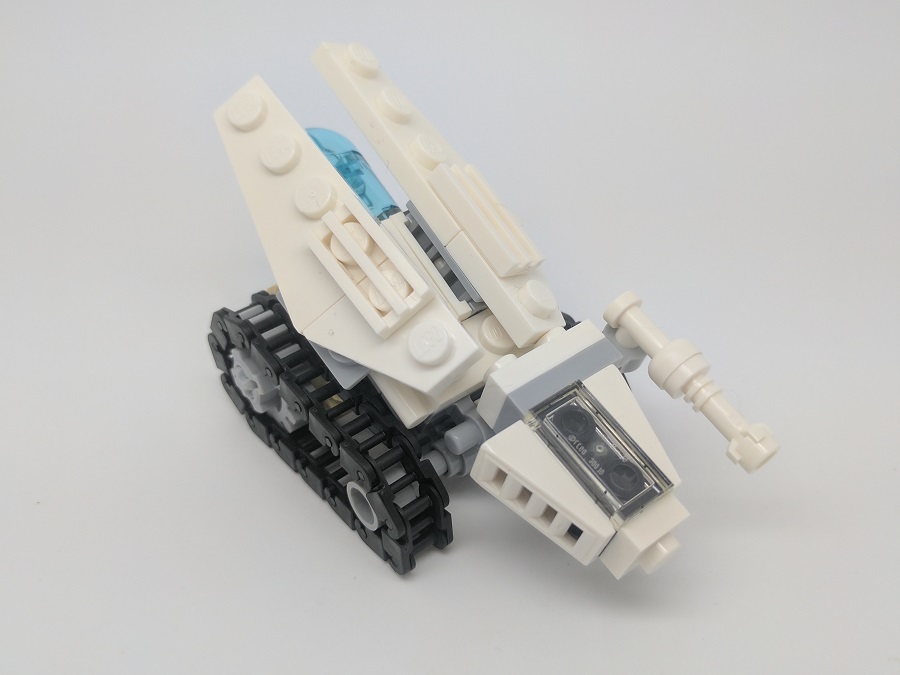 The only odd section in the front cabin, the is connected slightly off centre to the body of the Ice Tank to allow for the ice gun to sit to the left of the vehicle. But the actual cabin nose is set slightly to the other side. The unsymmetrical connection feel wrong when building but makes sense when connected. 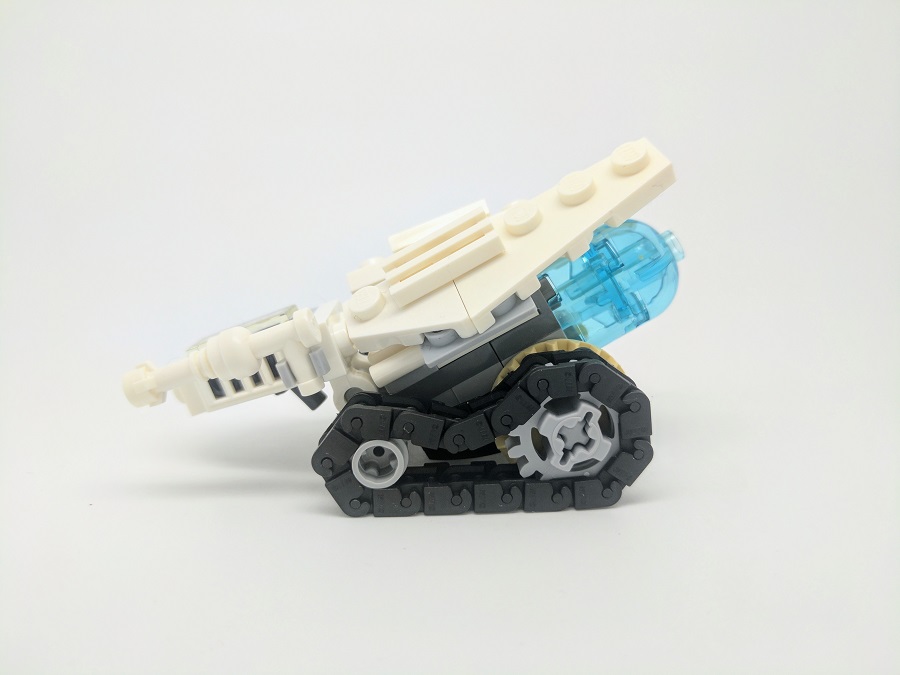 It’s amazing how much this micro version of Zane’s Ice Tank fairs again the larger playset. Sure it’s lacking the red trim of the larger set, but it manages to capture the vehicles unique almost insect-like winged back section along with the ice storage tank and tread wheels, which are such a large part of the minifigure-scale version. 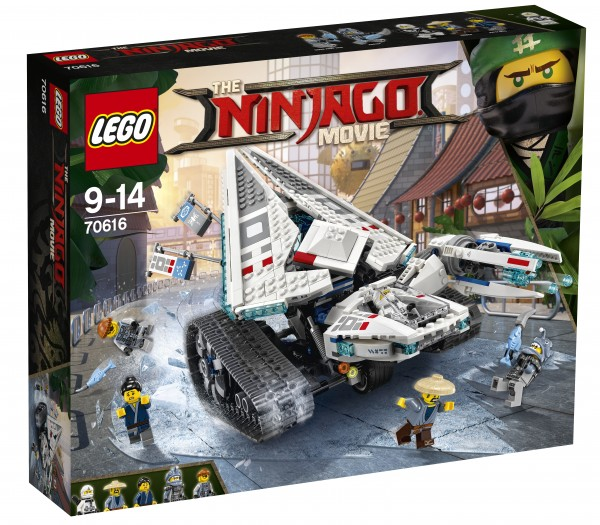 The LEGO NINJAGO Movie hits cinema this October with the playsets and other branded products hitting stores as early as next month. It’s not entirely clear how this particular promotional set will become available but expect it to arrive as a free gift from shop.LEGO.com or retailers such as Toys R Us around the launch of the movie. 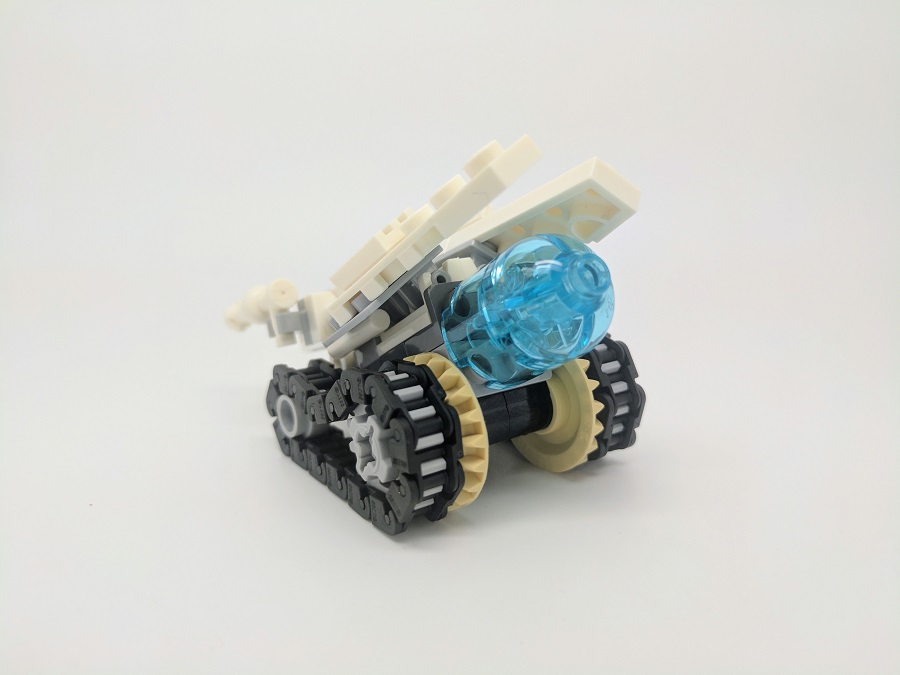