With the advent of the ‘LEGO® for Adults’ range of sets, we’ve been treated to pretty unique sets. But beyond those, there’s a theme that seems to be forging its own take on innovative builds. That theme is LEGO Harry Potter. It began 20 years ago with a range of sets inspired by the various Warner Bros films. In 2018, the theme was brought out of hibernation and as more sets are released, their uniqueness seems to grow. This is certainly evident with the newly revealed Hogwarts Icons Collector’s Edition set. But it is not just this set that offers something unique, the LEGO Harry Potter theme continues to impress. So here’s a look at some of those LEGO Harry Potter sets which offer something beyond a simple playset.

The first evidence of LEGO Harry Potter sets offering something different actually came about from the Fantastic Beasts subtheme. Newt’s case plays a key role in the Potter prequel stories. So what better way to keep a gang of brick-built creatures than a suitcase. The set was a brick-built case, which could fold out to reveal the various fantastic beasts. 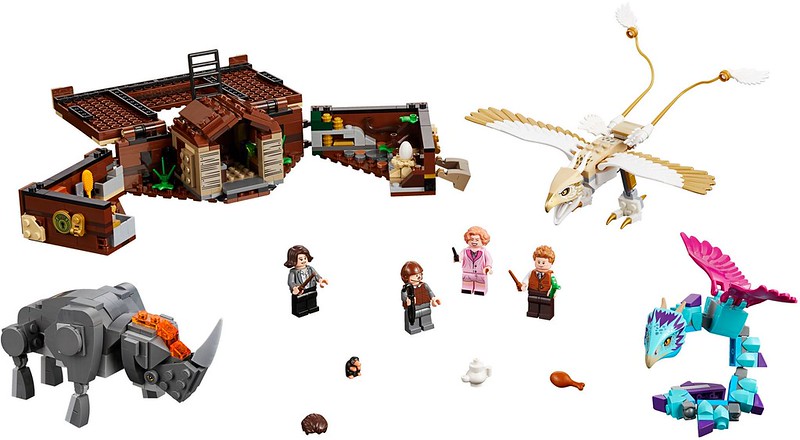 In 2018, one of the largest LEGO sets ever was released as part of the Harry Potter theme. Hogwarts Castle became an impressive microscale build, filled with unique details, Minifigures and masses of microfigs. It proved that other themes could benefit from larger sets and acted as the foundations for the new range of LEGO for Adult sets. 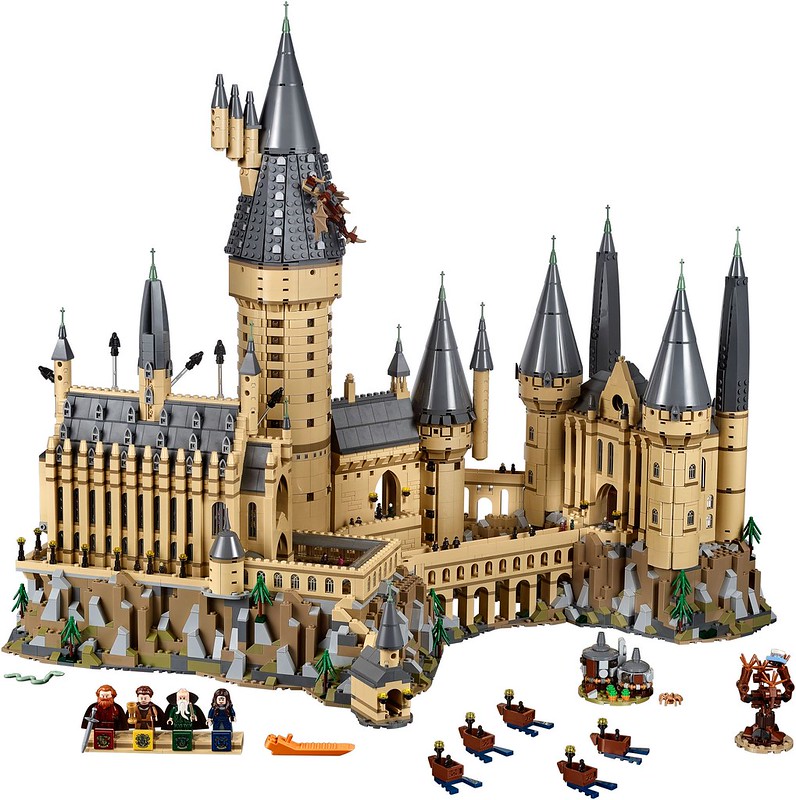 Last year, the uniqueness of the Wizarding World sets even translated to the GWPs. The Book of Monsters was the first real set to be based on an item from the films in place of a location or scene. The almost 1:1 book could even chomp its pages open and shut as it was moved along, by a set of hidden wheels. 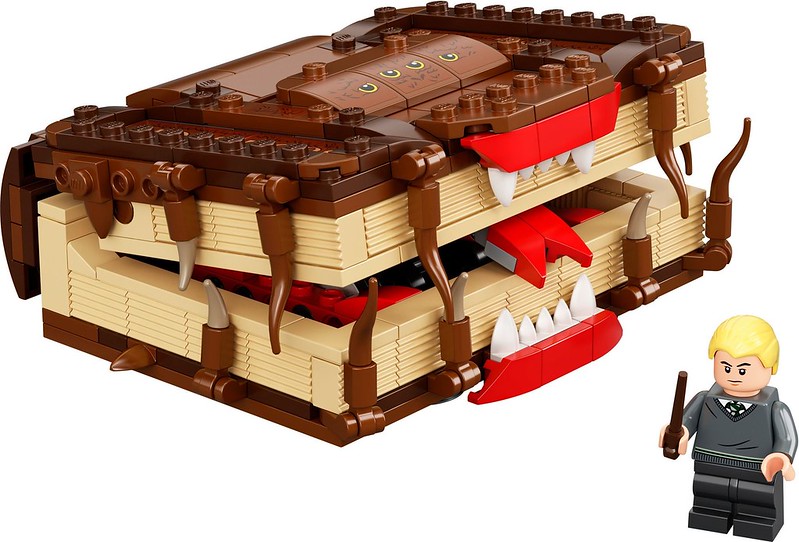 Within the various sets based on locations or key moments from films, 2020 saw the first set to be based on an animal as well as being a kinetic model. Hedwig the owl is the inspiration for a unique build. Although a display piece, it also has a working element that lets the wings move in a realistic manner. 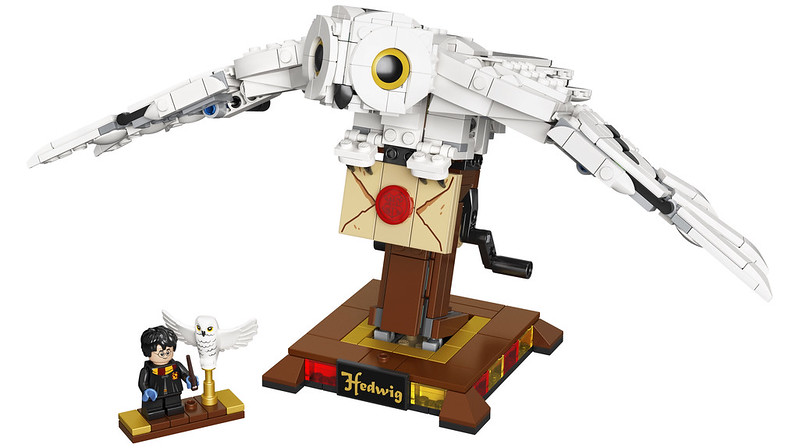 Earlier this year, we were treated to a collection of sets built in the style of a book. Although a playset, they are all self-contained within an outer shell which resembles a book. Each is based on a different Hogwarts class and contains accessories and characters relevant to them. 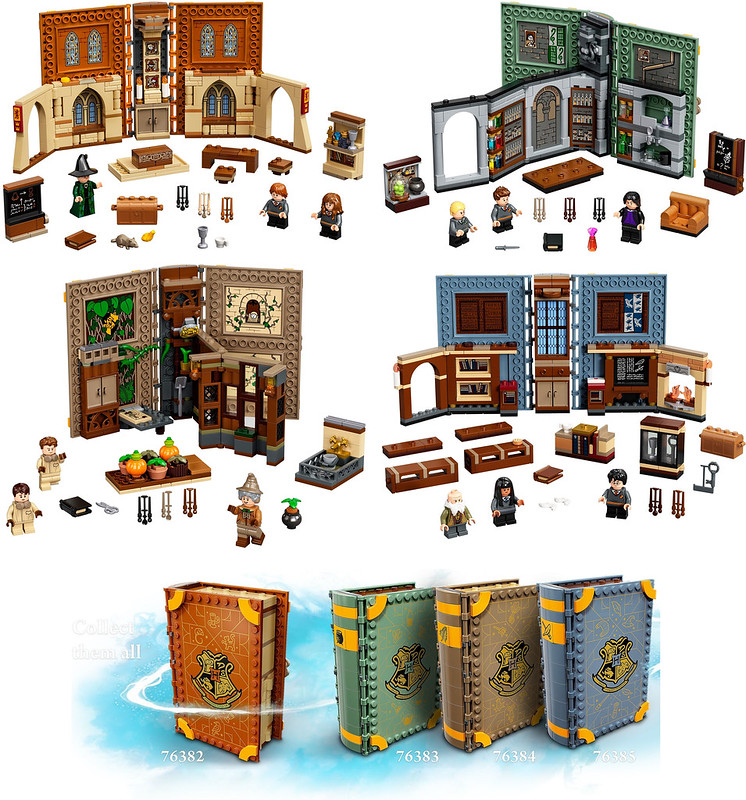 The 20th Anniversary sets offer some very unique sets. One of those is a Chess set inspired by the Chessboard Chamber scene in which Harry, Ron and Hermione discover Professor McGonagall’s enchanted chessboard. Although it’s technically a playset, it doubles up like a chessboard complete with the pieces needed to play the game. 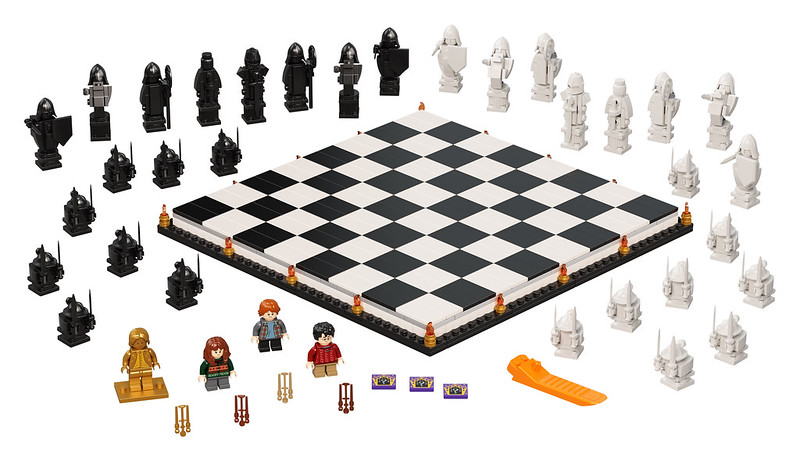 Taking the same inner workings as Hedwig, Fawkes the phoenix became the second kinetic model in the Harry Potter range. It’s another unique display set and a great companion piece to Hedwig. Like Hedwig, it features a bird perched on an ornate display stand, which also hides the gear system to help the wings flap. 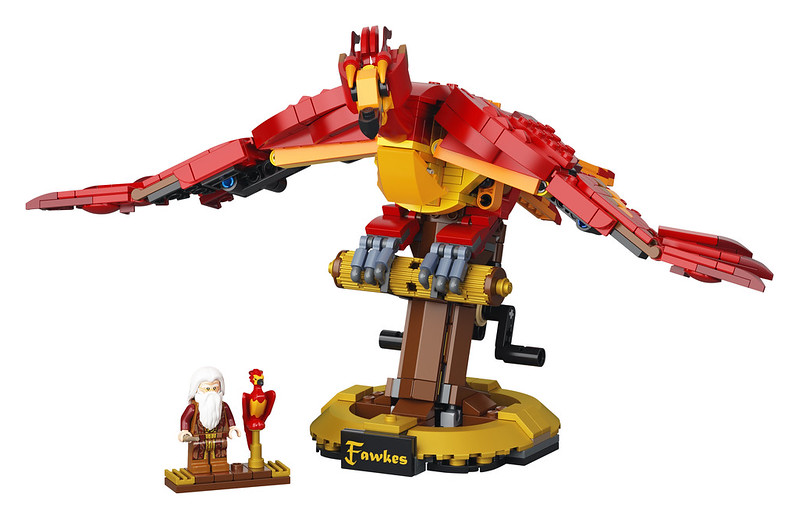 Probably the most unique of all the Harry Potter sets are the brick-built oversized Minifigures. Harry and Hermione have been expanded from their Minifigure forms into larger recreations. They are impressive builds and hopefully the start of similar sets. See more of them here in my review. 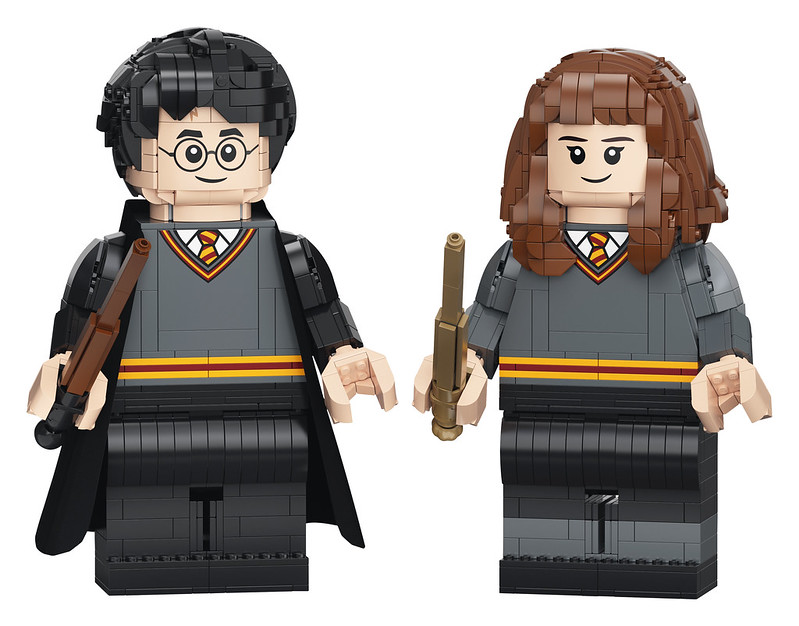 Next month will see the release of the recently announced Hogwarts Icons set. This features a collection of iconic artefacts inspired by the Wizarding World of Harry Potter as well as featuring a highly detailed version of Hedwig. The set will be released on September 2nd. 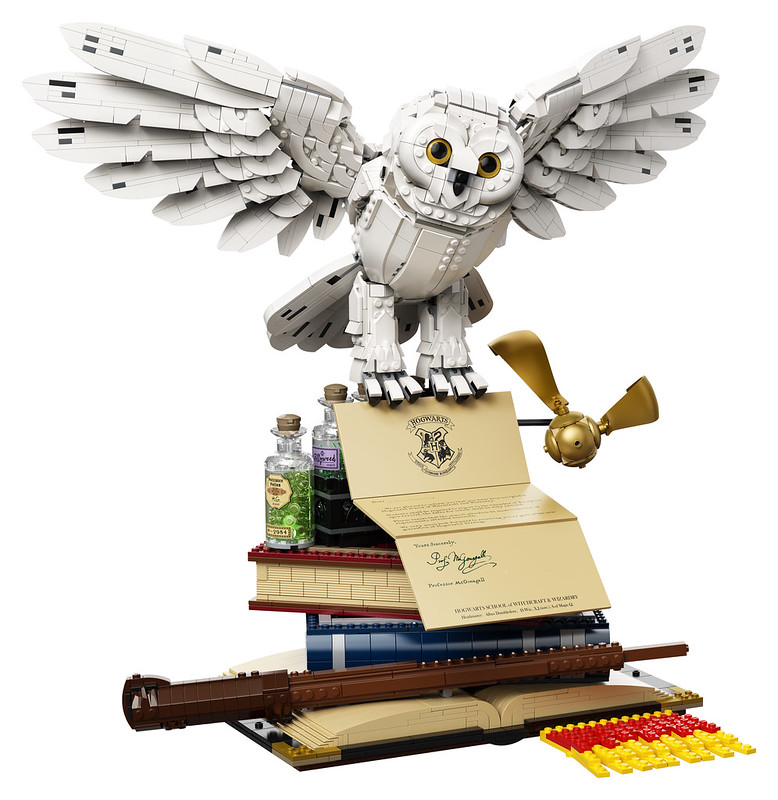