Last year LEGO® Ideas Contests ran a competition to design a Volvo vehicle of the future, and some of the winning models have become part of a special exhibition at the London Transport Museum in Covent Garden. The Volvo FutuRE:BUILD event showcases some of the impressive LEGO builds, which could become futuristic Volvo construction vehicles. These were inspired by the LEGO Technic Volvo Concept Wheel Loader ZEUX set. The exhibition began on May 10th and only runs until May 16th, unfortunately the information has only just come through, so if you are in the London area, catch it before it ends on Thursday. Check out further details below, along with some of the winning builds. 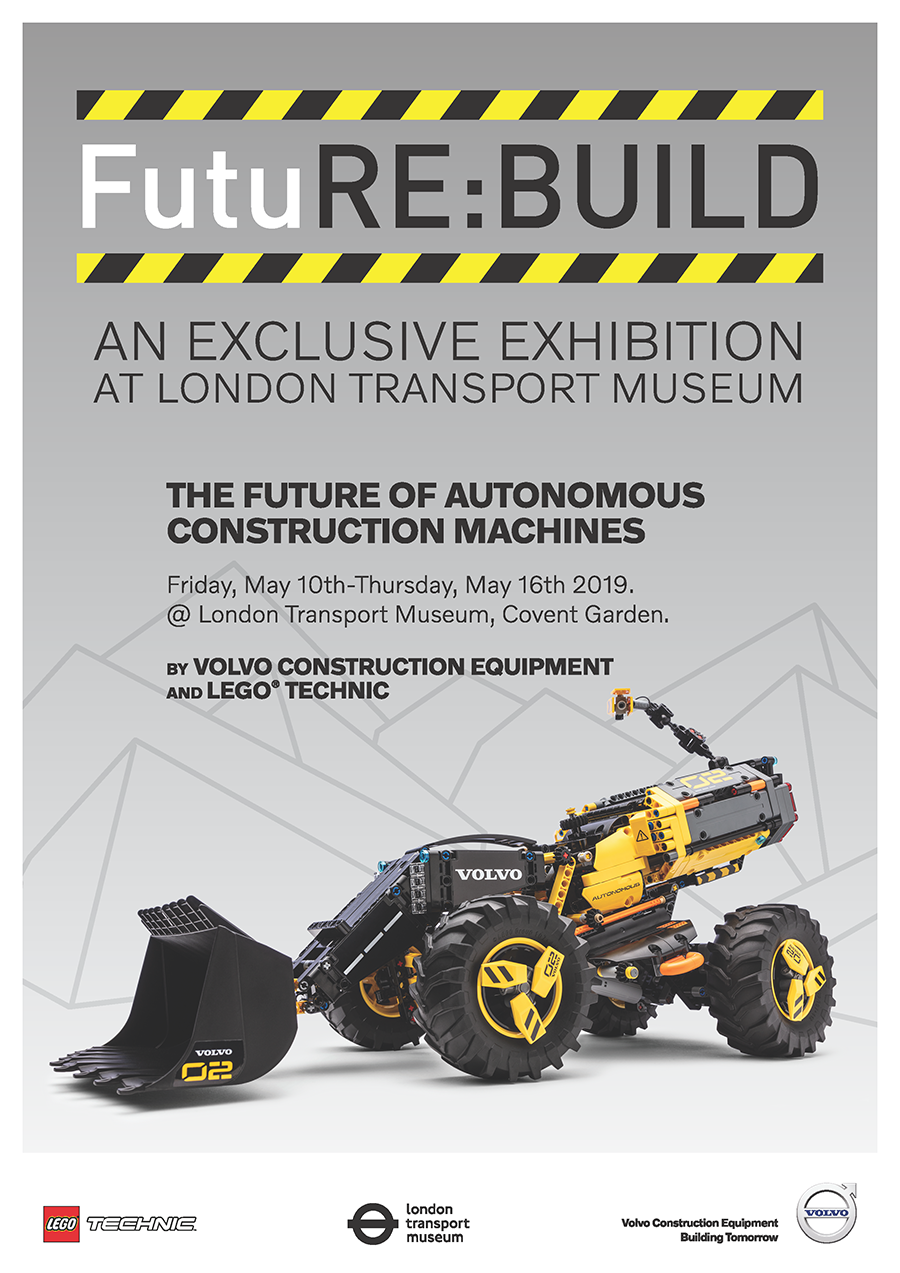 GOTHENBURG, Sweden, May 13, 2019 /PRNewswire/ — What will the construction machines of the future look like? And how will they perform? Volvo Construction Equipment (Volvo CE) and LEGO® Technic invited members of the public from around the world to come up with their own inventive concepts. And the incredible results are on display for the first time in FutuRE:BUILD. This exclusive exhibition is coming to London Transport Museum in the heart of Covent Garden, London, from May 10th – 16th.

Highlighting the technical ingenuity of budding engineers young and old, the many entries have been whittled down to the top 10 models chosen by a panel of judges. Together they showcase a broad spectrum of technologies, including driverless automation, 3D printing, solar panels and drones. Inspired by the futuristic vision behind the LEGO® Technic Volvo Concept Wheel Loader ZEUX – entrants were asked to build their own models using at least 50% existing LEGO® Technic bricks. And once the wheels were set in motion, the public’s imaginations went wild.

Arvid Rinaldo, (Brand Communication & Partnerships) at Volvo CE, says: “We were overwhelmed with just how far people went with their creations. The best-in-show were picked because they prove that the boundaries of our future construction machines are seemingly limitless. Some of these designs look like they have come straight out of a sci-fi movie. We are at an exciting point in time for the industry and these models are actually not too far removed from what could be coming to our construction sites of the future.”

The sheer breadth of concepts on display serve as inspiration to future generations of engineers. 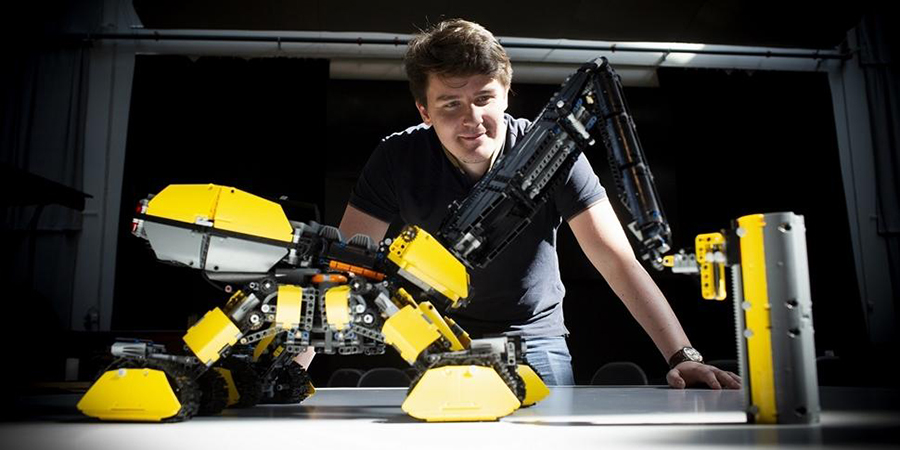 The grand prize winner – Transylvanian native Vida András – is a 27-year-old Romanian architect who was inspired by the challenge of finding an environmental solution to construction machines and presenting that in the most elegant way. His self-driving model, the Volvo Rottweiler is fitted with a pneumatic drill, a dozer and a 3D printer – making it capable of autonomously taking on any construction challenge in the most hard-to-reach places. 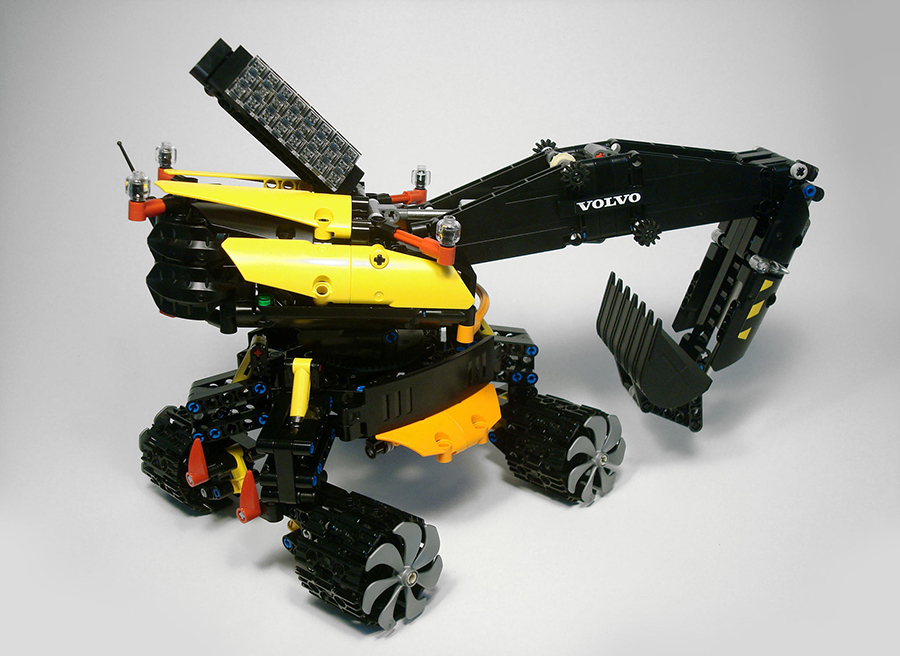 He says: “To me, the design is not just about playability, it’s about really exploring the potential for future technologies. In my industry, 3D printing is one of the biggest trends at the moment, so I wanted to incorporate that into my model. I have 20 years’ experience playing with LEGO sets. I’ve loved it forever and have always had this confidence that I could sit down and build for hours and eventually it would all come together in the end.” 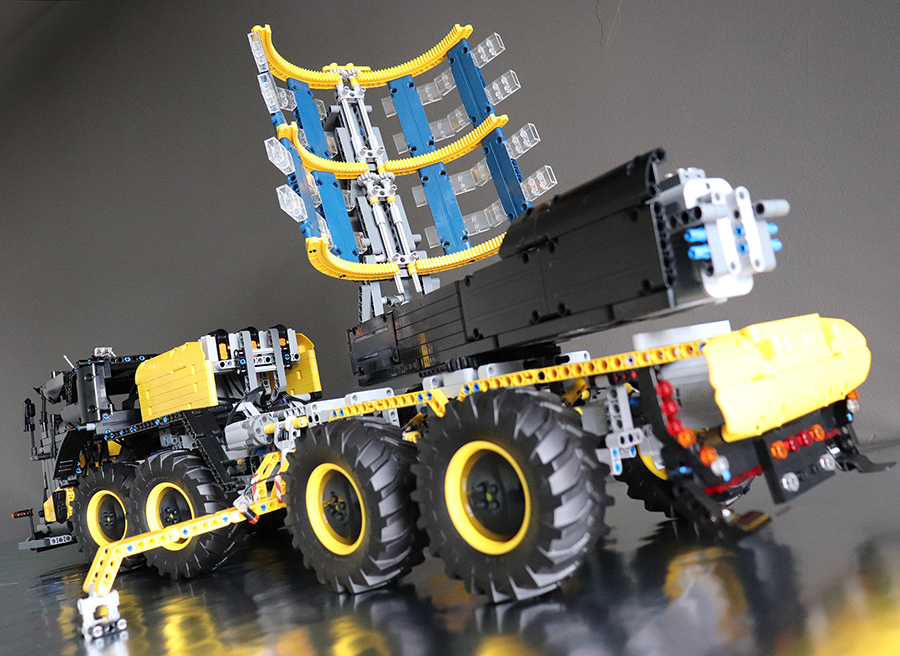 A panel of judges, including members of LEGO® Technic and Volvo CE, critiqued the entrants on a number of factors: overall coolness and originality, most inspired details, relevance to the contest theme and best use of LEGO elements. A truly diverse competition, winners range in ages from 14 to 47 and come from all corners of the globe from the UK to Hungary and the USA to South Africa. Other winners include Volvo ICARUS, a mobile solar power plant with advanced off-road capabilities, and The Volvo Excavadrone built to operate on land and in the air.