Since the Wizard of Oz characters have been the most popular Minifigures in the recent LEGO Movie 2 series, people have been keen to track down the Wicked Witch and her Flying Monkeys. The Wicked Witch has appeared in two sets and her Flying Monkeys in Minifigure form can only be found in one set. Both of these sets are officially retired but there is since a way to track them down. I’ve seen numerous people on social media crying out for these characters, so here are where you can find them in their original sets. The Minifigures included in the Ultimate Batmobile set are the most wanted. So here where you can find both the Dimensions Fun Pack and The LEGO Batman Movie sets.

The LEGO Dimensions Fun Pack includes the Wicked Witch Minifigure along with a brick-built Flying Monkey. You may find these pack in selected Smyths Toys stores, who are still carrying a lot of stock in-store despite them not showing on their website. They can also be found online from both Amazon and GAME. 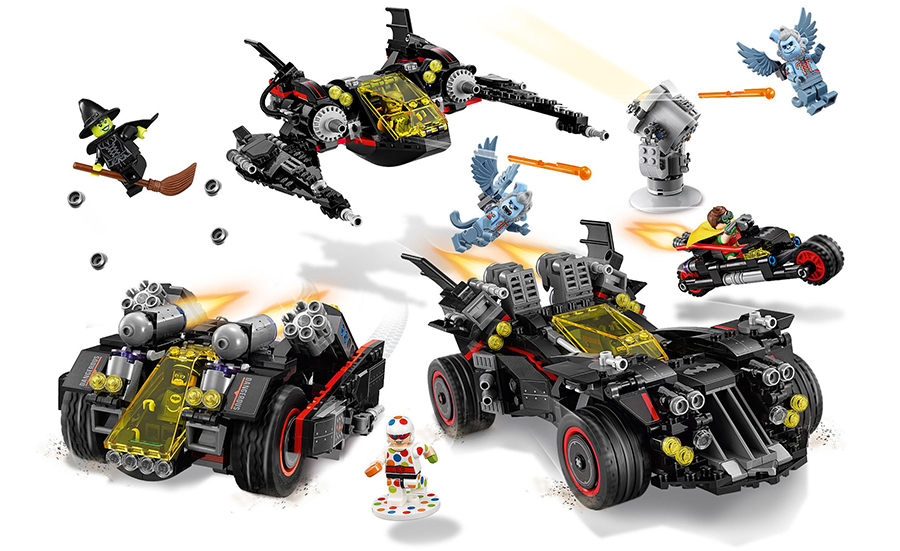 The Wicked Witch and her two Flying Monkeys all appear in The LEGO Batman Movie Ultimate Batmobile. Although it’s a rather expensive set, especially if you only want those three Minifigures, it’s still quite a cool set, with other decent characters, a four piece Batmobile and a light-up Batsignal. As mentioned above the set is retired but a number of major retailers are still stocking the set.