The Disney+ Star Wars series The Mandalorian has taken the world by storm. That’s thanks to a certain little green character known only has The Child. So it was not surprising when StarWars.com revealed there would be a LEGO® set released based on the show and featuring this popular little Yoda-like alien. The LEGO Star Wars The Mandalorian BrickHeadz pack has been revealed by Amazon Canada, it features The Mandalorian and The Child, complete with Hoverpram. The set will be released in August and expect it to be one of the most popular BrickHeadz releases yet 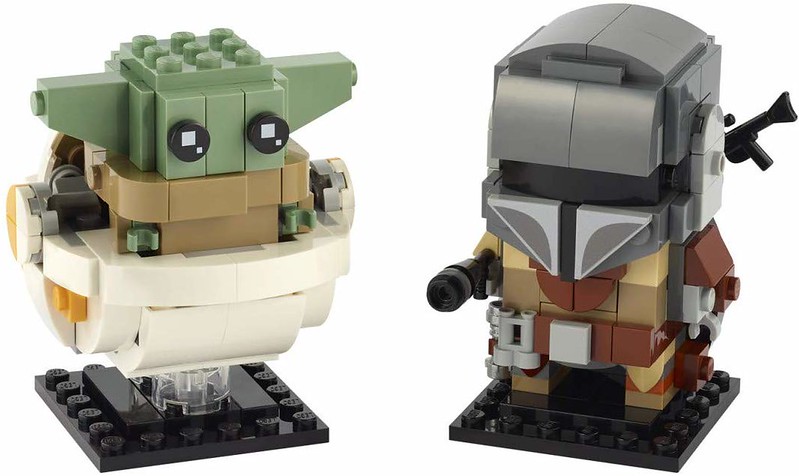