With The LEGO® NINJAGO Movie spinjitzuing into UK cinemas this Friday, Warner Bros. Interactive have released their latest LEGO Games title and only the second to be based on one of the LEGO big screen animations. TT Fusion are on development duties, after bringing The LEGO Movie to life in video game form back in 2014. The LEGO NINJAGO Movie Video Game is one of the first LEGO Games to be developed solely for current generation platforms and is also one of the first LEGO Games not to get a handheld version, but how does it shape up? Well we have been playing it and here’s our thoughts. Please note there may be spoilers for both the game and movie within this review.

Find your inner ninja with the all-new LEGO® NINJAGO® Movie Videogame! Play as your favourite ninjas, Lloyd, Jay, Kai, Cole, Zane, Nya and Master Wu to defend their home island of Ninjago from the evil Lord Garmadon and his Shark Army.

Master the art of Ninjagility by wall-running, high-jumping and battling the foes of Ninjago to rank up and upgrade the ninja’s combat skills. Only in the LEGO® NINJAGO® Movie Videogame will you experience the film across eight action-packed locations, each with its own unique Challenge Dojo. And with the Battle Maps, play against friends and family in competitions for up to four players! 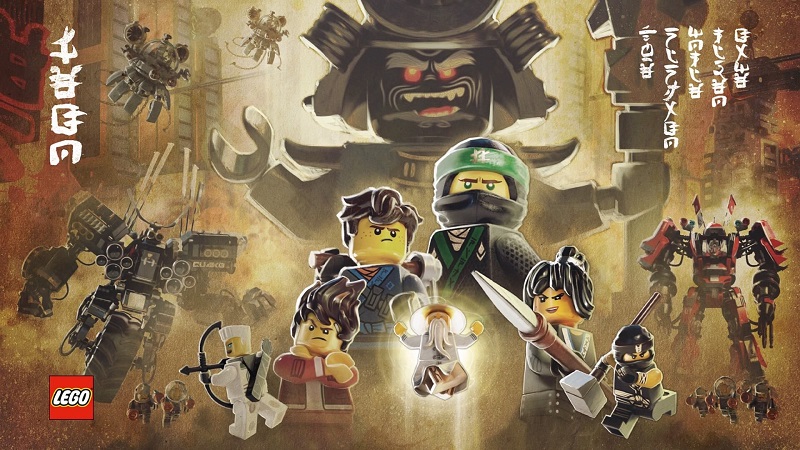 The game begins in Master Wu’s dojo, which was where the LEGO NINJAGO short ‘The Master’ takes place. Here you get to grips with the game new control system. Although things are fairly familiar to past LEGO Games, attacking enemies can now be approached via a number of different attacks. These include a standard attack, dash attack and a rather satisfying chain attack. These can all be to built up to increase your score multiplier. Your fishy foe are also tweaked to include different enemy types from your standard goon, flying foe and stronger generals. The key to defeating them is to switch up your attacks.

LEGO Games are famed for their collectables, but even these have been given an overhaul. The iconic stud total is no longer tied to single levels, you still collect LEGO studs from defeating enemies, smashing LEGO objects and generally picking the ones dotted around the game. Now your total stretches across the entire game, with all studs contributing to a continuing total. Red Bricks which offer various ‘cheats’ become Red Scrolls but work in the same way, these can now be accessed options wheel in-game instead of the pause menu. Minikits are missing in action, but a new collectable known as Ninjanuity Tokens has been added. These are awarded by performing various task throughout the game and can be exchanged for differing power-ups. They feel like an extension to the red bricks to be honest.

Another collectable you’ll find on your travels around the island of NINJAGO are green LEGO Minifigure packets. These unlock new characters for you to use in freeplay and multiplayer modes. You can also unlock a couple characters using special codes, these have be found in various places such as the exclusive minifigure included with the Minifigure Edition of The LEGO NINAJGO Movie or the LEGO Life magazine. Which leads us nicely on to the multiplayer element of the game.

Multiplayer has always been a staple of LEGO Games from their very beginnings, but it wasn’t until LEGO Dimensions introduced an expanded separate competitive multiplayer with Year 2 expansion packs that more than two players could join in. There are three modes to compete across including Samurai Showdown which is similar to Capture The Flag. Ultimate Ultimate Weapon where you must grab and keep a chest and Mystic Bounty where you must collect orbs to gain points. These can all be played by up to four players and you’ll also get to use some fun power-ups along the way. It’s a great addition to the game, and something which is set to continue in LEGO Marvel Super Heroes 2.

Whenever there is any coverage of LEGO Games, the essence of reviews are always boiled down to “more of the same” or “if you’re played one LEGO game you’ve played them all”. Using that to describe The LEGO NINJAGO Movie would be doing it a great disservice. Sure there are familiar elements found across LEGO Games, but the DNA of past and future titles has been woven into a new feeling LEGO experience. Although you still play levels, these also form part of the games new open world, and each of these areas also has a Dojo, which pits you against a number of famous foes from the world of NINJAGO.

The new structure to the levels and world in general, along with Dojo battles and multiplayer modes, plus the new ninja-inspired fight moves and collectables really give the game a fresh new feel, whilst not alienating players of previous games. The way TT Fusion has weaved elements are other games into their latest release, is also why their games are loved by so many. From multi-builds and on-rail flight sections from LEGO Star Wars: The Force Awakens, stud cubes and multiplayer from LEGO Dimensions, brick-built landscapes of LEGO Worlds and even the differing enemies which will be a staple of LEGO Marvel Super Heroes 2. Just like LEGO do with their sets, TT Fusion and TT Games, continue to build upon a tried and tested formula, but still adding new elements and improvements to keep things fresh.

The power of current consoles also offers up a visually impress world, you may remember The LEGO Movie was entirely made from LEGO pieces, with every aspect of the world governed by the rules of actual LEGO elements including movement, effects and scenery. For The LEGO NINJAGO Movie, natural elements such has plants and water have been used. The same set-up is used in the game, I miss the unique feel of an entirely brick-built world to play in but this is more a slight against the movie than the game.

With almost every new LEGO game, we get an exclusive new minifigure. With The LEGO NINJAGO Movie Minifigure Edition you get a Kendo Lloyd minifigure. Lloyd is dressed in his unmasked Green Ninja outfit and in place of his normal weapon of choice, he has a training staff.

Along with his new blond hair element, Lloyd also includes Kendo armour and a Kendo mask, which is the same as Kai has in his The LEGO NINJAGO Movie Minifigure Series form. It’s a decent enough minifigure but I’d of liked to have seen a more left-field character maybe someone like Jackie Chan’s Mr Liu, who is playable in minifigure form in the game or another ‘fired’ Shark Army member.

The LEGO NINJAGO Movie Video Game feels like a new era for LEGO Games, the new fusion of levels and open world makes the experience feel different from past games. A simple playthrough of the game merely scratches the surface of what the game has to offer, once you revisit areas of NINJAGO there is plenty of gameplay still to discover and if you plan on earning all those trophies/achievements you’ll really get to see what the same has to offer players. The LEGO NINJAGO Movie has divided fans of NINJAGO, but if you lean more towards the TV show, TT Fusion have really layered the game which plenty of nods to show as well as the movie. There are a few niggling issues such as the voice cast of the game differing from that of the movie and we did experience a few crashes and glitches, which hopefully will be addressed via patches.

The LEGO NINJAGO Movie Video Game, is available now for PlayStation 4, Xbox One, Nintendo Switch and PC. You can also download directly from the PlayStation Store, Xbox Store and Nintendo eShop. Thanks to Warner Bros. interactive Entertainment UK for supplying us with a review code and we playtested the PlayStation 4 version. 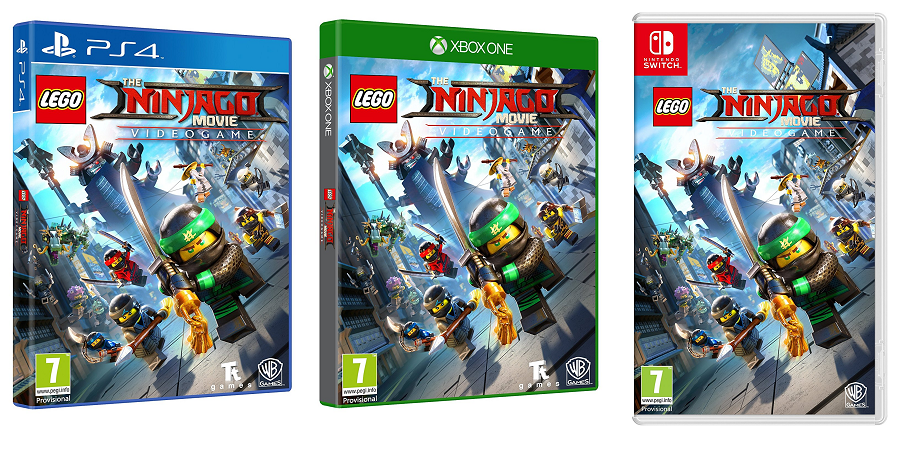