With The LEGO® NINJAGO Movie set to preview next week in the UK, mini ninja and famous faces from across the UK have descended upon the Bank of the Thames in London, to hone the Spinjitzu skills and celebrate all things NINJAGO. The likes of Kids TV and current UK Bogies champions Dick and Dom, Team GB’s Double Olympics champion Jade Jones MBE and the UK’s youngest black belt, Jake Frood, were all on hand to help celebrate the upcoming arrival on the latest LEGO big screen adventure. 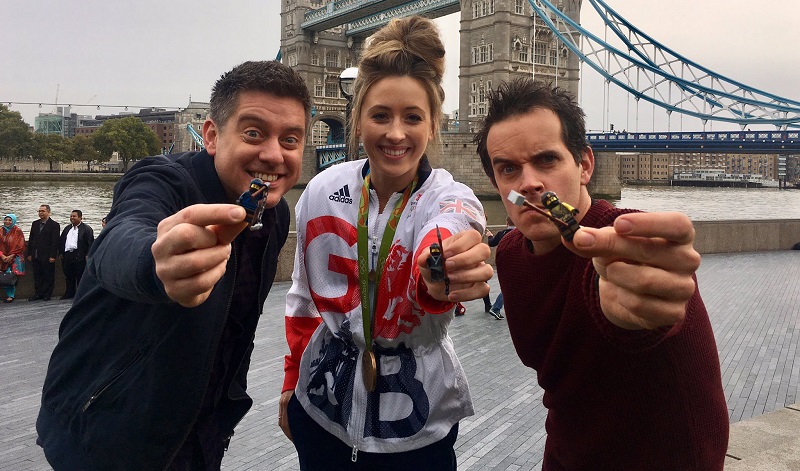 In other UK-related The LEGO NINJAGO Movie news, it seems the UK version of the movie will have a special section which will feature the voices of Good Morning Britain presenters Ben Shepherd and Kate Garraway. They will present NINJAGO City’s early morning news show Good Morning NINJAGO in the movie, the same roles played in the US version by Good Morning America anchors Robin Roberts and Michael Strahan. The LEGO NINJAGO Movie opens on October 13th with advance previews next weekend.