The Evolution of The Octan Corporation

Home » Features » The Evolution of The Octan Corporation

Since 1992 Octan has been keeping the folks of LEGO® City and beyond on the go with the premium brand of fuel. Before Octan appeared in LEGO sets, fuel was provided by real world brands including Esso and Shell. Sets 6397: Gas N’ Wash Express and 6594: Gas Transit would introduce Octan to LEGO fans and ever since it has appeared in numerous LEGO sets. 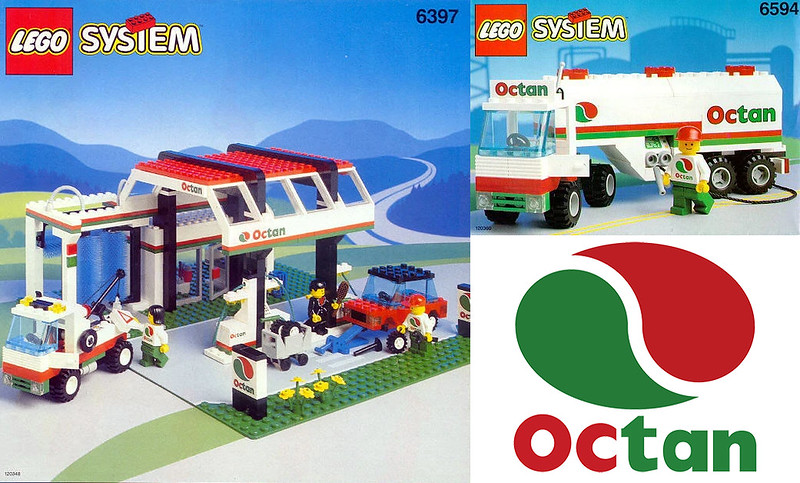 In 2009 Octan branched out into the renewable energy market with the Wind Turbine set featuring the Octan branding. This would mark a major turning point for the company who would later adopt the Octan Energy branding. Despite proving the energy needs for LEGO City and beyond, little who known about the company. A pair of space rogues were found to be displaying the Octan logo on their overall by the Space Police, suggesting a link to shady going ons. 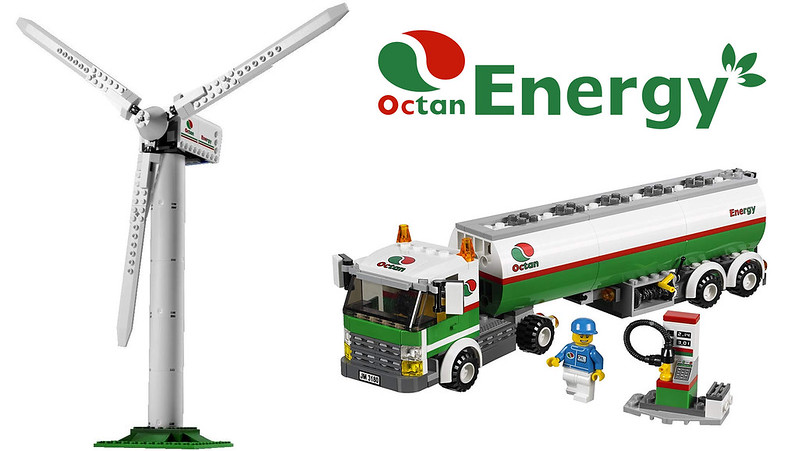 Just how shady wouldn’t be fully realised until the fateful events of Taco Tuesday. The neighbouring city of Bricksburg, is home the Octan Corporations global headquarters. It what discovered that Octan was behind just about every product and service enjoyed by LEGO citizens, from energy to catchy pop songs, Octan and it’s president Lord Business, controlled the lot.

Since then Octan has been a little less shady, with its focus shifting to electric vehicles. It’s latest venture has seen the introduction of electric charge points added to their service stations. To gain awareness for Octan E, Octan have sponsored an all electric race car team, which will first compete in the 2020 season. Sponsorship is nothing new for Octan, especially within the world of racing. The Octan Racing Team has competed in numerous competitions. They have supported a number of sports teams over the years including LEGO City football and hockey teams. 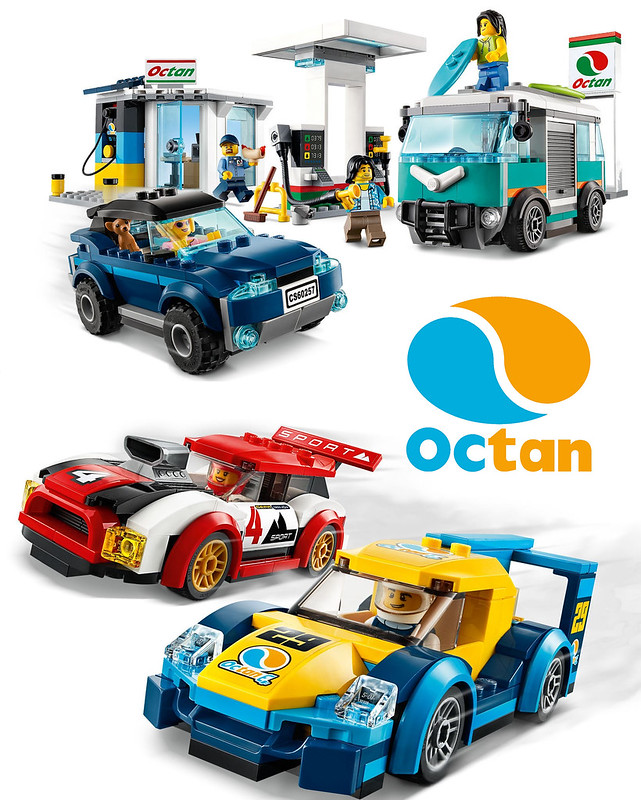 Whether providing plumbing and refuse services, breeding Octan cows, to produce Octan milk, to make delicious Octan ice cream, or keeping the fine folk of LEGO City on the move, across land, sea and air, Octan remains an important part of LEGO life, in all its guises.

Octan has appeared across a number of LEGO sets including DUPLO, Technic and many more themes. But it’s most at home in LEGO City. Here’s just a handful of Octan sets. Head over to Brickset to see even more Octan sets released since 1992.