The BrickHeadz That Will Never Be

Home » News » The BrickHeadz That Will Never Be

Although the Toys R Us name still survives in some countries, it is all but a distant memory in major territories like here in the UK and US. Which makes the discovery by Brickset reader RonnyN all the more sad. A previously unseen LEGO® BrickHeadz set has been found on the LEGO servers which recreates the toy chains famous mascot Geoffrey Giraffes, as BrickHeadz character. It’s extremely unlikely the set will see the light of day, as current only the Canadian arm of the brand is set to stay trading, with some European TRU stores set to become Smyths Toys in the coming months. Not only it is a quite unusual BrickHeadz build thanks to the longer neck, it is also a reminder of the many great sets LEGO created in partnership with Toys R Us, something unlikely to be seen again in the future. 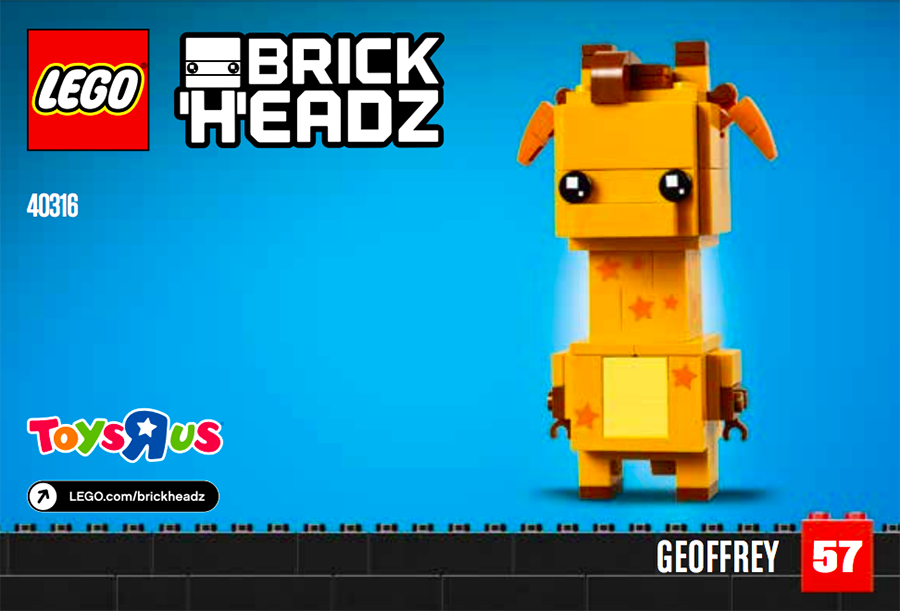 Thankfully the instructions will at least allow you to create your own version of the BrickHeadz Geoffrey, minus the unique printed elements featuring stars. This isn’t the only set to be lost along with Toys R Us. Earlier this year images of the yearly Bricktober Minifigures packs were found showing packs containing characters from Harry Potter, NINJAGO and Marvel Super Heroes.