Spider-Man Gets An Animated LEGO Special

The LEGO Group may have skipped New York Comic-Con this year but there is still some LEGO® news to be had. Marvel Entertainment have announced another animated LEGO special, this time focused around everyone’s favourite webslinger Spider-Man. In LEGO Marvel Spider-Man: Vexed by Venom, the webbed wonder will battle two of this greatest foe, alien symbiote Venom and the evil Green Goblin. The animated special will arrive sometime is 2019 and will most likely air on Disney XD and various LEGO platform. This won’t be Spider-Man’s only run-in with Venom, as the pair will come face-to-face with each other in a new LEGO Marvel Super Heroes set later this year. 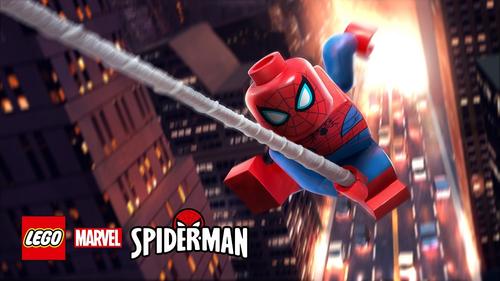 In LEGO Marvel Spider-Man: Vexed by Venom, tech theft is at an all-time high thanks to Green Goblin & Venom… So can our Friendly Neighborhood Spider-Man put an end to their mysterious villainous scheme before all of New York City is destroyed?