It’s a well-known fact that some LEGO® sets based on various movies, sometimes take a few liberties with the source material. This can be for various reasons, such as working from concept art, early cuts of films or to deflect spoilers. After venturing to the cinema for the first time in over two years to see Shang-Chi and The Legend of the Ten Rings, I thought it would be nice to compare the two Shang-Chi LEGO sets with the source material. So this feature will contain spoilers for the film. So if you haven’t seen it, I would advise you to stop reading and head to the cinema.

Still here? Well as you’ll know there are two playsets based on the latest addition to the MCU. It’s become a fun activity to see how well LEGO sets compare to the movies that have inspired them. Over the years there have been some questionable takes on other MCU outings. Who can forget the Mandarin’s crazy gun buggy from the Iron Man 3 sets or the entire range based on Avengers Endgame. For Shang-Chi things are a little better balanced. One set, in particular, is almost perfectly matched to the on-screen action, whilst the other is slightly more fanciful. Last spoiler warning as I compare each set to the movie. 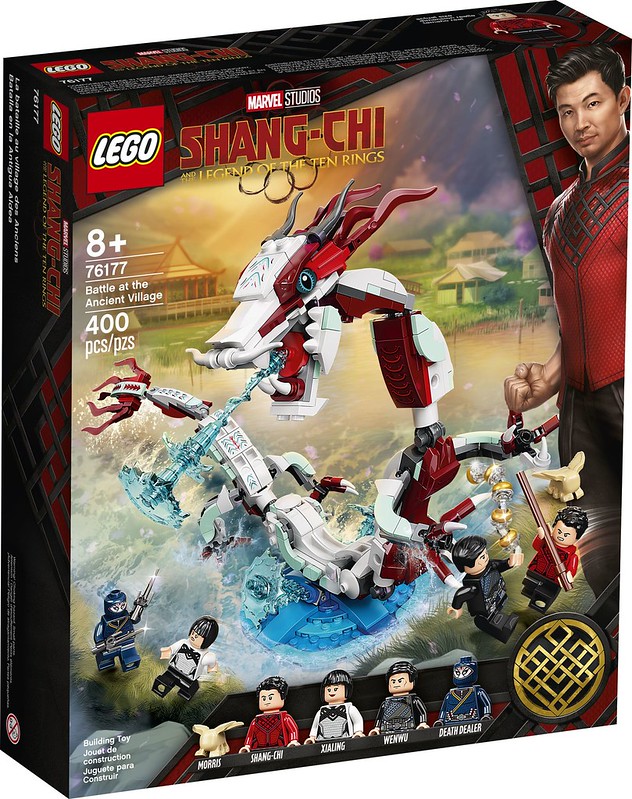 This set does a particularly decent job of capturing a moment during the climactic conclusion to the movie. After Shang-Chi and his sister arrive at the hidden village of Ta Lo before their father, they must defend a huge door that is holding back a swarm of soul-sucking beasts. As Wenwu cast his son into a vast lake, Shang-Chi soon came face to face with the Great Protector. This ancient creature has helped defeat the soul suckers before and bestowed powerful dragon scales to help guard the evil portal. The LEGO set has done a great job of recreating the Great Protector, with the colour scheme and appearance perfectly matching the onscreen creature. The characters included also match with the set overall. Shang-Chi and his sister Xialing both ride the Great Protector as well as each of them facing off against Wenwu and the Death Dealer. The faceless creature Morris is closely connected to Trevor Slattery’s hilarious appearance but as a new mould, it makes sense to feature it in the set. 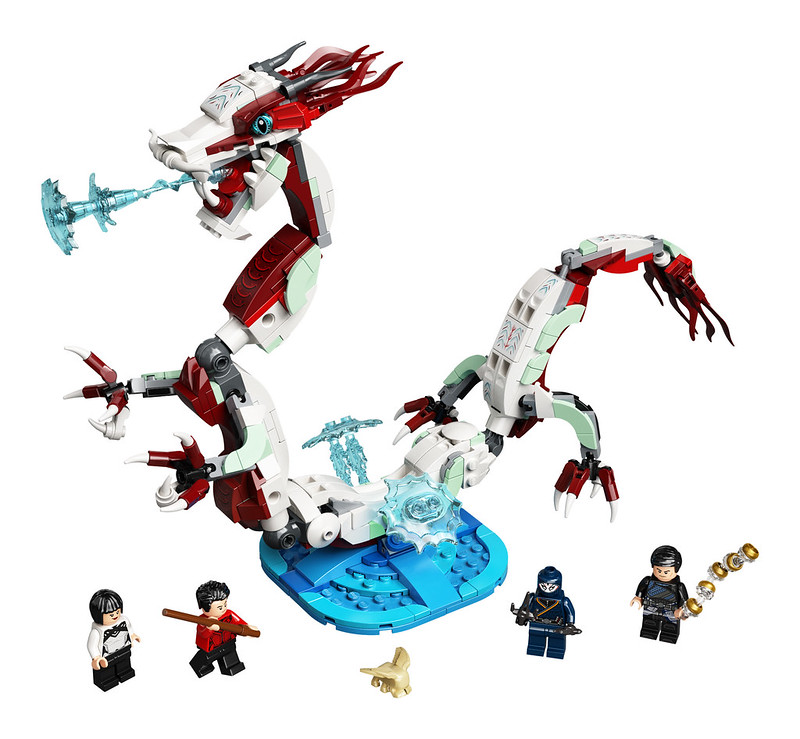 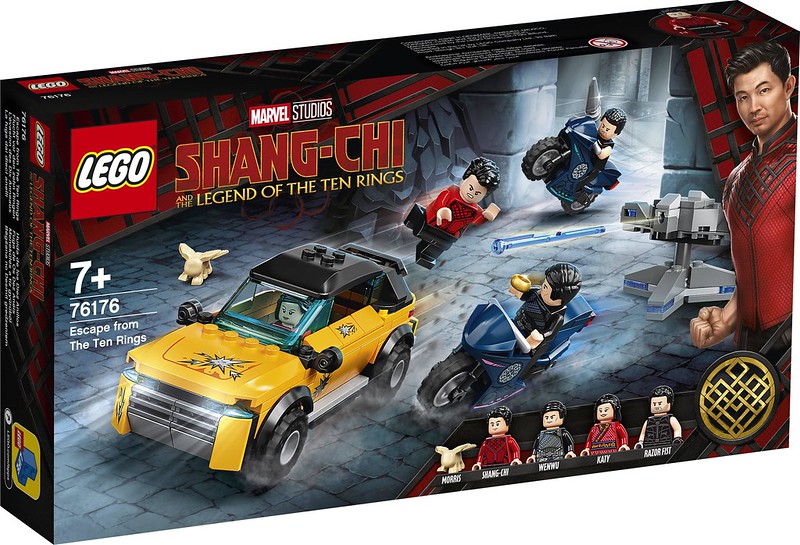 As great as the above set is compared to the source material, the second set has used a little more creative flare. After Shang-Chi, his sister and his best friend Katy are captured by Wenwu’s forces, they are taken to his compound, where they promptly escape with Trevor Slattery and his chum Morris. They escape in Razor Fist’s black BMW SUV, whilst being pursued by motorbikes and other SUVs. The set seems to blend aspects from different moments in the film. The SUV and motorcycles would connect to the escape from the compound, but Katy is dressed in her Ta Lo outfit. At no point are there any mounted gun turrets and there are no yellow coloured vehicles in the film at all. Razor Fist doesn’t really feature in the escape chase either but is in the final battle. So it’s certainly a mixed affair but definitely not as off the mark as some other Marvel sets. 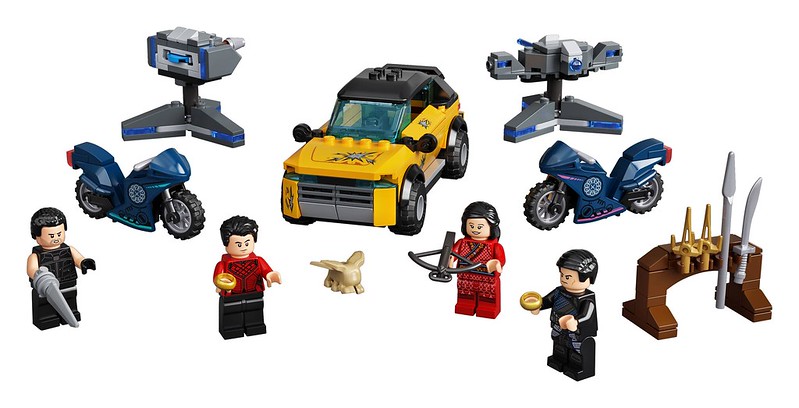 Both sets are available now from LEGO stores and LEGO.com, as well as selected retailers. With each set exclusive to certain retailers in the UK.