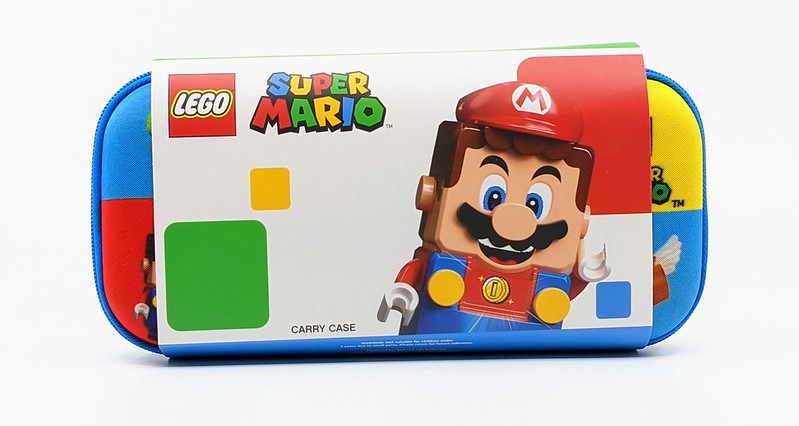 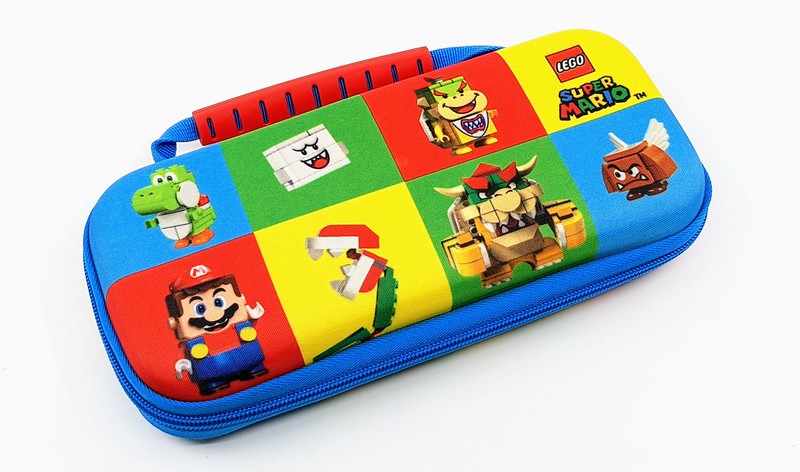 Long term Nintendo fans will have fond memories of the humble carry case. From the GameBoy to GameCube and now the Switch, every Nintendo home console or handheld has been treated to an official carry case. So it’s only fitting that this tradition would also make the leap to the world of LEGO® Super Mario. As previously mentioned, the images used on the Smyths website suggest the case is meant to be used as a vessel to store pieces of the various LEGO Super Mario sets. It’s not big enough to store much, but you’ll easily fit the LEGO Mario figures and parts from the sets, such as plates and the connector islands. Considering the nature of the LEGO Super Mario sets, they are not really something you’d display, so having somewhere to put them is quite useful. 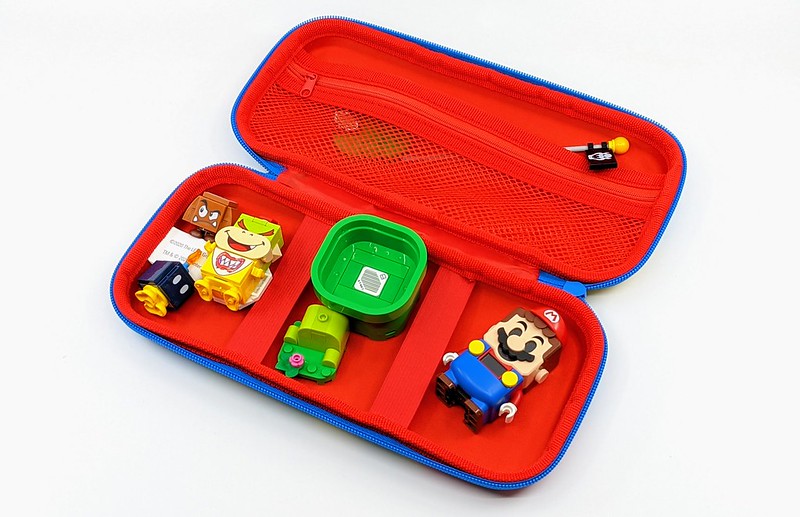 However, this isn’t just a case for LEGO bricks. It’s actually perfectly suited to use as a Nintendo Switch carry case as well. In fact, I believe this is the prime use of the case. The two elasticated straps are perfectly placed to hold the Switch handheld and the zipped pocket is great to hold game cartridges. 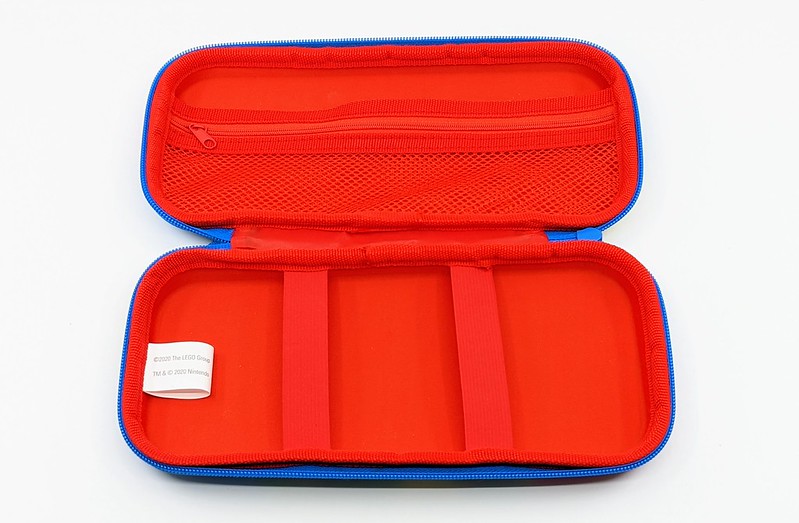 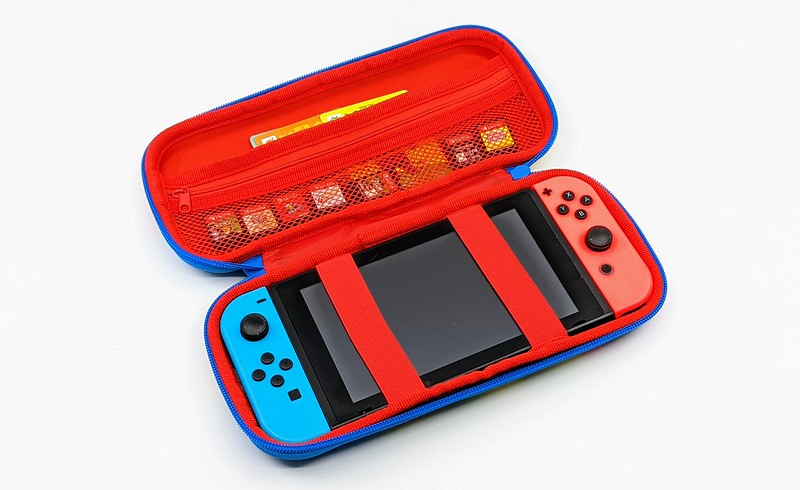 Whichever way you decide to use the case, it’s a nice little branded product and I like duel use, whether this was intentional or not. You can get the official LEGO Super Mario Carry Case now from Smyths Toys, in-store or online now. It’s £9.99 to buy or free with £30 or more of LEGO Super Mario sets. 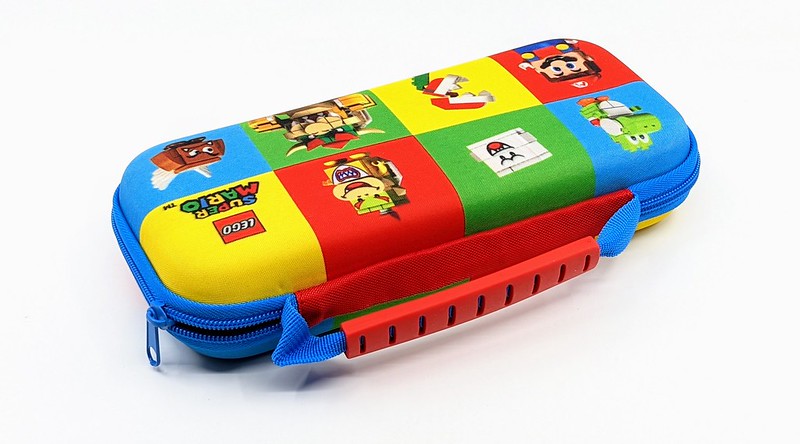