Despite rumours of it’s demise being greatly exaggerated, LEGO NEXO KNIGHTS will be returning in 2018 with a new wave of sets and the latest issue of the LEGO Life magazine has given us a tease of what’s in store. After the realm of Knighton was terrorised by Jestro and his Book of Monster, the NEXO KNIGHTS fought against the hot-headed Lava Army before Monstrox brought forth the Stone Army. Next it seems NEXO KNIGHTS will be facing off against a technical team of foe, as a Tech Infection descends upon Knighton. With bad guys in the first wave of sets being mainly red in colour and the Stone Army purple, the new menace will be green. This could result in some pretty cool sets in 2018 along with plenty of new NEXO powers. Here’s hoping for a Ultra Agents vibe to the new NEXO KNIGHTS sets, which are expected to appear in January, 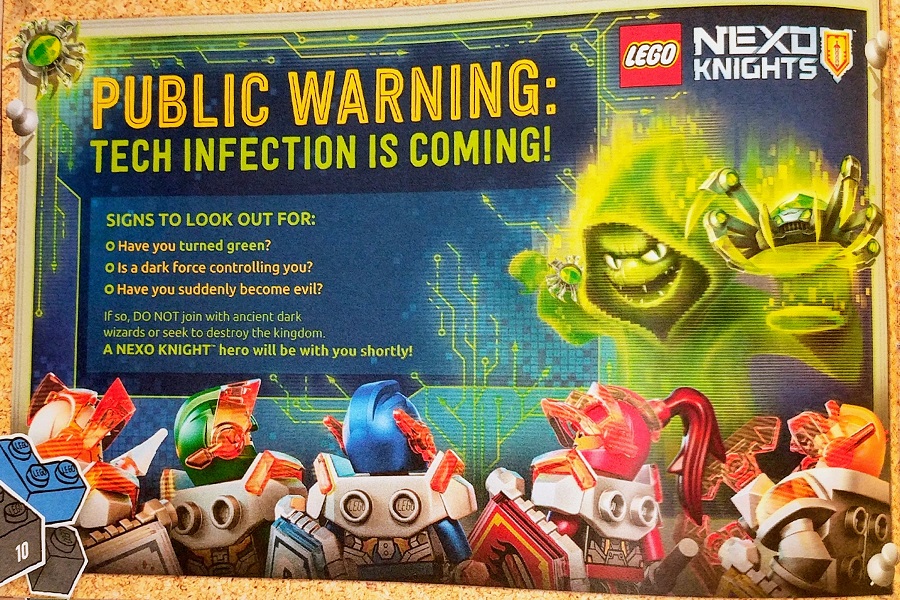