Earlier this year the LEGO Group and Universal Brand Development announced an extended licensing agreement which will see the LEGO® Jurassic World brand being used beyond just LEGO sets. The partnership has already seen the Jurassic World brand expand into both DUPLO and LEGO Juniors product ranges. Now those additional LEGO Jurassic World products have started to be revealed, the first of which is this rather awesome LEGO Jurassic World bedding set. I’ve reached out to the company behind the LEGO homeware range to find out exactly where you’ll be able to find these cool new product. I can also reveal there will be a range of LEGO Jurassic World buildable watches from ClicTime and a series of books from Scholastic. 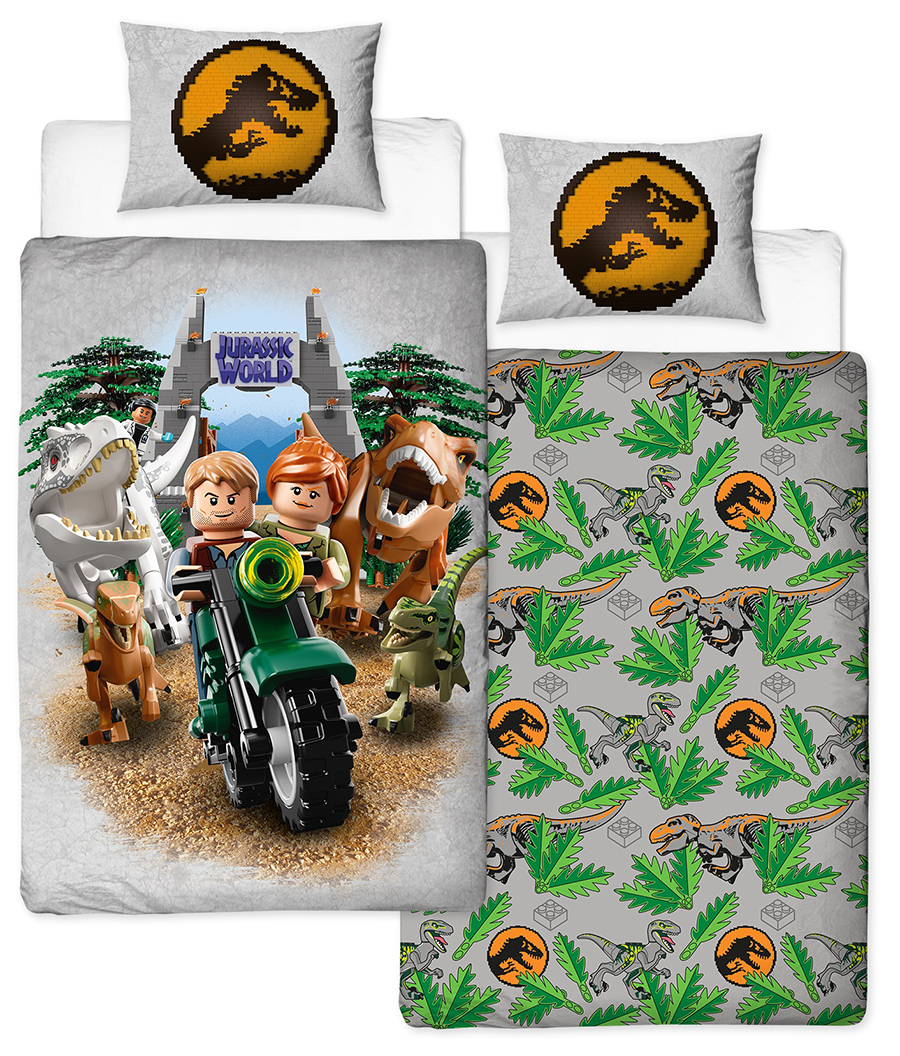