The brand new issue of the LEGO City magazine is out today and in the latest issue you get a free LEGO City Fireman minifigure, complete with a selection of tools. Inside the magazine there’s the usual puzzles, comics and posters. The LEGO City magazine is part of the LEGO Specials range, which includes a number of different themes including LEGO Elves, Bionicle and the various LEGO movies, but it seems LEGO City will be sticking around as it will also be the subject and next month’s issue as well. This will come with a Mountain Ranger Minifigure and a mini quad bike! Not bad for £3.75 and nicely coincides with the new 2018 LEagO City sets. LEGO City Magazine issue 5 arrives on January 31st. 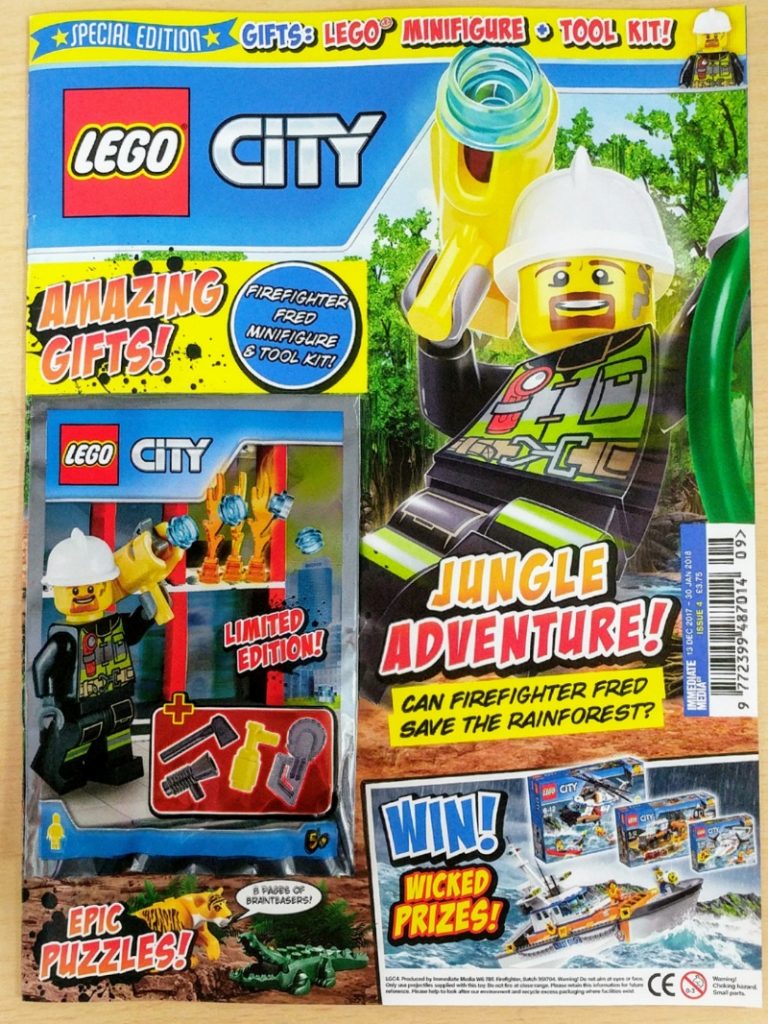