Following on from our coverage yesterday, LEGO® has released official details of their new Augmented Reality app for iOS devices, LEGO AR-Studio. This new app bring LEGO bricks to life by placing digital recreations of LEGO sets anywhere you like thanks to AR technology. Learn more in the press release below. 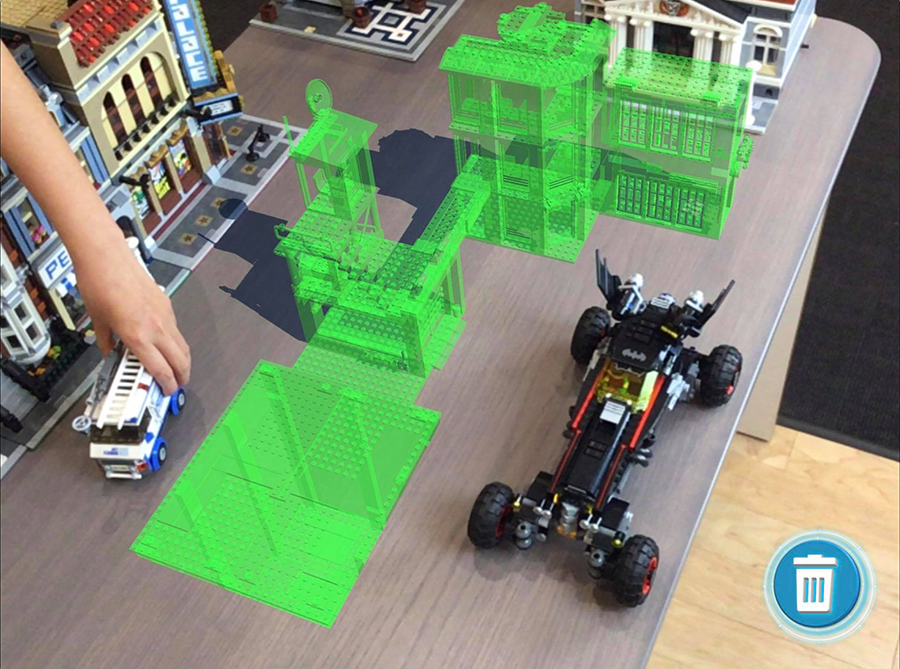 Today, the LEGO Group is providing children across the world the opportunity to play using a free augmented reality app that allows users to explore their creativity by mixing virtual and physical LEGO® play together, in a brand new and unique way.

Coming out of the LEGO Group’s department that explores the future of play – Creative Play Lab – LEGO AR-Studio™ is a creative tool, developed with Apple’s ARKit, that allows children to play with digital versions of some of the most popular LEGO sets*, in real-world scenes using augmented reality that mixes them with physical LEGO models.

“We believe the best way to predict the future of play is to invent it. LEGO AR-Studio pioneers new possibilities for imaginative play where children can enjoy both physical interaction and digital engagement at the same time. This is one of many ways we innovate to combine physical and digital LEGO play into a fun and creative experience for children.”

In the app, children and LEGO fans can explore and control virtually enhanced animated versions of LEGO models in real-world environments, making and playing out their own unique stories and adventures. The app also allows users to record the action and save video clips directly to their smart device.

“The play experience in LEGO AR-Studio is open-ended, leaving children’s imagination and creativity to shape up the play universe. It allows children to play in engaging ways, while having ‘one hand in each world’ – playing and building with the physical LEGO models, while holding on to their device and bringing sets to life,” says Tom Donaldson.

LEGO AR-Studio brings LEGO sets to life with fun animations and audiovisual effects when they are placed together. Special play features include a dragon breathing fire, trains sounding a horn or a LEGO® firetruck using a fire-hose – all of which can be activated while playing. Virtual Golden Bricks are also hidden around in the LEGO AR environment, for children to search and collect while playing.

* LEGO® sets available in the app at launch: