Like many LEGO® fans, I break out the various seasonal LEGO sets at Christmas to litter the house with brick-based festive cheer. This year is no different, but as I dressed the tree last night I light bulb went off. No I didn’t need to buy new lights for the tree, I had an idea – could I bring the Winter Holiday Train to life with Powered UP? I had recently purchased the Powered UP Passenger Train in the Black Friday sales for half price and I’ve always wanted a powered LEGO train, and intended to build it at some point. But could I use the Powered UP elements in place of the Power Function elements intended to be used in the Winter Holiday Train to add power to the set? After a flicking through the instructions for the Winter Holiday Train and the Passenger Train, I was delighted to discover the answer was yes. Infact using Powered UP elements is better than the old PF ones. As Powered Up is a bluetooth based system, you don’t need to add a IR sensor and remote to control the set from afar. Instead the PUP battery box houses both and connects to a smart device or PUP remote. 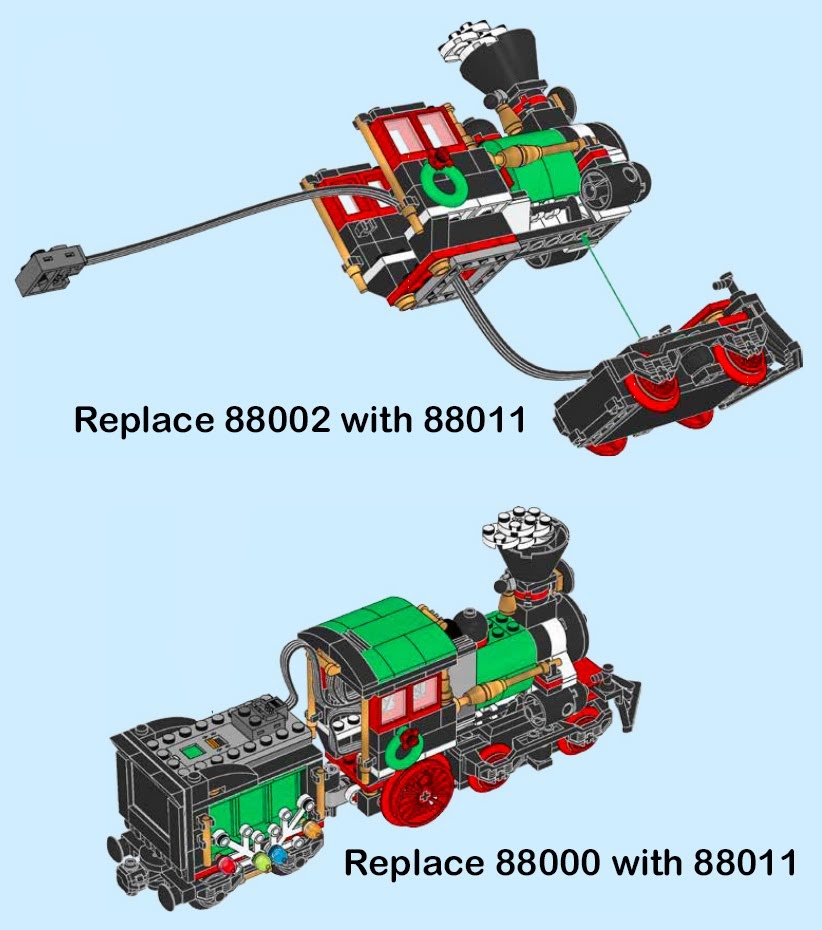 So instead of adding these Power Functions – 88000: Battery Box & 88002: Train Motor. You can switch them out for the 88009: Powered Up Hub and 88011: Powered UP Train Motor or if you have these element in another LEGO set, borrow them from there. But that’s not all the Powered UP app not only allows you to control the set, it also has sound effects. The Disney Train set has a winter themed control panel, with festive music, whistles and other train related noises. So now after many years of wanting a train running around the base of the tree, I finally have one. Learn more about LEGO Powered UP here.