We are privileged to receive some pretty cool LEGO® related stuff here at BricksFanz. So as part of our new LEGO Treasures features, we’re sharing some of our cool collection with you, our fellow LEGO fans. This weekend we received a mysterious package branded with the LEGO Marvel Super Heroes Avengers: Infinity War artwork. 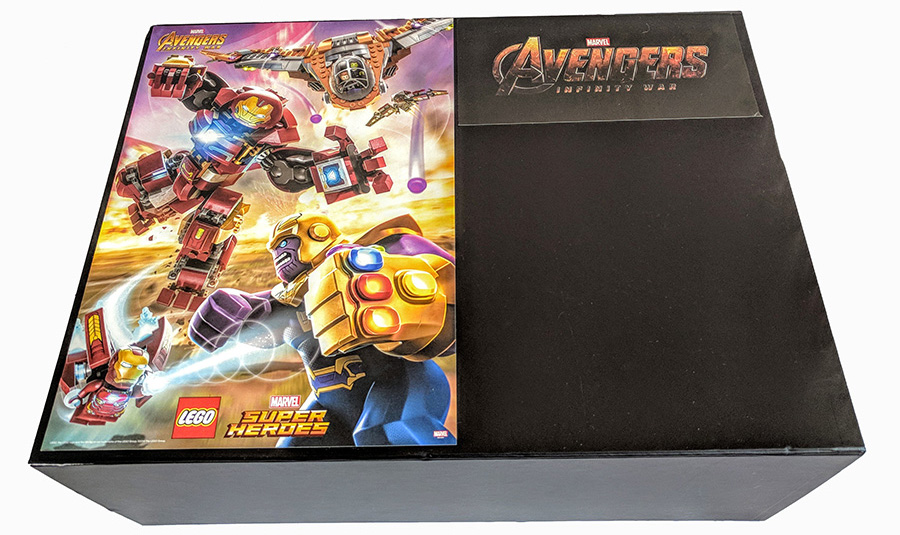 If you follow us on our social media channels you’ll have seen we teased its content before revealing what was inside. The box contained the four new LEGO BrickHeadz based on characters from Infinity War. These included Star-Lord, Gamora, Thanos and Iron Man Mk50, but that wasn’t the only thing in the box. 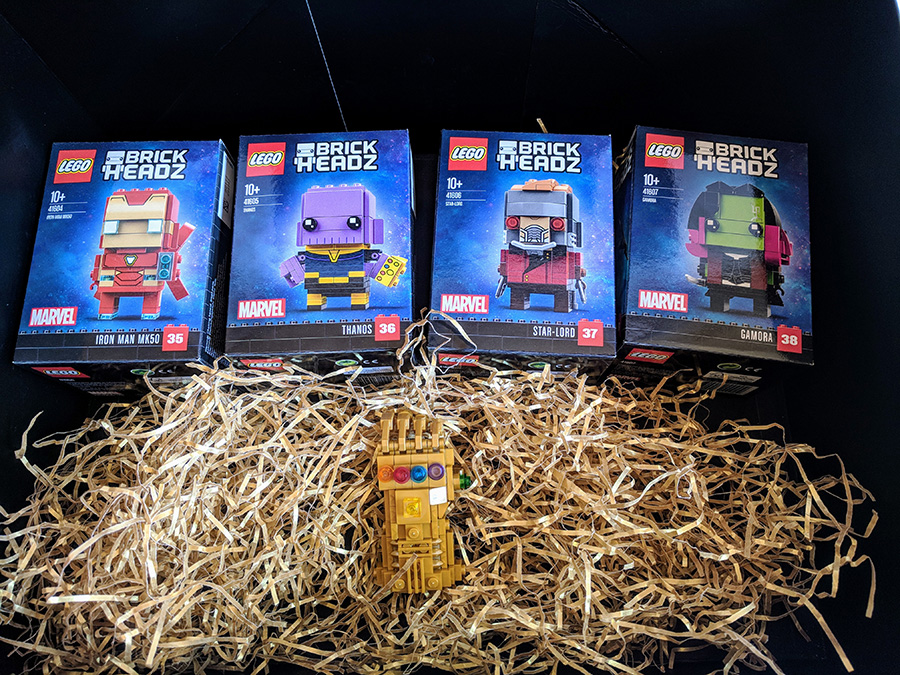 Amongst the golden straw lay a golden glove encrusted with the power to destroy half of all life in the Universe – the Infinity Gauntlet. But not just any Infinity Gauntlet – a LEGO Infinity Gauntlet. This Limited Edition little LEGO build is one of just 30 pieces crafted by the Master LEGO blacksmith of Nidavellir. Set within its golden bricks are 6 Infinity Studs. Individually, they have been wielded by many, but no one has dared to accumulate them all – until now. With the result being an awesomely unique little piece of LEGO memorabilia. 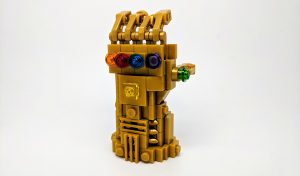 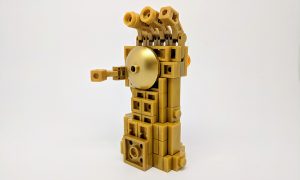 The brand new range of LEGO Marvel Super Heroes Infinity War sets and BrickHeadz are available now from all good toy retailers both in-store and online. We’d like to thank the LEGO team at Mischief PR for sending us the funky little package, in particular the LEGO Infinity Gauntlet. We promise not to use it to destroy half of the universe. 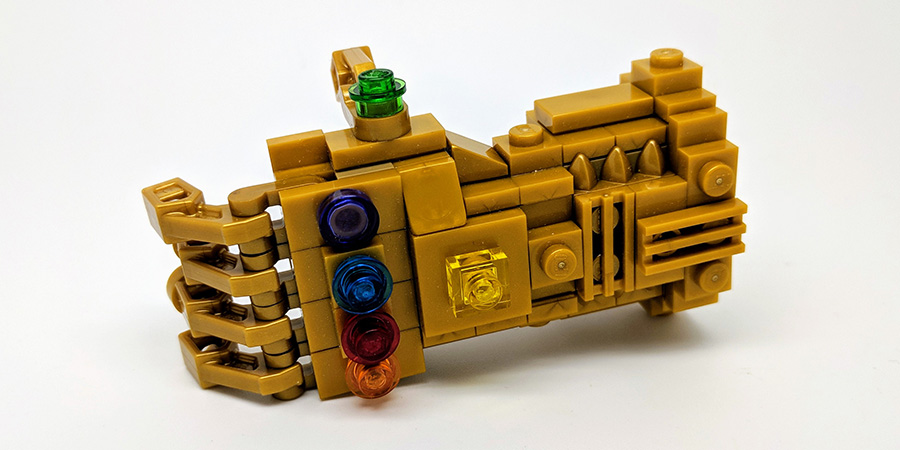