There has been a lot of chatter about the previously revealed new LEGO® Technic Bell Boeing V-22 Osprey set in recent days. A small group of people have pressured LEGO in Germany to rethink the set’s launch due to the real-world vehicles use in a military operation. Despite the Technic set being created as a Search and Rescue craft, it’s primarily used by the military. The LEGO Group has now taken the decision to completely cancel the set’s release and it will not be launching on August 1st or any time for that matter. LEGO has a long-standing commitment to not create products related to real military combat, of course, this has been touched upon before with many licensed sets. Here is the official comment from the LEGO Group.

The LEGO Technic Bell Boeing V-22 Osprey was designed to highlight the important role the aircraft plays in search and rescue efforts. While the set clearly depicts how a rescue version of the plane might look, the aircraft is only used by the military. We have a long-standing policy not to create sets which feature real military vehicles, so it has been decided not to proceed with the launch of this product.

We appreciate that some fans who were looking forward to this set may be disappointed, but we believe it’s important to ensure that we uphold our brand values. 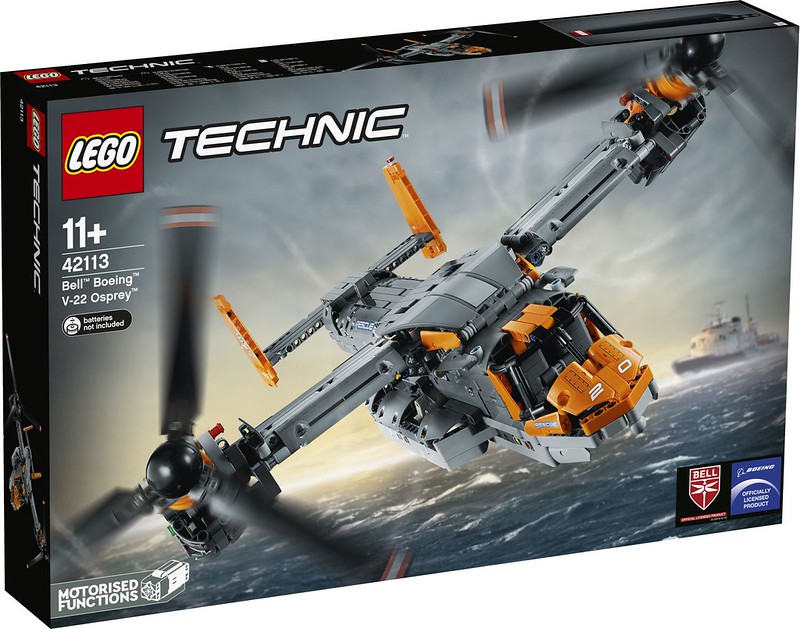