This year marks the 40th Anniversary of the LEGO® Technic brand and to celebrate this milestone, a number of sets released during 2017 feature a commemorative Technic element. LEGO have also created instructions to recreate one of the first Technic sets ever released, using parts from three different 2017 Technic sets. Now you can get the three sets needed to create this set in a special 40th Anniversary Bundle. This includes sets 42063 BMW R 1200 GS Adventure, 42061 Telehandler and 42057 Ultralight Helicopter, each of which on their own offer 2-in-1 builds. If purchased separately they cost a total of £94.97 with the bundle priced at just £79.97 saving £15. The set is available to order now from shop.LEGO.com. 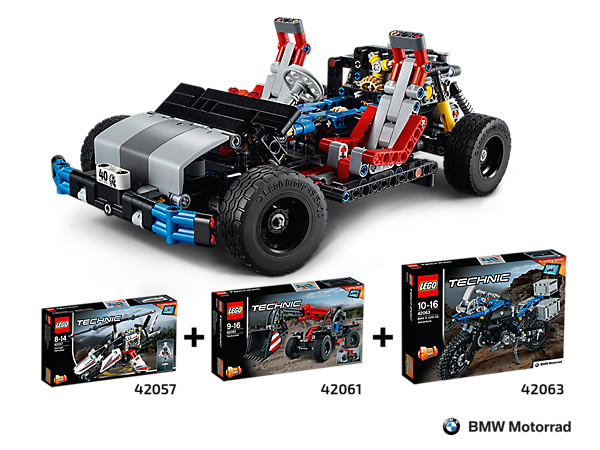 Plus get a £25 Technic Voucher with all LEGO Technic purchases made between now and October 23rd. You can then use that voucher to get £25 off any LEGO Technic set priced £99.99 or more between October 23rd to December 23rd 2017.