Mario’s iconic red and blue outfit is instantly recognizable for gamers and non-gamers alike. But as much as his standard outfit is so iconic, popping on some new threads has been a key aspect of Mario’s many adventures. The latest two Power-up suits to join Mario’s ever-expanding wardrobe are the Bee Suit and the Frog Suit. These once again capture elements for Mario’s past adventures from long ago as well as more recent outings.

Both Power-up Packs include a new pair of dungarees, which are themed towards the power-up suit they are representing, along with a cap plus a small display stand to mount both elements of the power-up suit when not in use. These display platforms can also be incorporated into courses. As soon as LEGO Mario or LEGO Luigi is slotted into the suit, they instantly recognise it and activates the relevant power. This includes that all too familiar power-up jingle and sound effects, plus the power-up icon appears on the tiny LCD screen. Both of the Power-up suits also provide LEGO Mario and LEGO Luigi with new abilities that in turn add new play features. 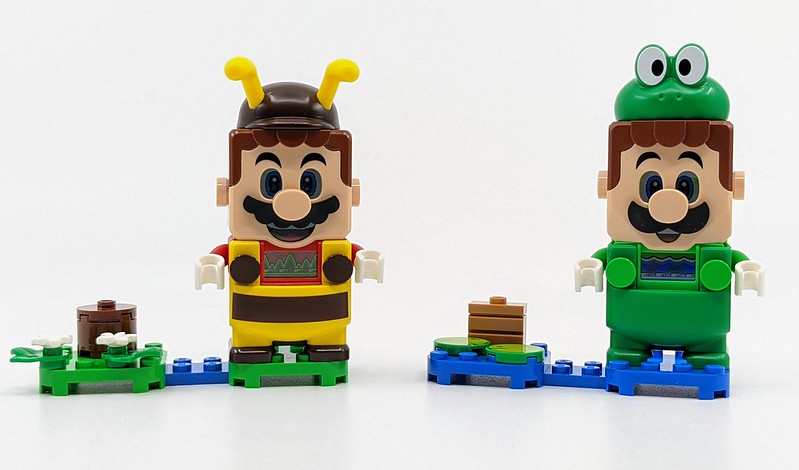 With the introduction of LEGO Luigi, you may be wondering if these suits can be worn by both brothers. The simple answer is yes. Although Luigi is slightly taller than Mario, he perfectly slots into any of the previous Power-up suits including these two new ones. They also activate the same powers. It’s currently unconfirmed if these suits will fit Chris Pratt. 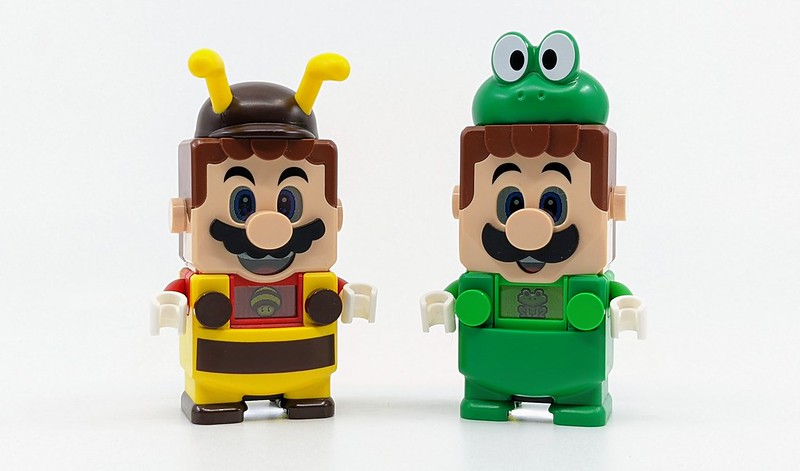 The Frog Suit made its first appearance in Super Mario Bros. 3, where it granted the ability to jump higher and swim faster. In its LEGO form, it allows both LEGO Mario or Luigi to gain bonus coins by jumping higher and come splashing down. The cap is unique to this set and features a pair of eyes. Although it doesn’t fully capture the look of the Frog Suit from in the games, it’s pretty close. There’s also a buildable display platform, which features two island plates, a couple of printed lilypads and a log-like plinth to mount the cap. 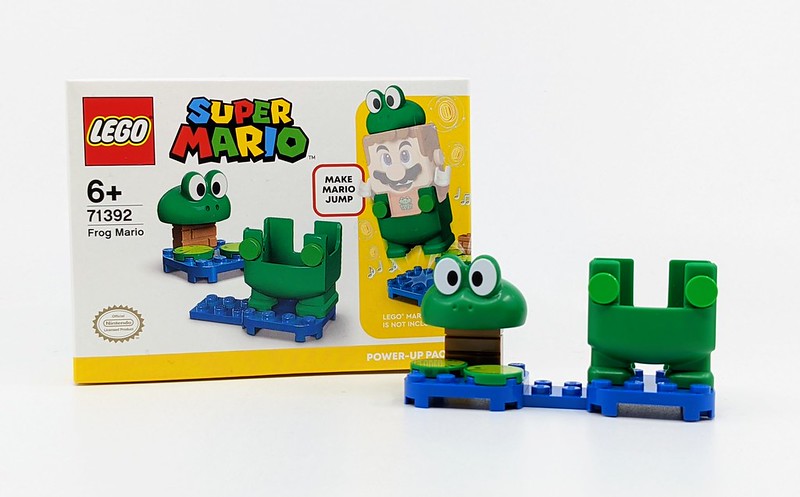 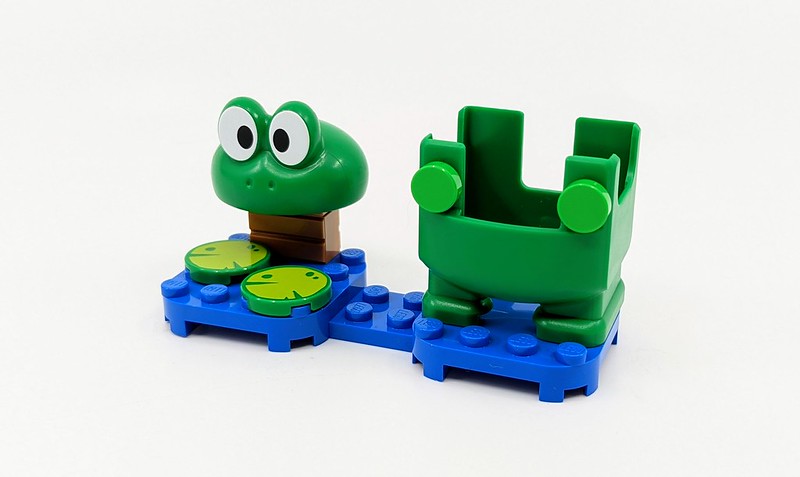 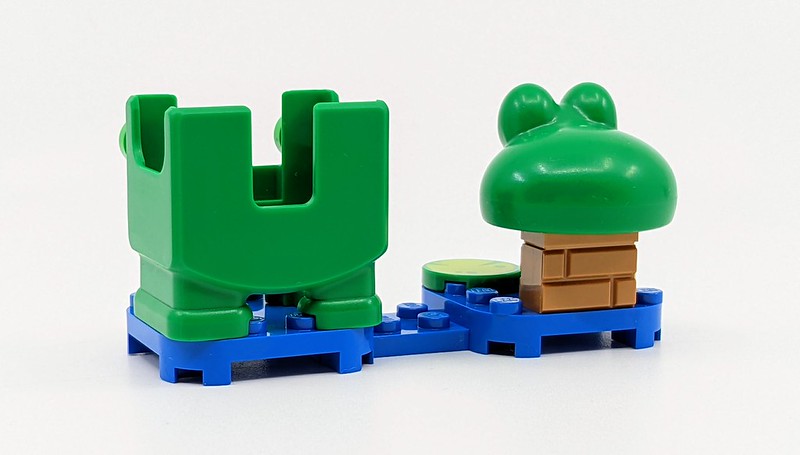 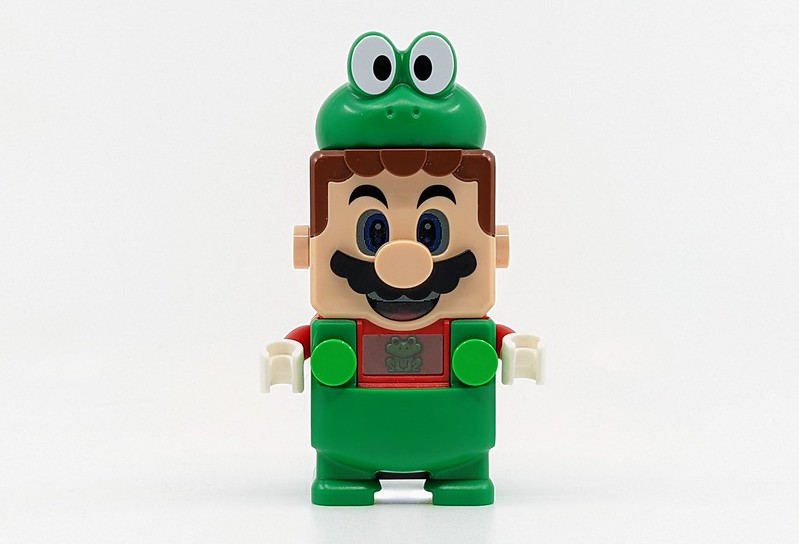 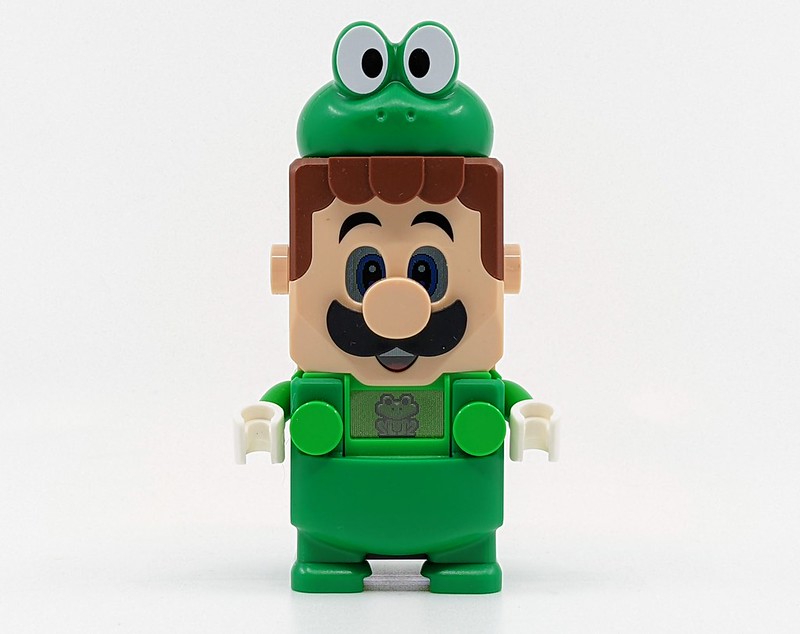 The Bee Suit is a more recent introduction compared to the Frog Suit. Mario first donned the Bee Suit in Super Mario Galaxy, where it allowed Mario to fly, land on flowers or clouds as well as being able to climb honeycomb surfaces. The LEGO version is certainly a great recreation of the appearance of the in-game suit, although it lacks a stinger, this is printed on the suit. The cap is quite nice, with a pair of antenna. Wearing it grants LEGO Mario or Luigi the ability to fly, where they can collect more coins and makes a buzzy sound. 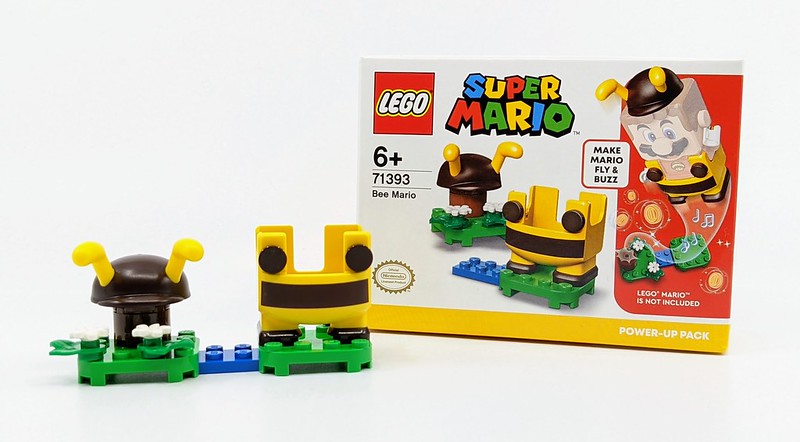 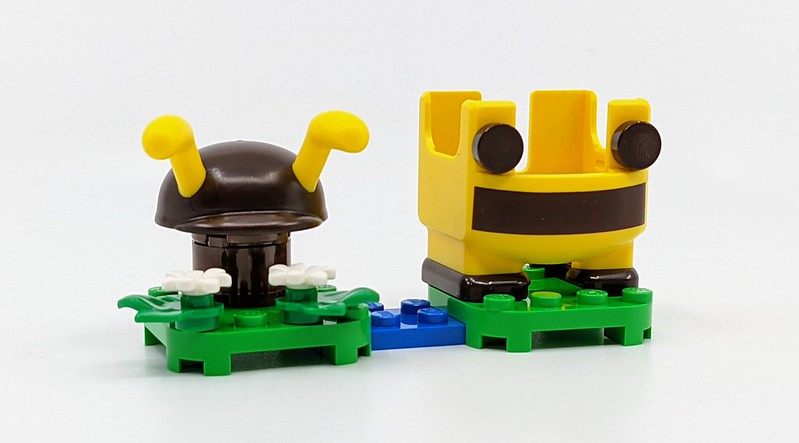 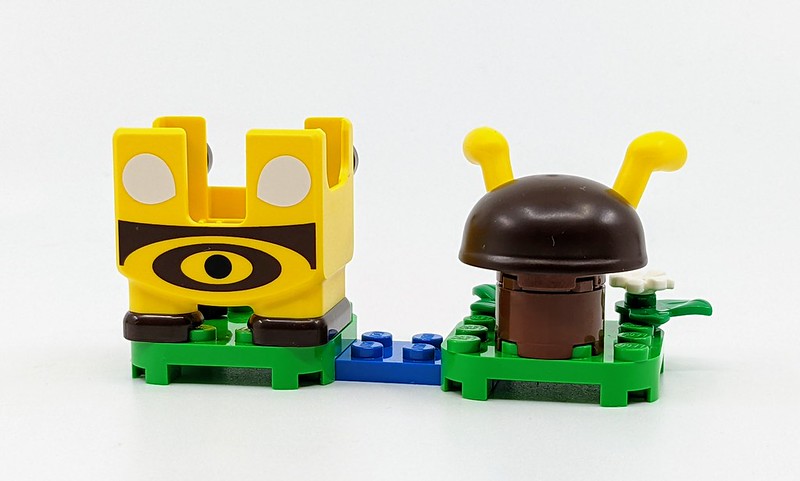 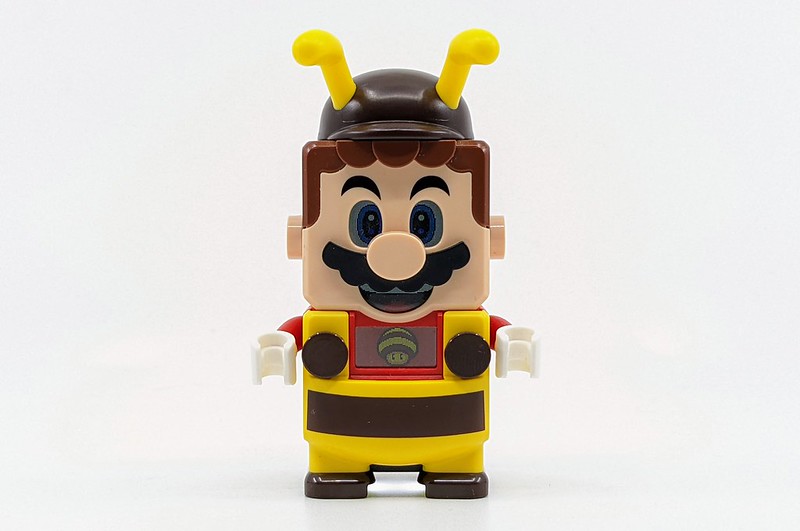 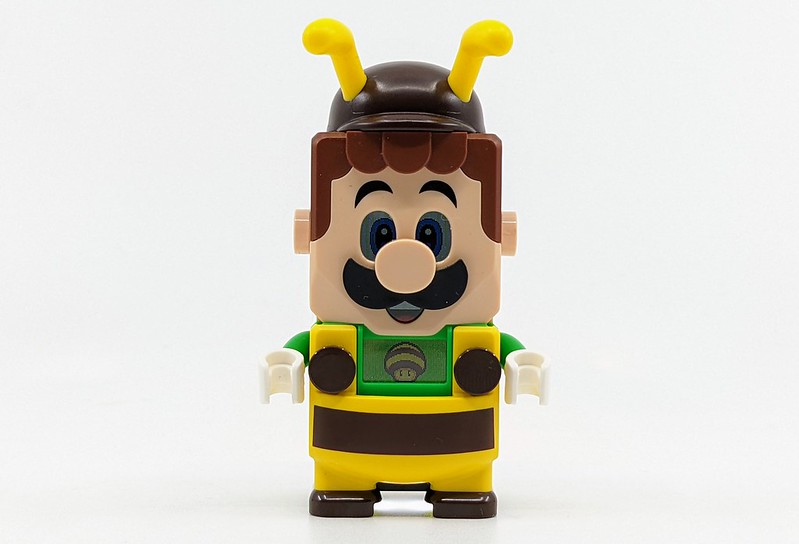