As I mentioned in my initial review of LEGO® Star Wars The Skywalker Saga, LEGO Games really come into their own once you’ve finished the basic story and start playing in Free Play. This is when you can explore the hub world and story levels using any characters and vehicles. So after playing The Skywalker Saga fully, including the recently added extra Capital Ships and bagging that all-important Platinum Trophy, it’s a great time to offer additional thoughts on the game. 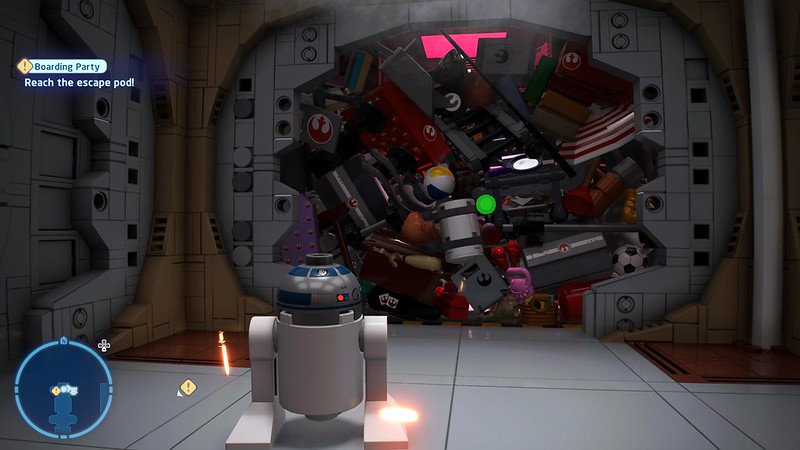 LEGO Games have always offered a number of collectible elements but they have been vastly expanded upon for The Skywalker Saga. The collectible commodities are split into various different aspects including Mini Kits, characters, vehicles, Data Cards and Kyber Bricks. Tracking them all down expands the scope of play offered by the game. So although playing through all 9 films will take you a little while, your time in a galaxy far, far away will be multiplied tenfold in Free Play. 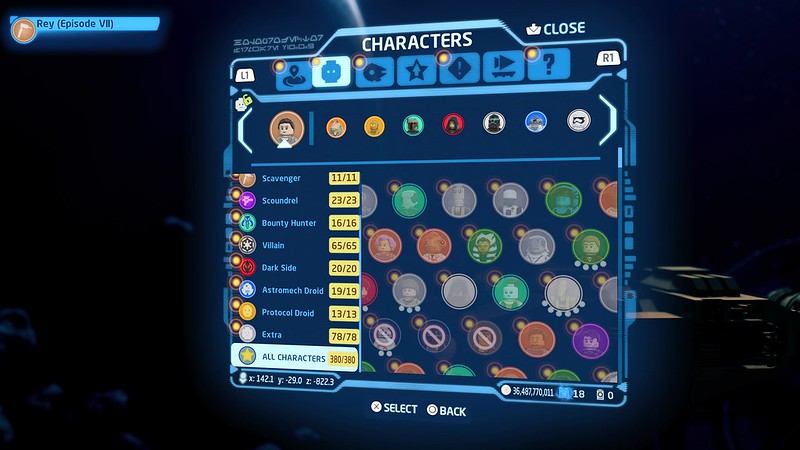 The main commodity in the game is the Kyber Bricks. With well over 1000 to collect and more recently added, they also unlock characters, vehicles and can be spent to upgrade the new class system for each character type. Tracking many of them down is only possible in Free Play. The same can be said about Mini Kits. These are only found within story levels and some require certain actions to be carried out in order to achieve the various level challenges. Mini Kits unlock a fleet of MicroFighter ships, many of which are unique to the game. 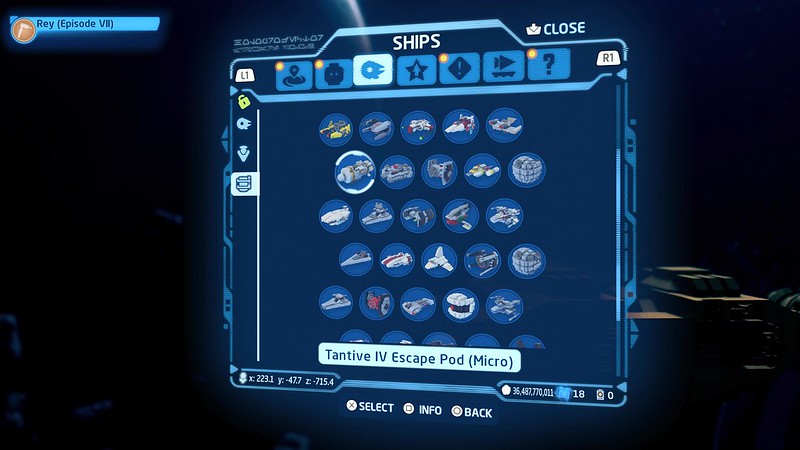 Earning Kyber Bricks can be as simple as finding one lurking behind a rock or on a ledge. Others will require the skills of a certain character but some will require a good old fashion fetch quest. Unfortunately, these are the most annoying as they often have you flying from one planet to another, especially as there are so many planets to visit. Thankfully, once you have retrieved all the items, the game will give you the option to instantly return you to the quest giver. 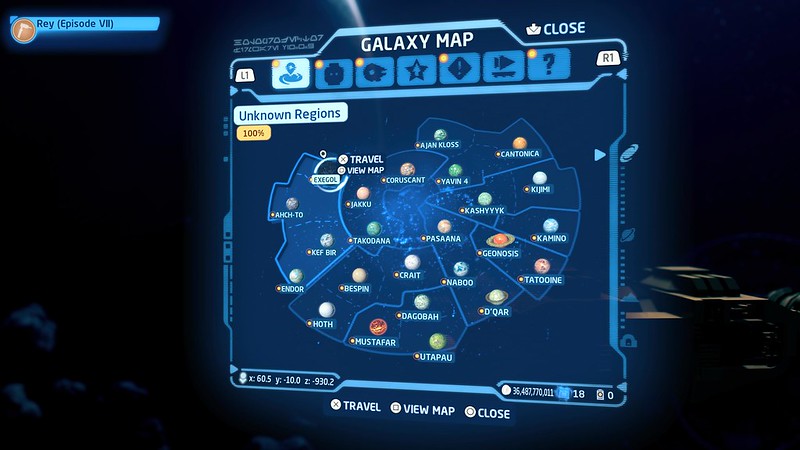 Every single challenge, Kyber Brick, character and other collectables can be tracked in the games menu. Gives you the ability to follow a trail to where you’ll find whatever you are tracking. Some are a little confusing as they put you in a vague vicinity. But it’s far more forgiving than past games and there’s also an option to switch on a permanent collectible tracker unlocked with Data Cards. 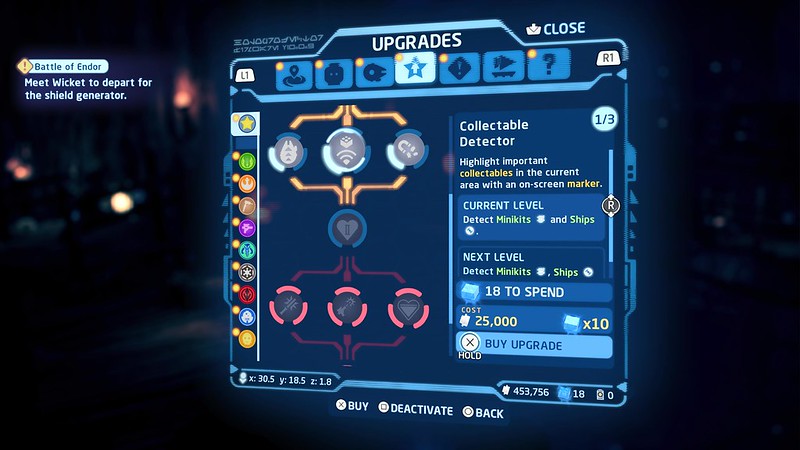 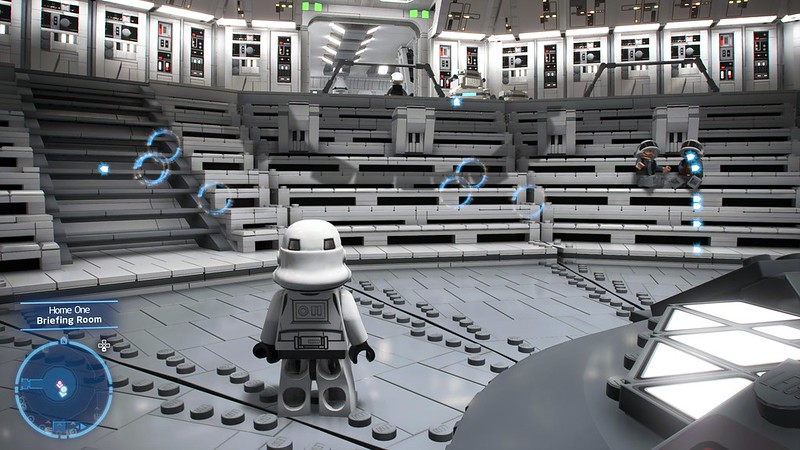 As rushed as some aspects of the game feels in story mode, Free Play really fleshes the experience out. It offers a vast expanse of content equalling numerous hours of gameplay as well as the most comprehensive collection of playable characters and crafts even seen in both a LEGO game or a Star Wars one. That’s without including unlockable content from input codes or the DLC packs. 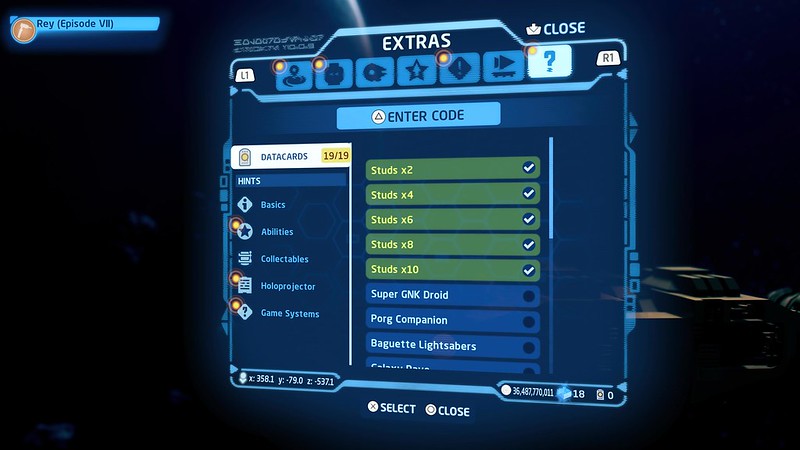 With the game being out for a while now, it’s already seeing small discounts from retailers, meaning it offers even more value for money in terms of how long you’ll be playing. Sure it’s not perfect but it is a LEGO game offering something unique with an air of familiarity to it.

It may also be the last time we get a LEGO title from TT Games of such scope. Troubles at the studio have been well documented and rumours suggest Warner Discovery is planning to offload its game studios.

Thanks to Warner Bros. Games for supplying Bricksfanz with a free copy of the game to review. The thoughts expressed within this article of that of BricksFanz and not of Disney, Warner Media, TT Games, or the LEGO Group.