News regarding the upcoming new LEGO® Star Wars game is a little light on the ground, but slowly little snippets of information are appearing. This includes the first of the pre-order bonus being revealed by Best Buy Canada. Pre-ordering the game from there will also bag you the retailer exclusive LEGO Star Wars The Skywalker Saga Steelbook, with is modelled on Han Solo’s Carbonite camber. The Steelbook comes with the PS4, Xbox One and Nintendo Switch versions of the game. Expect GAME to have it in the UK, providing they are still around by the time the game is released. Which is rumoured to be in October according to the official weekly Star Wars news show. 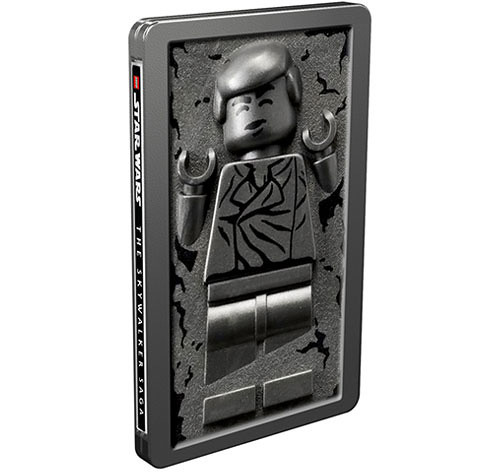