Late last night images are the upcoming LEGO® Star Wars Buildable Helmets were revealed by the social media channels of a random toy seller called Toy Santa. There are two sets coming, one based on a Stormtroopers lid and the other on bounty hunter Boba Fett’s. Both sets are aimed towards adult LEGO fans. Both sets are around 600 pieces and come mounted on a display plinth. With the Star Wars universe having a mass on masked characters, expect further helmets to be added to this interesting new sub-theme of LEGO Star Wars. I wasn’t going to cover this as the retailer seems questionable but every other RLFM site has so it seems silly not too. From what I can tell it was originally covered by Just2Good. 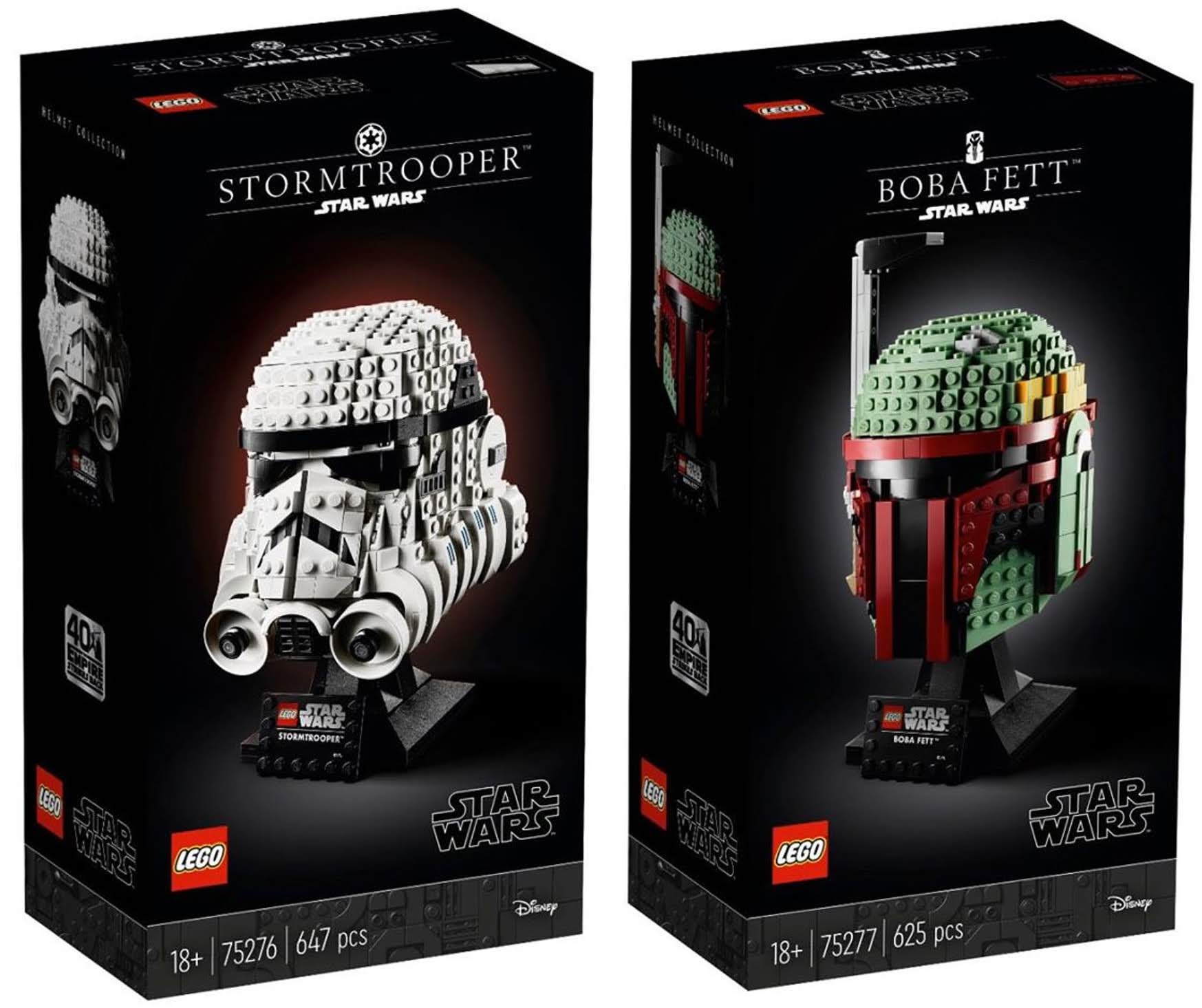