Earlier this month I reported on the news that many of the new LEGO® Plush Toys are now readily available from Amazon UK. The Minifigure plush toys are based on various Minifigure characters including those from the collectable Minifigure series, NINJAGO and more. Over in the US, the range also includes Star Wars characters, which may make it to other markets in 2021. The company behind these officially branded soft toys have very kindly sent me one of the characters to take a look at so here’s a closer look. 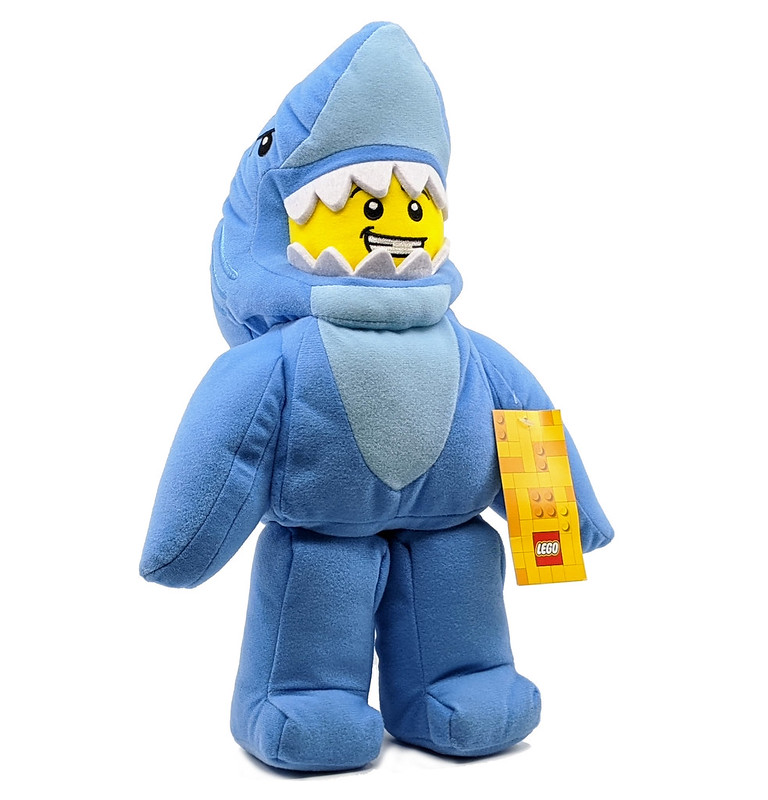 Add some humorous pizazz to your LEGO fandom with this plush rendition of the irresistible and unique Shark Suit Guy, inspired by Series 15 of the LEGO Minifigure Collection! Kids will enjoy creating imaginative scenarios with Shark Suit Guy, all in the name of fun. Put another brick in your little one’s foundation of imagination and creative self-expression with this inspiring toy from The LEGO Group. Shark Suit Guy is durably constructed with a soft body and flat feet, enabling him to stand upright on shelves as a collectible room décor when not part of playtime action. Help your die-hard and emerging Minifigure fans celebrate their affection for these classic characters with this fantastic LEGO collectible! Since 1978, Manhattan Toy has been making award-winning, high quality, educational toys for your baby, toddler or kid.

Soft toys inspired my LEGO bricks and Minifigures have been available for a number of years, but some of the early iterations were a little crude. But these latest versions are far better quality and look exactly like the Minifigures which have inspired them, just a whole lot softer. 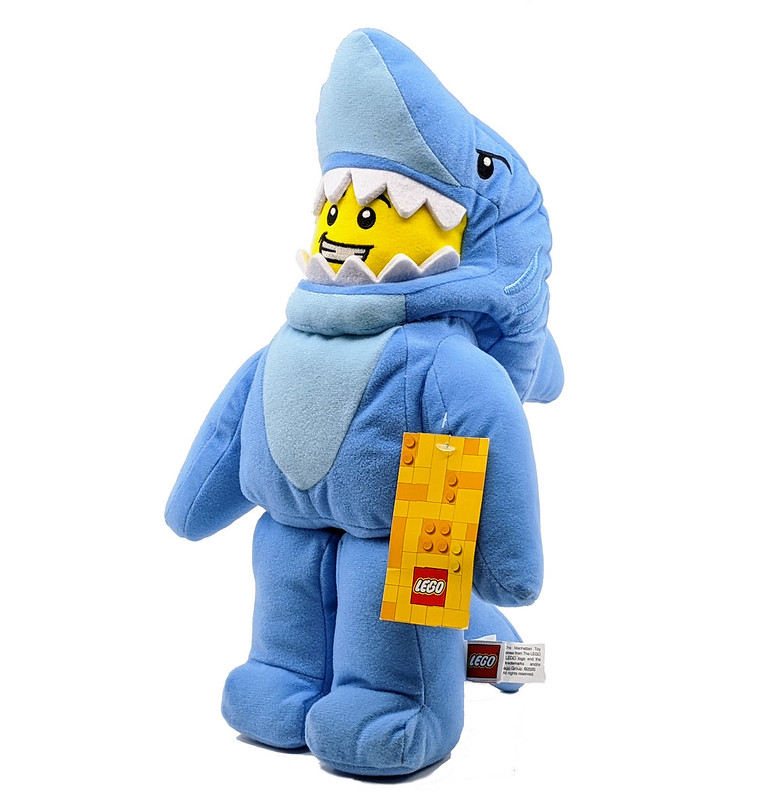 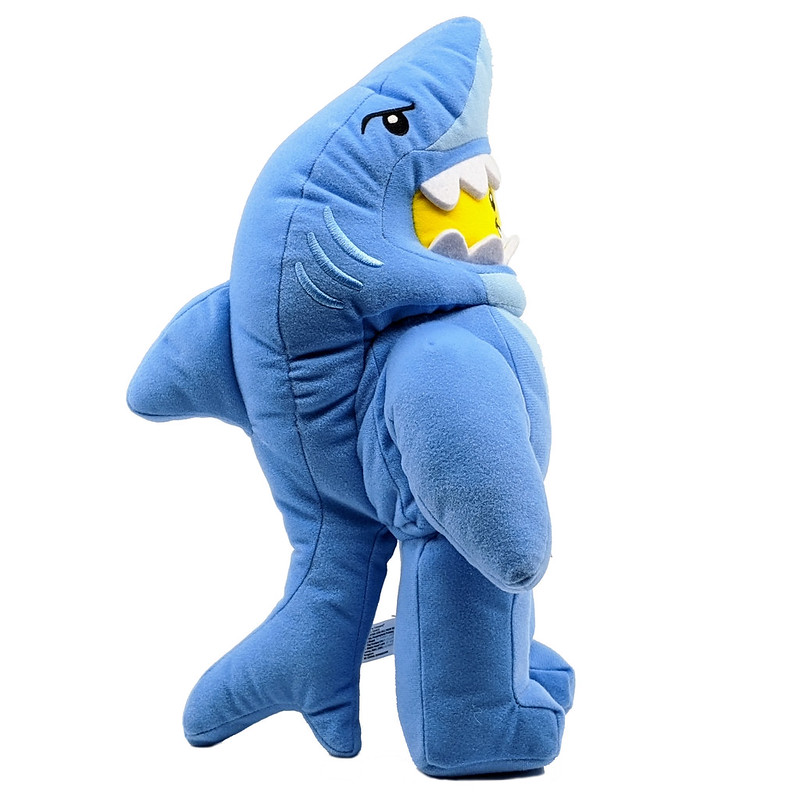 Some of the most fun additions to the LEGO Minifigures line-up have to be the costumed characters. One of which is the Shark Suit Guy. Released in 2016 as part of the Series 15 Collectable Minifigures, the Shark Suit Guy is exactly what the names suggest, a Minifigure kitted out in a Shark Suit costume. This is also inspired by the shark creatures found in many nautical-themed sets. 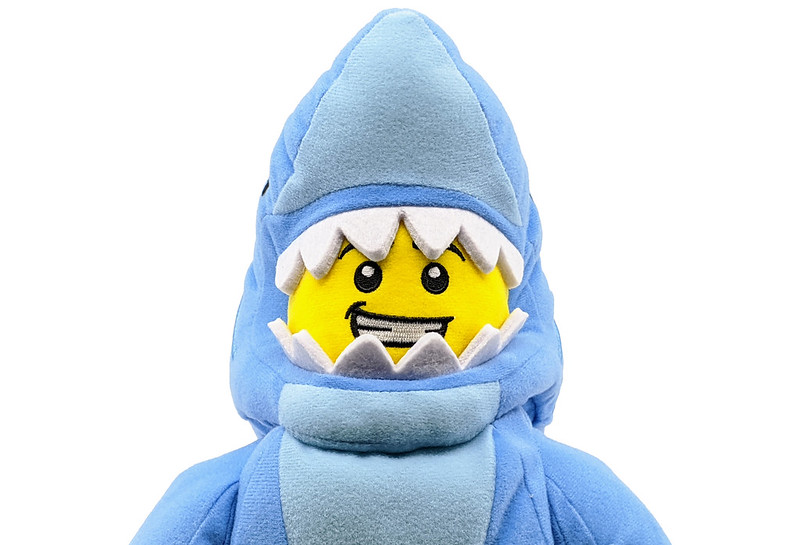 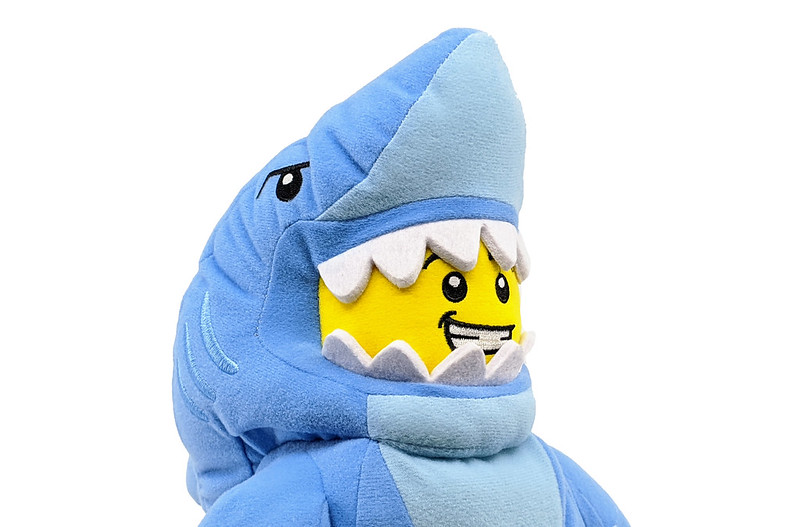 This unique little character is a great inspiration for a much bigger cuddly version. Despite being made from a vastly different material to it’s smaller counterpart, the construction of the plush version is very impressive. It looks exactly as you’d expect it to and is shaped nicely for a soft toy, whilst still being nice and cuddly. One thing I like is the way the legs have been crafted. The feet are reinforced with a harder material so that keep a better shape and can be stood up. 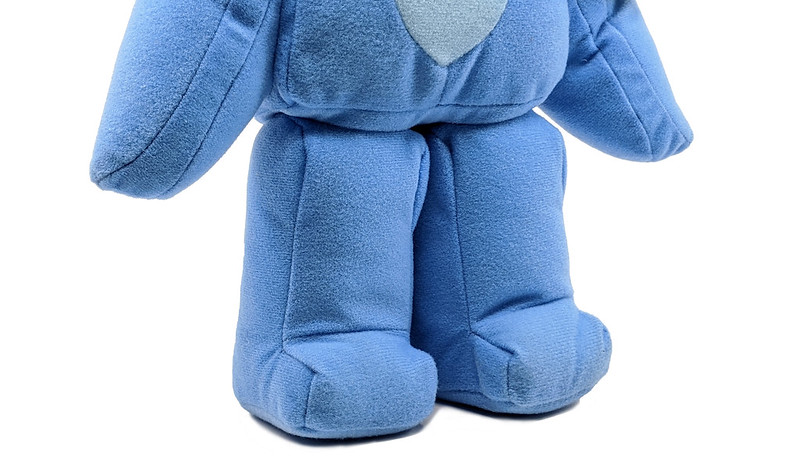 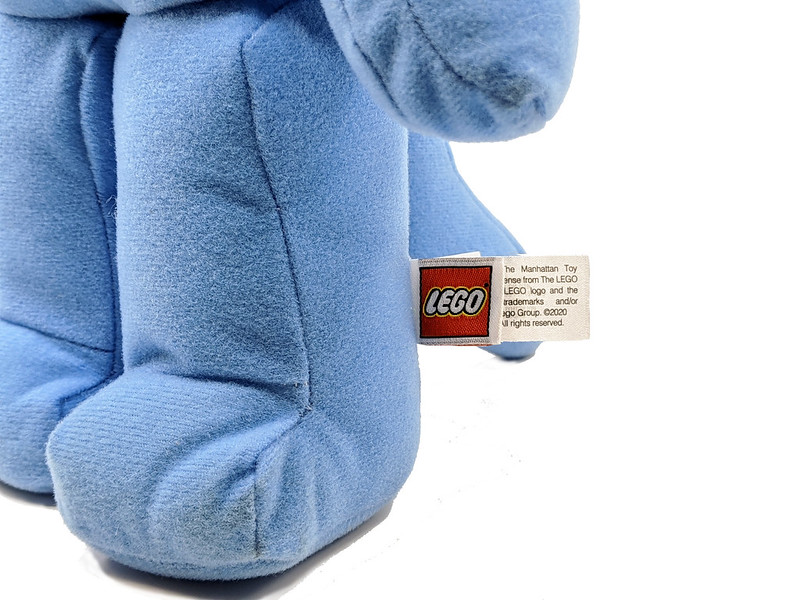 Another thing which makes them look great is the way the face has been done. Some of the recent characters have featured a ‘printed’ face, with a thin vinyl detail used for the face of the Minifigure. The Shark Suit Guy’s face is embroidered, which gives it a much better quality finish. 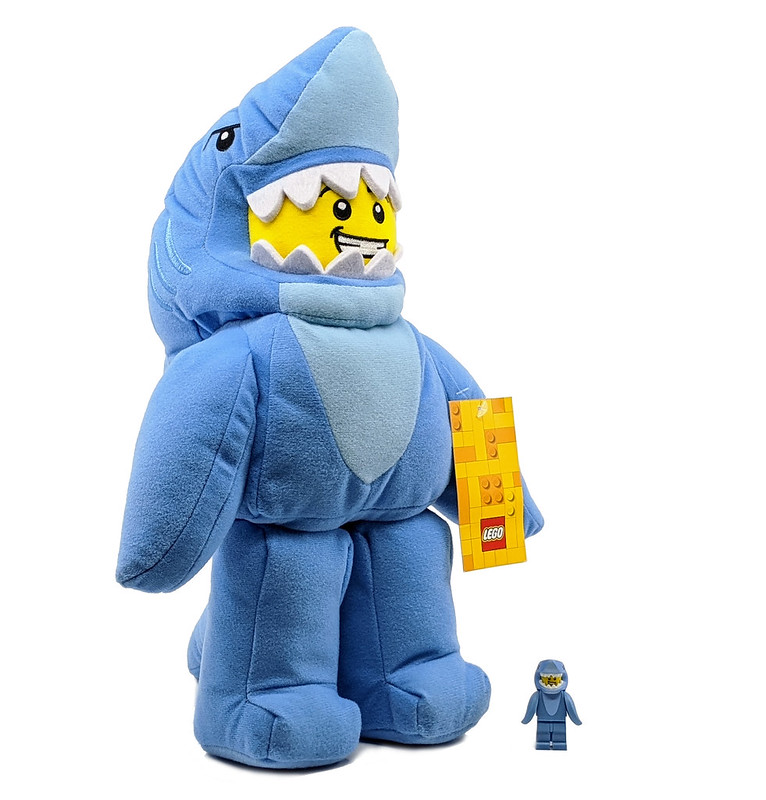 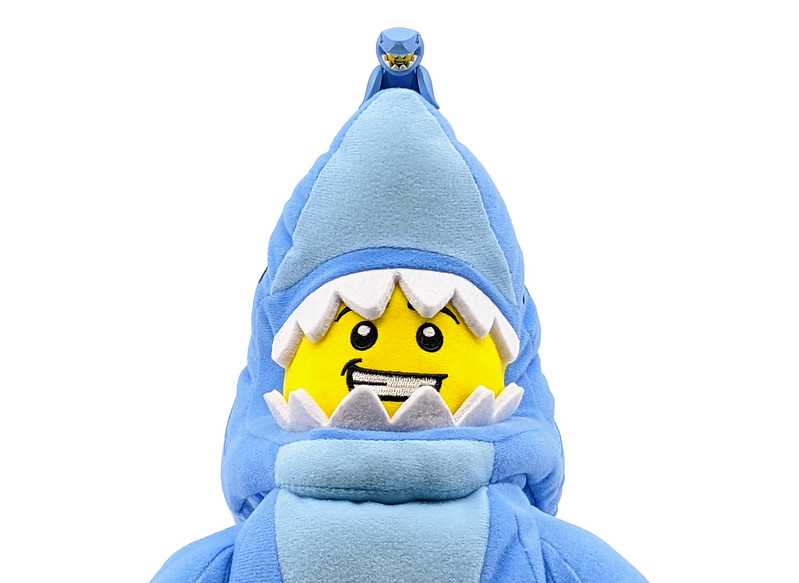 The Minifigure is an iconic symbol of LEGO fandom, so it’s no surprise that its form has been translated into other mediums. Recreating a solid character as a soft toy isn’t that difficult but the unique form of the Minifigure means the cubic shapes can come out a little wonky. But that’s not the case here, the plush Shark Suit Guy is a great recreation of the series 15 Minifigure. It’s a high-quality product, which you’d expect from something carrying the LEGO name. Regardless of your age, a cuddly toy can always bring a smile. Which is certainly true of this nautical loving costumer. I hope we get further characters, here in the UK as the various LEGO Star Wars Plush Toys look just as good as this one. You’ll find the Shark Suit Guy and other LEGO Plush Toys now from Amazon UK and LEGOLAND Stores.