With 2020 in full swing, the final of the major Toy Fairs is currently taking place in New York. The focus for LEGO® this year is to push creativity and build upon its popular themes as well as adding to their ever growing range of IP partners. This year will see the launch of the new arts and crafts theme, LEGO DOTS, along with new additions to the LEGO Star Wars theme, based on the popular Disney+ show, The Mandalorian and much more. If you care at the Toy Fair, you’ll see a number of new products on display including the latest series of LEGO Minifigures, Minions sets and a buildable Droid based on the D-O character from the most recent Star Wars movie.

-From open-ended creativity to hot new characters, novelties will excite kids and kids-at-heart-

NEW YORK, Feb. 21, 2020 /PRNewswire/ — From a fresh new 2D tile-based twist on its system of play that inspires creative confidence to an adorable interstellar pop culture sensation, LEGO Systems, Inc. unveils hundreds of exciting and unexpected ways for children to play and express themselves at the American International Toy Fair. A wide variety of new products will be displayed at booth #1335 in Hall 3B of the Jacob K. Javits Convention Center from February 22-25.

Following years of research, observation and testing with children and parents, LEGO® DOTS translates LEGO play into the arts and crafts space by inspiring children with a new play concept that offers a rich, creative canvas for self-expression. Comprised of 2D tiles in multiple shapes, colors and patterns, LEGO DOTS makes it easy for kids to design functional and wearable products like pencil holders, picture frames, photo cubes, jewelry holders and bracelets.

“This year, we wanted to build on the LEGO heritage of providing families limitless play opportunities to nurture the creative confidence children need for a successful future,” said Skip Kodak, president, LEGO Systems, Inc. “LEGO DOTS is one of most exciting innovations for 2020, translating our commitment to creativity into arts and crafts materials designed to cater to today’s kids’ needs for creative exploration and self-expression.”

LEGO Friends celebrates passions and dreams as it helps kids explore and deepen their interests and identities. Among the line’s launches are five collectible new Play Cubes for animal-lovers who enjoy mini building opportunities centered on playing, collecting and taking their adventures on-the-go. Each comes with a mystery pet and side hinges to connect to other play cubes for fun display.

Fans of LEGO NINJAGO® can transport from NINJAGO City to Prime Empire with new Arcade Pods that inspire Ninja builders to create their own thrilling play adventures. 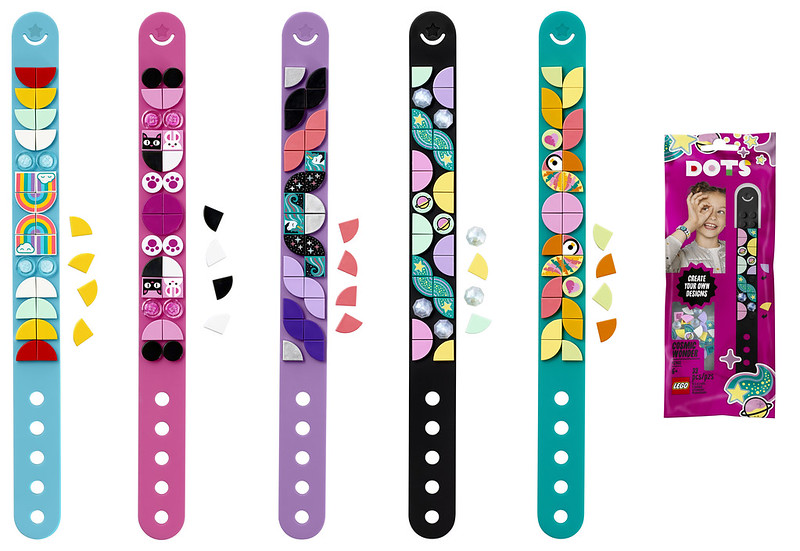 From a galaxy far, far away, LEGO BrickHeadz building set versions of two characters from the Disney+ Star Wars™ series The Mandalorian– “the Child” and “the Mandalorian” – debut at Toy Fair.

To capture magic of Disney™ storytelling, kids can build and role-play with new Storybook Adventure playsets. Each functional “book” is a portable micro-world travel LEGO set that comes with detailed new microdoll figures inspired by iconic Disney characters to help kids take movie-based role-playing to the next level.

Based on Illumination’s upcoming movie, Minions: The Rise of Gru, and displayed for the first time publicly, Gru, Kevin, Stewart and the rest of the mischievous Minions join the LEGO family with the launch of LEGO® Minions building sets.

Families will be inspired to explore their building skills with the latest LEGO Classic and LEGO CREATOR building sets thanks to an exciting new twist on reality TV – LEGO Masters on FOX – where big imaginations meet endless possibilities to showcase some of the most talented creative builders in America.

Reinforcing the company’s commitment to fluid play is a new wave of augmented reality (AR)-enhanced themes, LEGO Hidden Side™, where kids build and then turn a haunted world back to normal, one ghost at a time thanks to a complementary app game. New themes and multiplayer functionality offer kids new, challenging builds and dynamic gameplay options.

“According to NPD Group, the U.S. Building Sets category was a bright spot in 2019, outperforming the industry despite overall decline,” Kodak said. “As families continue to prioritize building sets for their play needs, we’re excited to reinvent our play system to feel fresh and relevant in order to capture the imaginations of even more American kids.”

Additional LEGO sets launching in the second half of the year will be announced at a later date.