You may have seen various LEGO® plush toys over the last few years. But for LEGO fans in the UK, they aren’t the easiest things to get hold of, unlike in the US where they are readily available in stores like Target. A couple of characters have appeared on LEGO.com and LEGOLAND Stores stock them, but not everyone can get to one of those, especially nowadays. With a new LEGO Plush based on The Child from The Mandalorian recently appearing in the US, I did some digging and contacted the marker to see if there were plans to bring the cuddly Child to the UK. Unfortunately, they are still in talks with Disney, but I was told that the various other LEGO Plush toys based on LEGO Minifigures characters are now available from Amazon UK. So they are much easier to get hold of, no matter where you live.

You’ll find characters including Shark Suit Suit, Butterfly Girl, and the Masters of Spinjitzu plus many more now on Amazon. But that’s not all, there will be more characters added to the range, which will hopefully include the Star Wars characters.

Who else would you like see get the Plush Toy treatment? Let us know in the comment below or on social media and I’ll be passing them onto the Manhatten Toy Company. I’ve suggested Mayor Fleck from LEGO City Adventures. 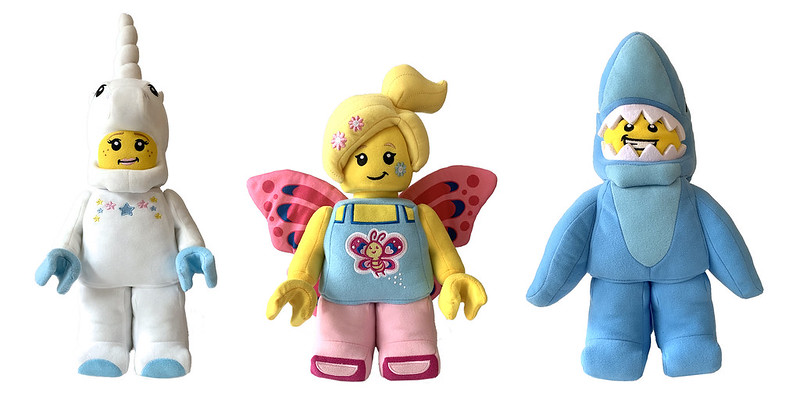