If you like LEGO Books then today is going to delight you as another LEGO title is published today. The LEGO NEXO KNIGHTS Character Encyclopedia is now available. The book includes an exclusive Clay minifigure along with a Chrome Bell NEXO Power. It also takes a look at the entire range of NEXO KNIGHTS sets and minifigures released across 2016 and 2017 as well as some of the NEXO powers the NEXO KNIGHTS call upon to take on the monstrous foe unleashed by Jestro. The LEGO NEXO KNIGHTS Character Encyclopedia is published by DK Books and is available now from Amazon. 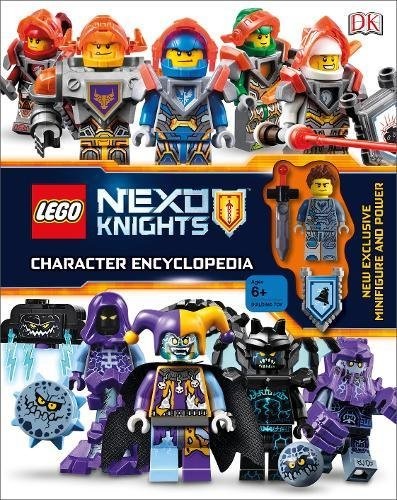 LEGO NEXO KNIGHTS: Character Encyclopedia features all the popular characters from the LEGO NEXO KNIGHTS toys, games, and television show. Meet the knights—Clay, Lance, Macy, Aaron, and Axl—and all the foes they face in the magical land of Knighton. This ultimate guide features all the minifigures and sets from the 2016 and the 2017 NEXO KNIGHTS story lines, plus the awesome NEXO Powers. The character encyclopedia format displays every NEXO KNIGHT character, and is enhanced with additional content on the knights’ vehicles and scannable NEXO Powers. 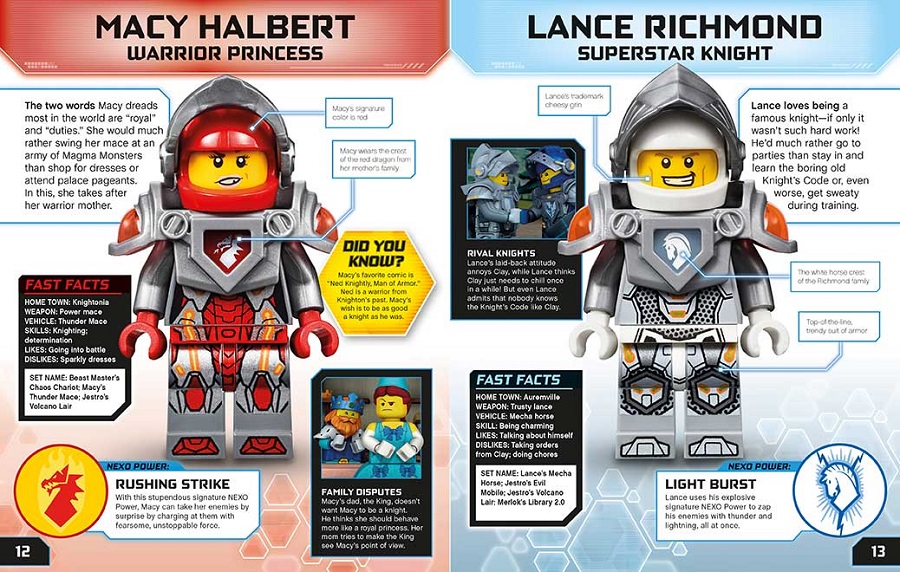 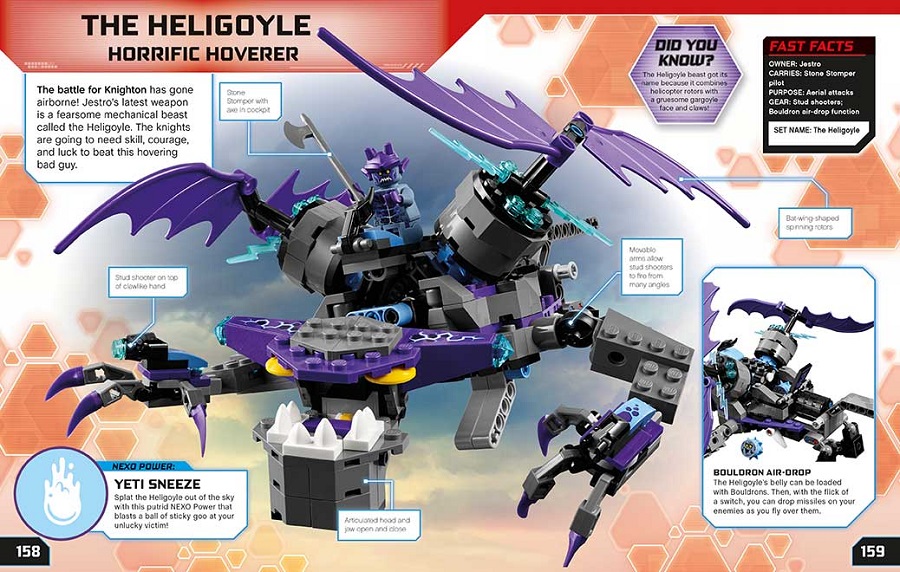 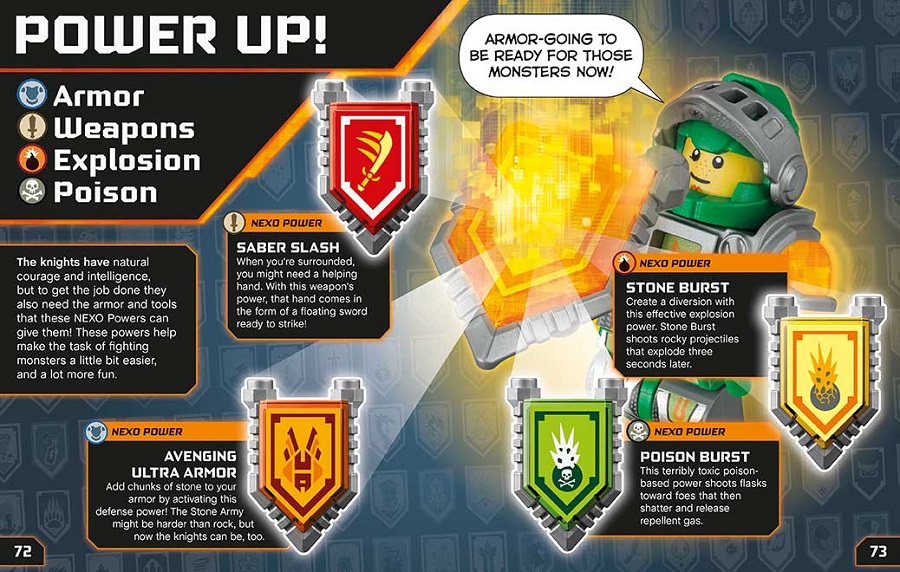 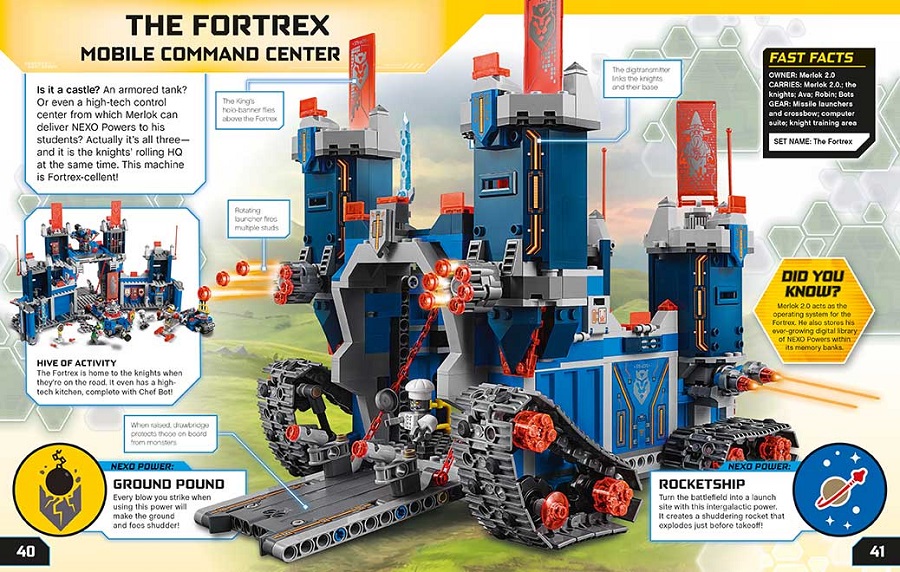