The new series of LEGO® Minifigures shouldn’t be out until September 1st but retail laughs in the face of embargos. Which means they have started to appear in stores already. For those who like to buy a full box, you should get at least three full series. But for those who like to feel up the packets, here’s our handy guide Find ’em Guide. Each Minifigure has a unique element or two to feel out for. Some are obvious like the bike frame but others are less so. Every single character in this series features standard legs, a torso and head. It’s their various accessories and head gear, which sets them apart. Access the mobile friendly visual guide here perfect for when you’re out and about shopping. 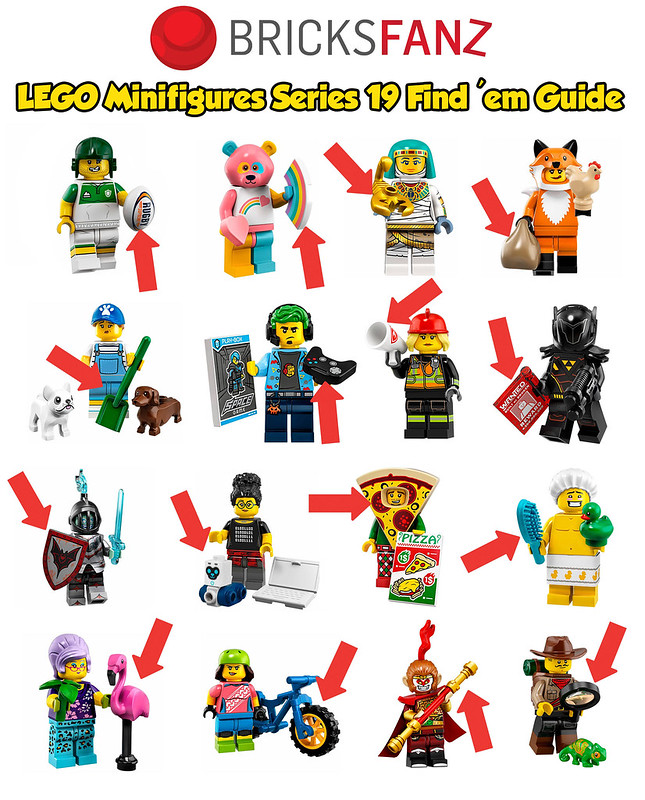