Today marks the 10th anniversary of the LEGO® Minifigure Series and to celebrate this milestone, the first-ever Minifigure Madness Tournament has begun. You’ll be able to vote for your favourite Minifigures from the 64 different characters, ranging from those featured Series 1 through to the upcoming Series 20.

They are grouped into four regions:

Voting takes place on Twitter and the characters with the most votes in each round will face off against each other until a winner is declared. Which Minifigure will come out on top? Follow the tournament here. 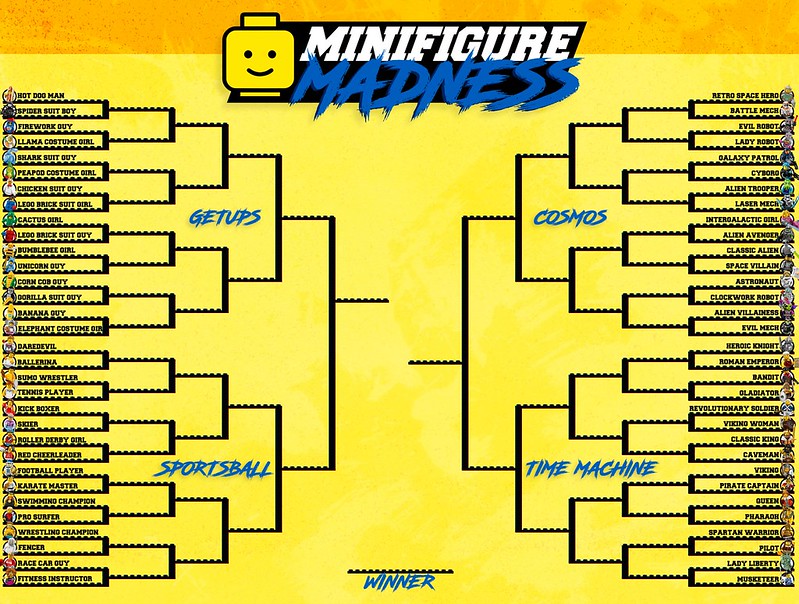 Our friends at @BeyondtheBrick breakdown the match-ups to look out for in Round 1 of #MinifigureMadness pic.twitter.com/LYupSpwazE