The wait is finally over, LEGO® Marvel Super Heroes 2 is now available in the UK. Picking up directly where 2013’s LEGO Marvel Super Heroes left off, this all-new sequel features a completely original new storyline co-written by comic book writer Kurt Busiek. This story brings together a massive gang of iconic Marvel Super Heroes and Super Villains from different time periods and realities, thrown together by Kang the Conquerer. Kang has stolen numerous Marvel cities and locations ripped from time and space to form the huge hub world of Chronopolis. To foil Kang’s diabolical plans, an elite team of Super Heroes must band together in cosmic battle that takes players on an exciting journey across the Marvel Universe. The game also includes a fun new multiplayer mode, with allows up to four-players to battle it out for the amusement of the mighty Grand Master. We’ve been player the game for a few days now and have only scratched the surface of what it has to offer. Our full review will arrive next week until then you can grab LEGO Marvel Super Heroes 2 now for PlayStation 4, Xbox One and PC, with the Nintendo Switch version arriving December 1st. You can also get the LEGO Marvel Super Heroes 2 Season Pass now directly from the main menu of the game, this costs £11.99 and includes access to the follow, as and when they become available: 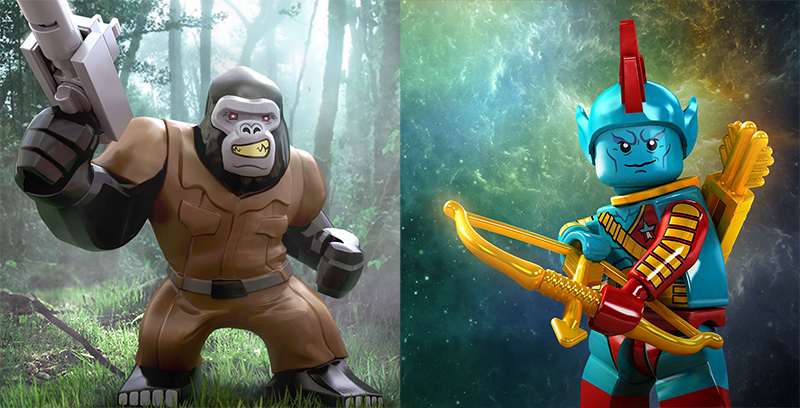