With the release date of Avengers: Infinity War now moved to April 27th worldwide, you can build the exciting for the latest Marvel adventure, quite literally with the brand new range of LEGO® Marvel Super Heroes sets based on the first part of the Infinity War two-parter. There are six playsets now available along with The Hulkbuster: Ultron Edition set which also releases today. Plus spend £20 or more and LEGO Marvel Super Heroes sets to get a free Hulkbuster art print and spend £55 or more to get a free Guardians Ship polybag. 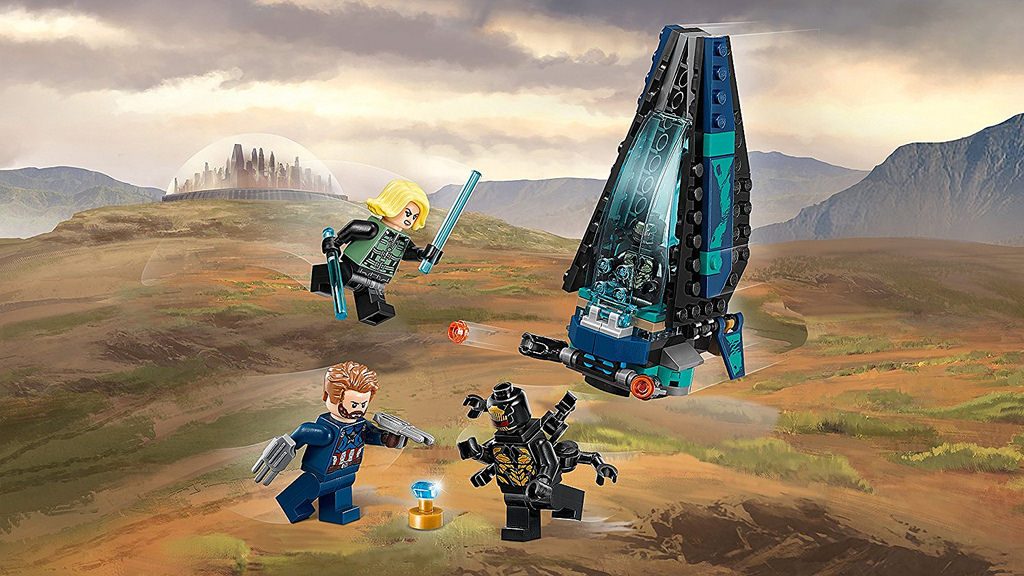 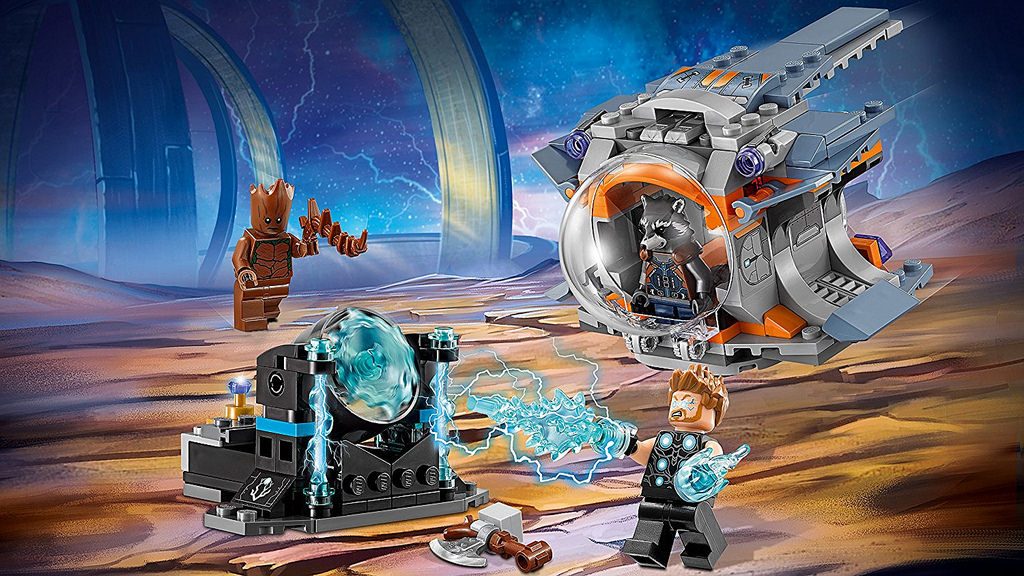 Join Thor, Rocket and Groot on a thrilling Avengers mission with LEGO® Marvel Super Heroes 76102 Thor’s Weapon Quest. This super hero toy features an Escape Pod with an opening cockpit for 3 minifigures and 2 stud shooters, plus a space station with a cosmic power source, weapon and features, the Infinity Stone element and stand, 3 minifigures and 10 Power Burst elements. 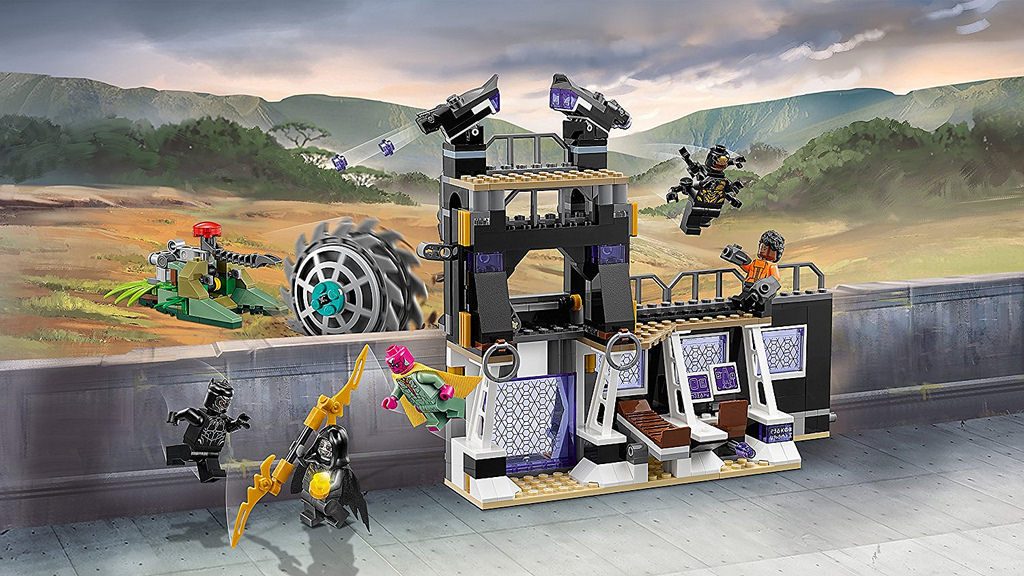 Stage an awesome battle at the Wakandan wall with Vision, Shuri and Black Panther against Corvus Glaive and an Outrider with this LEGO® Marvel Super Heroes 76103 Corvus Glaive Thresher Attack set. The wall features a lever-operated opening gate, tower with rotating, dual stud-shooting turrets, hidden disc shooter, Wakandan lab with flip function and the Infinity Stone element. The bad guys are attacking with a Thresher launcher—hit the right spot on the wall with the Thresher to activate the lab’s flip function. This super hero toy also includes 5 minifigures. 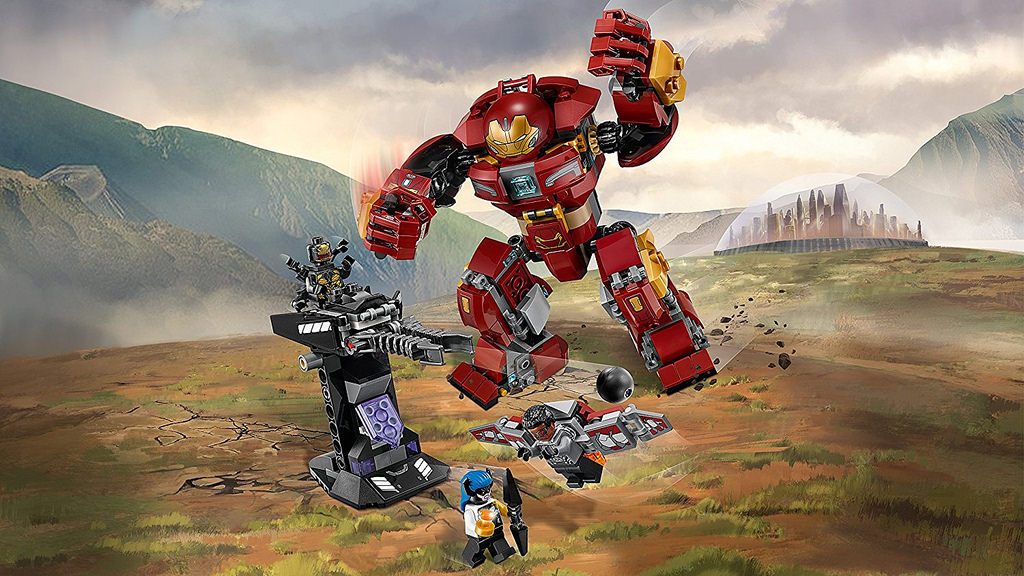 Fly into conflict on an uncharted planet aboard The Guardians’ Ship with Iron Man, Star-Lord and Gamora in this LEGO® Marvel Super Heroes 76107 Thanos: Ultimate Battle set. The Guardians’ Ship features an opening cockpit for 2 minifigures seated on the space scooter, stud shooters, plus an opening rear compartment with capacity for 2 minifigures and the Infinity Gauntlet and stand. The Infinity Gauntlet, which has attachment points for the included Infinity Stone and other collectable Infinity Stone elements, can be attached to the Thanos big figure. This exciting set features 3 minifigures with assorted weapons and 10 Power Burst elements. 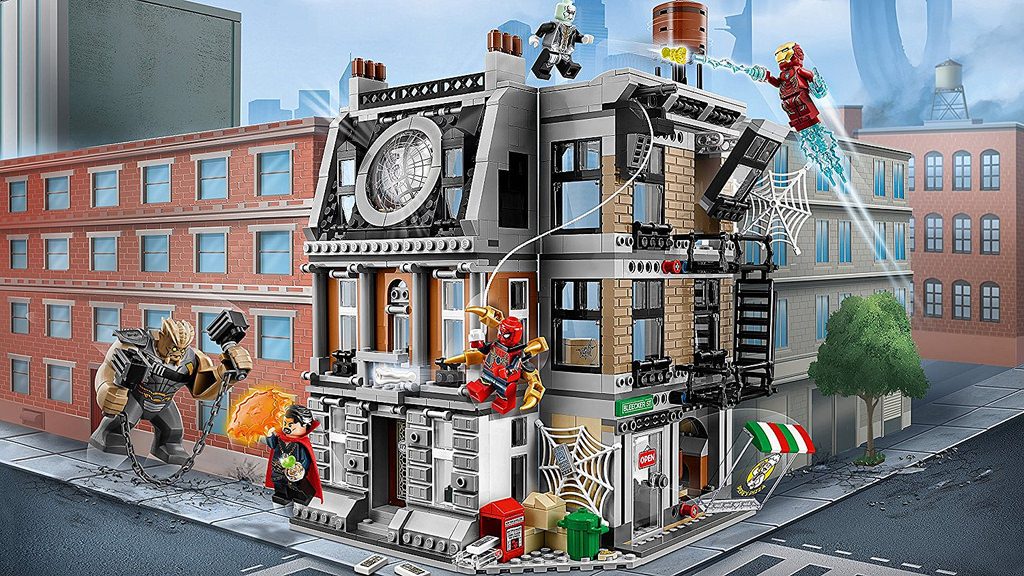 Stage a LEGO® Marvel Super Heroes 76108 Sanctum Sanctorum Showdown between Iron Spider-Man, Iron Man and Doctor Strange and the super villains. This all-action set features a foldable, 3-level New York City building including Doctor Strange’s Sanctum Sanctorum, with an exploding wall function and hidden Infinity Stone element, plus a pizzeria and Peter Parker’s apartment, both with exploding window functions. The rooftop has a minifigure-launch function and a water tower with minifigure-winch function for Iron Spider-Man. This superhero toy also includes a detachable street corner scene, plus 4 minifigures and a big figure with weapons and 20 Power Burst elements.