It’s time for the second part of BricksFanz monthly round-up of new LEGO® Magazines and their cover-mounted LEGO goodies. Joining the LEGO Magazines I’ve already taken a look at this March, are the new issues of the LEGO City and LEGO Star Wars Magazines. Both include Limited Edition LEGO sets, with the LEGO City Magazine featuring the first ever named character. There will also be a brand new LEGO magazine joining the line-up next month, more on that soon! Check that out below along with the LEGO City and LEGO Star Wars minibuilds. With the advice to stay at home, you could ask your local newsagent to get hold of copies of these LEGO magazines for delivery to your door or you can order them online via the link below. Stay safe, stay at home!

Plus Still On Sale… 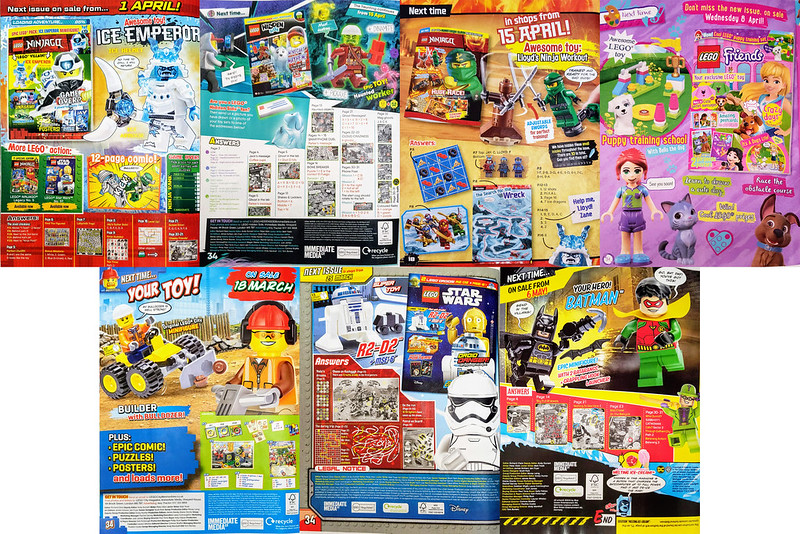