It’s been a long time but the BricksFanz LEGO® Magazine Round-up is finally back! Due to COVID-19 I’m been unable to bring you the regular LEGO magazine feature as my review copies have been greatly delayed. As shops have been closed and I’ve been shielding tracking down the latest copies hasn’t really been essential. However, I now have all the current issues so it’s round-up time once again.

After all this time there are a few developments in the world of LEGO magazines. A new title is set to join the line-up next month. LEGO Super Hero Legends with combine the current LEGO Batman magazine with a new LEGO Marvel one. With the magazine flipping between the two comic book worlds with each issue and the first will be LEGO Batman. Although we get another new magazine, it’s rumoured that the LEGO Friends and LEGO Hidden Side magazines will be closed in a few issues time. You may have seen a new magazine called LEGO Explorer. It’s currently available in Germany and includes a STEM-themed polybag. It’s not currently listed for a UK release, but that will hopefully change.

Remember release dates could change due to the current situation. You could ask your local newsagent to get hold of copies of these LEGO magazines for delivery to your door or you can order them online via the link below.

The LEGO Magazine range can be found in WHSmith, Asda, Aldi, Tesco, Morrisons and Sainsbury’s stores. You can also have them delivered worldwide here. Please note that not all retailers will stock every title and publication dates are subject to change. As always thanks to Immediate Media for sending us copies of the LEGO Magazine range. 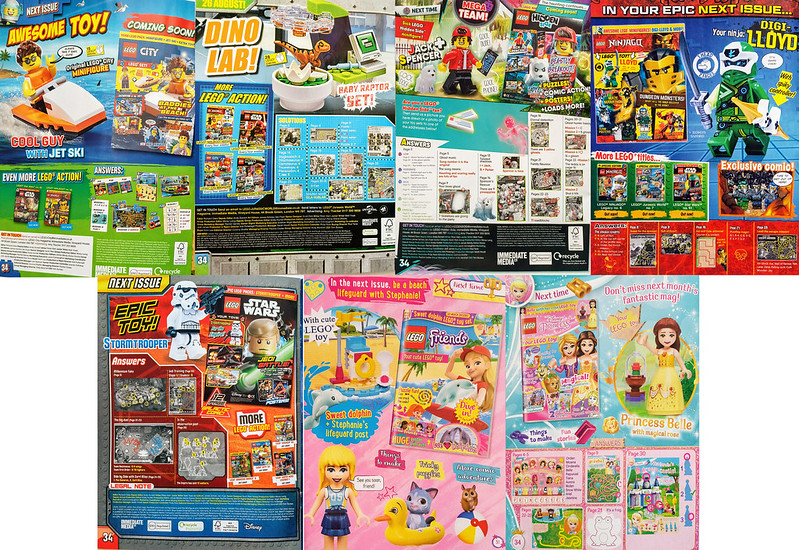